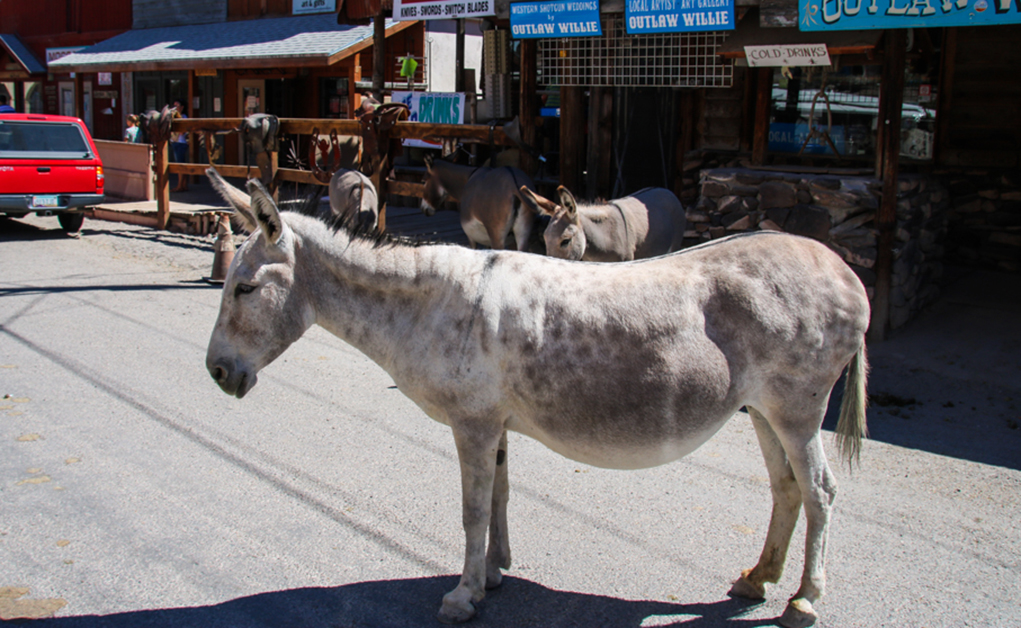 Oatman, Ariz., is a great place to visit to get a glimpse of what life was like in a mining camp more than a century ago. 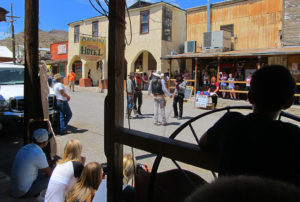 The tourist attraction in the Black Mountains of Mohave County, which is visited by more than 500,000 people each year, is perhaps best known for its burros – descendants of the miners’ burros – that roam the streets looking for carrots and pellets offered by tourists. The once ghost town is vibrant today, with its main street wooden sidewalks lined with shops that sell handmade jewelry, Indian jewelry, clothing, blankets, handmade leather goods, knives and souvenirs. Staged gunfights take place in Oatman’s streets on weekends.

Oatman was a mining camp more than 100 years ago. In 1915, miners struck a $10 million gold vein and when word got out, prospectors immediately flocked there. Within a year, the town’s population ballooned to more than 3,500. 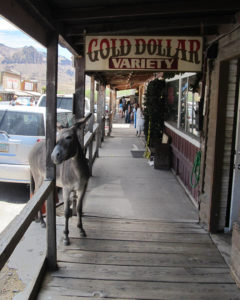 The town and its hotel, were named after Olive Oatman, who was kidnapped by an Apache tribe when she was a young girl, sold to Mojave Indians, and later rescued in a trade in 1857.

Between 1903 and 1905, Oatman had a narrow gauge train that ran 17 miles to the Colorado River near Needles, Calif.

But the booming population and mining industry were short-lived. In 1921, a fire burned down many of the shacks, and in 1924, the mining company, United Eastern Mines, shut down operations for good. Oatman survived by catering to travelers on Route 66. When I-40 was built, Route 66 was all but abandoned and Oatman became a ghost town.

During the 1950s and 1960s, the only store in operation was the Olive Oatman Hotel restaurant. But the town eventually rebuilt exact replicas of the shops that had been burned down, and Oatman was rediscovered. Today, tour buses bring groups into the town to shop, visit the mine and watch the gunfights. It is an especially popular destination for car clubs and motorcycle groups. 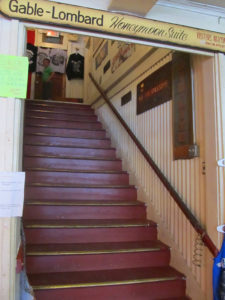 The Olive Oatman Hotel and Saloon was built in 1902, and is the oldest two-story adobe structure in Mohave County. It housed many miners, movie stars and politicians. Clark Gable and Carol Lombard spent their honeymoon at the hotel on March 18, 1939. Gable often returned there to play poker with the local miners.

Oatman has also been the location for several movies, including “How the West Was Won” and “Edge of Eternity.” Tourists are treated to a spectacular sight when entering the hotel restaurant. All of the walls, ceilings, and stairs are completely covered with dollar bills that tourists tack up. Most have people’s names and dates on them, and they enjoy finding their dollar bill the next time they visit. 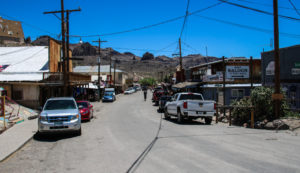 To get to Oatman from Kingman, take I-40 to exit 44, also known as Shinarump Drive. Go west on Shinarump Drive about 1/8 mile, then turn left on Oatman Highway. It’s 23 miles to Oatman. The road is legally accessible by any vehicle under 40 feet in length, but this is not a road for large motorhomes.

From Lake Havasu, take State Route 95 north to I-40 west. Take Exit 1 toward Golden Shores/Oatman, then turn right onto Oatman/Topock Highway, which is County Highway 10. Proceed 25 miles to Oatman. Total trip is 54 miles. 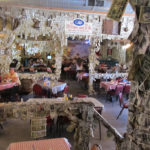 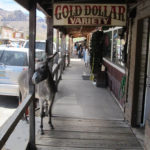 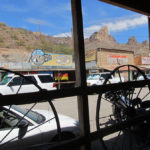 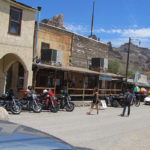 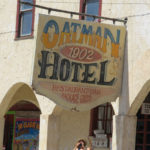 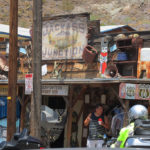 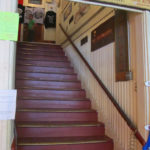 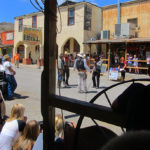 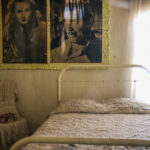 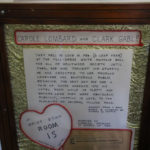 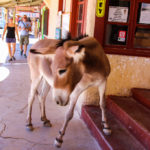 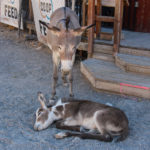 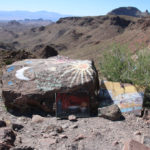 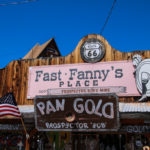 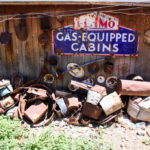 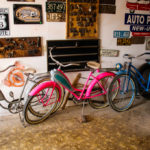 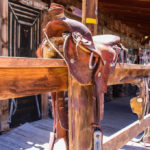 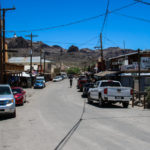 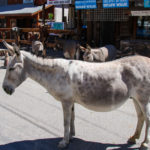