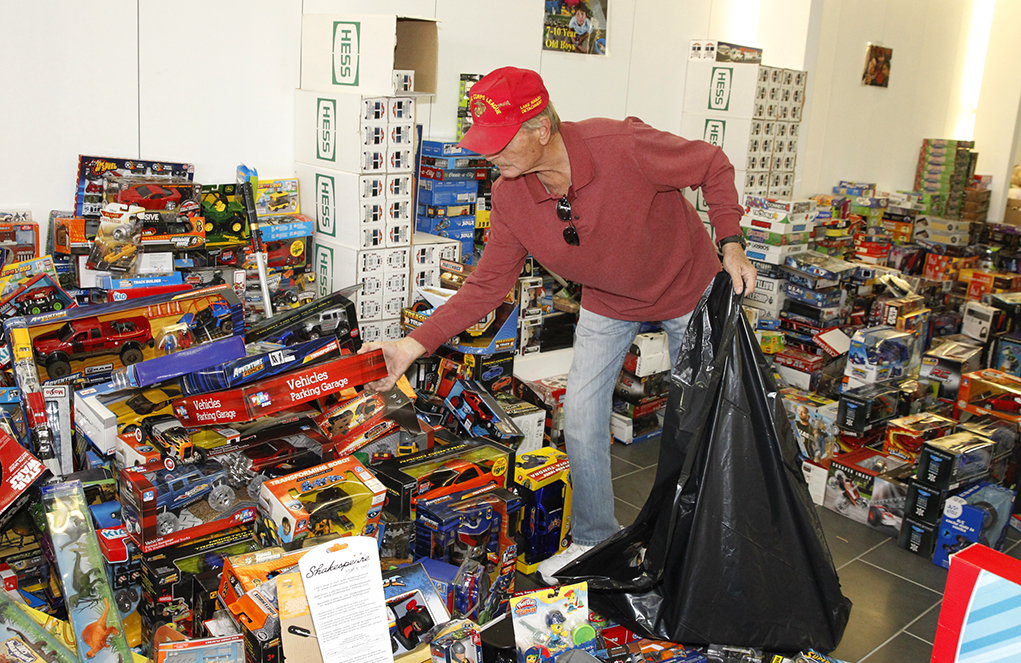 Christmastime can be a time of stress for some families, as they struggle with how to provide gifts for their children on Christmas morning. That’s where Toys for Tots, an annual program created by the U.S. Marine Corps Reserve, comes to the rescue.

According to the Toys for Tots website, their mission is to: “to collect new, unwrapped toys during October, November and December each year, and distribute those toys as Christmas gifts to less fortunate children in the community in which the campaign is conducted.” 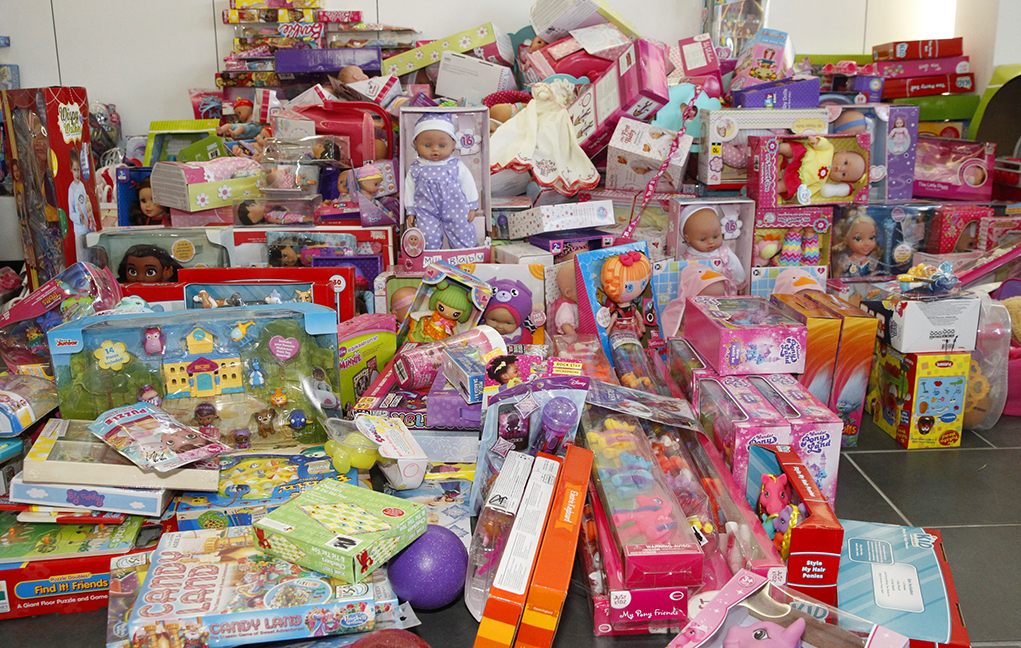 Toys are ready to be given to families for Christmas. Jillian Danielson/RiverScene

Lake Havasu’s campaign is conducted by the Kiwanis Club of Lake Havasu and the U.S. Marine Corps League. Children are selected to receive gifts through forms filled out by their parent or guardians.

“Forms are sent to the participating pre-schools, district schools and charter schools,” said Lisa Theophilus, the co-chair for Toys for Tots through Kiwanis. “All children must be registered in local schools, unless younger than school age, and parents or guardians must bring identification and proof of residency in Lake Havasu City.  The school nurses/counselors send home forms to those families they know are in need of help for Christmas.”

The new, unwrapped toys are collected through monetary donations and toy drives, along with help from both national and local businesses.

One local company that cares deeply about the Toys for Tots drive is Havasu 95 Speedway. Rather than donating toys though, the Speedway donates bicycles, scooters and skateboards. 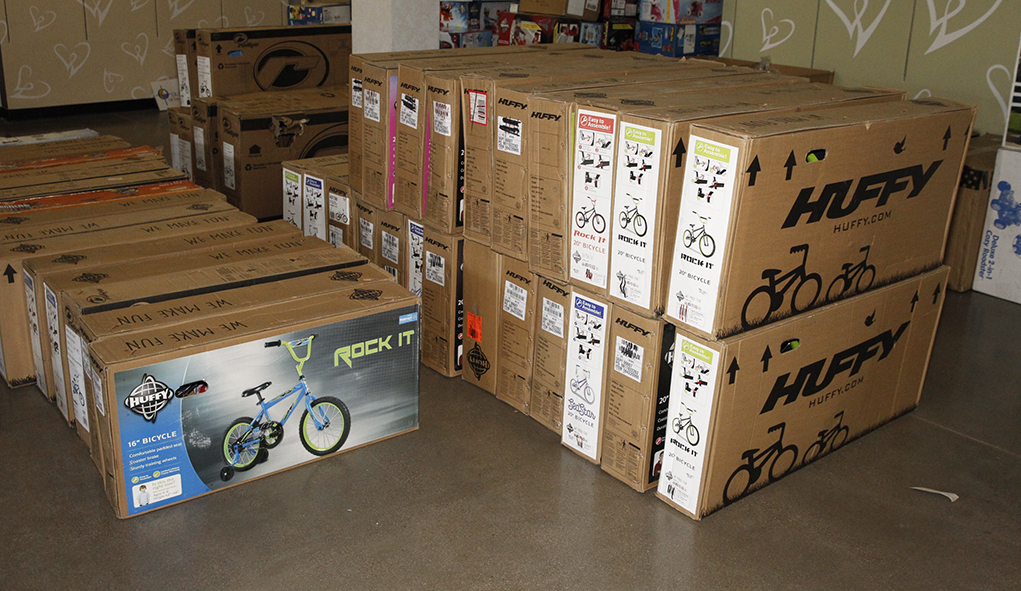 Bikes donated by Havasu 95 Speedway are ready to be given to faimlies for Christmas. Jillian Danielson/RiverScene

Through the Toys for Tots drive, every child registered will receive at least five gifts, according to Theophilus. All gifts were handed out Dec. 16. 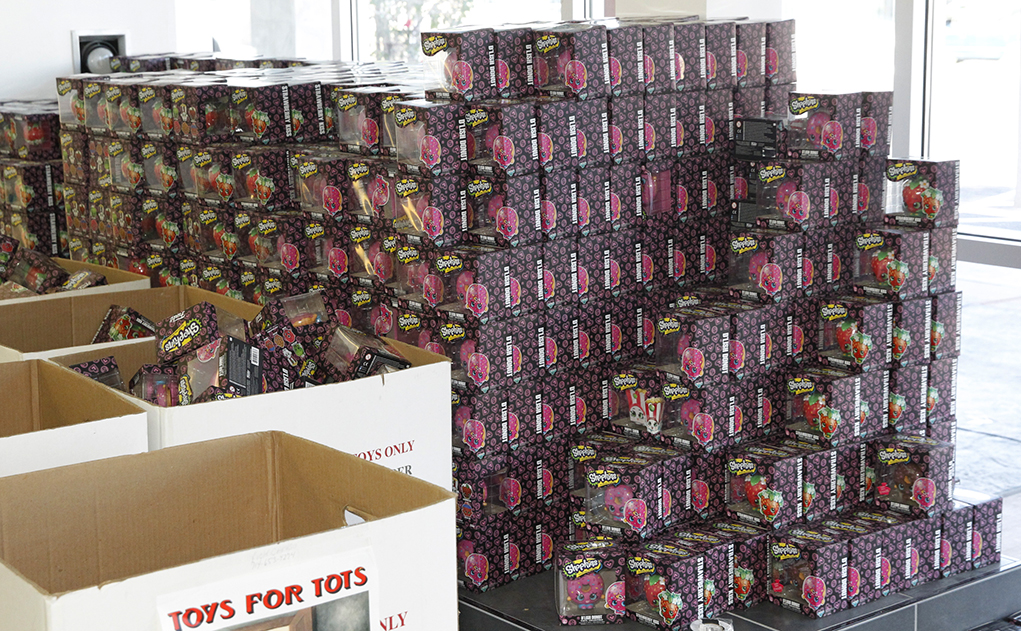 Shopkins donated by Funko, are ready to be handed out to families for Christmas. Jillian Danielson/RiverScene