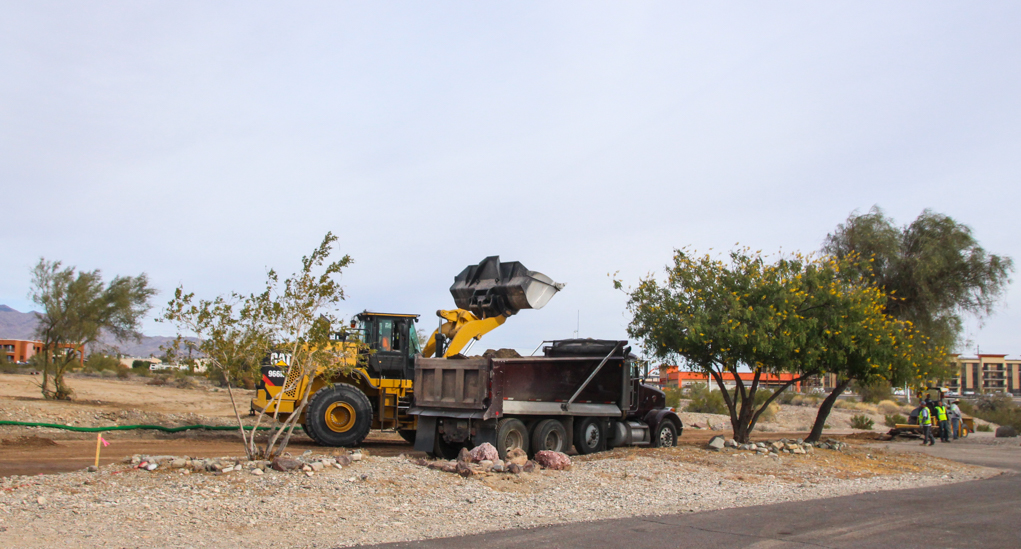 With a fresh year comes some fresh changes for the Lake Havasu State Park. Known as Windsor Beach, the marina, park and lodging area located off London Bridge Road are getting upgrades, according to Skip Varney, chief of development and construction for AZ State Parks and Trails.

Remodeling can be seen as visitors enter the park. The entrance road to the park on the intersection of Industrial Boulevard and London Bridge Road is being expanded. Originally, the entrance was a single-lane pathway that diverges into one lane leading to the window of the ranger contact station with one bypass lane, Varney said.

Crews are hard at work widening the roads at Winsor Beach. Rick Powell/RiverScene

Now, the entrance road is being expanded into two full lanes that lead to the ranger contact station with a full by-pass lane. This expansion is expected to lower congestion during high traffic times and make entering the park smoother.

Moving lakeside past the ranger station, the boat launch ramp area is getting a “face lift.” Over years of use and the natural movement of land, the current boat launch is suffering from water infiltration that leads to cracked pavement, higher water levels near the shore and an overall rockier launch for boaters.

To counteract this phenomenon, construction crews are milling the surface of the launch and repaving the area. This will bring up the launch to a higher, safer level to making seamless launching that boaters expect and appreciate.

In addition to renovations of existing areas, the park is adding some new features to better accommodate overnight visitors. The Lake Havasu State Park has announced the addition of a new cabin loop. 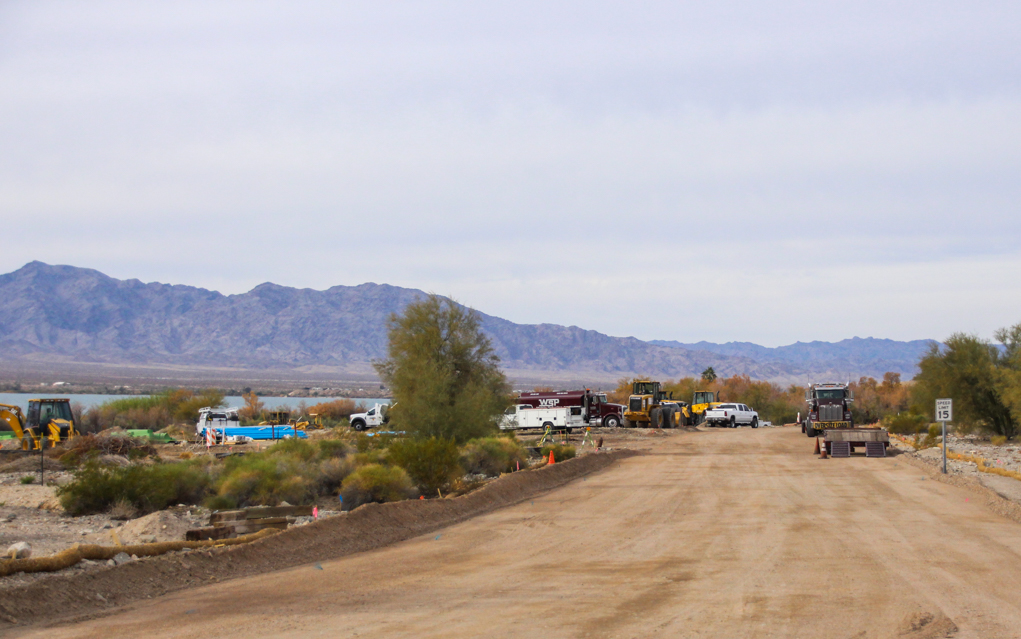 The new cabin sites will be between the Cactus Gardens and the Central launch ramps at Windsor Beach. Rick Powell/RiverScene

Sitting near the Arroyo De Camino Cactus Garden will be a seven-cabin addition. With each cabin will come an RV hook-up site to accommodate every type of camper visiting the park.

As the main road, daily use over many years can lead to wear and tear. Therefore, the park is giving the road a fresh coat of pavement.

In a later phase of the additions and renovations, the park is planning to add a new bike path and walking trails. 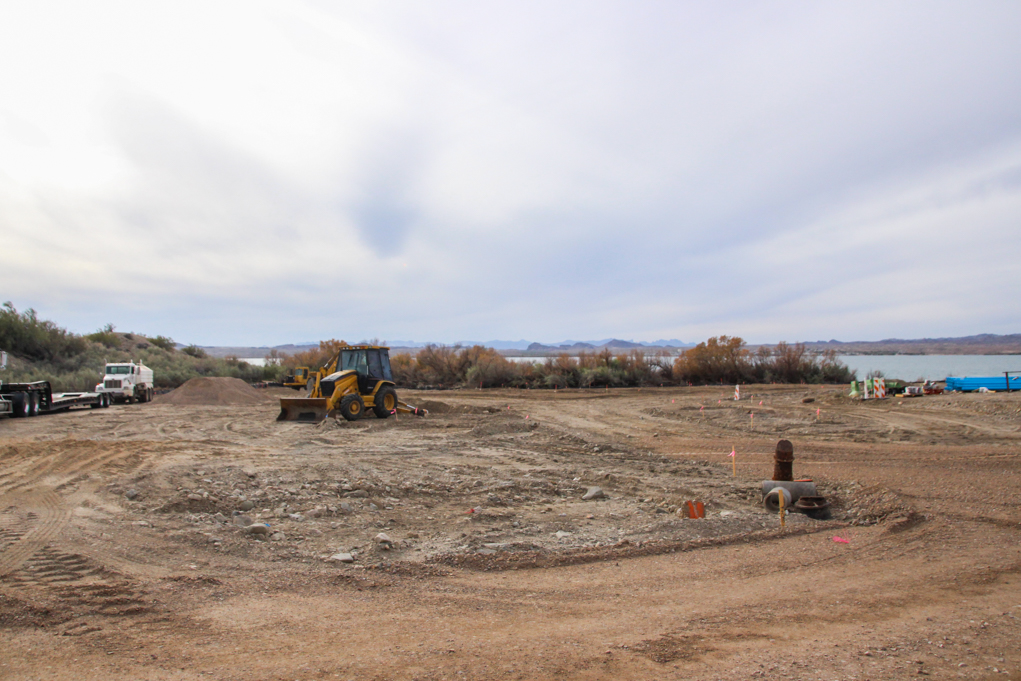 “We are putting a lot of resources in every state park and balancing all of our parks” Varney said.

Lake Havasu State Park is home to wildlife, vegetation and nature enthusiasts. Lining Lake Havasu, the park is a treasure to the city. 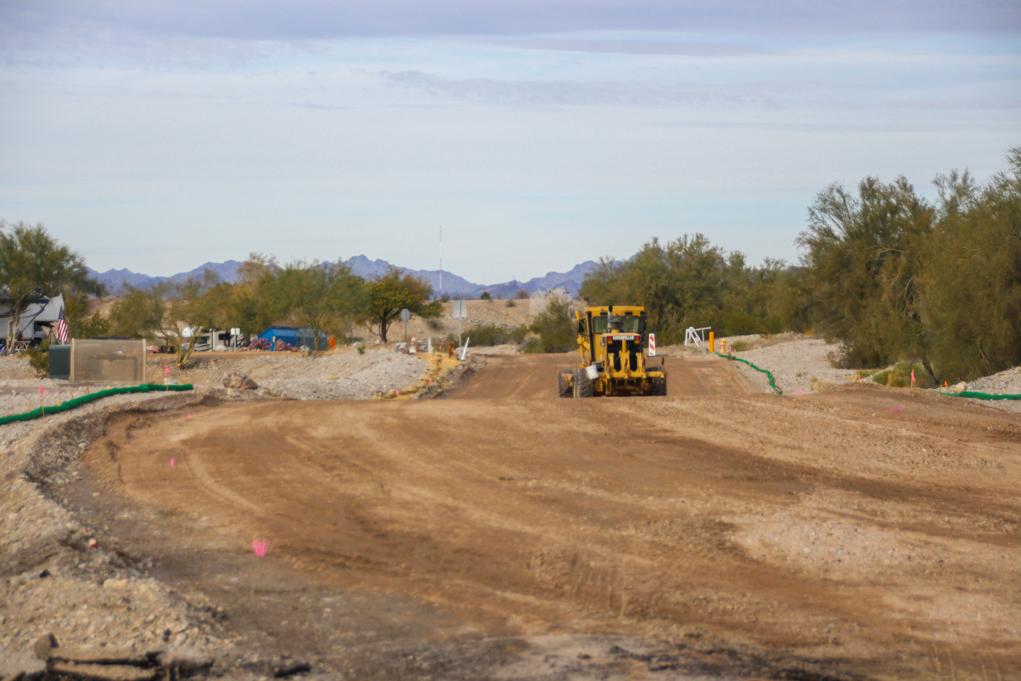 The roadways through out Windsor Beach are being widened to include walking and biking pathways. Rick Powell/Riverscene

The renovations and additions were started in December 2017 and are expected to be completed by February of 2018.

During construction hours, much of the park will be open to the public. The main entrance road is still open for boat launchers and beach goers. Windsor 4 is also open to beach goers.

Likewise, the construction should not interfere with the 2018 Havasu Balloonfest beginning  Jan. 18 at Windsor 4.