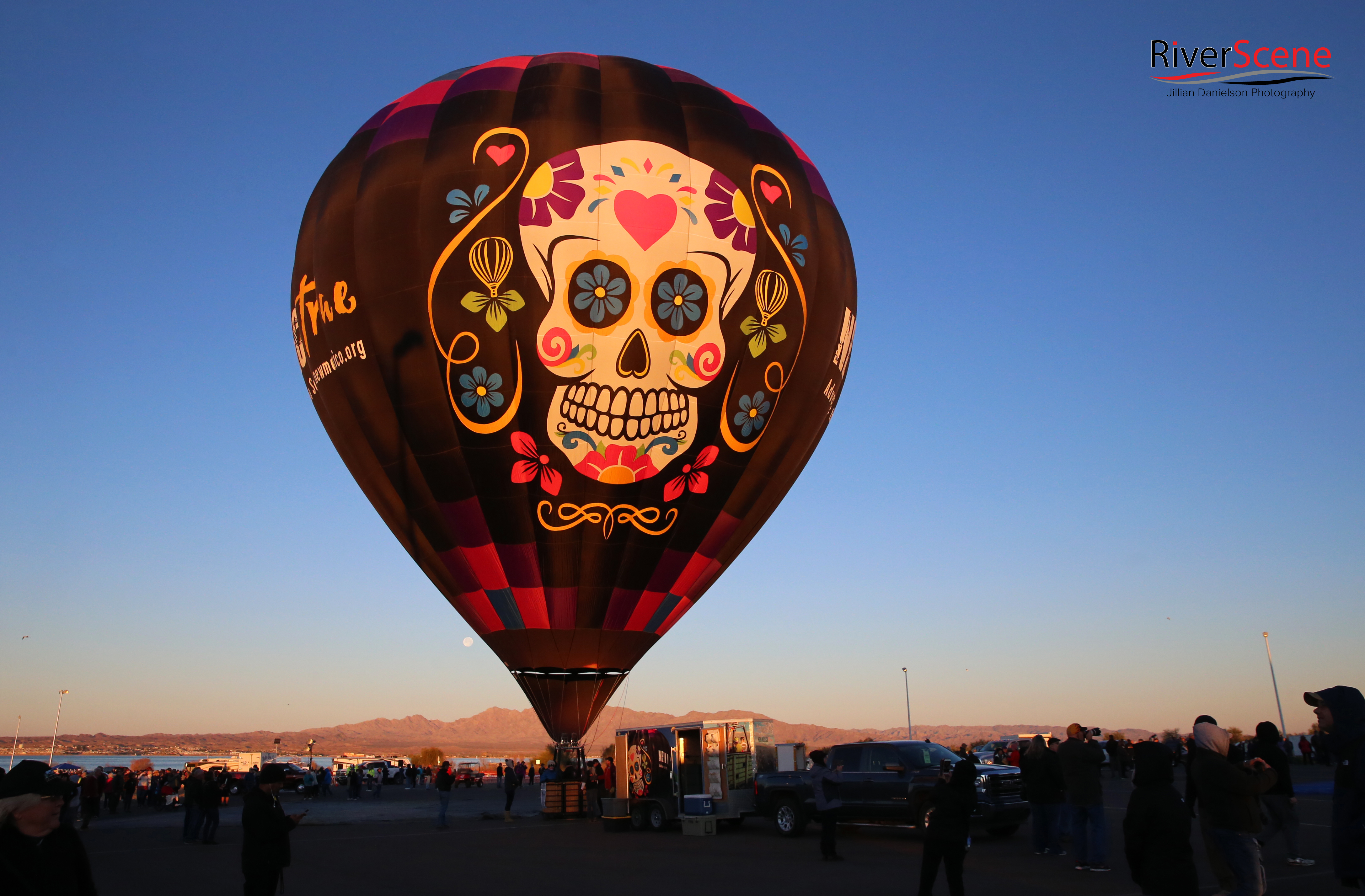 The Lake Havasu Balloon Festival and Fair continues its ascent into the desert sky this weekend as pilots entertain onlookers for miles. Lake Havasu State Park (Windsor 4) is teeming with more than 70 balloons this year, delighting fans with classic shapes as well as some exciting new entries. Some could be seen floating across the sky this morning. 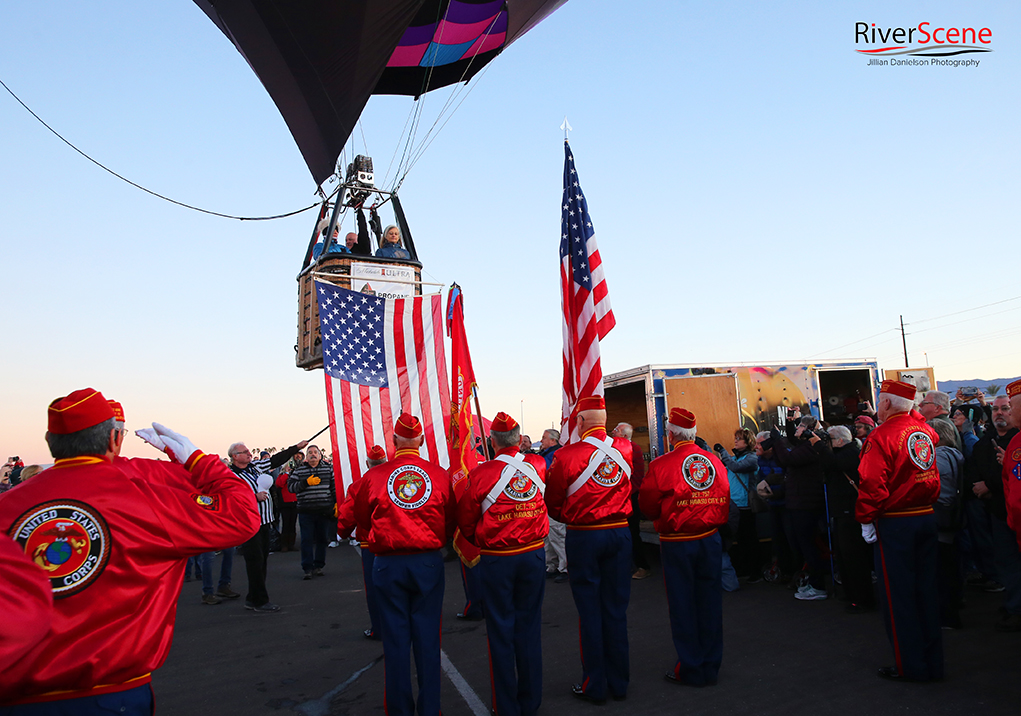 Kathy Reineke, who has been piloting for 36 years said, “The special shapes are crowd pleasers.”

Her husband Dave, a pilot for 38 years, takes to the skies in a Pirate Parrot, complete with a peg leg. “It’s a fun hobby. We’ve been doing it a long time,” Reineke, who pilots a traditional shaped balloon, said. 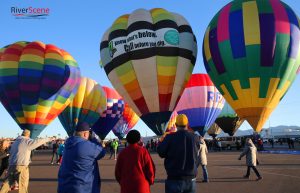 Reineke described her first time climbing into the balloon basket with her husband as pilot. “I was like, no, you’re never going to get me in that little basket up there. But then he got his license and so, I finally just went for a ride in it. It was fine. So, I decided if he was going to do this I might as well learn how to do it too. It’s a family sport, our kids grew up with ballooning.” 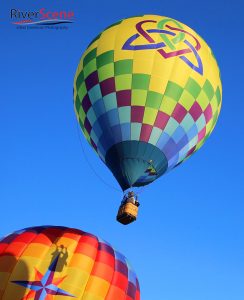 The Reinekes are a couple among many who travel the world to share their hobby. Last summer, they shipped their balloon overseas to Taiwan for a 45-day festival, one of the longest festivals in the world.

Traveling requires a great deal of local support as they descend upon new venues throughout the world. Local crews of volunteers are put together to assist the pilots each year on the ground. In addition, Reineke highlights the importance of sponsorship by local businesses like Patio Paradise that have sponsored their balloons the past nine years. 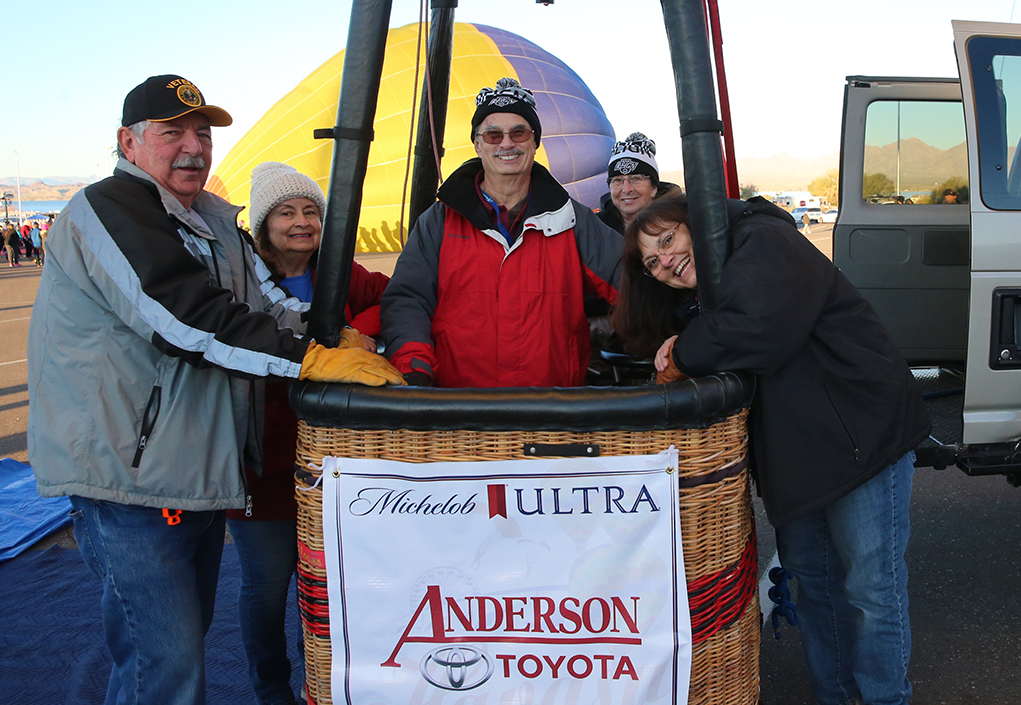 Pilot Dale Wong and his crew pose for a photo Saturday morning at the Havasu Balloon Festival. Jillian Danielson/RiverScene

Betsy Kleiss, a pilot for 22 years, has been a part of the annual festival for eight years. She began in 1990 as a crew member and never looked back. Kleiss rcalled a flight with Dave Reineke.

“Once I got to hit the burners, I said, ‘I have to be a pilot.’” After catching the flying bug, she jokes, “And then I went in debt for life.” 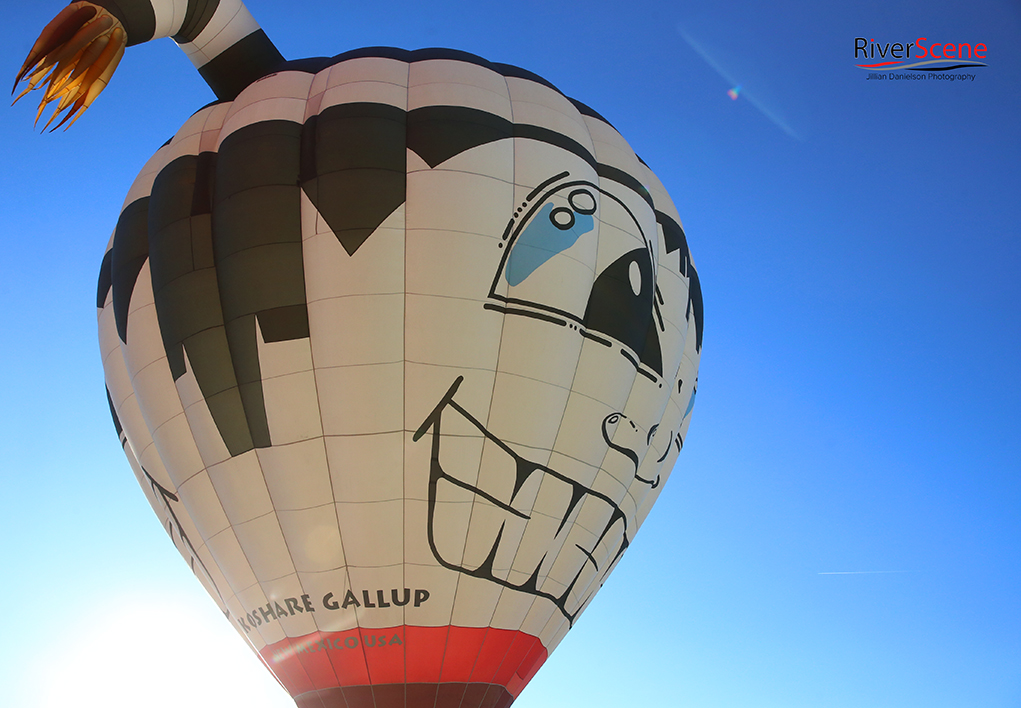 Capture an up-close look at these flying pieces of art through Sunday at 3 p.m.

The festival also features plenty of food, entertainment and activities for all families. 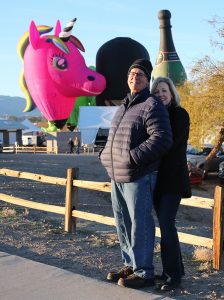 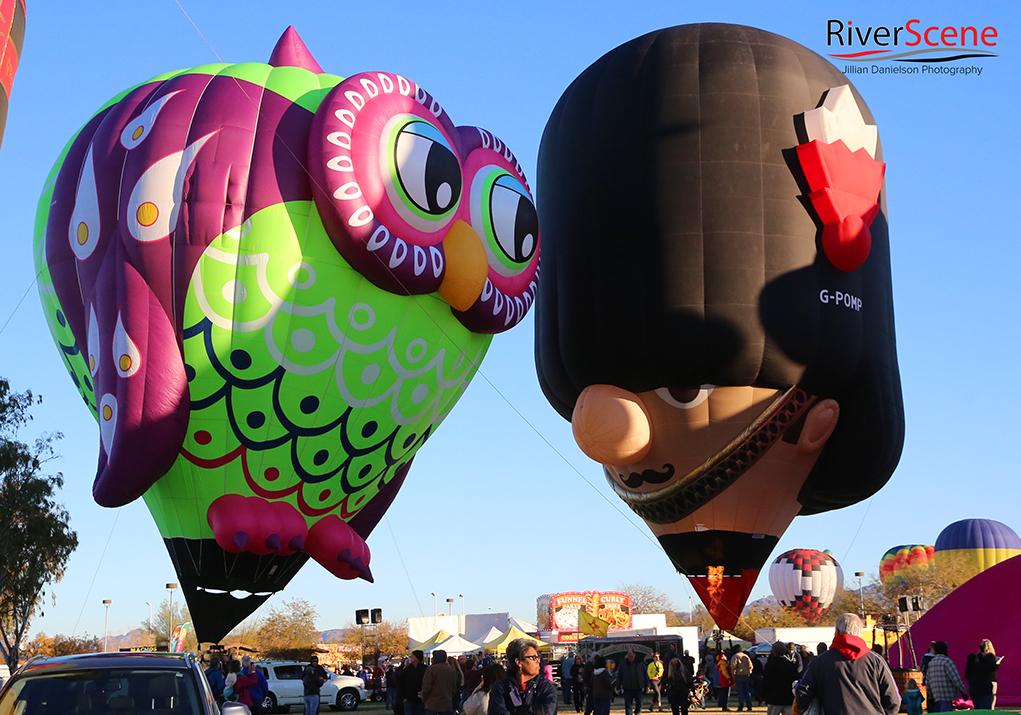 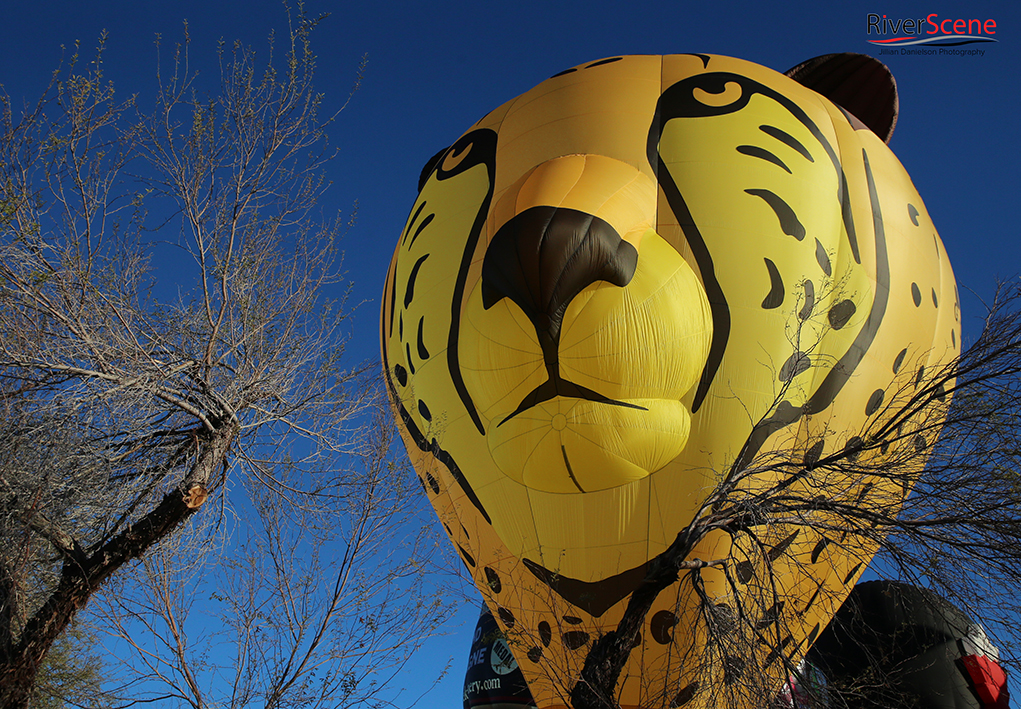 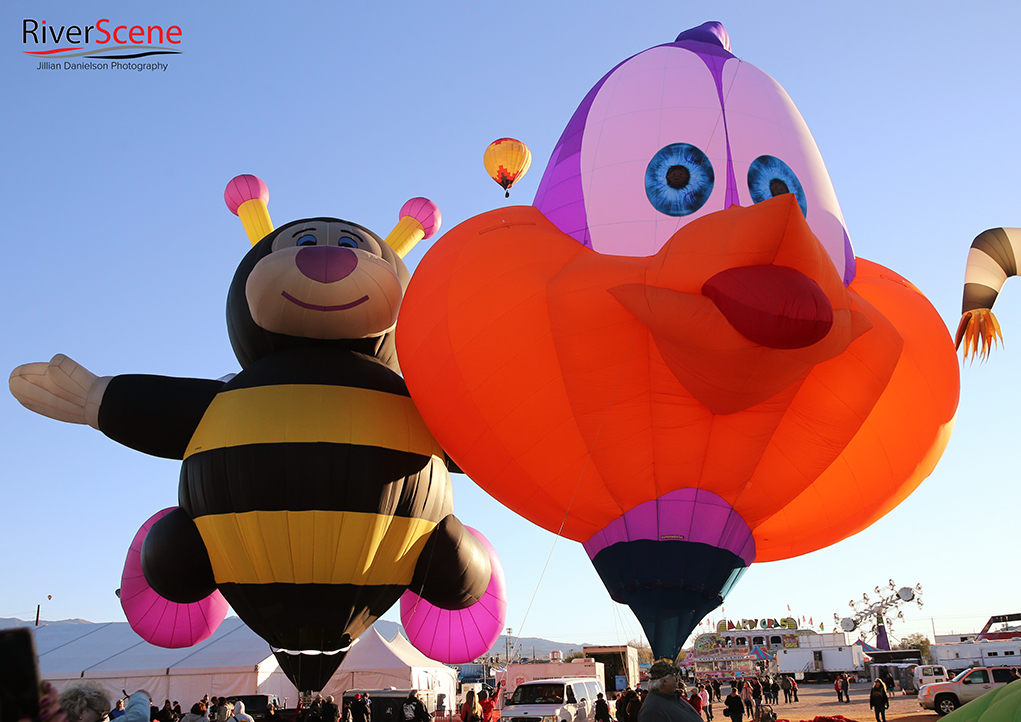 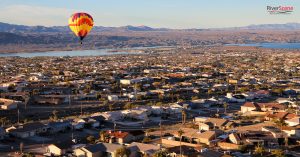 Balloon Sunny Side Up flies over Lake Havasu before the Havasu Balloon Festival. Jillian Danielson/RiverScene 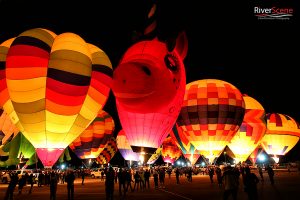