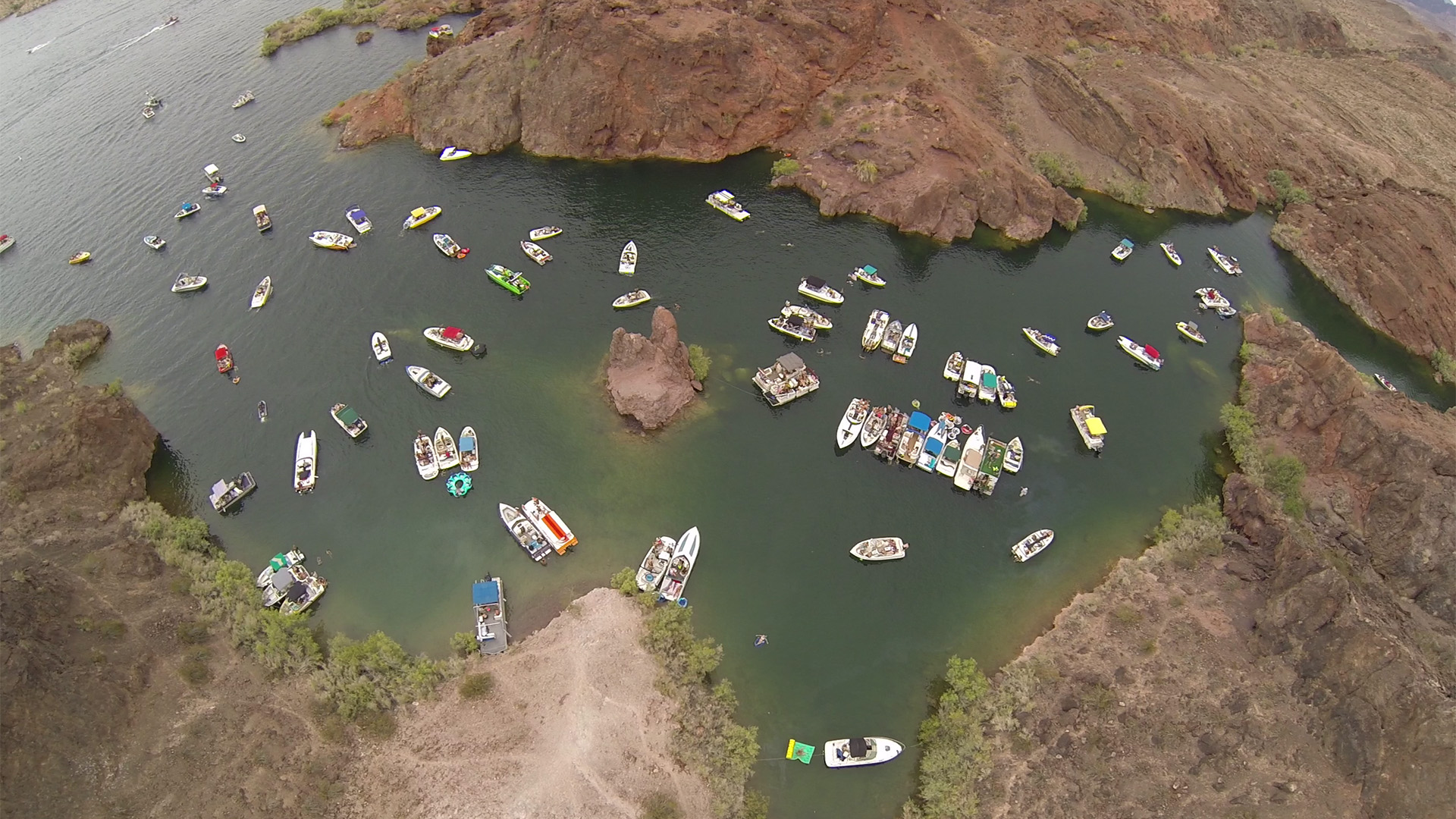 [dropcap]E[/dropcap]xperienced divers or anyone who may want to learn and are in need of equipment, will find it at Scuba Training and Technology Inc., on Kiowa Boulevard, in Lake Havasu City.

In addition to a highly experienced staff and quality equipment, the business is environmentally conscious and lends their time to help organize clean-up efforts and support the local diving community in Lake Havasu and beyond.

“When you see tequila bottles and beer cans in the bottom of the Channel or Lake, it is upsetting,” said Joel Silverstein, Vice President and COO of Scuba Training and Technology. 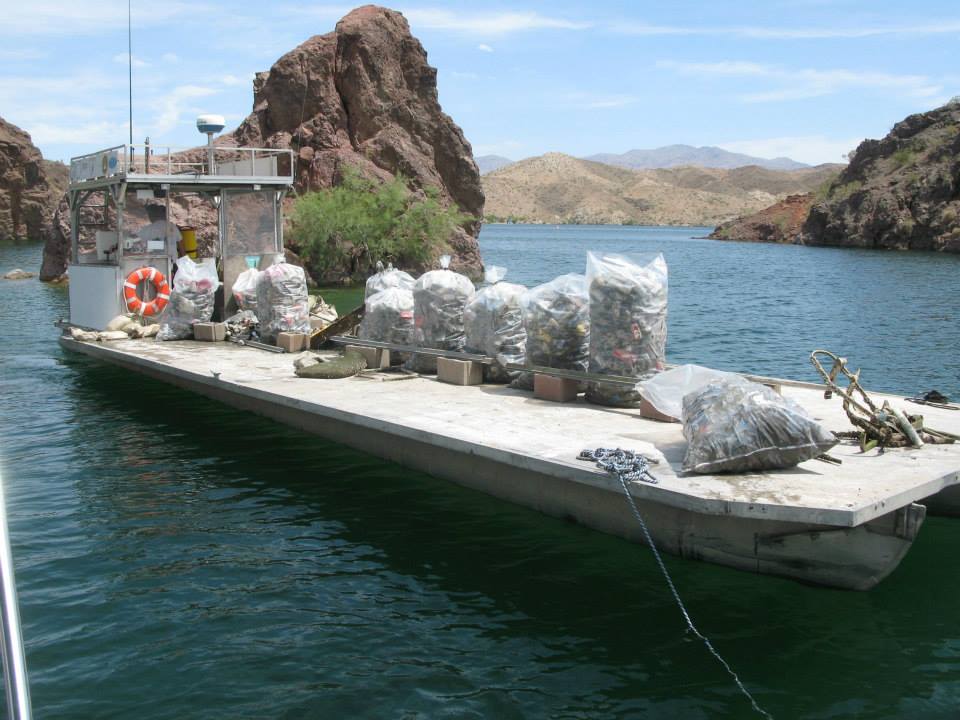 Trash from the bottom of Copper Canyon is ready for disposal. Submitted Photo

In 2004, Silverstein and his wife Kathy Weydig opened Scuba Training and Technology, but had been in the manufacturing and education aspects of the diving industry for many years before. Aside from minding the store, Silverstein, along with other experienced principal instructors Captain Kathy Weydig, Scott Monnier, and Capt. John Fuller teach divers to all levels SCUBA diving and safety certification courses. According to Silverstein, Lake Havasu City is a highly desired location for diving activities.

[quote_center]“I believe Lake Havasu City is the Caribbean of the Southwest,” said Silverstein. “This is a place where you can go diving year round.”[/quote_center] 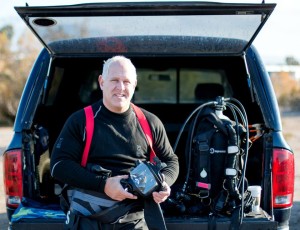 Captain Kathy Weydig is a founder of the Women Divers Hall of Fame and is actively involved in dive safety on the Board of Directors of the industry safety organization Divers Alert Network. 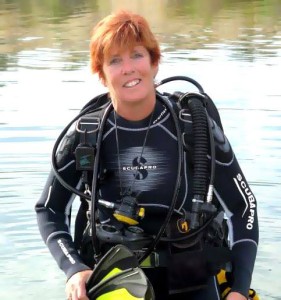 In addition to their successful business and love for diving, they focus on animal and environmental causes and keep a close eye on the environmental issues of the lake.

“To date Capt. Kathy Weydig has organized our groups for twelve underwater clean-ups. Seven in Bridgewater Channel, four in Copper Canyon, and one around the island for National Lands Day,” said Silverstein. “Divers are always involved in the environment because they believe these clean-ups are important.” 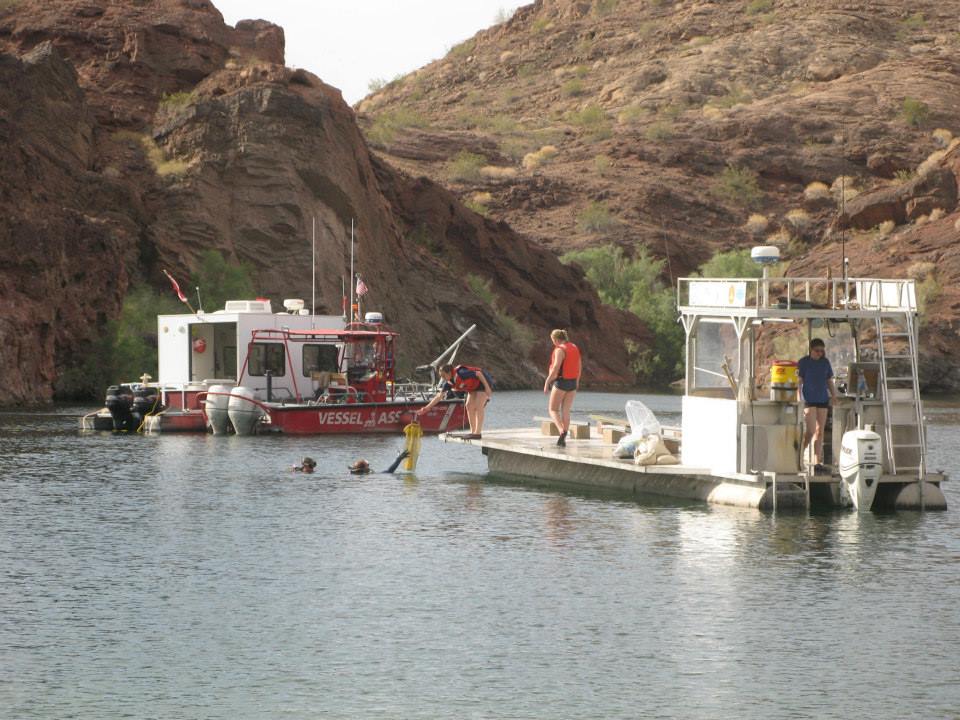 With many boaters out during specific boating seasons, Silverstein says at times they dump their waste and treat the lake as a trash can.

“When we dive, we get to see all that is dumped in the water and that cannot be seen from above the surface,” said Silverstein. “We get to see everything.” For those who have never been diving or underwater, Silverstein says it is one of the amazing experiences.

“The underwater world is so calming, beautiful and serene,” he said. “Anyone can learn how to dive. It is not that difficult to learn.” 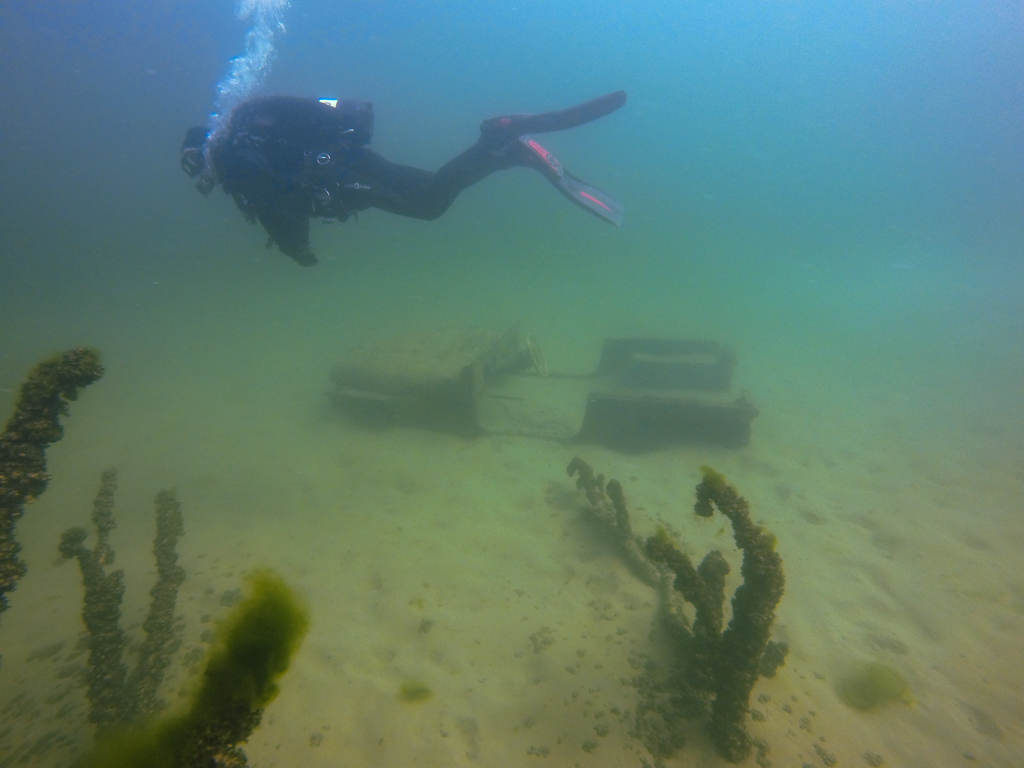 For anyone interested in certification or diving safety courses, register online at www.scubatrainingandtechnology.com, or in person at 2150 Kiowa Blvd. North in Lake Havasu City or call 928-855-9400. 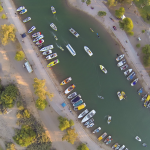 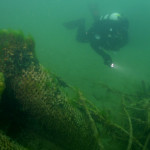 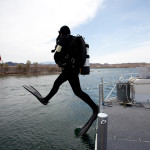 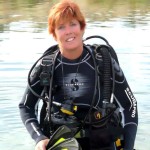 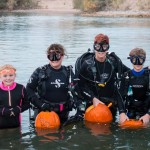 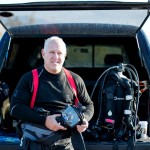 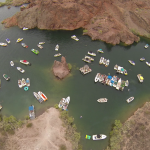 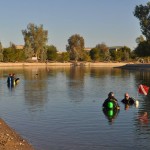 Divers cleaning up the bottom of the Bridgewater Channel in Lake Havasu. Submitted Photo. 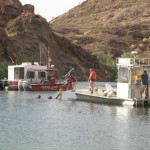 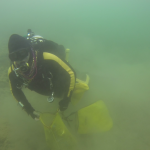 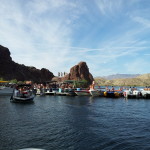 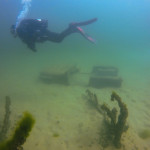 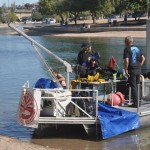 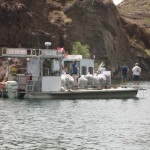 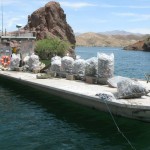 Trash from the bottom of Copper Canyon is ready for disposal. Submitted Photo