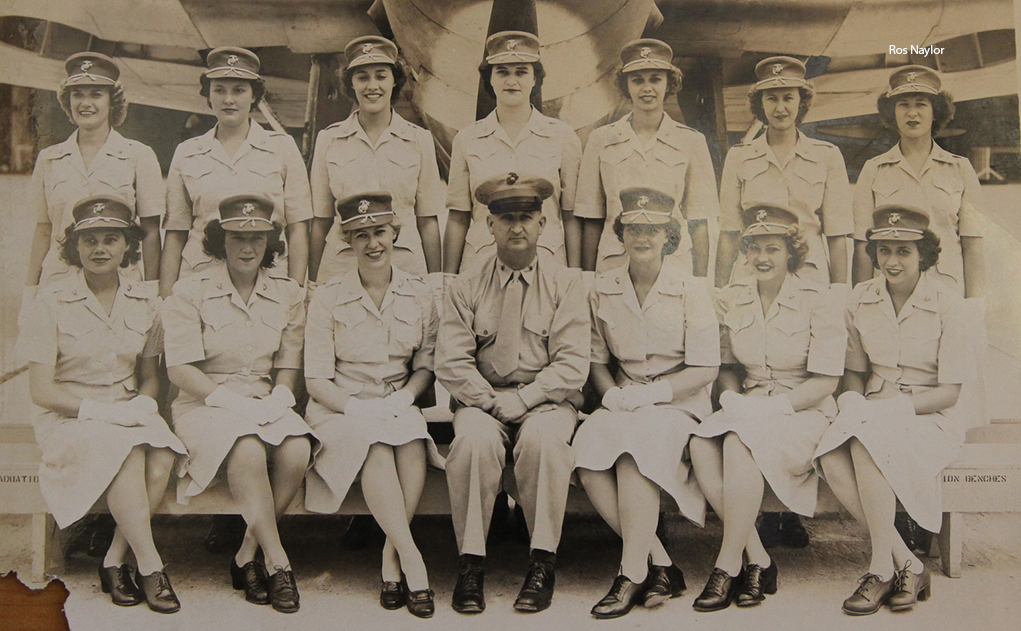 Rosamond “Roz” Naylor grinned and her eyes sparkled when she talked about enlisting in the Marine Corps in 1943, during World War II. 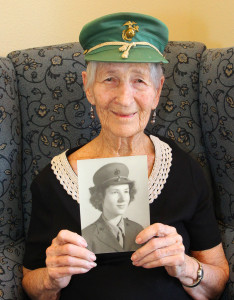 Roz Naylor at 93 years old, holding a photo of herself when she enlisted in the Marine Corps League at age of 20. Jillian Danielson/RIverScene

“I was so proud that I could help my country,” Roz said. “We were the very first women in the Marine Corps and they didn’t know what to do with us. They put us in the barracks over the chapel.”

Roz had to wait until she was 20 years old to enlist, because the Marines did not accept women younger than that. She chose the Marines “because they had the best looking uniform.”

“We were so proud to be in the Marines,” Roz said of the 15 women who were accepted. “We were so determined to be ‘authentic Marines,’ that we even wore men’s caps and skivvies.”

Roz was living in Massachusetts when she enlisted, and the 15 women were sent to five weeks of boot camp at Hunter College in New York. Then she and the other women were sent to Aviation Machinist School at the Naval Air Station in Memphis, Tenn. “But before we could even work on an airplane, we had to learn the nomenclature of avionics. We had to know every part of the airplane.” She still has the handwritten pages of aviation terms that she had to study.

They weren’t always stuck on the ground working on the airplanes. “A few times we got to go up with the pilots when they were practicing takeoffs and landings.” 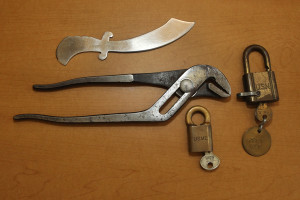 Roz, who said she always found it hard to throw anything away, still has her PFC and Sgt. stripes, and all of her military caps — the summer and winter caps, the green cap she wore with her all-white uniform, and the cap she wore with fatigues. She also has a wrench from her tool box, two padlocks to her lockers, and a saber-shaped letter-opener she made in crafts while she was stationed at the Marine Corps Air Station at Cherry Point, North Carolina. She was pleased to go to Cherry Point, because that’s where her grandfather was stationed during the Civil War.

Among her memorabilia, Roz also has a handwritten list she made of prices of various things during World War II. And she offered a peek at a tiny pink box, which contained several coins, smaller than a dime. 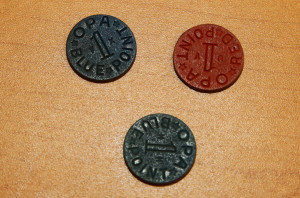 Food tokens kept by Roz from WW2 that were handed out to families by the government. Jillian Danielson/RiverScene

“These are food tokens we used during World War II,” Roz explained. “Food was rationed during the war, and sometimes I collected and counted the tokens when Marines shopped at the commissary.”

While in Memphis for training, the women were allowed to go into the city on liberty — but they had to go in cattle cars. “There was no place to sit in the cattle cars, so we had to stand up all the way,” Roz said.

While on that train, Roz met another Marine, Nina. They have remained friends all these years and still write letters to each other. 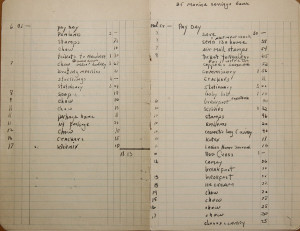 A breakdown that Naylor kept of her finances while in the Marine Corps during WW2. Jillian Danielson/RiverScene

Roz worked her way up in rank from Private First Class to Staff Sergeant after she was sent for additional training in avionics repair at the Naval Station in Newark, N.J. She was a platoon leader and placed new recruits into jobs.

One of her fondest memories was being one of the first female Marines to walk down Fifth Avenue in New York’s Easter Parade. She and the other women didn’t know if they would be able to participate, because their uniforms were late in arriving. Not all of the uniforms arrived, but Roz’s did, and she recalls the great pride she felt walking in the parade.

Of all the places she was stationed, Roz said she liked the El Toro Marine Base best, “because it was close to Hollywood and Laguna Beach!” 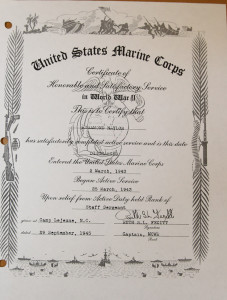 Roz received her honorable discharge in September 1945, right after the end of WWII. She went back to school on the GI bill and became a teacher. She was a substitute teacher for 20 years, teaching elementary grades and special education in Massachusetts.

At 93 years of age, Roz is cheerful and quick-witted and is enjoying life at Prestige Assisted Living in Lake Havasu City. She stays busy playing Mexican Train, Rummikub, and other crafts and activities that Prestige offers. She moved from Massachusetts to Sun City, Ariz., in 1986 to be closer to her daughter, then moved to Lake Havasu three years ago.

“I love Havasu! Everyone here is so friendly,” Roz said. “When I arrived in Havasu and Prestige, I immediately felt at home.” She is so happy here that she started a scrapbook she titled “My New Life.” 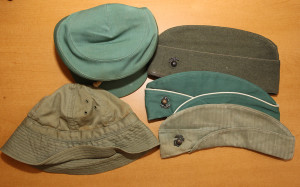 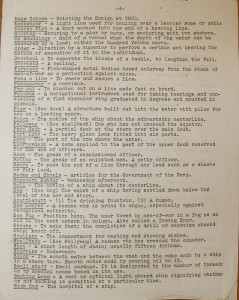