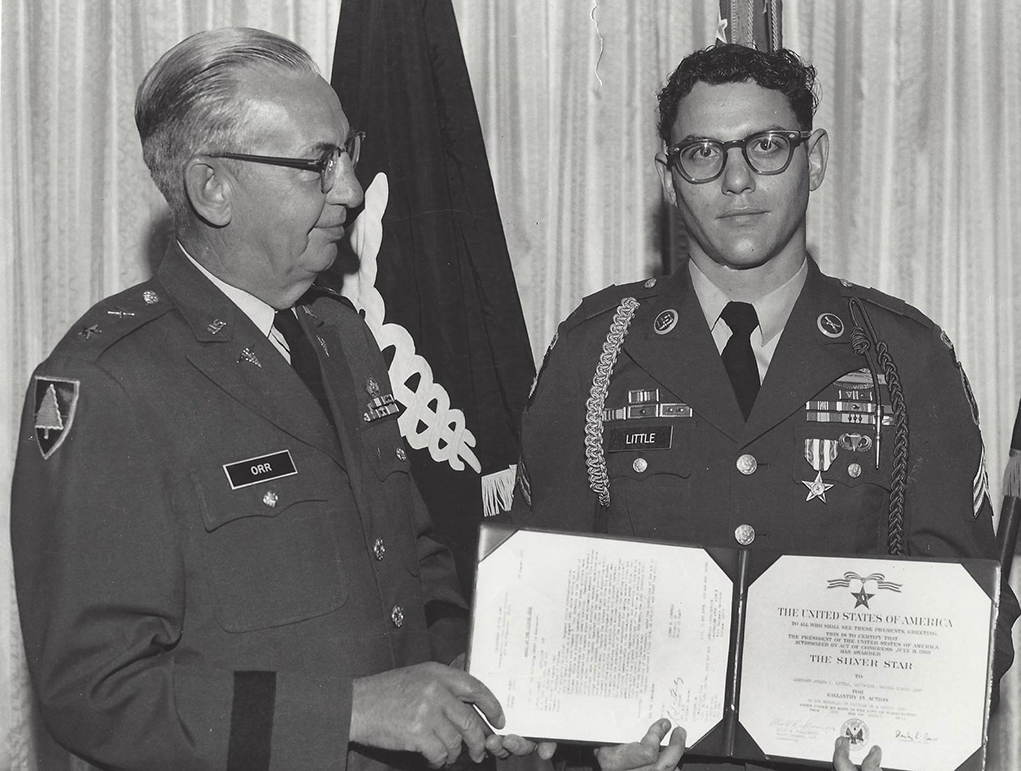 Joe Little is one of two Lake Havasu veterans to be inducted into the Arizona Hall of Fame in 2016.

He sustained major injuries during the Vietnam War and has had numerous surgeries since then, the latest just a few months ago. But he was determined to overcome his medical crises and go on to help other veterans receive the VA benefits and counseling they needed. 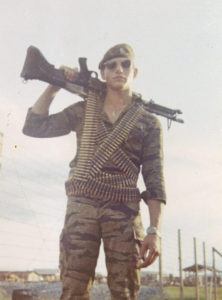 Little enlisted in the U.S. Army in 1967 with the specific intention of being in Special Forces. He was with 75th Rangers and served in Vietnam as both Special Forces and Ranger team leader. He was injured and given a medical retirement in 1971, retiring as an E6. He was awarded the Silver Star, Bronze Star, Army Commendation medal, three Purple Hearts and Flight Medal.

After his service, Little attended the University of California at Santa Barbara and earned his AA degree. He worked for the United States Postal Service for two years, then moved to Arizona and worked for General Motors as a test driver for six years, followed by seven years as a financial planner.

He decided to return to school to continue his education at Arizona State University.

Because of the shrapnel throughout his body, Little was in a great deal of pain, study and work were difficult for him, and he often became depressed. In addition to his physical injuries and pain, he also suffered a head injury in the service and had trauma-induced dyslexia. Before, during, and after this time, Little found solace in writing poetry about his military service.

He took a medical leave from school for a time, then returned. A turning point for him came the day he noticed a paraplegic student roll by in his wheelchair, and Little realized he had much to be thankful for. With renewed effort, he completed his education, and because of his determination to successfully complete his education in spite of his medical problems, Little was one of five people in the United States to receive the National Achievers Award from the National Council of Education in 2008, which he accepted in a ceremony in Washington, D.C.

Then-ASU President Kevin Cook asked him to speak and help with planning for the new wave of veterans. He was on that board for a year and a half.

In 1990 and 1992, Little wrote material for a video about Vietnam titled “Home of the Brave” for use in high schools and colleges. The video later became a very useful tool in group therapy at VA and Vet Centers. For several years, he spoke at various high schools and for classes at ASU.

From 2001 to 2010, Little was a volunteer crisis/behavioral specialist for the Phoenix Fire Department. He provided crisis intervention and assistance to victim’s relatives.

After 9/11, Little was asked to design a crisis format for dealing with veterans. He volunteered to teach a suicide protocol to volunteers, interns, EMTs, and first responders in Phoenix. He was a CERT (Community Emergency Response Team) member, and also provided training to CERT members. 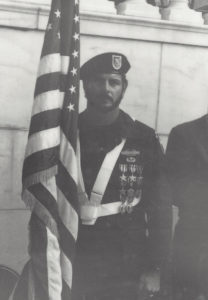 Joe Little participates in laying of wreath at the Tomb of the Unknown
Soldier, Arlington 1988.

From 1988 to 2013, Little volunteered with Operation Freedom Bird, a nonprofit that provides a unique healing journey and therapeutic program aimed at helping Arizona combat veterans, from all wars, continue the process to heal from their symptoms of PTSD and unresolved grief/loss. He was president for a three-year transitional period. He helped with fundraising to pay for all expenses for the 50 veterans that were selected each year to go to Washington, D.C. for four days of exposure therapy. He wrote and published each year’s “A Healing Journey” for participants and sponsors.

Little remained active with his Ranger unit and was director and wrote for their quarterly magazine from 1999 to 2006. He was on the Board of Directors as 2nd Vice President for four years, 1st VP for two years, and President of National 75th Ranger Regimental Association.

As a member of the Rangers board of directors, Little received consent for the Mobile Vet Center to perform outreach to Special Operations soldiers at Fort Benning, Ga. It had taken him almost four years to get the approval, due to the sensitive nature of Special Forces.

Prior to being hired at the Phoenix Vet Center, Little volunteered as a peer counselor and did general office work for five years. He worked for the Vet Centers from 1996 to 2015 as a counselor. In 2003 he became a Readjustment Counselor/Therapist. In 2007 he advanced to team leader of the Phoenix Vet Center over the mental health staff of eight.

He received the Governor’s Award for Volunteering, as well as several accolades/certificates from Phoenix Mayor Gordon, the Fire Department, and other agencies for his volunteer services.

Little was tasked with opening a new Vet Center in Mohave County in 2009. While he was in charge of the Phoenix office, he traveled to Lake Havasu City to provide counseling services to veterans.

While in Phoenix, Little worked on Veterans Justice Outreach and then was approached in 2013 by Lake Havasu City Judge Mitchell Kalauli for assistance in the new Havasu Veterans Treatment Court.

Today, Little continues to offer his many years of training and experience to help veterans in any way he can. He is currently a mentor to veterans in the Lake Havasu Veterans Treatment Court.

Little seemed to be in shock when asked for his reaction to his selection.

“The countless emails and FB correspondence all with congratulations,” Little continued, “are helping it sink in that I am to be inducted, and it’s very humbling. I will be with friends, and one is Joan McDermott, also part of this year’s inductees. I thank the veterans in the community for this honor.”

The Arizona Veterans Hall of Fame induction ceremony will take place Friday, Oct. 28, at the Double Tree Resort by Hilton Hotel Paradise Valley, Scottsdale, 5401 N. Scottsdale Road, Scottsdale. Doors will open at 10:30 a.m.; ceremony will be from 11:30 a.m. to 2 p.m. Twenty-eight veterans from Arizona will be inducted this year.