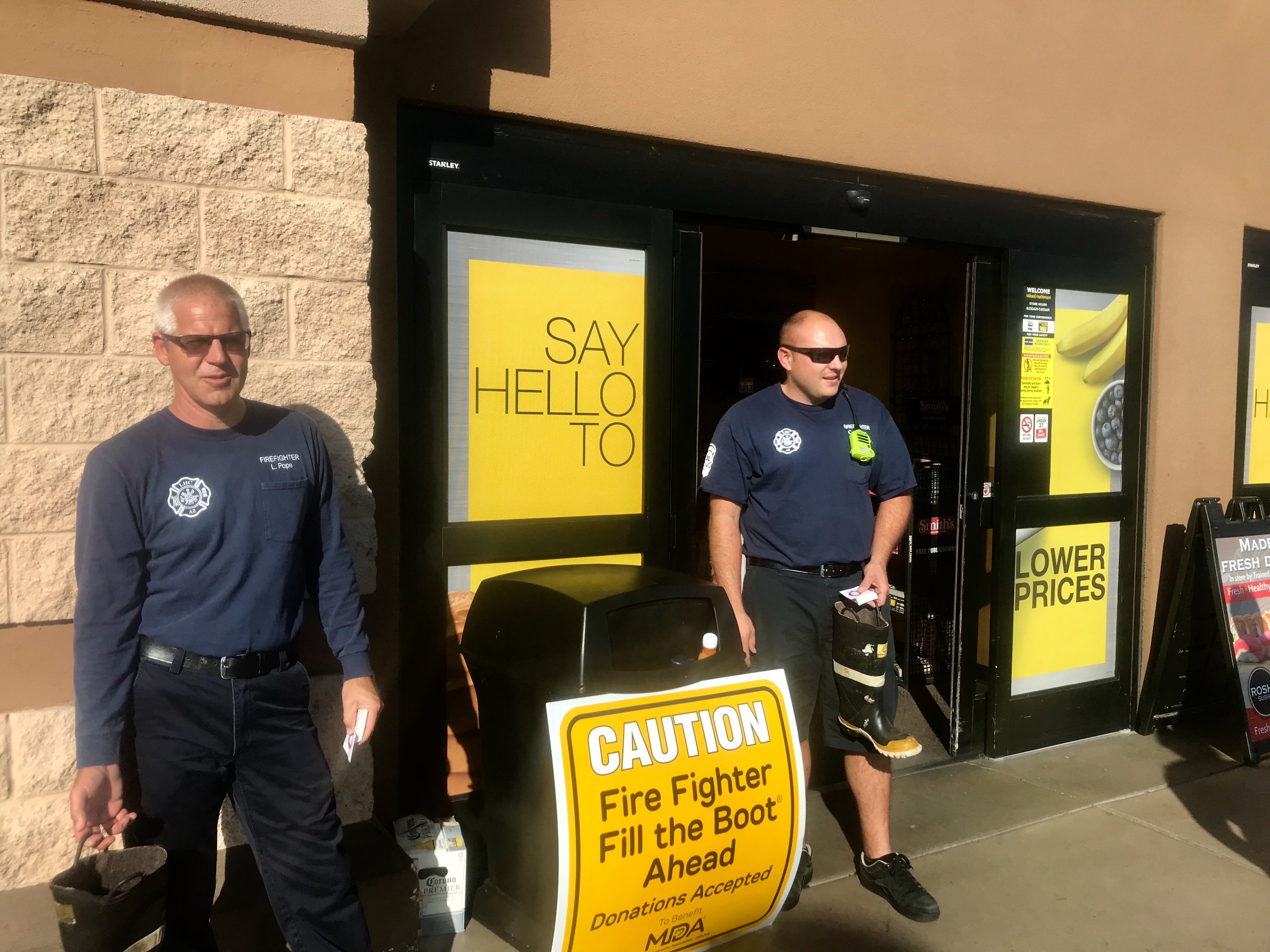 This Labor Day weekend, make sure to look for local firefighters outside your favorite grocery and other stores for the annual Fill-A-Boot fundraiser.

Since 1979, the Lake Havasu Fire Department has participated in the national event to help support the Muscular Dystrophy Association.

Every year, firefighters from every station take part in the event by standing outside popular shopping spots in town with an actual uniform boot in hand. Shoppers are encouraged to put any type of cash donation into the boot. 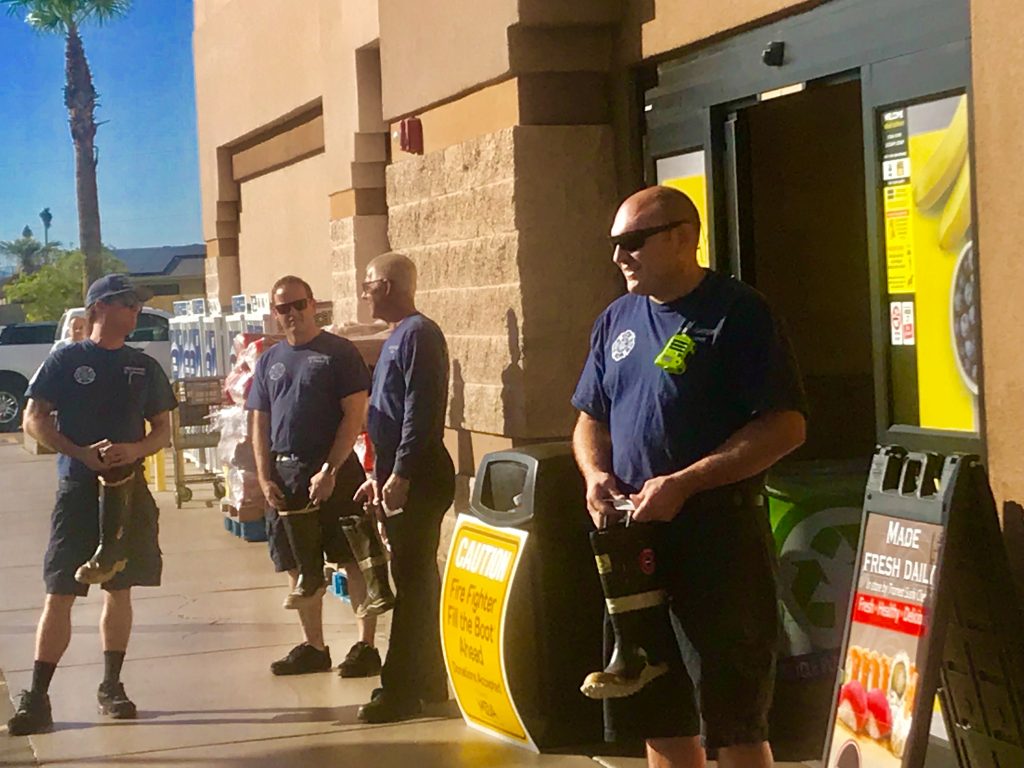 When a donation is made, firefighters will hoot and holler to make the event fun as it raises awareness for Muscular Dystrophy.

Fire departments around the country began to fundraise for the cause in 1954. In 2017 alone, firefighters from throughout the U.S. raised $24 million to fight the disease.

The goal for Lake Havasu City’s Fire Department is $10,000 and this year, they are hoping to exceed that goal.

Firefighters can be found this Labor Day weekend at these locations*:

*Locations and times are subject to change.

For More information on The Muscular Dystrophy Association, click here.