It’s that time of year again and The International Jet Sports Boating Association (IJSBA) 2019 Thai Airways World Finals are quickly ramping up in Lake Havasu City as personal watercraft riders and competitors from across the globe hit the water.

New local resident and professional watercraft athlete Mark Gomez will be competing in the freestyle competition with a host of other professionals at the highest level from Oct. 5-13.

For 15 years, Gomez has been traveling to Lake Havasu for the World Finals from his home town of Fullerton, Calif. Like many in the industry, he would share a place with people in town when he came to compete, but with his career progressing combined with the recreational paradise of the Colorado River, it made more sense to make the jump to move here.

But he’s not alone.

Kaley McNay and Gomez are engaged to be married at the Nautical Beachfront Resort in the cove, which holds sentimental value for them.

A long-distance connection quickly budded into a beautiful relationship with shared interests in water sports. McNay’s father was a water skier and instilled a love for water sports in his daughter at an early age. When she grew up, she competed  in wake-boarding for a short period and instantly understood the world of water sports that she and Gomez now share together traveling the world. 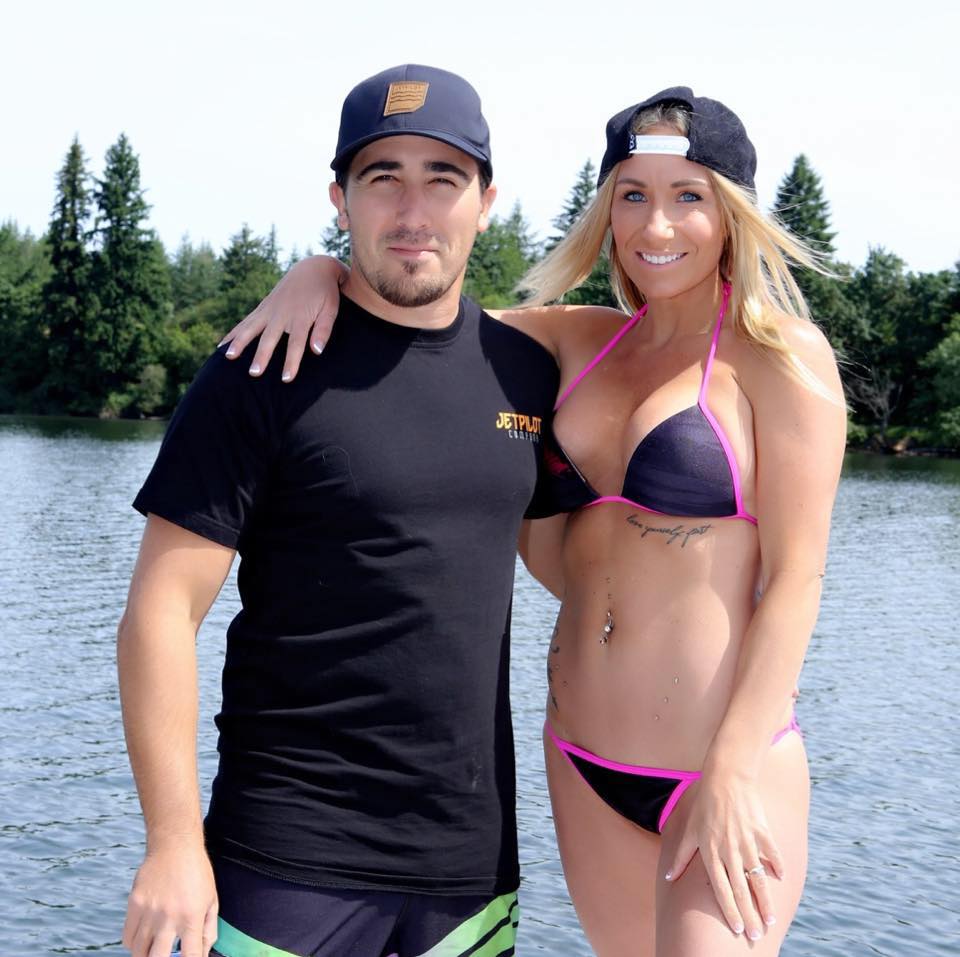 These days, she works remotely which allows her to support and be involved her fiancé’s professional career, though she continues the sport for the fun of it.

As a side note, in case you thought their wedding plans would be the usual fare, the groomsman will be arriving to the wedding on a stand-up PWC.

Gomez, who holds three world titles, also enjoys performing at Sea World June through September, which keeps him busy during off months.

He comes from a background in surf riding, which has prepared him for the challenges faced in the freestyle discipline. “I love competition, and I’m actually slightly addicted to it because it drives me to be a better rider,”  Gomez said.

After 15 years of perseverance in the sport and at the height of his career, Gomez is looking into business opportunities in Lake Havasu to teach others about the discipline he loves. He knows first-hand the struggles a newcomer has facing them in this sport.

McNay shares. “He did what he had to do to make it, it wasn’t ‘silver platter’ for him.” Gomez worked his way up from the bottom with inferior equipment to start until he was recognized for his skill and dedication.

A Place To Call Home

In addition to the PWC freestyle events which he will be competing in this week at the world finals, Gomez and McNay are dealing with a few moving-in pains, living out of a sea of brown boxes.

Traveling as much as they do without a central location to call home is tough to manage. They both shared that with their busy lifestyle, things have a way of spreading out and becoming unmanageable. Finally, together they decided that Lake Havasu would be the perfect place to call home and headquarters.

It’s just not them of course, Jet – their French bulldog – has become accustomed to his new home as well, although he doesn’t have the same love affair with the water that his pet parents do. Gomez and McNay amusingly relay that even after swim lessons for Jet, he still prefers to stay dry.