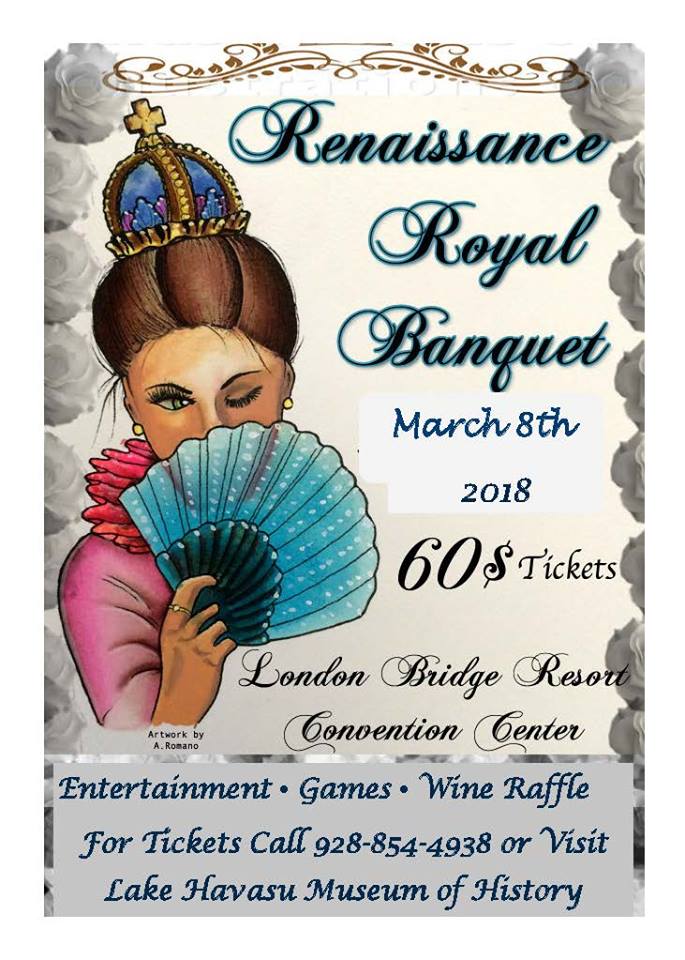 The Lake Havasu City Historical Society and Museum of History will sponsor and host the Renaissance Royal Banquet March 8, kicking off the Tournament of the Realm London Bridge Renaissance Faire which begins March 9. Proceeds will benefit the Museum of History, and the event is its primary fundraiser for the year. Doors open at 6 p.m. at the London Bridge Resort Convention Center where the festivities are set.

Costumes of all kinds are encouraged. No era or genre will be frowned upon.

The plated Royal Banquet will include a choice of Chicken Marsala or London broil. A cash bar will be available, providing a variety of beverages.

Entertainment will include: the Queen and Her Royal Court, a photographer to capture the moment, and games mistresses, and there will be a parade of costumes. There will be Renaissance minstrel, a woodwind quintet as well as other entertainment.

Tickets for what promises to be a hallmark event of the 2018 season are on sale now for $60. Tickets may be purchased individually and table sales are also available. Tables seat eight. Tickets are available by calling 928-854-4938 or by visiting the Lake Havasu Museum of History at 320 London Bridge Road Tuesday through Saturday from 10 a.m. to 4 p.m. The deadline to purchase tickets is by 4 p.m. March 5.

Tickets are also available for purchase on the on the museum website at havasumuseum.com. Click on events. 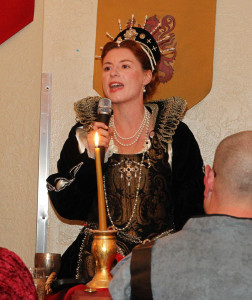