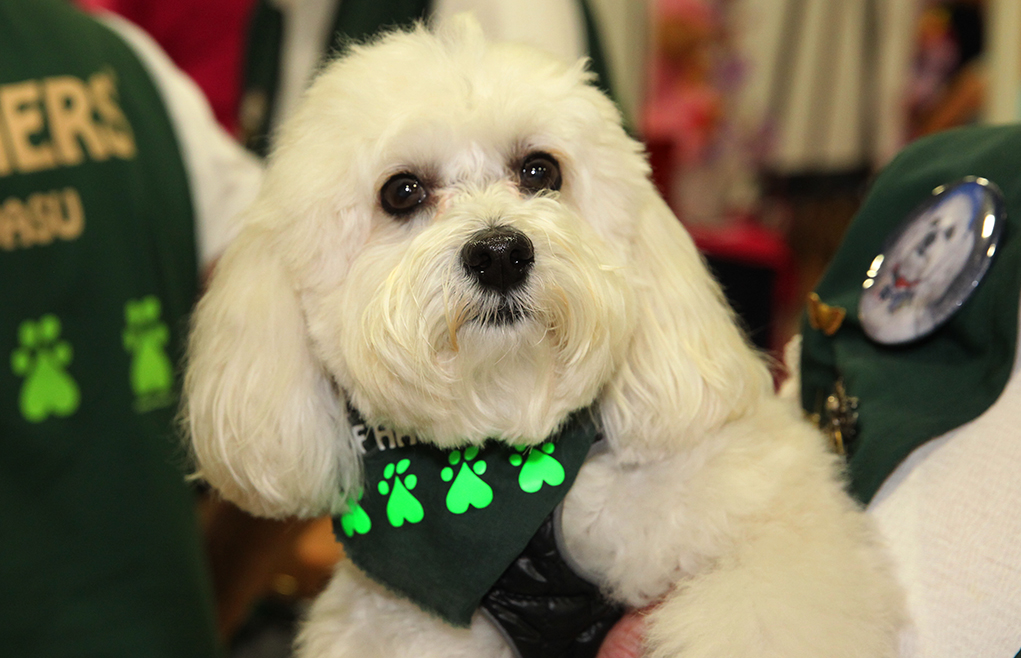 There currently are 39 volunteer animal therapy teams in Lake Havasu City who spend their days providing support to the ill, the underdogs and the youth in the community.

The animals nudge with their wet noses, portray a quiet understanding and show their devotion by way of a wagging tail. 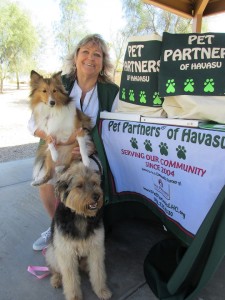 “We believe in one-on-one visits,” Pet Partners of Havasu president and program coordinator Barbara Schoof said. “I think that helps people more than having a pack come in at once. Our focus, when we go out to visit, is helping the people we visit.”

The teams go into the community and touch the lives of children in schools, the elderly in nursing homes and assisted living centers, and ill individuals in the hospital.

Founded in 2004, the group mostly existed under the umbrella of the Havasu Community Health Foundation. In May, they received their very own 501c3 nonprofit status.

“We have so much talent in our group it was a shame we were letting someone else make the decisions,” Schoof said. “For years I’ve said we’re only scratching the surface of what we can do with our dogs.”

Now, doors are opening, creativity is flowing and Pet Partners of Havasu is growing.
They are aligned with the national Pet Partners boasting 11,000 therapy teams in 48 states and Canada. So, the local chapter’s colors, logos and standards have moved strongly in that direction.

One mainstay is the group’s mission to share the unconditional love of their pets with the community as alternative therapy.

They are on track to doing just that with their WAGS program and PAWS for Reading program based in Smoketree and Havasupai elementary schools. They also venture into the lives of those facing grief and loss by helping to facilitate Hospice of Havasu’s 8-week Adventures in the Land of Grief program. 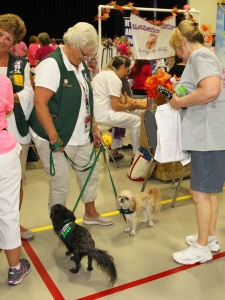 “These are all rescue dogs that we have,” Schoof said. “I like to use them because we can tell the kids they had to be rescued and they didn’t start life off easy. And, they choose to be happy and to help others.”

Schoof said the youth seem to really respond to the class’s weekly process in a very positive and very healing way.

“They are able to talk to the dogs, there’s no judgment,” she said. “They’re good listeners and the kids will make a promise to a dog long before making a promise to a human.”

Pet Partners of Havasu always has its door open to new therapy teams. Currently, most are dogs but there is one cat. The next orientation is set for February. Until then, Pet Partners of Havasu is seeking volunteers without animals, too, to help facilitate some of its programs. Meetings are monthly. Most therapy visits are about two hours.

Dogs and cats must be at least 1-year-old and must have lived with the owner/handler for at least six months. There is a difference between service dogs and therapy dogs. The local group’s animals aren’t certified but they are held to Pet Partners standards. For example, they therapy teams are evaluated each year.

The animals must meet training and etiquette standards. Walking on a loose leash, no intrusive behaviors, no jumping up, no displays of aggression, nicely taking treats and being housebroken are examples. Also, the animals must be bathed and groomed before each visit.

Local resident Sam Scarmardo donates fingerprint services to the group because each handler is required to have their Level 1 Fingerprint Clearance Card issued by the Arizona Department of Public Safety.

“In 2004, I thought that our community should have the best standard for therapy work,” Schoof said. “No matter who it is we are visiting, I just think it should be the best of the best coming in to see them.”

Pet Partners of Havasu also seek ongoing donations for operations. For more information about volunteering with our without your animal, fresh program ideas or financial support, contact Schoof at 928-733-6330 or visit www.petpartnerslhc.org.