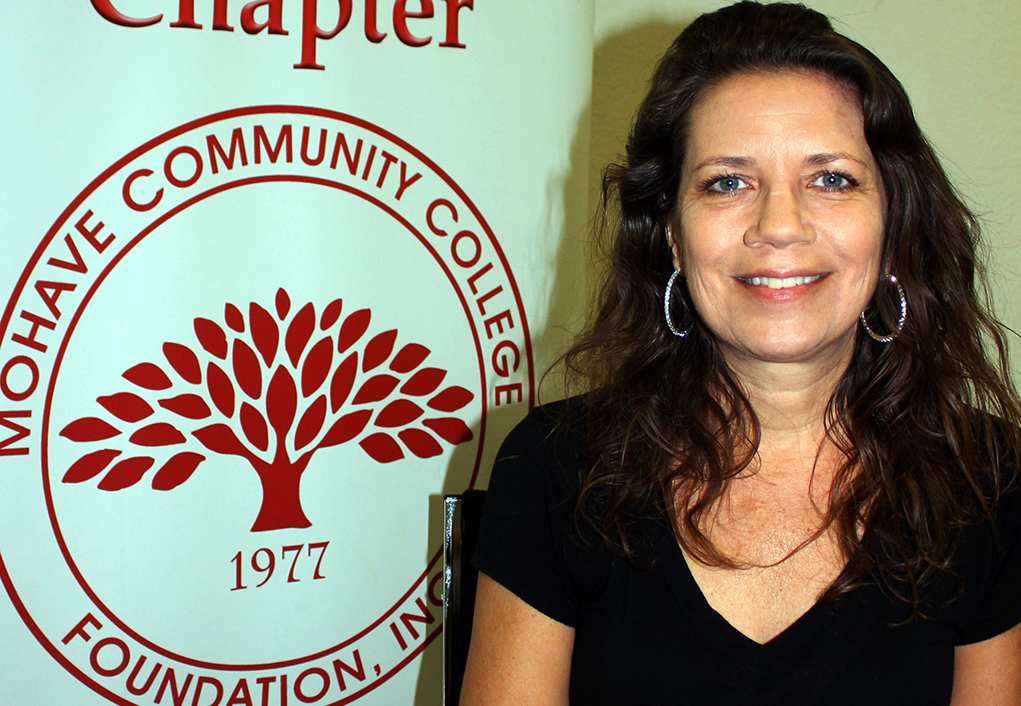 The Mohave Community College Foundation thanked its donors from Lake Havasu City on April 7 and showcased the difference their dollars have made in students’ lives.

“Today is a day we celebrate. Students, we are here to celebrate your accomplishments and the sacrifices you’ve made to achieve your dreams thus far,” said Dan Lara, MCC Foundation executive director. “Donors, we are here to show our appreciation for your generosity and what you have provided to help students accomplish their dreams. Some of them would not be able to attend school if it wasn’t for the financial support from that scholarship.”

Mary Stadler, a Lake Havasu City resident, is a scholarship recipient who is working toward an accounting degree.

“I’m here today as evidence that altruism works,” she said. “I am able to steadily pursuit higher education and my degree and to remain an active member in our community. Thank you for your support.”

Lake Havasu City Councilman Dean Barlow spoke at the event. On behalf of Martha Bennett, who passed away from cancer in December 2013 at the age of 62, Barlow donated $100,000 to the MCC Foundation to be used for scholarships for Lake Havasu City residents who are interested in “hard” sciences, such as biology, chemistry, geology, and certain allied health fields. The donation was a result of the money Bennett had worked hard to save during her lifetime.

“She was a staunch advocate of education at every level,” Barlow said. “Scholarships provide people not only an opportunity, but options. If they have a good academic foundation of whatever career they choose to go into, they will be good citizens, as well.”

The MCC Foundation-Lake Havasu City chapter would like to thank Shugrue’s for their in-kind donation for the luncheon.