Navy Jet To Provide Home For Fish In Lake Havasu 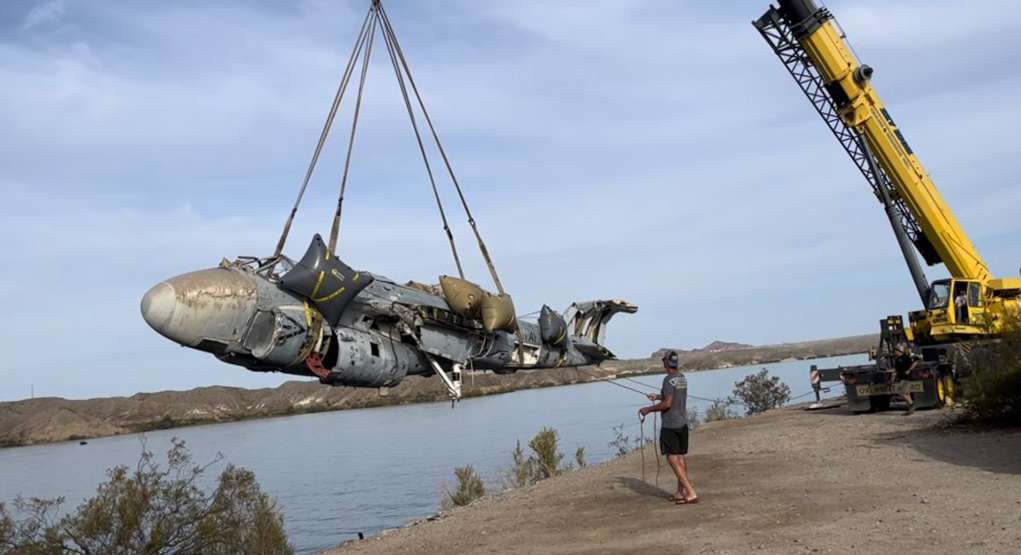 On July 20, the Lake Havasu Bureau of Land Management office, in collaboration with multiple agencies, transported and sank a decommissioned Navy Grumman A-6E Intruder jet into Lake Havasu in the cove at Site 6.

The BLM works with several state, local and federal agencies to form Lake Havasu Fisheries Improvement Partnership (LHFIP) which manages fish habitat in 42 approved coves throughout the lake. Many of the habitat structures that were originally installed in the early ’90s have collapsed and are scheduled to be replaced.

The LHFIP has been conducting feasibility studies to determine the efficacy of different types of habitat that can be used to produce desired results.

For the past 20 years, the decommissioned jet was parked on the Naval base following a crash that ended its flight career. Several Skippers assigned to the base had expressed interest in disposing of the aircraft and at one time made an effort to donate the aircraft to be used as artificial habitat off the coast of San Diego, but lacked the inertia to complete the project.

This project began when Robert Powell from the NAVFAC Natural Resources program in El Centro reached out to the Lake Havasu BLM after hearing about the LHFIP.

BLM consulted with Scuba Training and Technology (local dive shop) to determine if it could pull together the resources to accomplish the unique and challenging project. Once it was decided to move forward, there were numerous challenges.

One of the biggest challenges was figuring out how to transport the jet from El Centro to Lake Havasu as it was an extra wide load that required a lot of planning. The National Park Service (NPS) provided transportation equipment and the Marine Wing Support Squadron 72 out of Camp Pendleton offered their expertise to remove the wings and horizontal stabilizers so that the plane could be safely transported.

This group of Marines showed their mettle as they worked tirelessly in the desert heat to cut up the jet as part of a training exercise. Upon arrival to Havasu, the aircraft was fully decontaminated to remove any residual fluids and other potential contaminants. 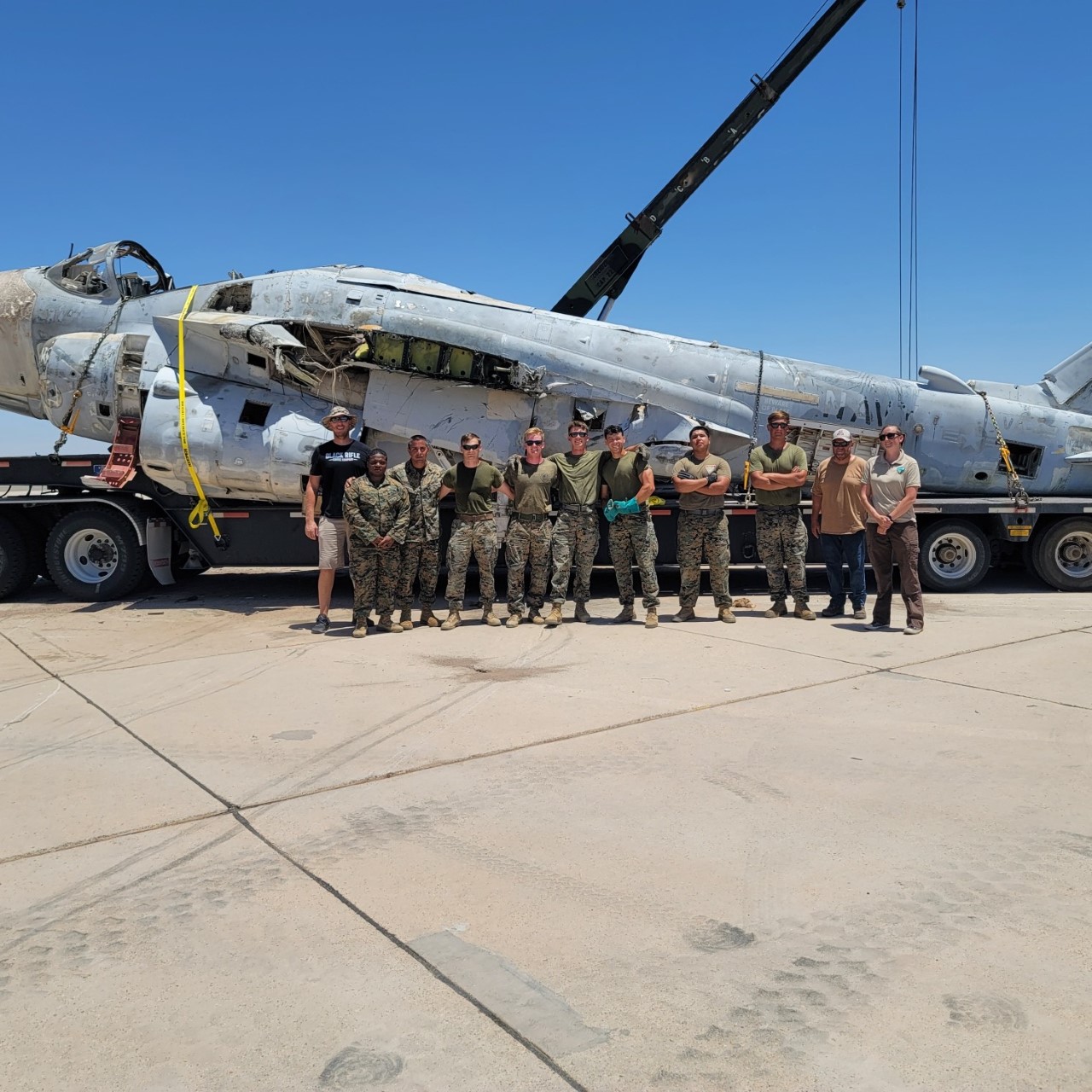 With the escort of local law enforcement, the jet was transported over the London Bridge onto the island near Site 6. Upon arrival everyone got to work. TowboatUS and Sky High Crane began prepping the jet for its final flight. Lift bags were installed and inflated to float the jet to the designated sinking site prior to it entering the water. The crane carefully lowered the jet into the water and the lift bags kept it afloat as the tow boat pulled it into the cove at Site 6.

Divers released the air from the lift bags and the jet slowly settled into its final resting place. The wings will be reinstalled by divers underwater at a later date.

“The divers and the BLM surveyed the cove to be sure there wouldn’t be any risk to public safety,” said Cristina Sanders, BLM Fisheries Biologist. 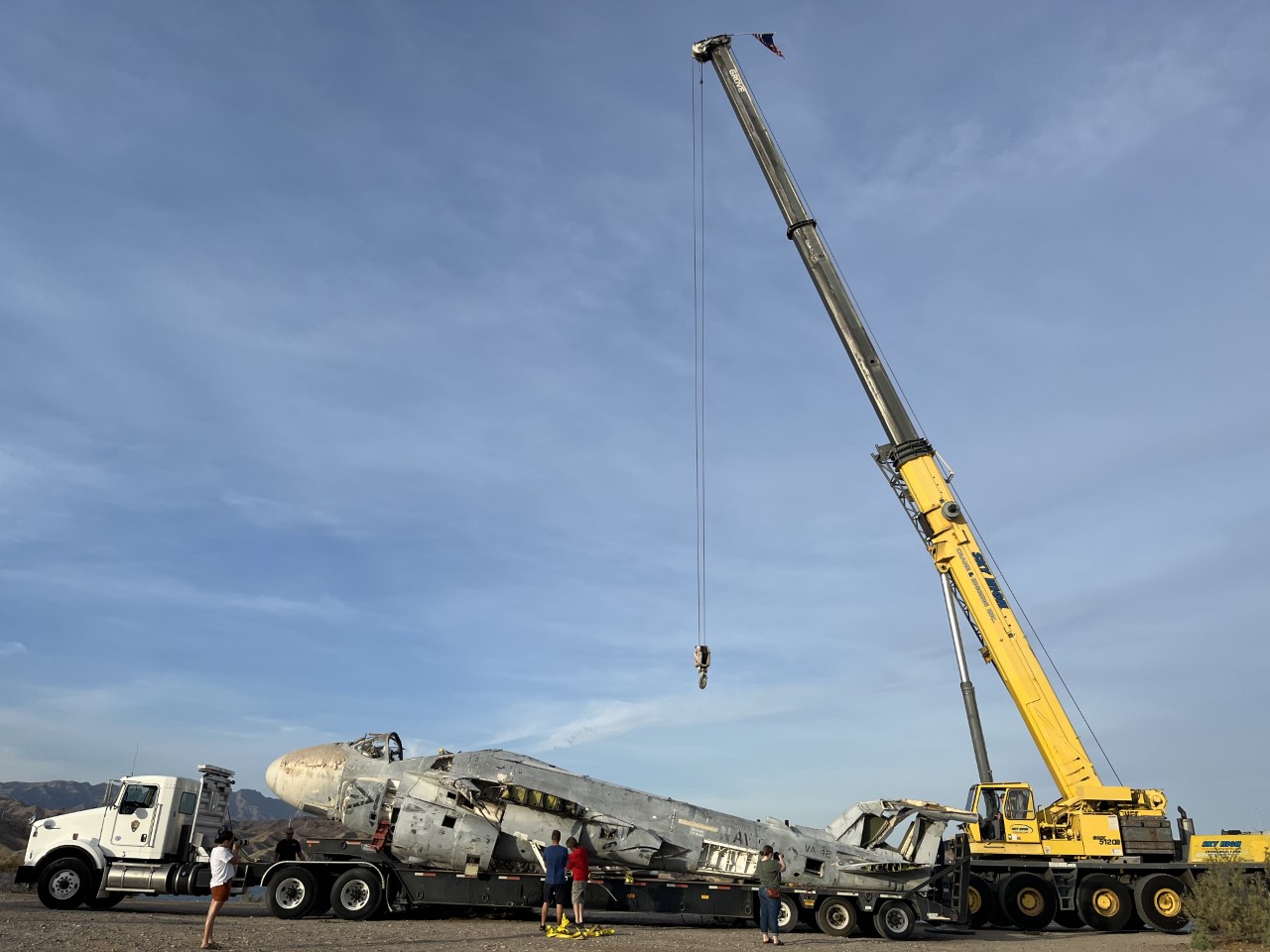 The BLM operates under the Multiple Use Mandate which states that resources and uses on public land must be utilized in a balanced combination that will best meet the needs of the people. This project is an extraordinary example of this effort as it benefits the fishing community, local economy, and enhances dive opportunities within Havasu.

“I would personally like to thank everyone involved that made this happen. This was a massive project with a lot of moving parts; the perseverance and enthusiasm of every single person involved is what led to its success,” Sanders said.

The link to watch a YouTube video of the jet being placed in the lake is: 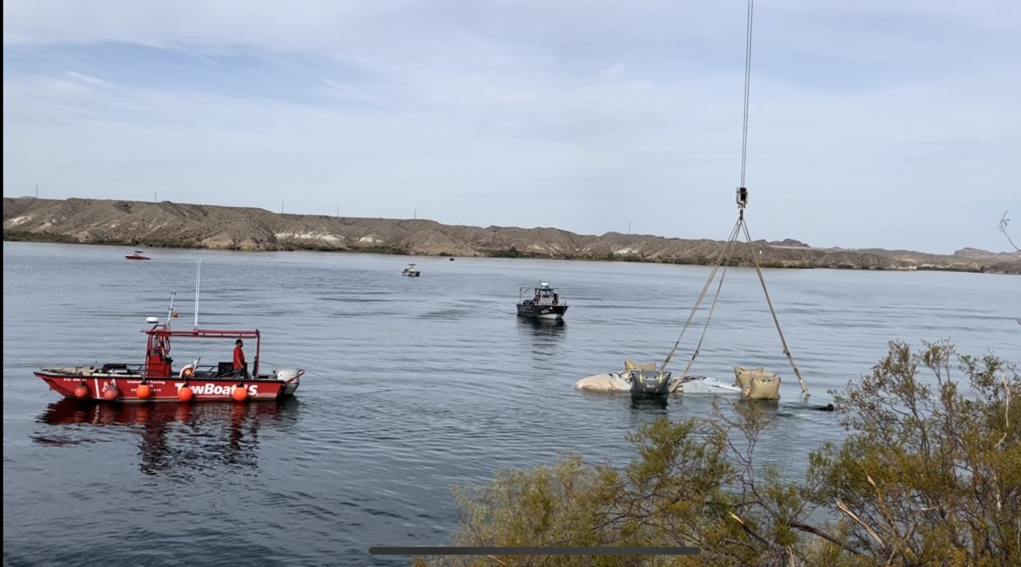