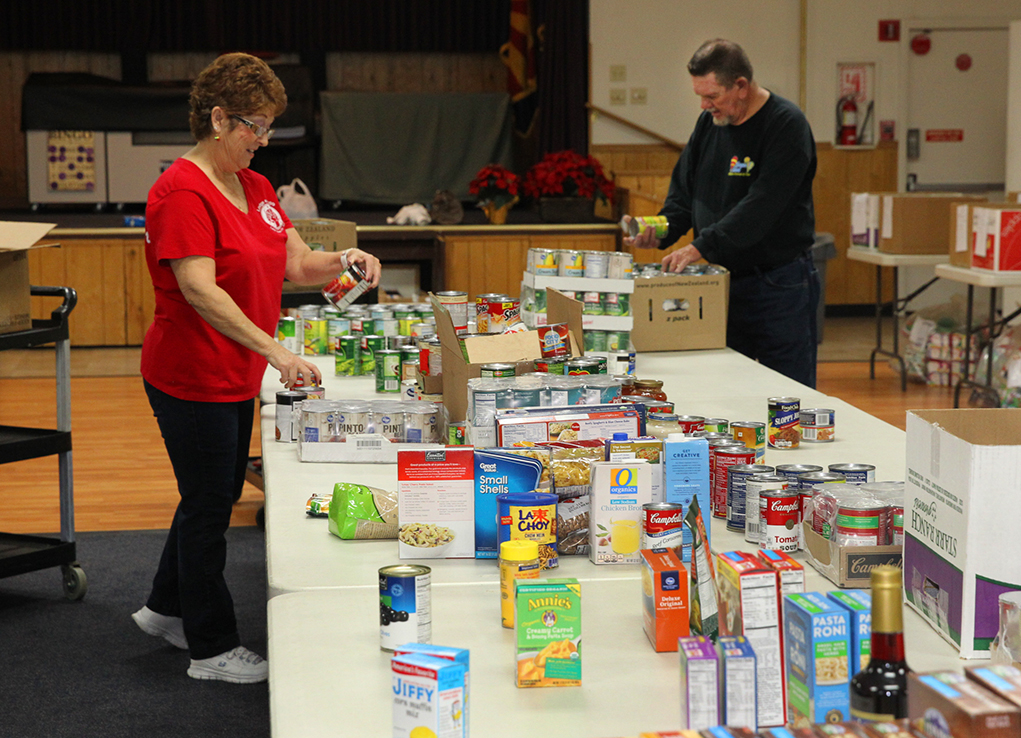 The Elks Lodge No. 2399, in Lake Havasu City, has collected, sorted, wrapped, and boxed up Christmas goods for 57 local families, an effort that put gifts in the hands of 178 children. 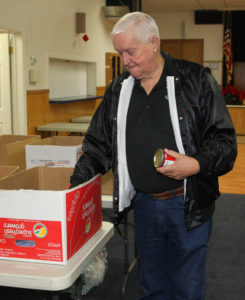 Each family receives a food box that includes boxed and canned goods alongside perishable items such as a turkey, bread, milk, orange juice, butter, fresh produce, bacon, cheese and a pie. Gifts for the number of children in each family also are coordinated by age and gender. Children between the ages of 0-17 each receive wrapped gifts.

“I enjoy doing it,” Wdowiak said. “I don’t get as much satisfaction running it from here as I did when I would deliver the baskets. That’s when you get to see their faces light up.”

Beginning the good works Oct. 1, Wdowiak reached out to local schools to provide a list of candidates for the program. By mid-November, he had the list in hand. An interviewing process began and he visited each home.

Wdowiak has been involved with the Elks Lodge’s longtime Christmas for Children and Christmas Baskets program for the past four years. He has been leading the effort for the past three years.

The local Elks Lodge boasts as many as 3,600 members in Havasu, with a nucleus of about 1,500 active members. It is from within this membership that each of the donated food and gift items have been generated. Twenty or 30 volunteers step forward to participate in helping with the Christmas effort. Twenty more turn up for delivery. This year, Saturday is the big day. 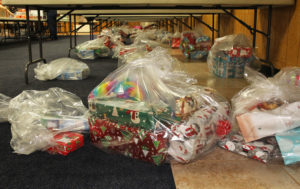 Presents for families are lined up under tables Friday morning at the Elks Lodge. Jillian Danielson/RiverScene

“I just like it because we help so many families in the community,” said Kay Wdowiak, Elks Lodge Elkette, and wife of Ed Wdowiak. “We wouldn’t have known how many were in need until we got involved. This is about giving back to the less fortunate, we’ve all been there.”