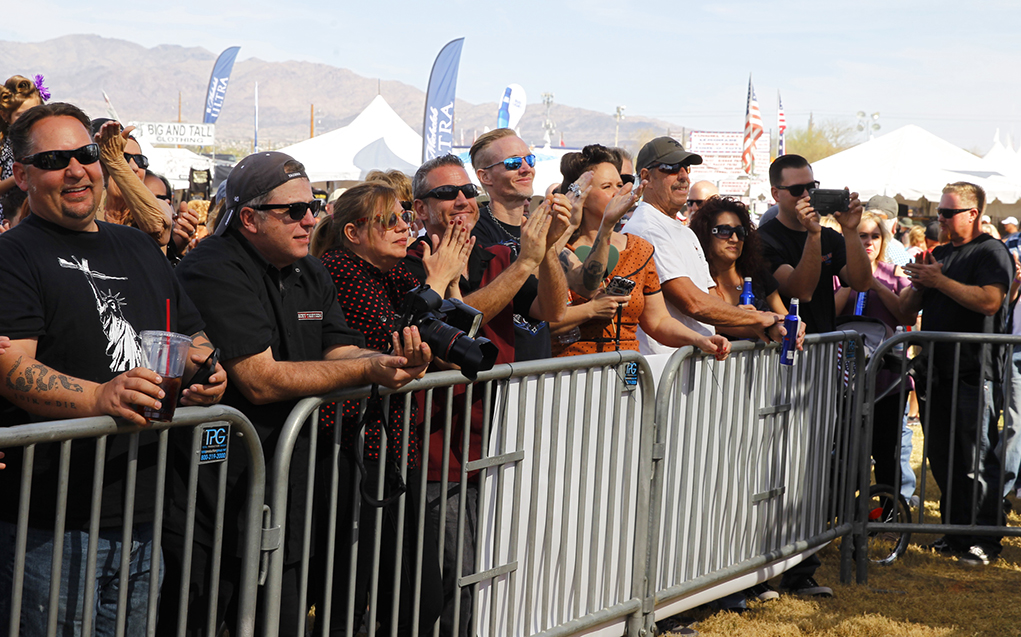 The 10th annual Rockabilly Reunion was a rockin’ good time. The weekend event brought thousands of visitors from around the world to visit Arizona’s largest rockabilly car show and music festival. 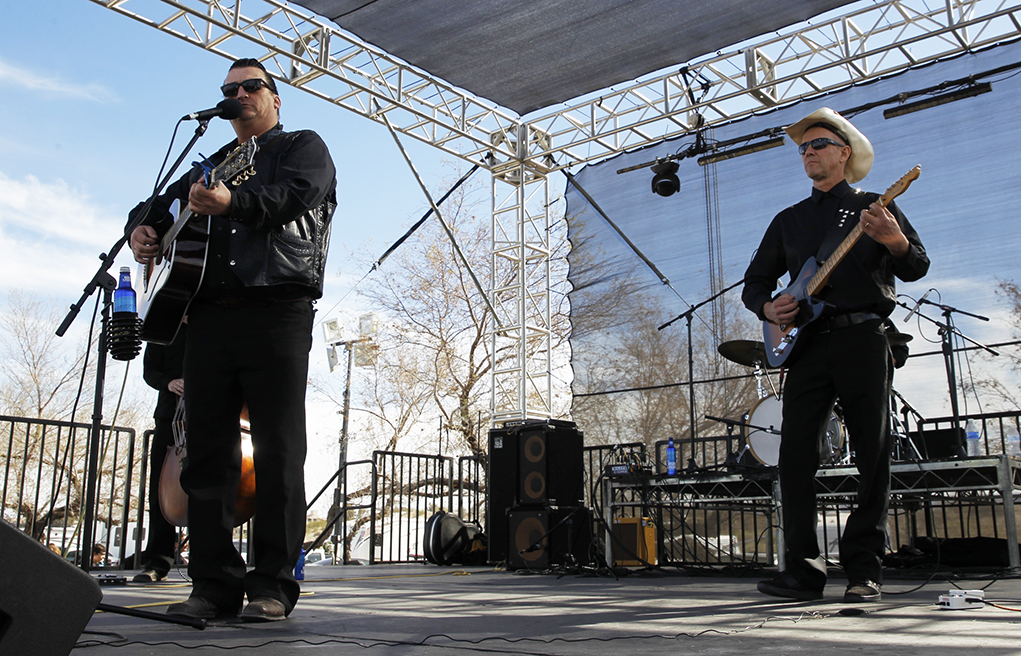 Cash’d Out plays during Rockabilly Reunion on Saturday. Jillian Danielson/RiverScene

Neon Circus, of Phoenix, brought in a country twang as a Brooks and Dunn tribute band. From San Diego, Calif., returning once again was Lake Havasu Rockabilly favorites, Cash’D Out. Cash’D Out is a Johnny Cash tribute band. Also from San Diego, Calif., was Willie Nelson tribute band, Red Headed Stranger. Hailing all the way from Germany was The Booze Bombs. The group plays in the area only once a year for Rockabilly. The Octanes are an award-winning band from Austin, Texas. The group is sponsored by Gretsch guitars, the main sponsor of the Reunion.

The performances were all MC’d by Tumbleweed, stage personality and owner of Rockabilly restaurant in Phoenix, The Blooze.

When the music wasn’t rockin’, the girls were walkin’ in the much-anticipated Pin-up Beauty Pageant. Dixie Rebelle hosted the event. The winners of the weekend: 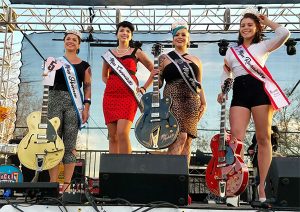 Off-stage, the Rockabilly reunion included vendors with unique goods and services such as pin-up attire, motorcycle enthusiast memorabilia, face-painting and a zipline.

Scattered on the asphalt was a sea of revving motors, vintage cabs and rat rods. 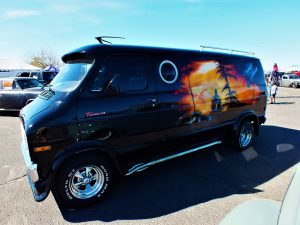 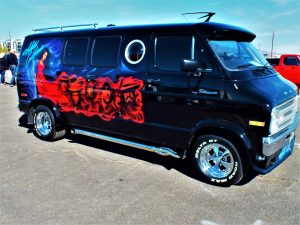 One car owner named Hip, accompanied by his friend, Jim, enjoyed the weekend atop Hip’s custom built 1936 International pickup. Hip bought the truck for $200 and rebuilt the whole motor and body himself. This is Hip’s second year at the Lake Havasu Rockabilly Reunion. 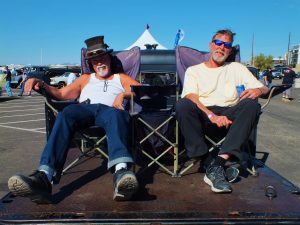 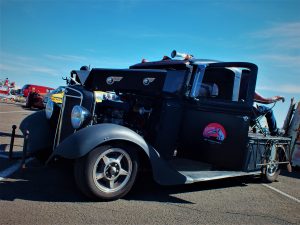 “I love Rockabilly because they do their own thing and it’s all different. There are some real down-to-earth people, just wonderful people. The other car shows are so uptight and don’t let you touch anything. Here, they do cool things and kids love the trucks. It’s cool for everyone” said Hip. 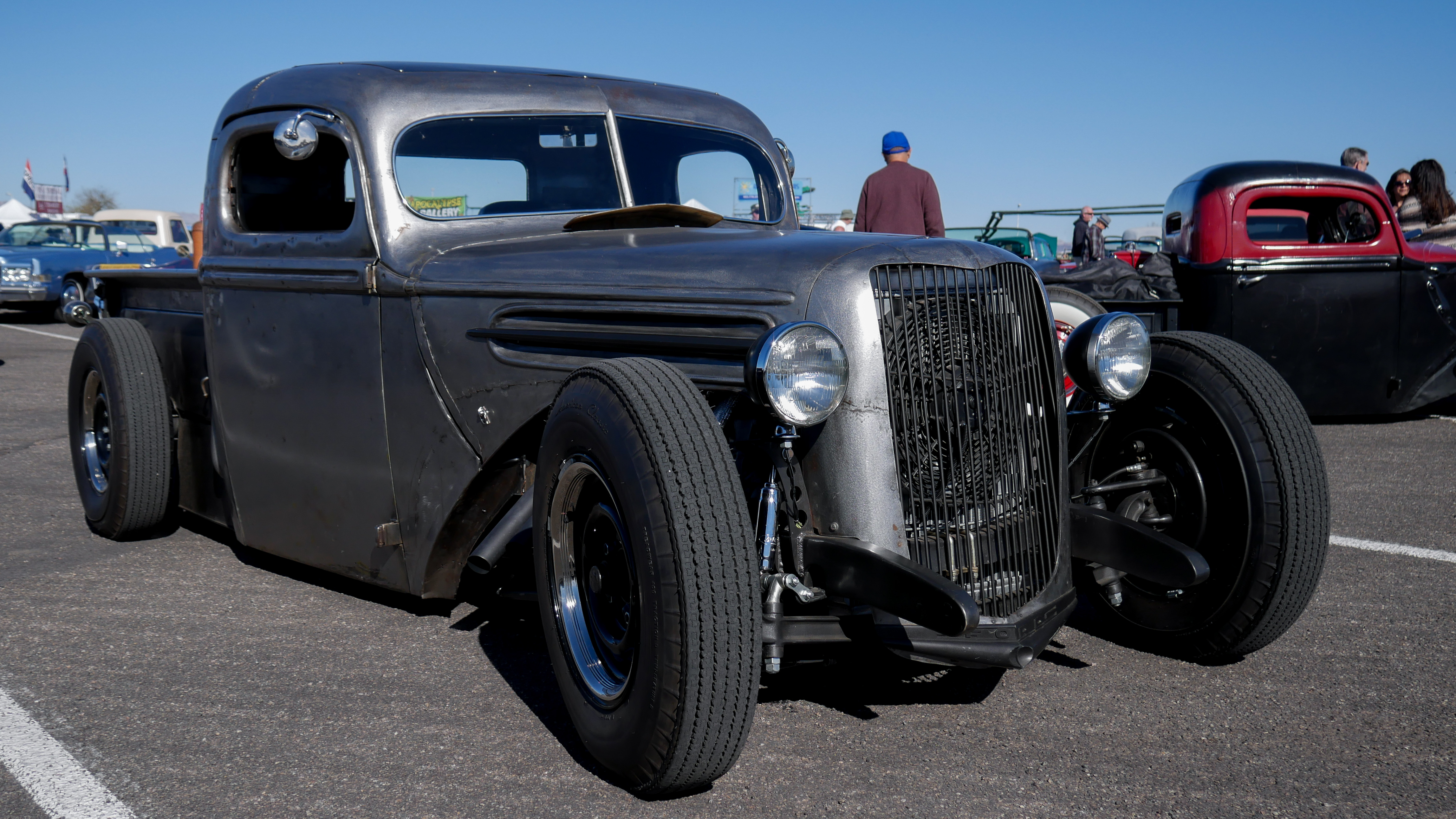 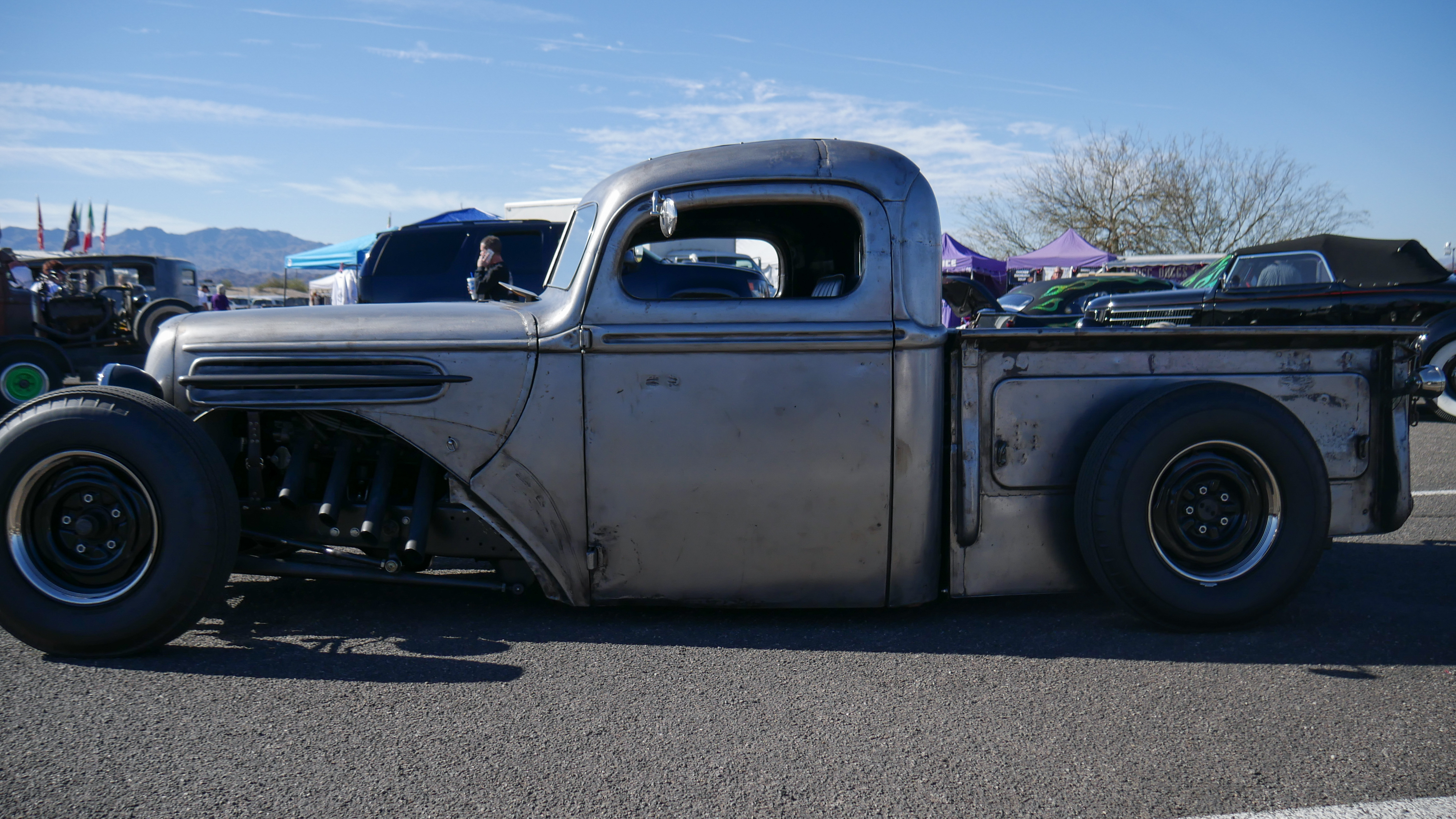 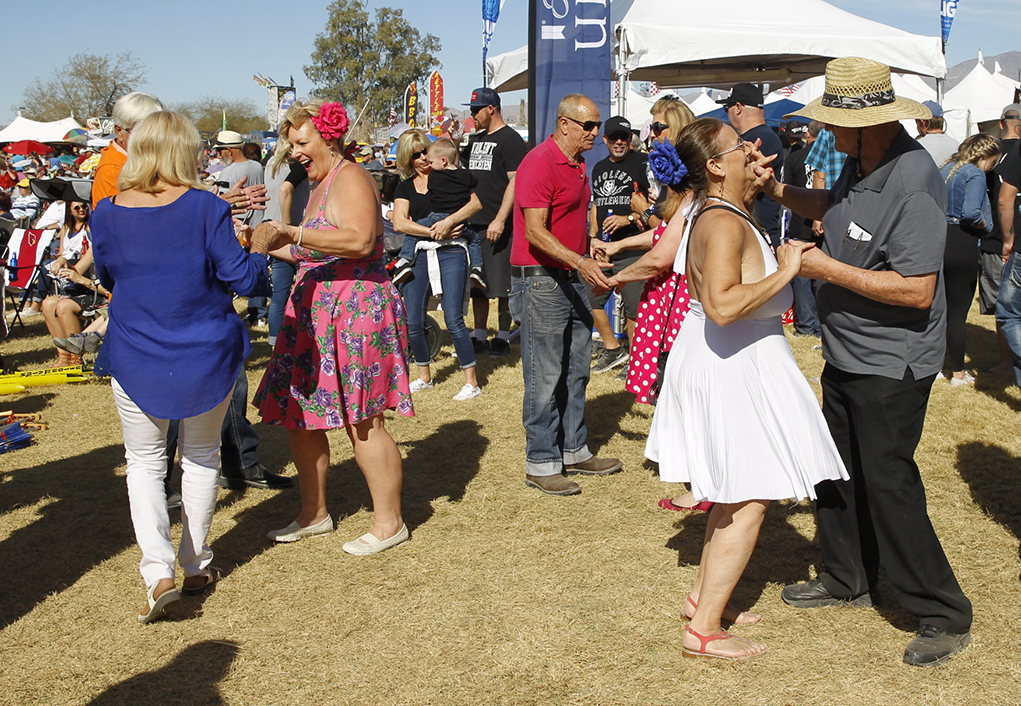 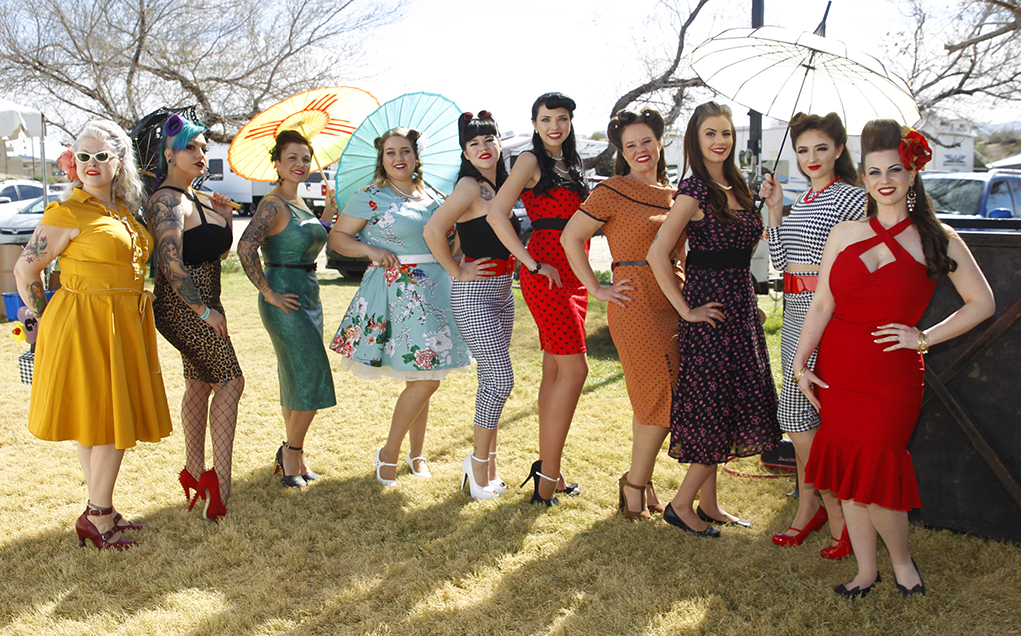 Pinup contestants pose for a photo before the contest begins on Saturday. Jillian Danielson/RiverScene 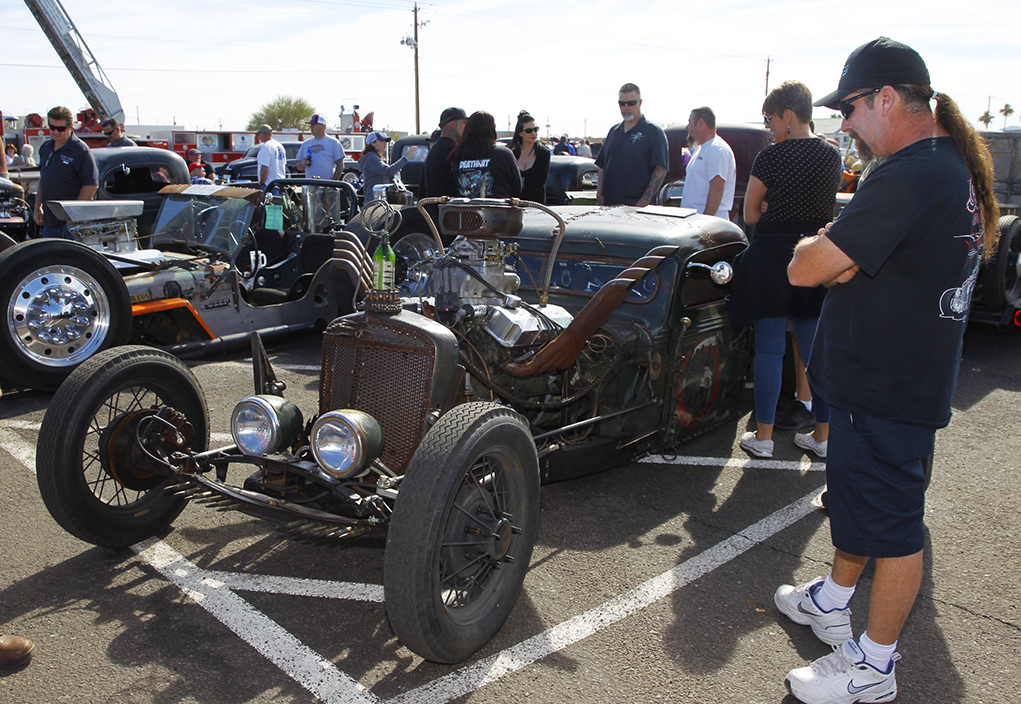 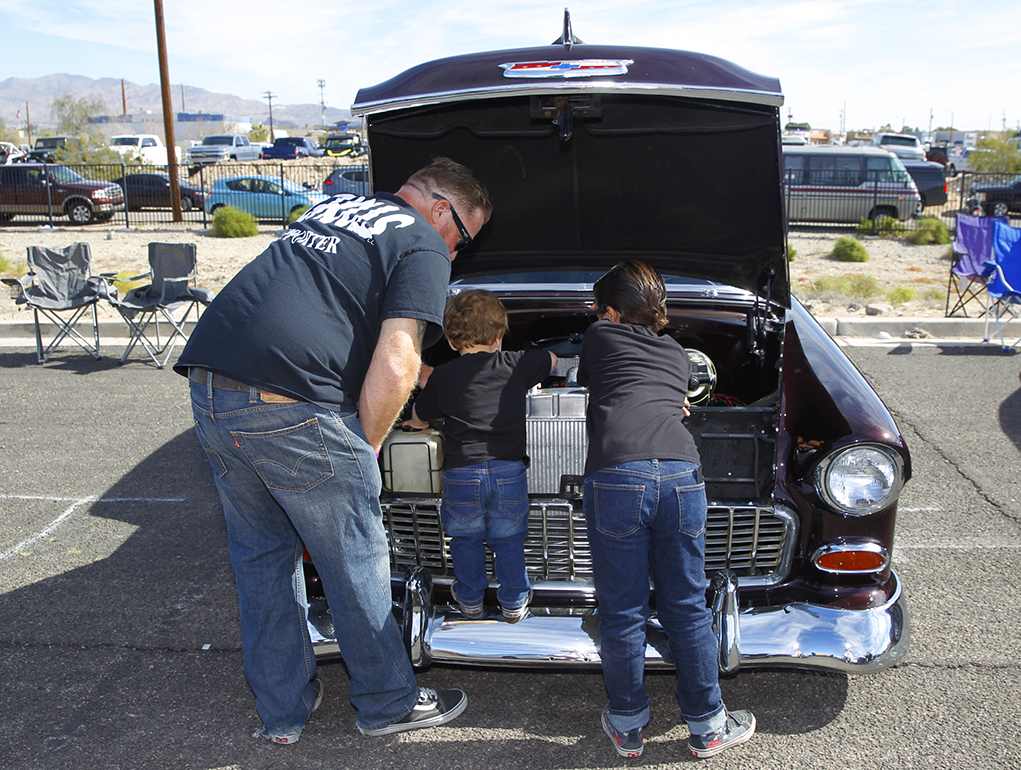 JD VanCleave shows his sons Frankie and Mason what’s under the hood of his 1955 Chevy. Jillian Danielson/RiverScene 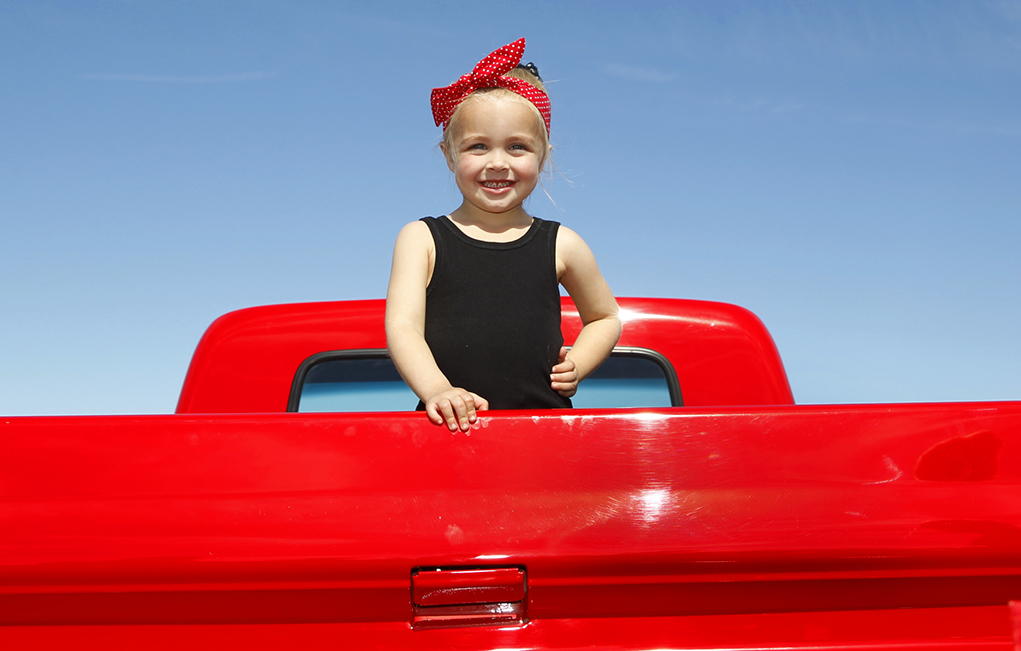 June Van Horn poses for a photo in the back of her grandpa’s truck at Rockabilly Reunion. Jillian Danielson/RiverScene 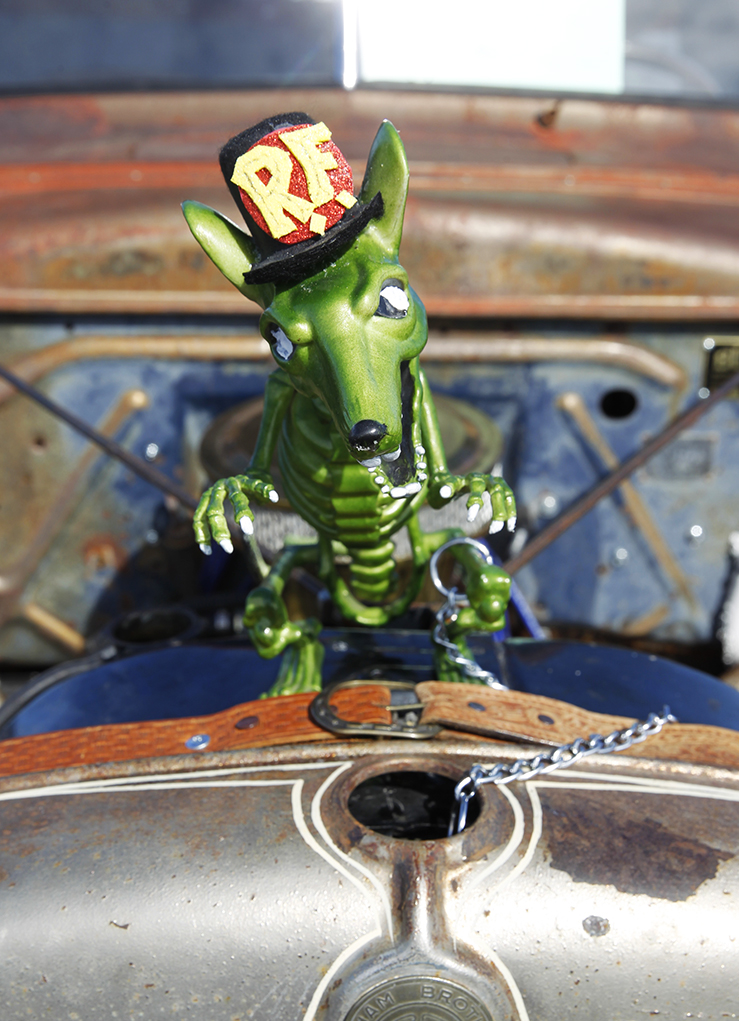 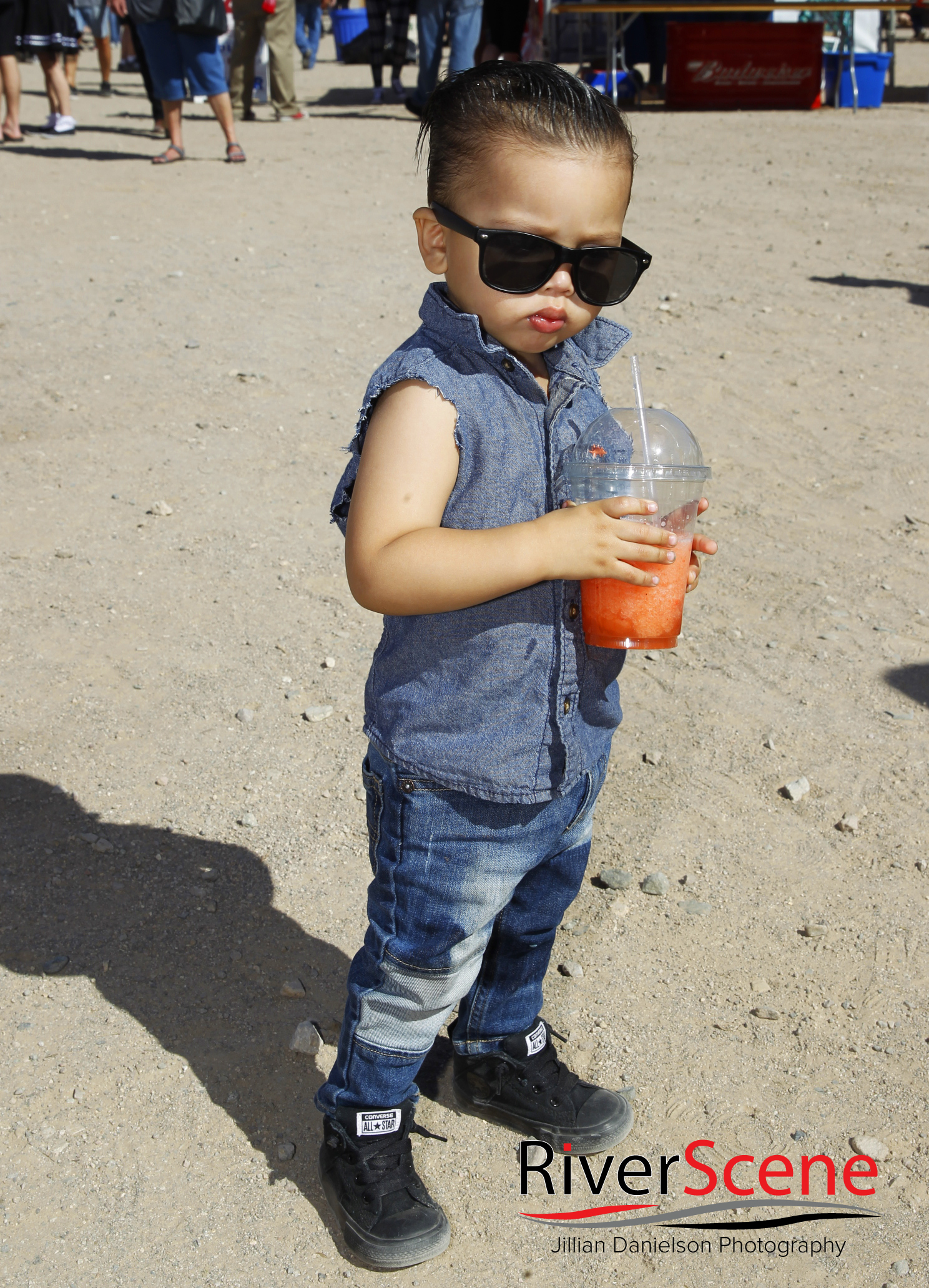 Jessiah Grecu is chillin’ with his slushie Saturday at Rockabilly Renion. Jillian Danielson/RiverScene 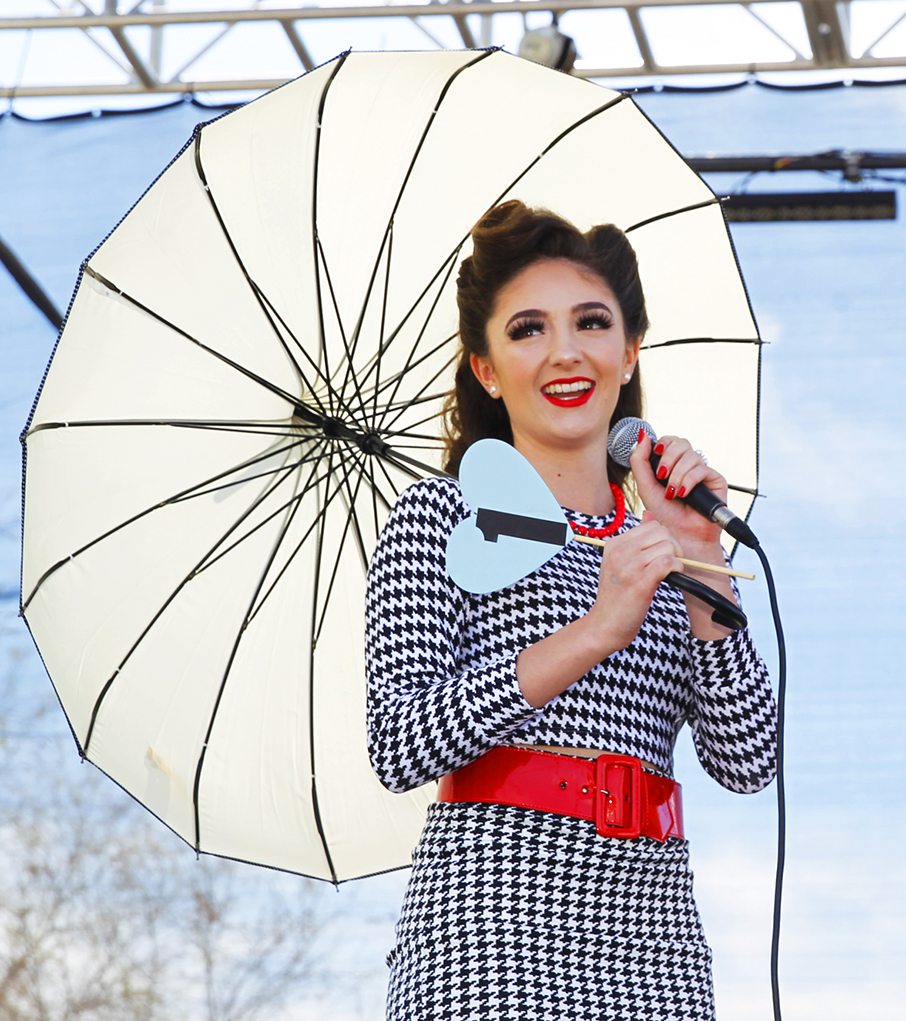