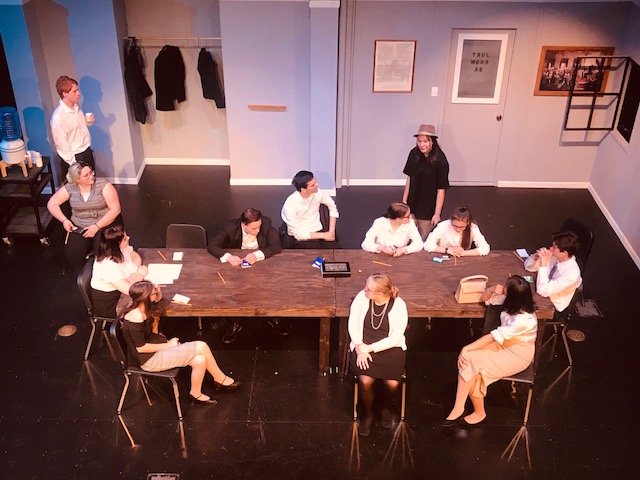 Lake Havasu High School presents “12 Angry Jurors” this week, Thursday & Friday at 7 p.m., and Saturday at 2 p.m. Admission is waved for this special series of performances and all are welcome to attend.

“12 Angry Jurors”, previously known as “12 Angry Men”, is widely considered a monumental work in theatre. The newly revised production is steadfast in its adherence to the classic movie and stage production with one exception, jurors are both men and women. This important change has made the play relevant to a new generation while keeping the age-old conflicts intact.

“12 Angry Jurors” revolves around the case of a 19-year-old man who has is on trial for the murder of his father. “This is a remarkable thing about democracy,” says the foreign-born juror, “that we are notified by mail to come down to this place — and decide on the guilt or innocence of a person; of a man or woman we have not known before. We have nothing to gain or lose by our verdict. We should not make it a personal thing.”

But personal it is, with each juror revealing his or her own character as the various testimonies are re-examined. Tempers get short, arguments grow heated, and the individuals become 12 angry jurors. 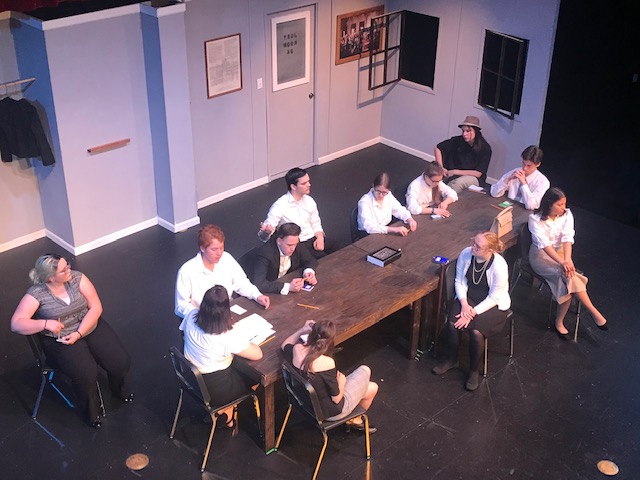 “The struggles and conflicts which arise during the play such as racism, classism, poverty, xenophobia and family dynamics are still just as relevant today. I believe that is why this cast is consistently delivering some of the best performances I have seen by students their age,” said Jason Fallis, director and drama department teacher.

“This is a talented ensemble with a number of superior acting finalists at the state level which will represent LHHS at the International Thespian Festival this summer. Of course, none of this would be possible without the hard work of our stage crew which is comprised completely of students.”

Seating is first come first serve for the performances. Run time is expected to be 90 minutes with a brief intermission. For more information, visit the LHHS Theatre Facebook page https://www.facebook.com/Openingknightstheatre/ or call 928.854.5499