The 12U Scorpions Head To New York 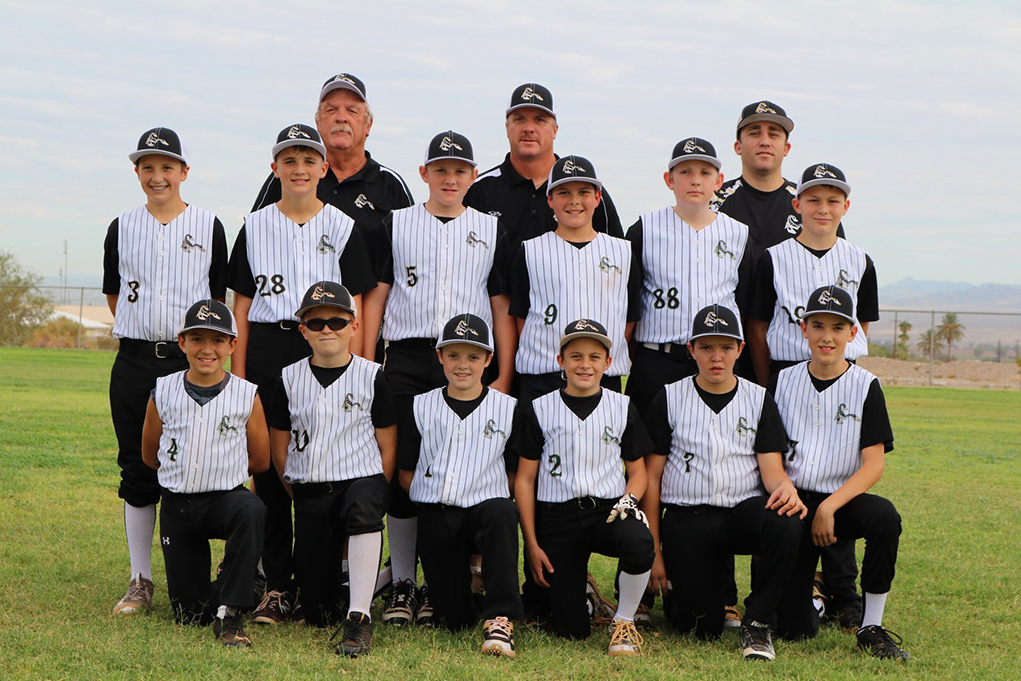 Lake Havasu’s own 12U Scorpions baseball team is making the trip of a lifetime this week to play in the Cooperstown Baseball World tournament, located in Cooperstown, NY. The tournament, boasted as the “only premier international tournament in the area,” will last a week and have as many as 100 teams participating.

The team, coached by Greg Verbrugge, has been preparing for the tournament for roughly four years.

“We started most of the kids at 8 years old, playing travel ball,” said Verbrugge. “One of the parents brought up Cooperstown, so we started fundraising for the trip and went from there.”

The team fundraised for nearly two years, and through golf tournaments, car washes, local business donations and corporate sponsors, they raised the required funds to make the trip. 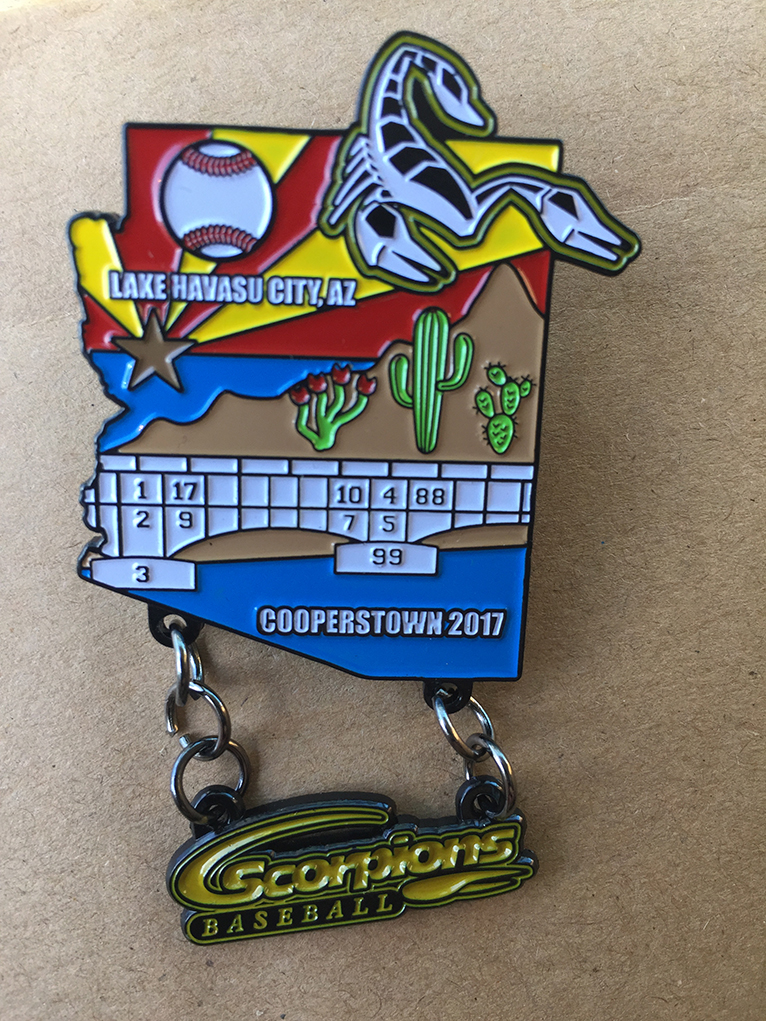 50 trading pins are given to each player during the tournement and are told to trade them to collect other pins. photo courtesy Greg VerBrugge.

The tournament begins on Saturday, with an individual skills tournament, for skills such as home run hits, most accurate throws and speed while running the bases. The actual baseball games begin on Sunday, and run throughout the week.

“We play two games on Sunday, two games on Monday and two games on Tuesday,” said Verbugge. “After those six games, we will be ranked 1-100 and then plugged into a bracket for at least one more game. Depending on how we do in the brackets, we could make the Championship game on Thursday.”

Along with playing on “state-of-the-art, specially designed fields for their age group,” the team also receives free passes to visit the National Baseball Hall of Fame and Museum. Verbrugge is very proud of his team and all they have accomplished thus far.

“Seeing the kids succeed over the years has been my greatest success, they are all tremendous baseball players,” said Verbrugge. “It’s not about making it to the major leagues, it’s about enjoying the game and learning life lessons along the way.”

RiverScene Magazine will follow up with the 12U Scorpions next week following the conclusion of the tournament to share how the team did.

For more information on the Cooperstown Dreams Park, visit: http://cooperstowndreampark.com/