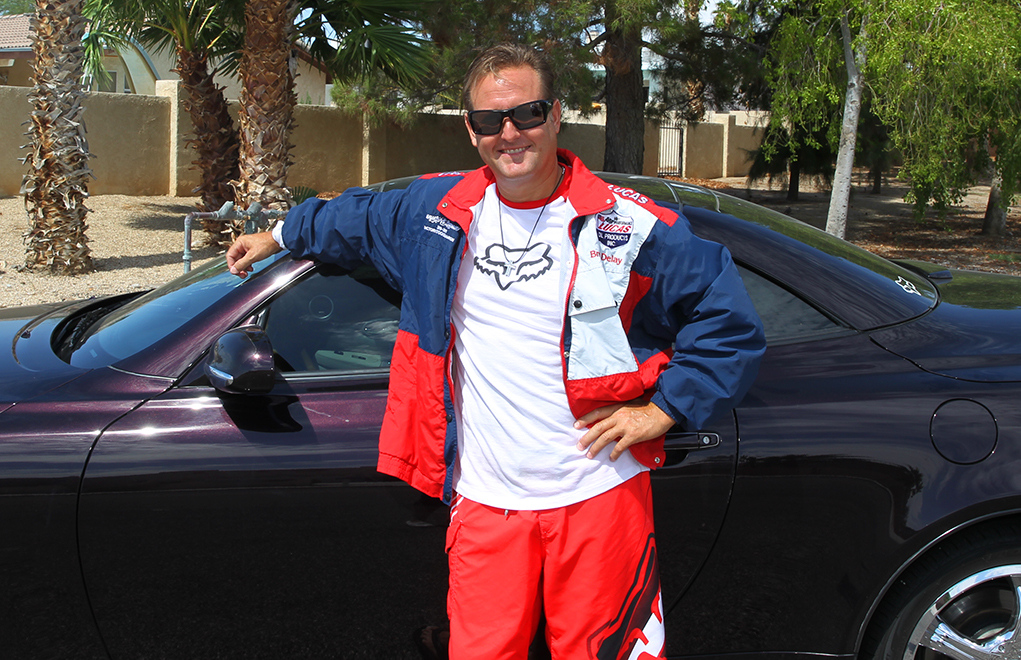 1.) What is your least favorite food? “Vegetables. All vegetables.”

2.) If you were to buy candy, what would you pick? “Good & Plenty’s are my favorite. It used to be Milk Duds.”

3.) If you could remodel at home, what would be yourfirst project? “The backyard. A pool.”

5.) What is the oddest pet you’ve ever owned? “Mojo. He was a dog with an under-bite. He was a mutt of a dog but he was my best buddy. He was a 17-year-old Chihuahua-Pomeranian mix. He didn’t make it but we have a new dog now.”

6.) Favorite local restaurant? “Bad Miguel’s. I get their pancakes and they have good coffee. The owners race motocross with me so I like to support them.”

7.) What is your dream destination vacation? “Bora Bora. It’s the little huts way out on the water, and the color or the water. Away from everything, it’s the end of the world. But, we pretty much live in paradise already.”

8.) What is your favorite article of clothing? “Fox. Anything Fox. I support them. I’ve put their kids through college.”

9.) Do you have a favorite television show or series? “’Misfit Garage’. It is hillbillies working on cars. I like it.”

10.) What is your favorite event in Havasu? “The race season. It’s October to April. All of my family and friends come. It’s the only time we all get together. That’s what I love about the racing deal.”

13.) What is one thing that must be on your grocery list? “Water. Bottled water. I like Sparkletts water.”

16.) What is your perfect pizza? “Double pepperoni, I just had it last night from Mudshark Pizza. But, I really like Rosati’s. Rosati’s is the best.”

17.) What is your favorite pastime? “Racing dirt bikes, that’s my favorite. And, I like camping.”

18.) If you were a zoo animal, what would you be? “A honey badger. You’ve never seen one? They’re just mean, and they’re quick. There’s a comedy skit about a honey badger that I just saw the other day.” 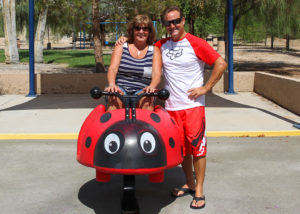 Brent DeLay, 48, has lived in Lake Havasu City for 12 years. He moved here to be with his girlfriend Shelly Nielson. In the beginning, it was Shelly who was the racer and Brent would cheer her on from the stands.

Brent credits her for getting him into racing. He locally races motocross, Jet Skis, and Factory Stock racecars.
During his six-year racing career, he has crashed two race cars. Brent said he prefers racing the racecars to anything else because it hurts less when he crashes.

This race season, Brent is in his third racecar. He is number 29.

The race season begins Oct. 1 at Havasu 95 Speedway, located at SARA Park, in Havasu. As a racer, Brent is a popular, fan-favorite there.

For more information on the speedway and the race season schedule, visit www.havasu95speedway.com.

One Response to “20 Questions With Brent DeLay”