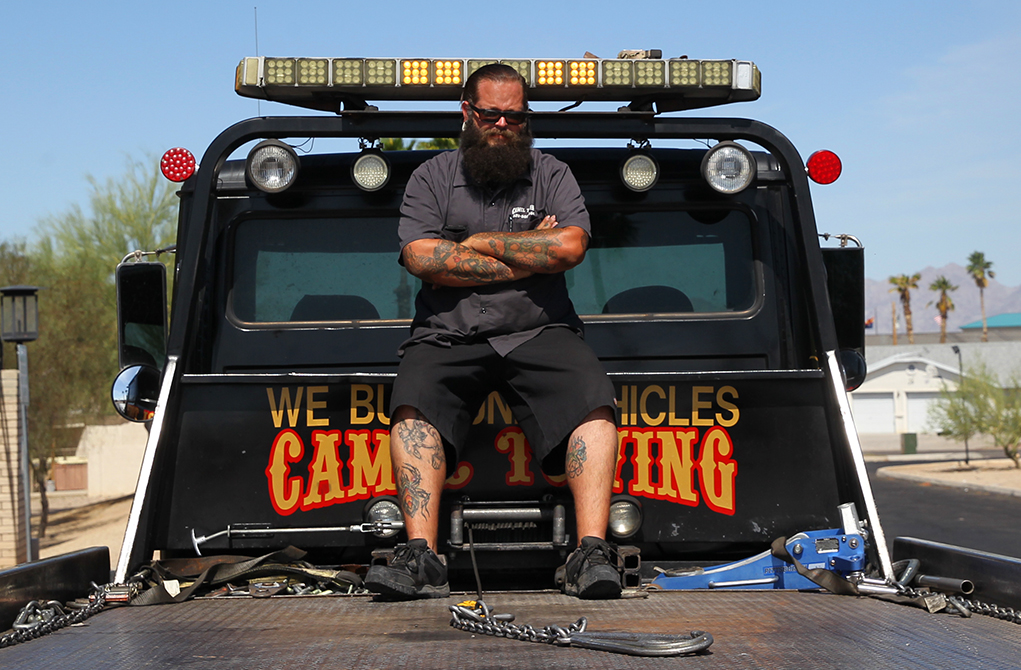 1.) What is your perfect pizza? “Pepperoni and bacon with extra cheese from Ken’s Pizza.”

5.) What is the oddest pet you’ve ever owned? “A pet rock. In the 1980’s they were a thing and Steve was a weirdo. Steve is the rock. I think my grandma got it for me in a souvenir shop. The problem is that it will live a lot longer than me.”

6.) Favorite local restaurant? “College Street Brewery. It’s the only place that I’ll let cook me a steak. No one else gets it right. And, it’s the only place I’ll have a beer – Big Blue Van. It’s a light blueberry beer. It’s sweet without being candy.”

7.) What is your dream destination vacation? “My bed. I’m an insomniac so I don’t sleep. … But, Peru, too. I’ve always wanted to hike Machu Picchu. It’s an old Incan ruin there. I’ve been drawn to them since I was 3 years old. I like ancient civilization.”

8.) What is your favorite article of clothing? “Dickies shorts. If you look in my closet there is 15 different pairs of those.”

9.) Do you have a favorite television show or series? “ ‘The Walking Dead’ right now.”

10.) What is your favorite event in Havasu? “It’s a tie between the Tattoo Convention and Rockabilly. The bigger the event is the better.”

11.) Who do you ask for advice? “Google. I don’t usually ask anyone for advice. I’ve seen it, know it, or read of it. I have a photographic kind of mind.”

13.) What is one thing that must be on your grocery list? “Microwave breakfast sandwiches.”

16.) What is your least favorite food? “Pickles. Pickles’ smell kills me. I worked fast food when I was younger and the pickles’ smell just won’t go away.”

17.) What is your favorite pastime? “Cars. I like anything revolving around cars.”

19.) What cheers you up? “Helping people. I do my best to go out of my way to make it better for them. I’m always the guy that is there for everybody.”

Jacob Jackson, 33, has been the manager of Camel Towing in Lake Havasu City for about five years. Jackson moved to town in 2001. His parents also live here. He loves pets but currently is without any. Jackson’s tow truck is a 2001 Freightliner FL60 light duty rollback. It’s been with him about a half-million miles. On average, Jackson daily tows 10 to 15 vehicles. He is dedicated to his on-call schedule 24 hours each day. Jackson also has been known to help walk Rotary Park twice over at dusk while helping a stranded customer search for lost keys.