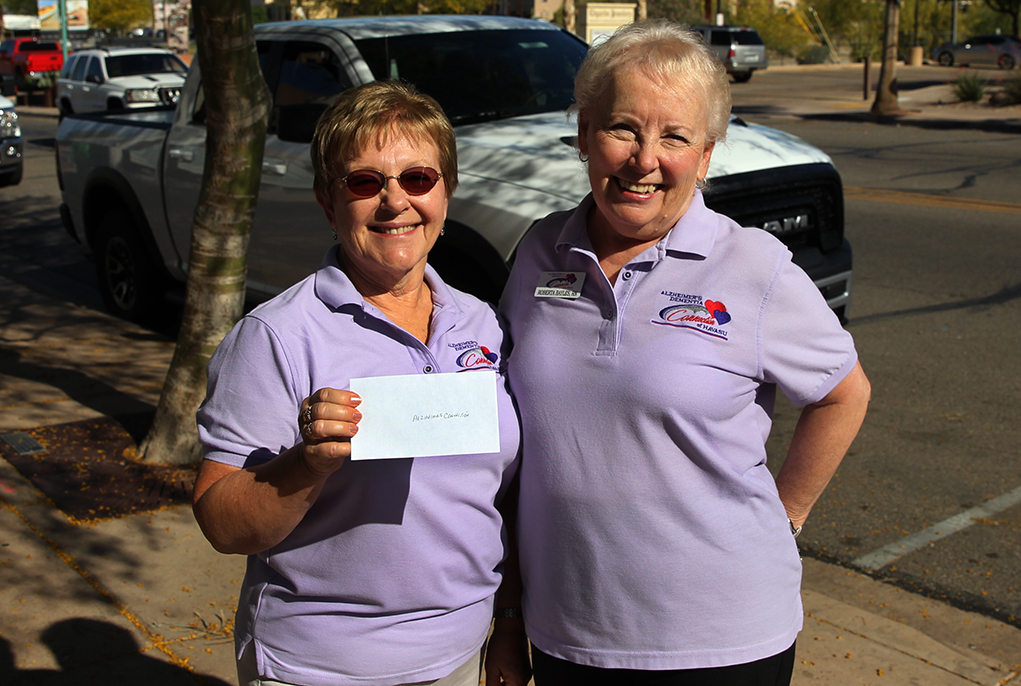 The Havasu Island Balloon Festival and Fair was born from the desire of members of the originating Lake Havasu London Bridge Lions Club and the London Bridge Rotary Club to give back to the community on a large scale.

The proceeds from this year’s Balloonfest held in January were distributed Tuesday on McCulloch Boulevard near Pima Wash. 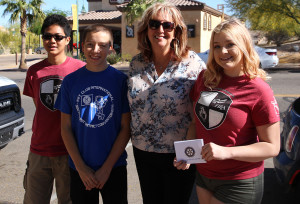 Francis Mendoza, Jonathan Gomez, Laura Denny, and Rihanna Scoggins receive a check in the amount of $2500 for the Future Business Leaders of America. Jillian Danielson/RiverScene

One of the organizations that received a check was the Future Business Leaders of America (FBLA) of Lake Havasu High School. FBLA advisor Laura Denny was excited to accept the check.

“This is allowing my students to attend the National FBLA Leadership conference in Atlanta Georgia,” Denny said. “Nine students qualified for our state conference. This gives them the opportunity to learn what they learn in the classroom is what they are applying in real life and it’s going to be 10,000 students at this conference and we are really excited. This will help them travel.”