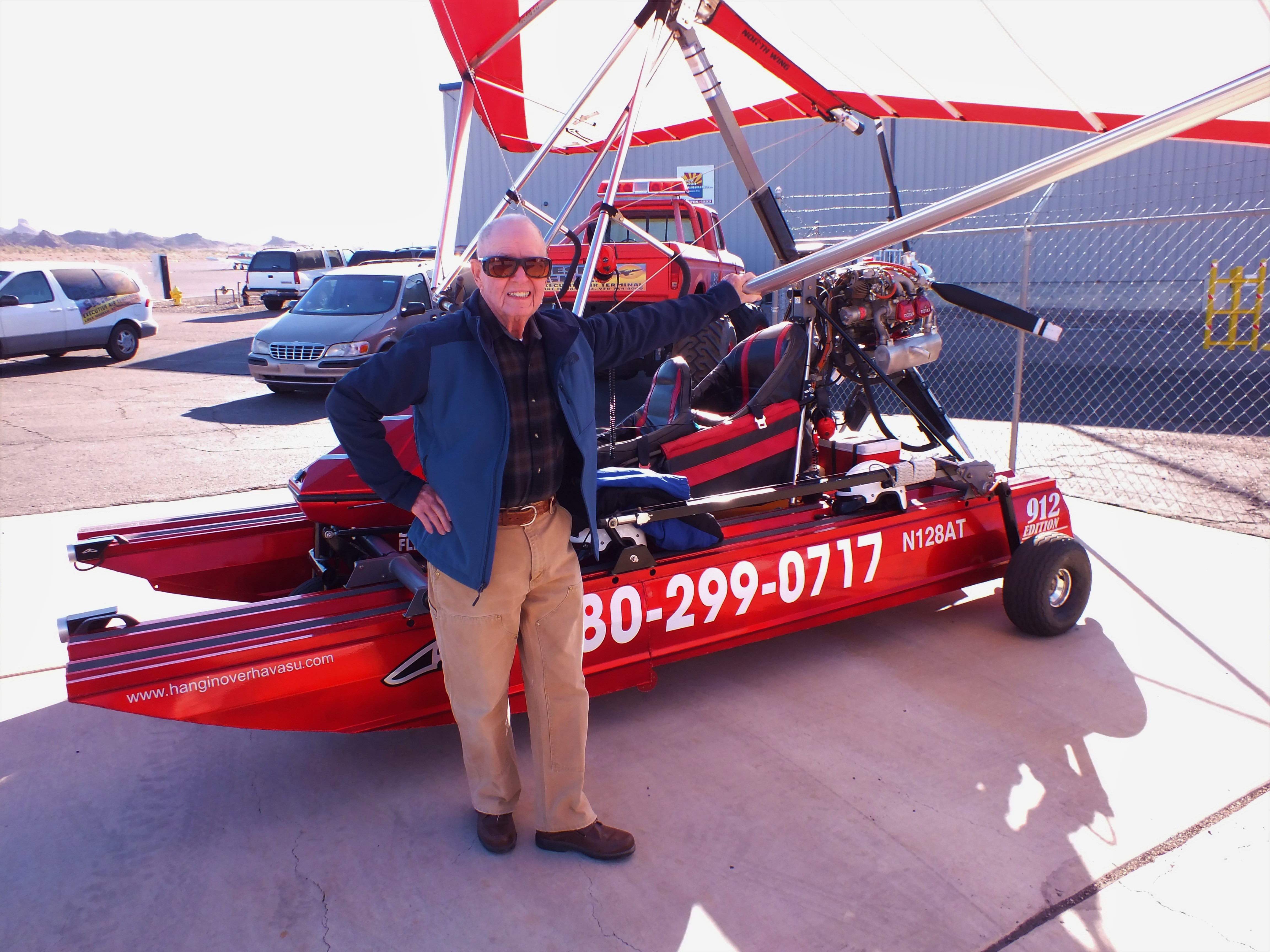 Most birthdays are filled with parties and gifts, ending with a wish blown over candles. Most only wish to make it to 90 years old, never thinking about how to celebrate such a milestone.

For Richard “Dick” Couch, the only way to celebrate 90 hard-earned years was in style.

For more than 30 years, Couch spent his life in the sky as an air pilot both commercially and recreationally. His son, Russell, knew just what would set his father in his prime for his day. 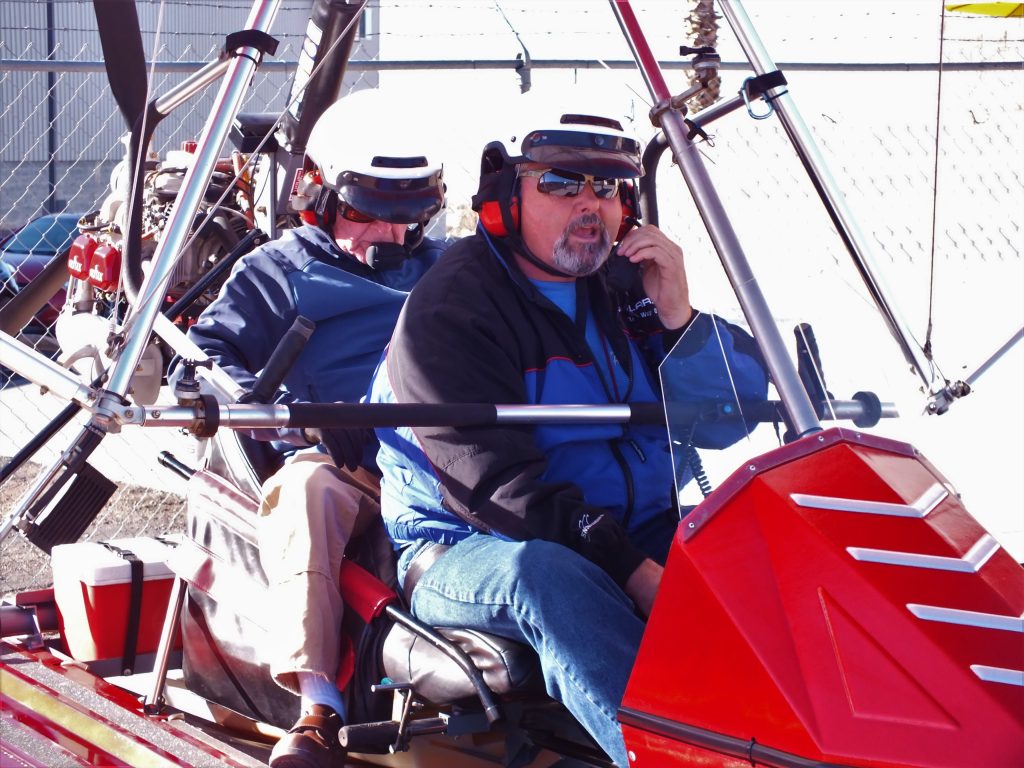 “He would always take us on flights everywhere. He’d sit us on phone books, not quite tall enough to see over the dash but just enough for the controls.”

The Couch family met with their FAA certified flight instructor, Joe Lorenzen, mid-morning to get ready for the hour-long adventure. The craft was a Cygnet Amphibian, light-sport aircraft. With no enclosed cock pit and piggy-back, one could truly experience flight. Not only was ride for fun but was a Light Sport Flight lesson with hands-on experience

“I’m pretty excited. I have flown in many planes but never one of these. I was a pilot for 30 years but this is a new experience for me. For my 90th, I was like ‘Take me up!’ ” Couch said. 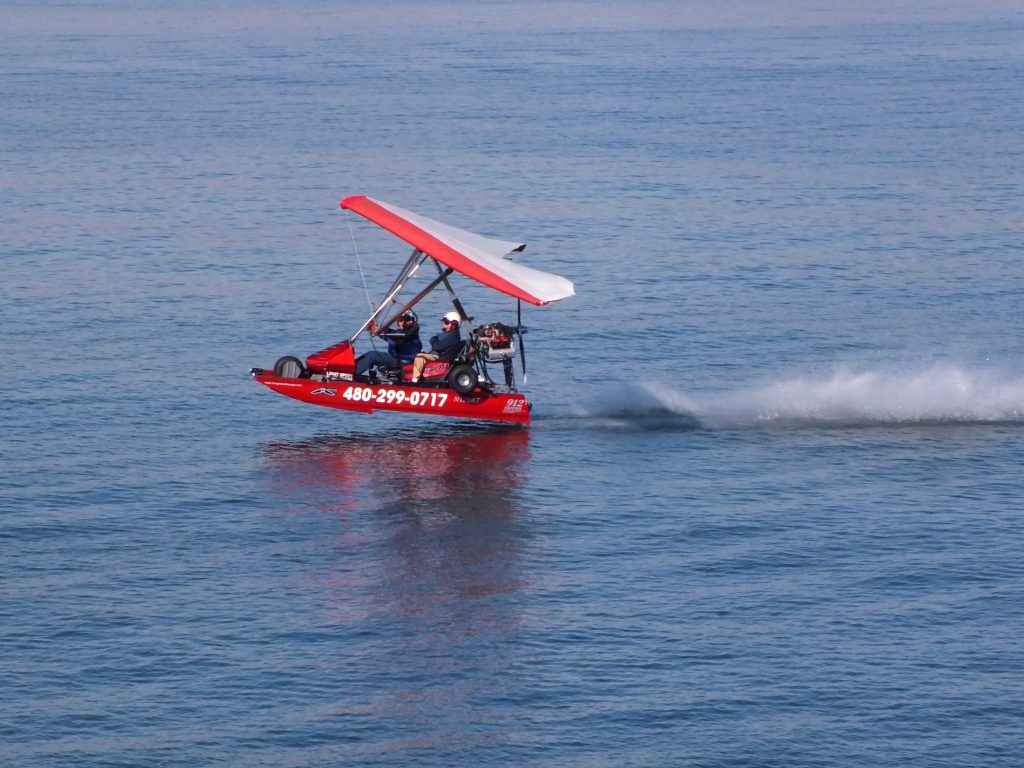 The two began their route north over Topock Gorge, circled over the Arizona lake side, and headed South toward The Island. As they glided past the cliffs between Crazy Horse campground and Site Six, they dipped to water level and glided across the lake surface, flew back up into the air and circled. 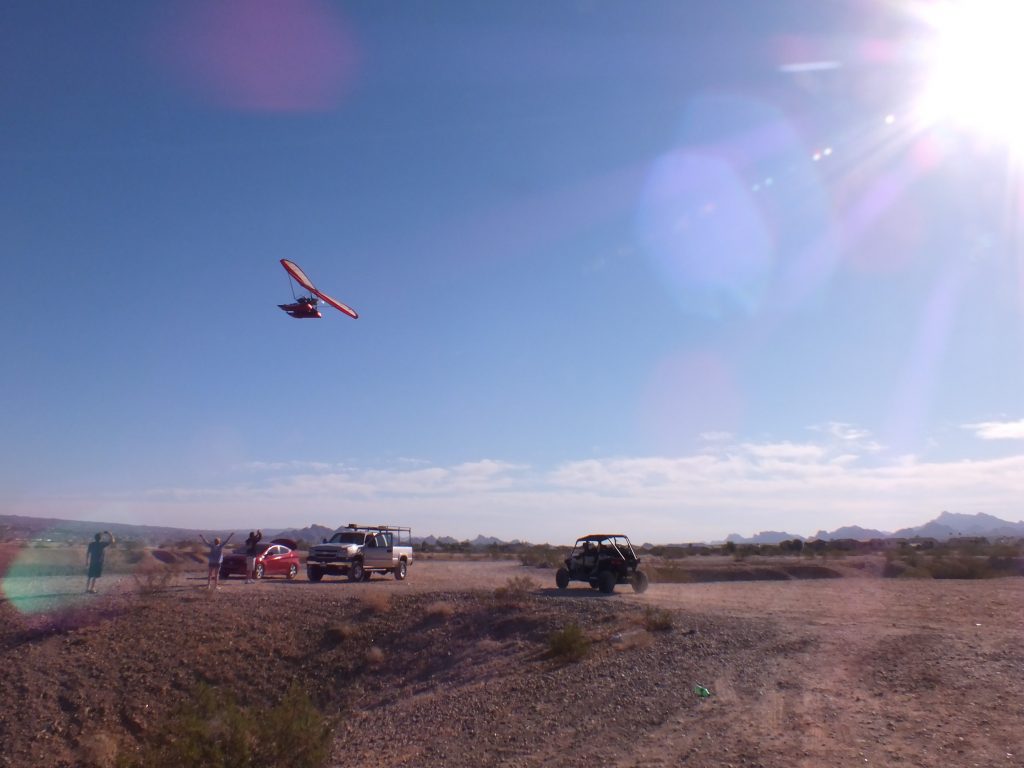 The two sons and daughter of the birthday boy watched from the red and white lighthouse at the tip of the Island as their father was in flight once more. Richard waved back with a giddy grin of a man in his prime. 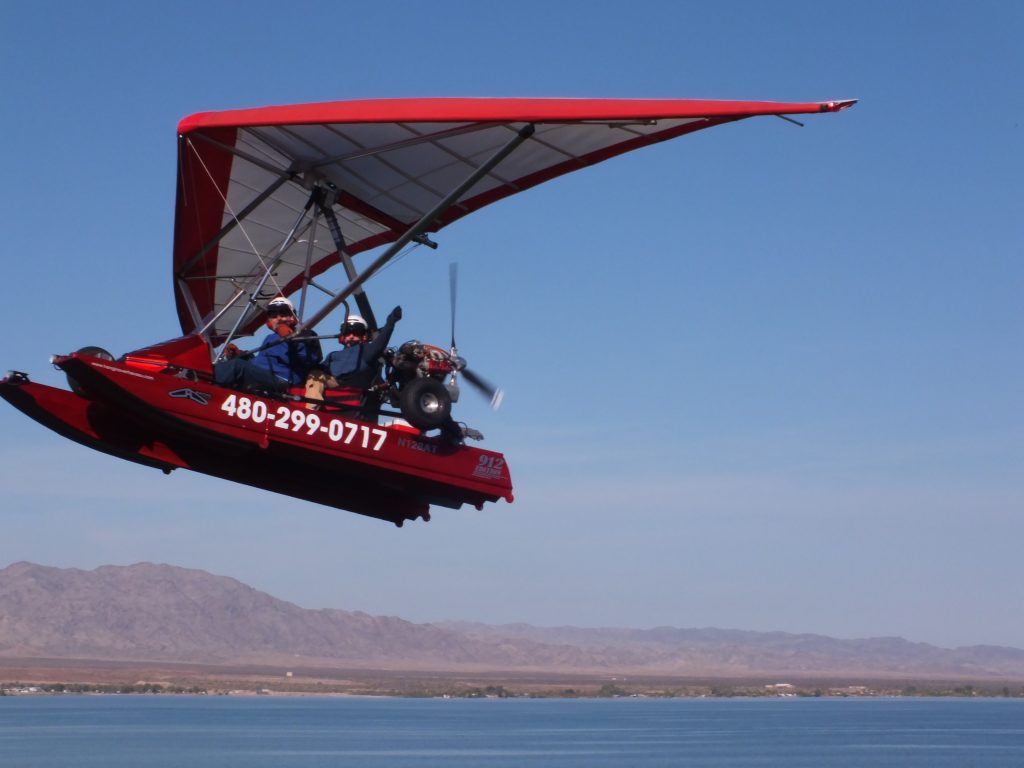 Richard waves as they fly by. Grace Usher/ RiverScene Magazine