A Brief Mining History Of Havasu 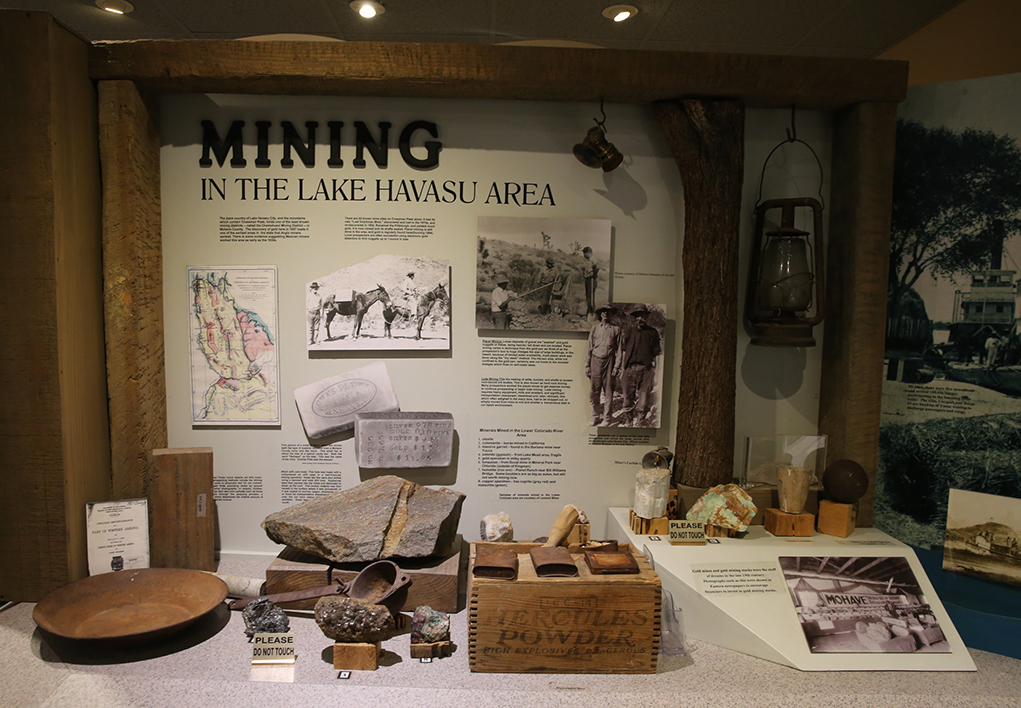 The desert area surrounding Lake Havasu City is great for hiking, off-roading and exploring. Little known about the desert area east of the lake though is its mining history.

Crossman Peak today is one of the most rigorous trails for hikers with steep slopes and long length. In the 1800s, this area was home to the Chemehuevi Mining District.

In 1857, the miners discovered gold and gave a name to the Arizonian desert in prospecting.

Within the area surrounding Crossman Peak, there was said to be more than 40 mining sites that have been discovered. 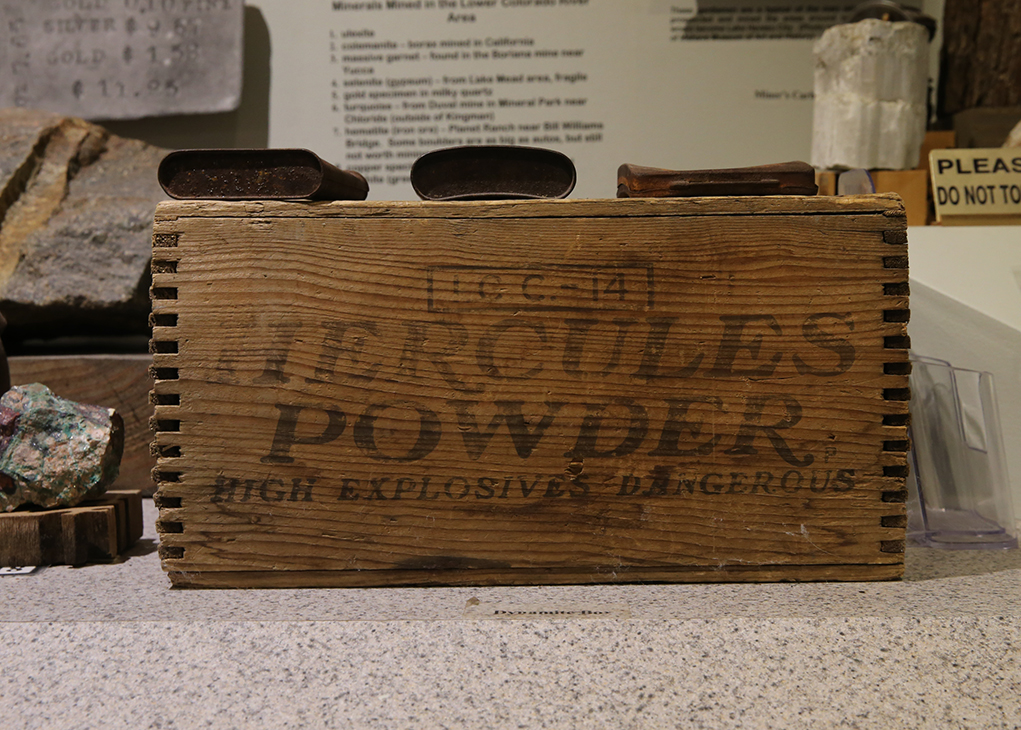 A box that was discovered near one of the mines outside of Lake Havasu is on display at the Lake Havasu Museum of History. Jillian Danielson/RiverScene

One mine, The Lost Dutchman of the Chemehuevi, is now known as the Pittsburgh mine yielded the most gold of the mining sites.

The miners of the 19th century used two forms of mining techniques: Placer and Lode.

Placer mining is intended for smaller mineral samples in which water is used to sift through particles, with the heaviest (most valuable) minerals sinking to the bottom. The most common tactic for placer mining is the gold panning method.

Lode mining is also referred to as hard rock mining. In this format, underground tunnels – shafts – are built to go straight to the source of desired minerals. 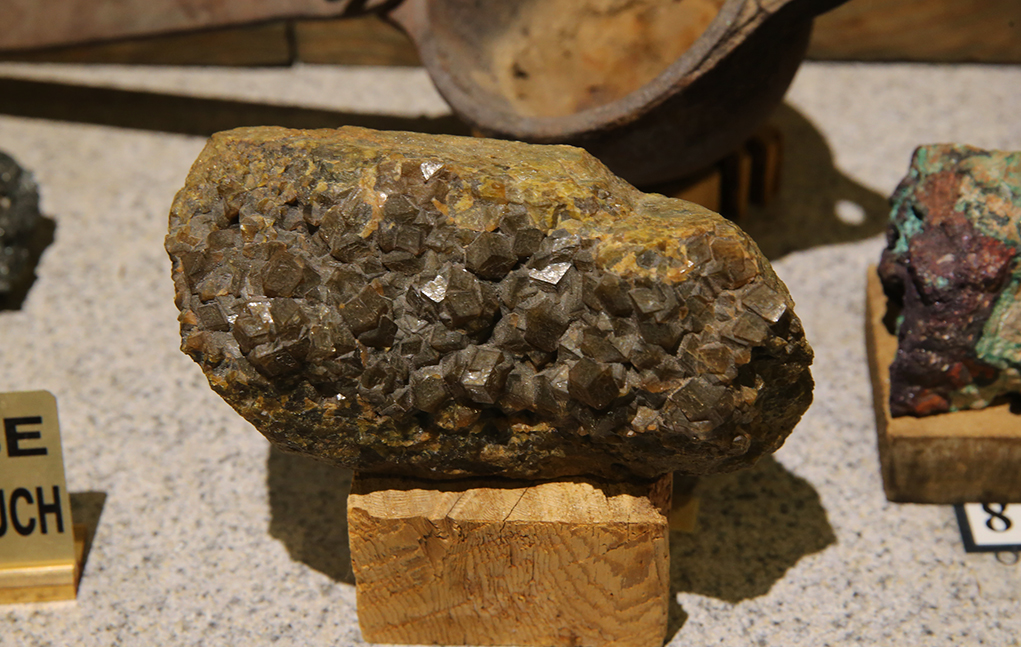 A Massive Garnet is one of the minerals discovered near Yucca. Jillian Danielson/RiverScene

There were eight minerals mined in the the entire Lower Colorado River Area:

In the Lake Havasu area, many miners found gold and silver.

The mining ceased around the turn of the century. Many mine shaft openings can be spotted today, though most have been caved in intentionally for safety purposes.

Most mine sites are unmarked so care should be taken when driving through the desert. Look for concave bases of mountains and drive slowly over hill peaks as some may lead to mine openings.

To visit the caves, the recommendation is to use an off-road vehicle.

To learn more about mining in Lake Havasu, you may visit the Lake Havasu Museum of History. 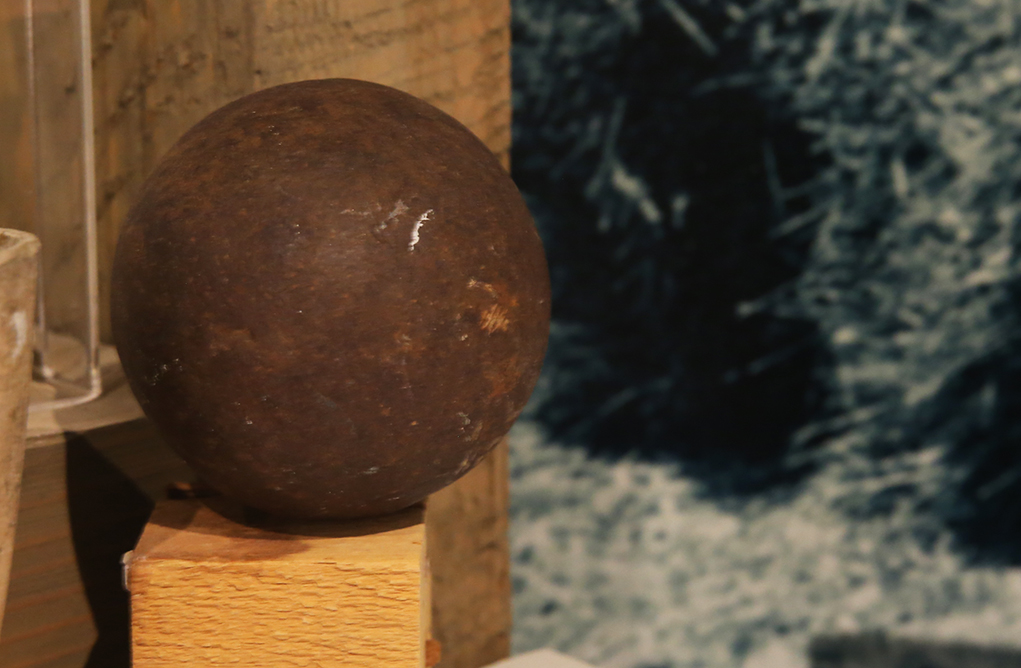 A ball from a Ball Mill for Processing Ore is on display at the Lake Havasu Museum of History. Jillian Danielson/RiverScene 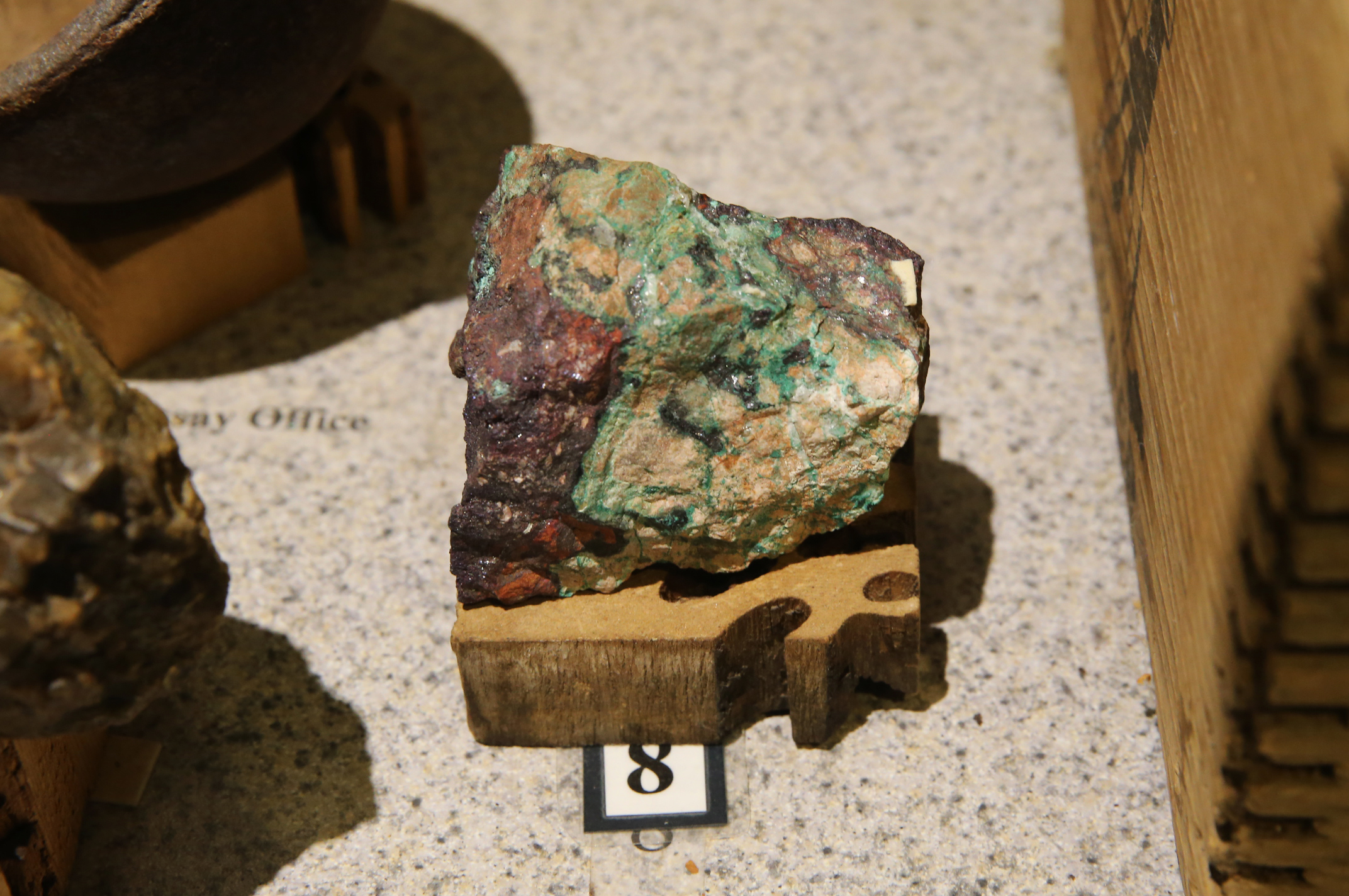 A copper specimen is on display at the Lake Havasu Museum of History. Jillian Danielson/RiverScene