A Classic Find In The Desert 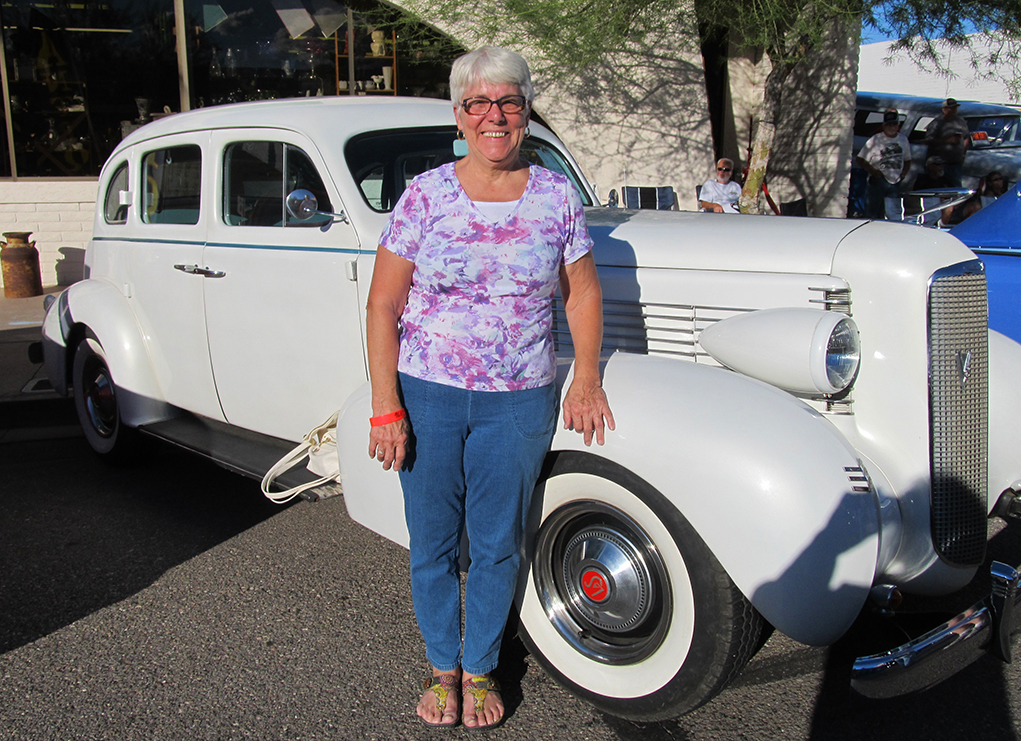 Thursday evening, a parade of 1972 and older cars and trucks lined up along downtown McCulloch Boulevard to show off for the public. The Relics & Rods Car Club’s 38th Annual Run to the Sun Car Show is one of the largest car shows in the Southwest, and this year more than 800 entries were expected.

That’s 800 individual stories of how a proud owner found a treasured classic car. One of those stories is about a 1937 Cadillac LaSalle.

General Motors’ Cadillac division manufactured the LaSalle from 1927 through 1940. It originally sold for $1,485. It is estimated that there are about 50 LaSalles registered today. Eileen Eichler of Havasu owns one of them. 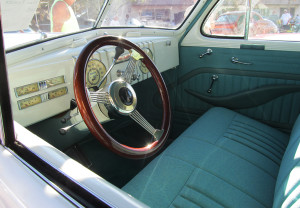 Eichler purchased the LaSalle about 15 years ago from someone who found it about 15 years before in the desert between Havasu and California. As a woman and her husband were driving west on the I-40, the woman spotted something shiny in the desert. Curious, she told her husband to stop, and she hiked to the shiny object to see what it was. She saw a rearview mirror sticking out of the sand and called to her husband to bring a shovel and start digging. They eventually unearthed a 1937 Cadillac LaSalle. The car had no engine or transmission, but the body was remarkably intact, with only a hinge, hood ornament, and a few other minor parts missing.

When Eileen and her husband saw the car 15 years ago, the owners had not restored it. The owner asked if Eileen was interested in purchasing the car, but she said she could never afford it. But the woman was tired of it sitting around and waiting for the husband to restore it, and told Eileen she could have it for just $800. Eileen didn’t hesitate a second, and they took the car home.

Eichler and her husband lovingly restored the LaSalle to its present pristine appearance.

“There was a lot of rust on the body,” Eichler recalls, “and my husband handed me a one-inch putty knife and told me to start scraping,” she laughed. She did the mint green upholstery herself, taking an upholstery class to learn how to do it.

This weekend that 1937 Cadillac sits proudly among 800 others, waiting to be judged.