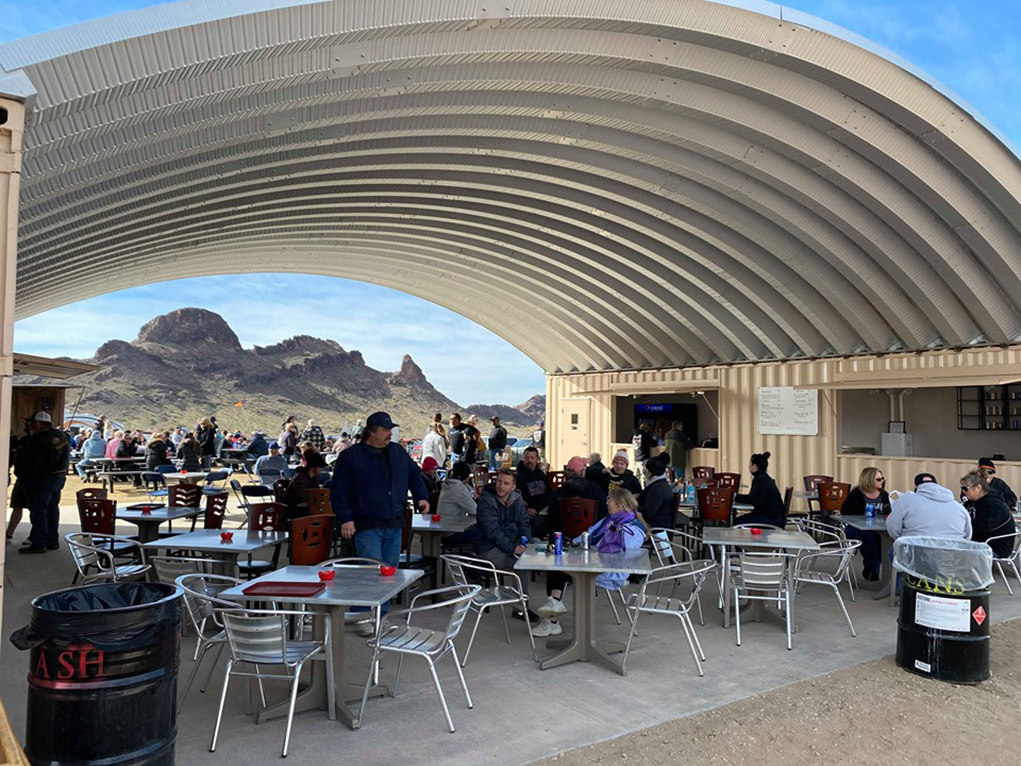 The first day of 2020 not only ushered in a new decade but also the opening of a new desert watering hole celebrating the New Year this weekend.

The Bunker is the name of a brand-new, military-themed desert bar located in Mohave County, in between Lake Havasu City and Havasu Heights. 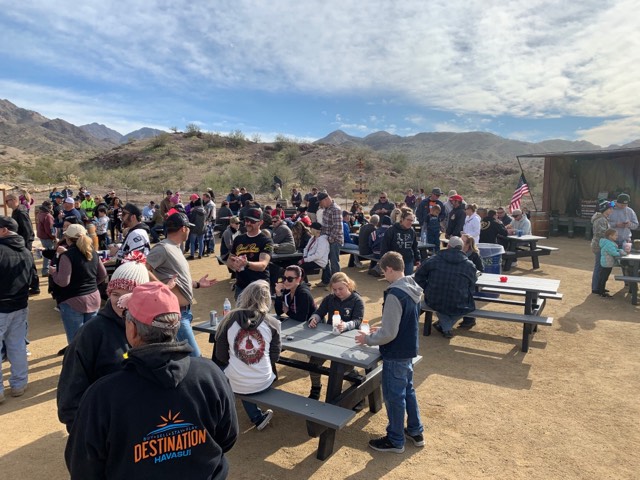 Kristal Jacobs and husband Chris Blackwell are silent partners of The Bunker while their son Matt Caley operates the business. Speaking of opening day, Jacobs shares, “It was crazy, it was so crazy, but it was good.” The Bunker will be open every day this week until Sunday from 10 a.m. to 5 p.m., and then regular business hours will be Friday, Saturday and Sunday from 10 a.m. to 5 p.m. 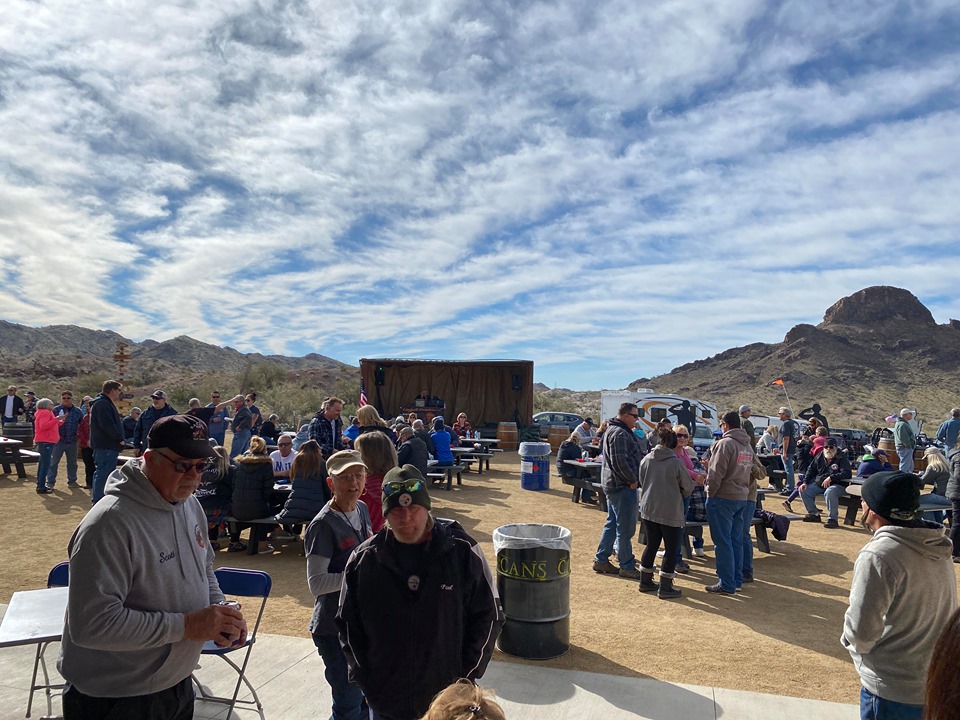 The red carpet was rolled out on opening day, setting the tone for what an afternoon at The Bunker will be like for visitors.

Niko’s, a local eatery in Lake Havasu City will  provide the food during business hours, while live music will entertain on the Bunker stage. Patrons at the bar have a variety of activities to take advantage of from a large outside picnic area to games such as corn hole.

“We opened at 10 and by 11 o’clock it was pretty full and it stayed that way until we closed at 5,” Jacobs said. She had ordered 800 T-shirts for the opening and sold out of almost everything.

The location isn’t difficult to find.

“We had jeeps today, we had side by sides, we had people come in with their cars.” Head North from Havasu on the 95, turn right on Havasu Heights Road and make an immediate right onto Thirsty Lizard Road. Travel 2½ miles and you’re there. Jacobs makes note that it is not necessary to travel through Havasu Heights to get to The Bunker, allowing residents to enjoy their privacy.

The Bunker also received a warm welcome from the Mohave Sheriff’s Department came out to support the opening. Sheriff Doug Schuster said he had attended the county board of supervisors meeting to voice approval for the business and to assure that they would be there to make certain a safe time is had by all. 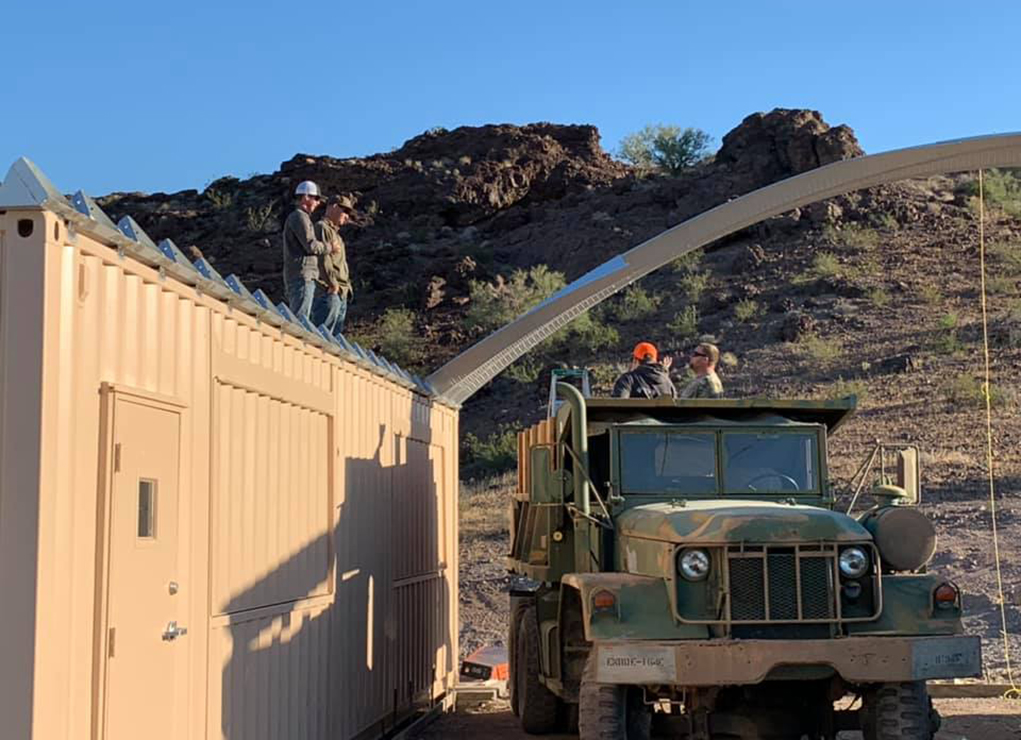 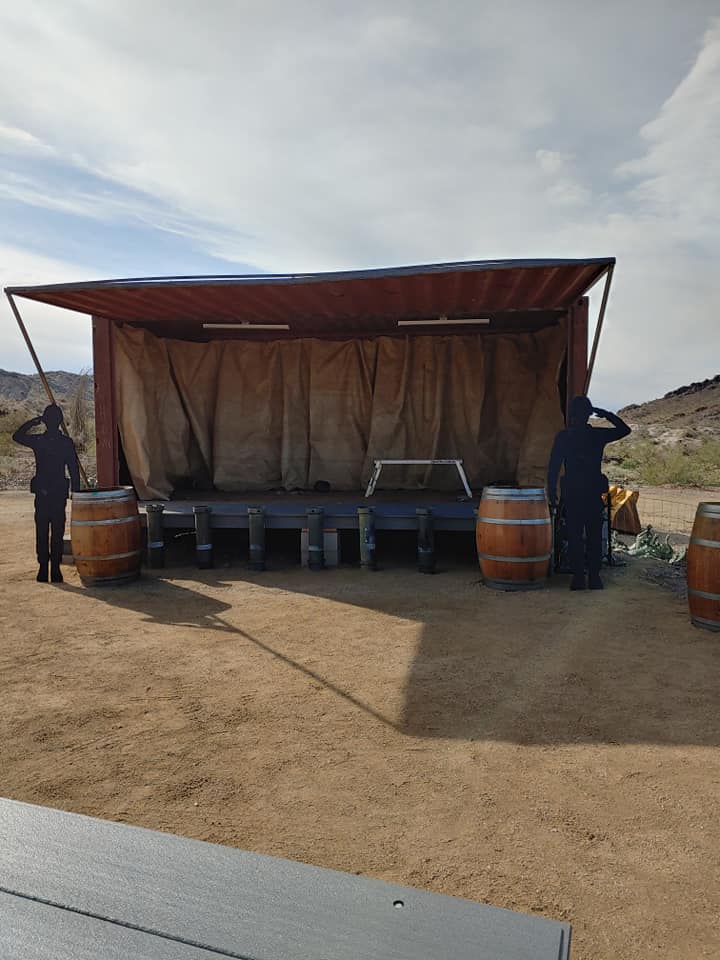