…And The Scarecrow Contest Winner Is

Businesses around Lake Havasu made scarecrows to compete in the Firefighters Charities Scarecrow contest this past weekend. The scarecrows were featured at the London Bridge Days Pumpkin Festival.

The winners that made the most in donations: 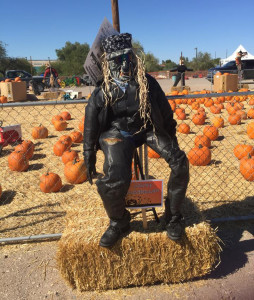 The winner of People’s Choice was Makai Cafe!

Congratulations to all of the winners and the participants and thank you to all who voted for RiverScene Magazine’s Darth Vader scarecrow! The total raised in the contest for local Firefighters Charities is $2614.77.