Another Orange Ball Comes Down 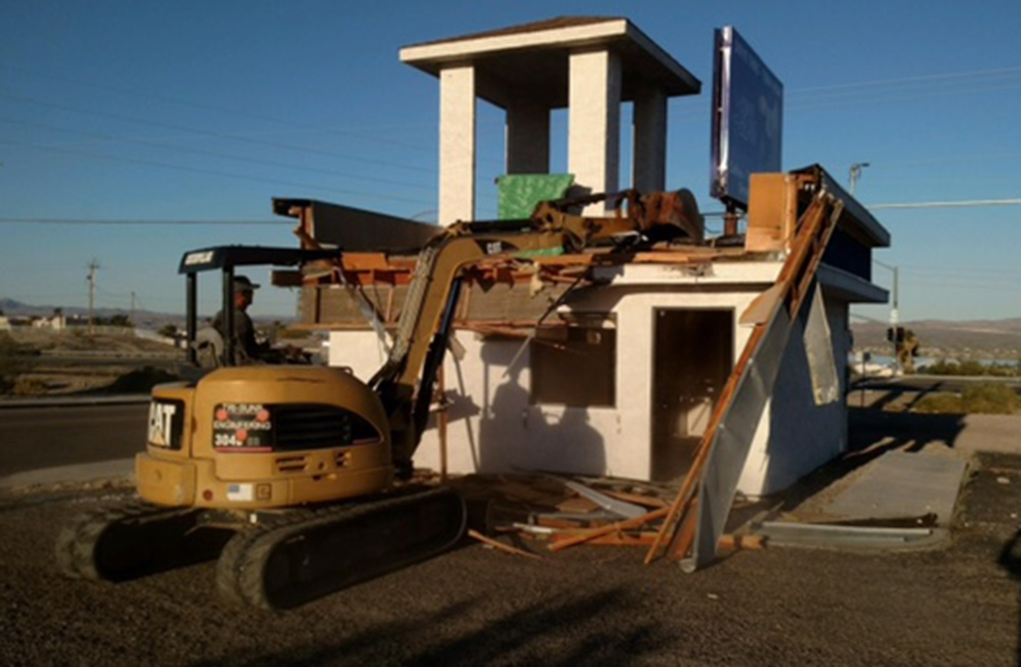 Another Havasu landmark has been taken down.

The Northside “Orange Ball” was torn down Saturday morning. The building on North Palo Verde was originally built in 1988 and housed one of the three original McCulloch real estate offices. Since 1988 residents have referred to the Orange Balls for giving driving directions to visitors. 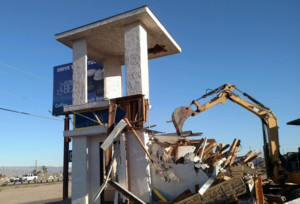 Brian and Juls Baumkirchner are the current owners of the business. They built the first two Human Beans, and customers asked if they could build a third one.

Because the existing building on North Palo Verde was not conducive to a new Human Bean, the building had to be torn down.

“We are excited to turn an old, tired building into another beautiful building like Southside’s,” Brian Baumkirchner said. “First thing you see when you get into town on either side of town will be an attractive building that represents our community well. We employee 19-20 people currently and with the third store we will have 30 baristas. We plan on opening the end of July.”

The Orange Balls are as much a landmark to Havasu residents as the London Bridge, and Brian said by preserving the balls on the property of the Human Beans, “we are keeping the tower and orange ball nostalgia going.” 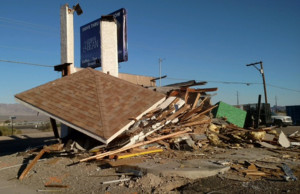