Arizona Weather Preparedness : What is a Downburst? 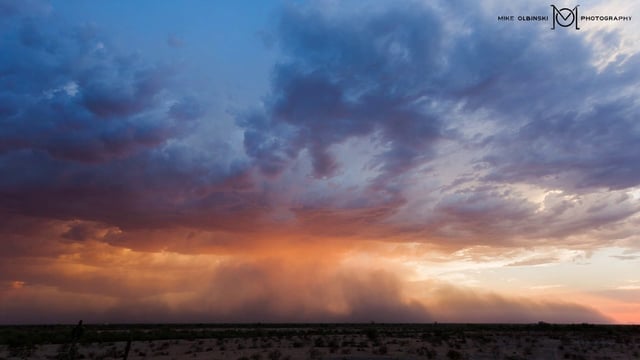 One thing about thunderstorms is that they can produce damaging winds. When the winds reach a speed of 58 mph or higher, the NWS service issues a Severe Thunderstorm Warning. 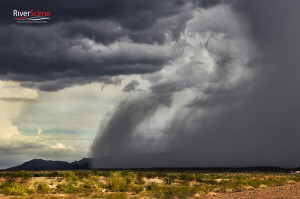 A microburst on the outside of Lake Havasu on 8.12.14. Jillian Danielson/RiverScene

One type of severe wind type is a downburst wind. Downbursts which are also called microbursts or even a macrobursts describe the size of the downburst.
Remember, a severe thunderstorm itself can produce winds of 50-125 mph which is more than enough to cause major damage.
A downburst can produce straight line winds which can blow at speeds of 160 mph in rare incidents which is equivalent to an EF3 tornadoes wind speed. A downburst is an area of strong and often damaging winds that occur when rain-chilled air, cooler and heavier than its warmer surroundings, surges down through a storm and hits the ground and splashes violently outward at times when it hits the surface. 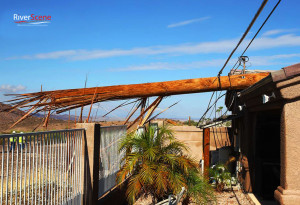 A telephone pole lies on a house after a microburst hit the southside of Lake Havasu on August 3, 2014. Jillian Danielson/RiverScene

The winds then begin to roll out and increase in speed often creating outflow boundaries which can pick up dirt and dust and blow it over the lower desert. The downflow winds can create a horizontal vortex which can have winds as strong as a tornado in some cases.
If a storm is approaching, seek shelter in a strong building and move to the lowest and most central area of the building. Many severe storms can cause a great deal of property damage and bring down power lines. Also, make sure to report any damage to local authorities. 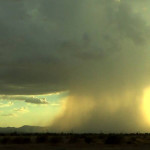 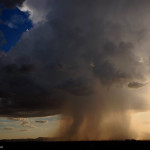 Microburst outside of Blythe photo by Will Wilkens 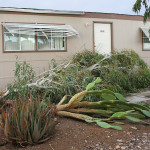 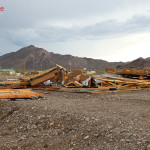 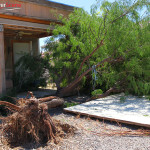 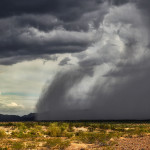 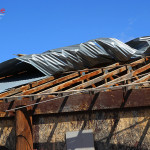