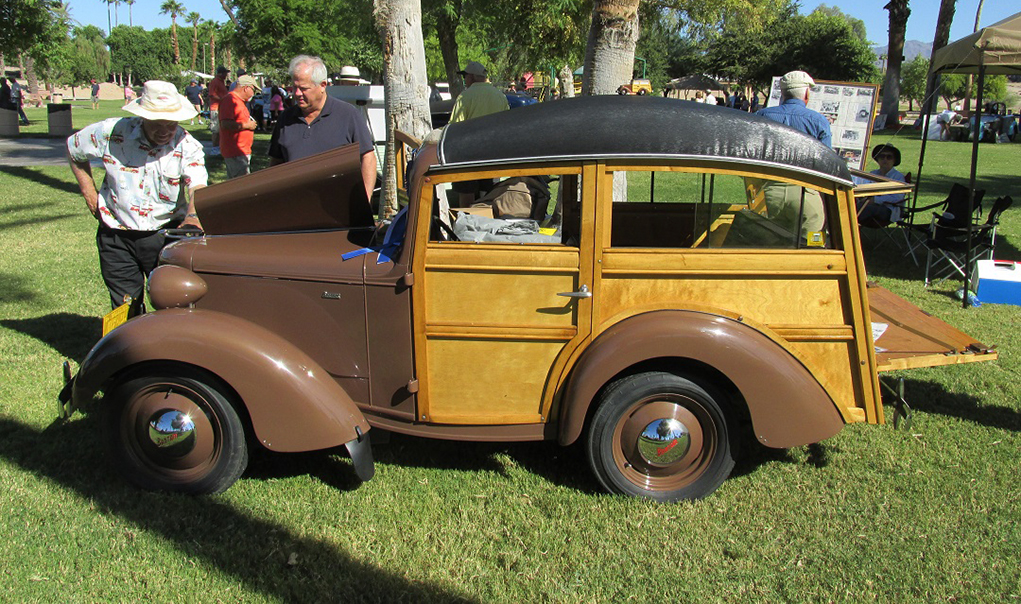 This is the first time the small automobiles have visited Havasu. 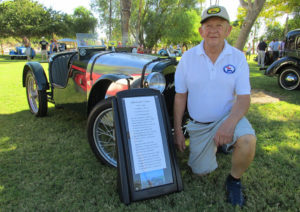 “This is our 49th annual event,” said Society president Dennis Sonius, of Twin Falls, Idaho, on Saturday during the event.

With many of the Society’s club members being from Southern California, the annual events generally are hosted in the Southwest U.S. but the group typically chooses a new location each year.

“It’s funny how so many people don’t know that Havasu is here,” Sonius said. “But, once we saw the pictures of Havasu, we thought it would be fun.”

In the past, the annual car show has been hosted in Texas, Pennsylvania and Colorado, he said.

Saturday, there were 21 cars on display and 43 members participated. The members and their automobiles had traveled from U.S. states including Ohio, Illinois, Texas, other cities in Arizona, Nevada, Idaho and California; and one from Puerto Rico.

“A few of the cars are English Austin 7s, all pre-WWII,” Sonius said.

Austin was founded in England and soon moved to the U.S. to sell cars. Its Pennsylvania factory opened in1930. After manufacturer’s realized what a vast country the U.S. was, the company’s ups and downs morphed from American Austin to American Bantam. Both are celebrated within the Society. 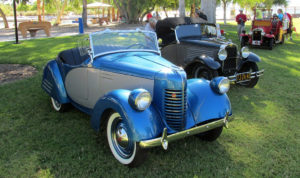 Sonius brought his 1934 Austin 7 Ulster from Idaho to Havasu for Saturday’s event.

“It’s the only one in the U.S.,” Sonius said. “I had it shipped over from Nottingham, England, last year.”

The original English licensing on the vehicle allows it, and others, to be geographically tracked when it comes to ownership.

The particular model is popular across the pond after winning its way into the hearts of the British through the races, but they’re just not rampant on U.S. soil.

The Ulster has a 747cc engine, it has a four-cylinder engine, 24 horse power, four-speed transmission. Its gross vehicle weight is 850 pounds.

Other Society members spoke of how the small cars have been depicted in movies, such as “Who Framed Roger Rabbit?” and also have been commonly featured as clown cars through the years during scenarios when an unlikely number of passengers emerge.

The Society members’ banquet was set for Saturday night at London Bridge Resort. During the banquet, the first-place and second-place awards were set to be presented in categories of English Austin, American Austin, Bantam and Modified.