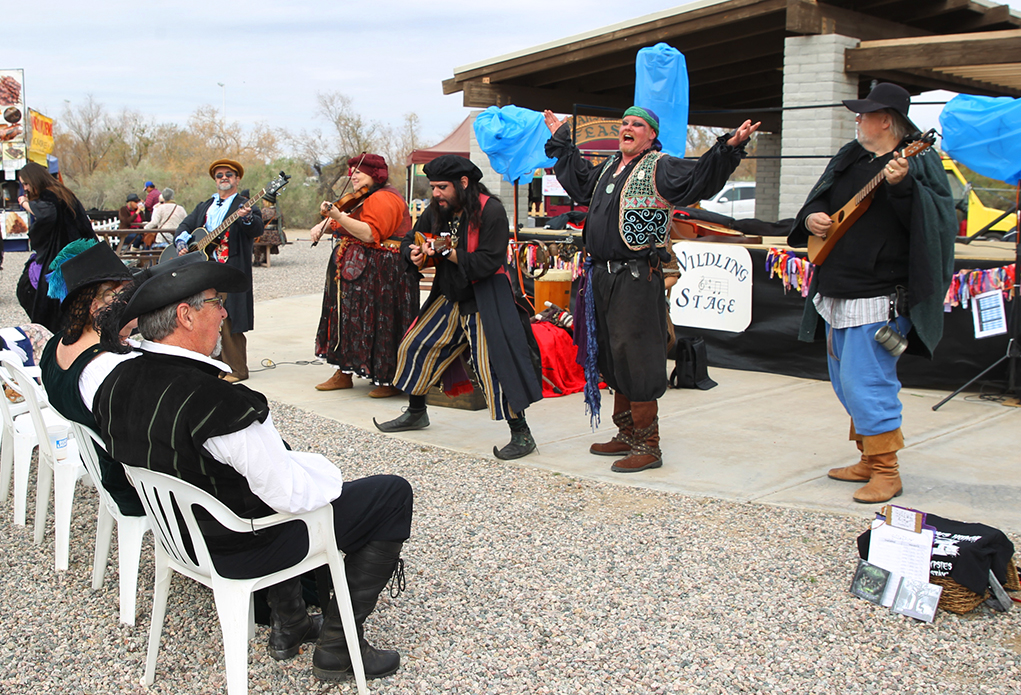 The second annual London Bridge Renaissance Faire drew many visitors Saturday in Lake Havasu City that most likely crossed paths with these handful of event characters. 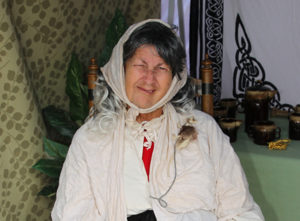 “She is a beggar in the streets, and has been all of her life,” said Janis Wetherbee, of Lake Havasu City, who has taken on the role for two years now. “Her mum tossed her out since she was 5 years old and she’s been on her own ever since. She goes around taking what she needs and getting into all kinds of mischief.”

Crazy Sally is a member of the Havasushire Guild, based in Havasu.

“As a child, I believe I was part of an aristocracy, but there was a fire when I was aged 4 or 5 and I was the only one who escaped,” said Terri Lawrence, of Havasu, who plays the role of Lady Ivanna. “Pirates found me in an alley and raised me.”

It is her second year in the role at the local Renaissance Faire. All the rest of the year, Lawrence owns and operates Hair Design Havasu.

Lady Ivanna’s companion and fellow member of Dames of Debauchery, Lady Octavia Pye, is a protector and an assassin. She speaks very little.

“I am from Ireland,” said Joanne Aksamit, who plays the role of Lady Octavia Pye. “I was on my way to England as a child and my parents were thrown overboard. I arrived alone and was stranded. I roamed and roamed before meeting my Lady Ivanna.”

Aksamit works in Havasu as a manager at the Aquatic Center and as a home health provider. 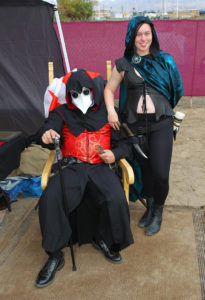 “I am a Templar plotting to release the spread of the plague,” said Curtis Watson, of Havasu, who plays the role. “My arch nemesis is Master Assassin Altier.”

Watson works as a cook in a local Thai food restaurant. He has been into Renaissance his whole life but this is his first year in character at the local Renaissance Faire.

“I grew up and was trained by assassins of the Order of the Mountain,” said Rhiannon Watkins, of Havasu, who plays the role. “I was sent off to kill Dr. Eustace Black but I was captured, injured and he treated my wounds. I am a traitor amongst the assassins because I fell in love with and married Dr. Eustace Black.”

This is Watkins’ second year in character at the local Renaissance Faire. She is a college student attending Arizona State University in Havasu.

The Black’s both are members of the Order of the Mountain Guild, based in Havasu.

Other characters in the realm include Allie Hersey, who is from New Hampshire and Havasu, who diligently worked to spin yarn. The hobby spans 20 years of her life and is very relaxing, she said. 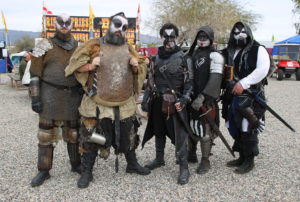 “The Wild” pose for a photo Saturday. Jillian Danielson/RiverScene

The Wild is a mercenary group based in Las Vegas, Nev., and San Diego, Calif. They are outlaws and renegades who are peasants to royalty who hide themselves with ash and soot.

The Faire is set to continue 10 a.m. to 4 p.m. Sunday at Lake Havasu State Park Windsor 4 Beach. At the gate, one-day tickets are $13 for ladies and lads 13 and older. Children younger than 4 years old admitted for free. If a weekend pass has been purchased, they’re good through Sunday. 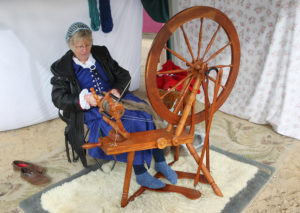 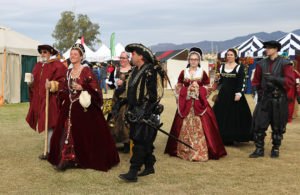 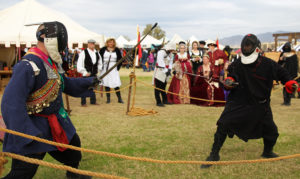 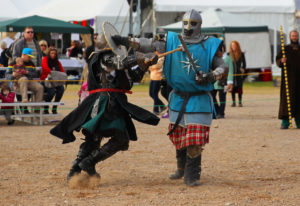 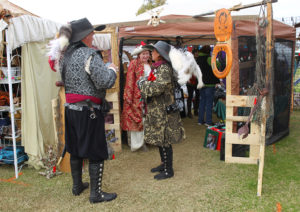 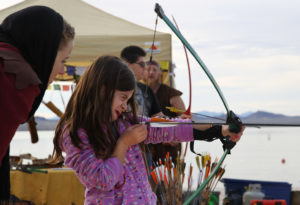 Leia Pakes learns how to shoot a bow and arrow at the Ren Faire Saturday. Jillian Danielson/RiverScene 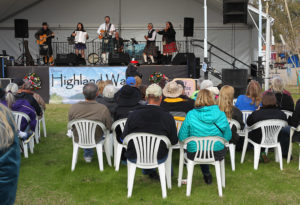 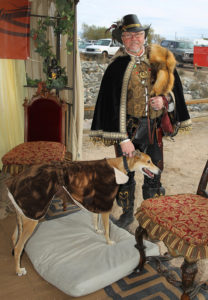 Sir Geoffry Grey stands next to his dog Cookie at the Ren Faire. Jillian Danielson/RiverScene 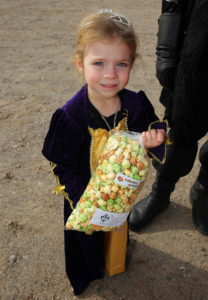 Amelia Preston holds her popcorn that she got at the Ren Faire Saturday. Jillian Danielson/RiverScene 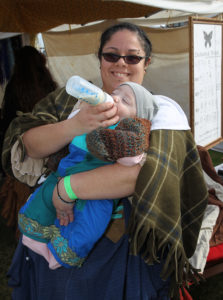 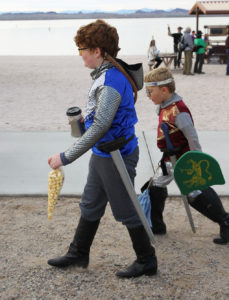