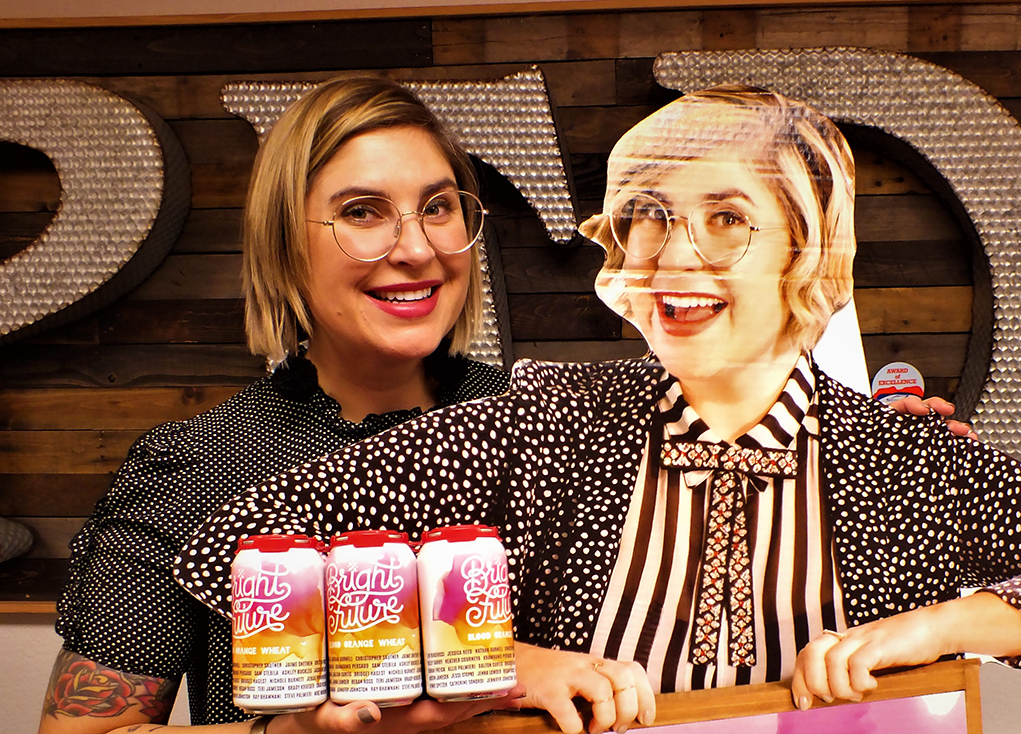 Upon meeting Aymie Spitzer, folks are greeted with a warm smile and quirky attitude. Spitzer has light in her eyes and is full of endless ideas. 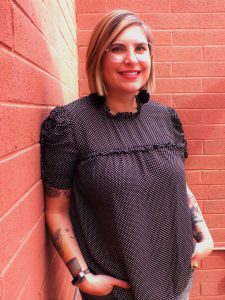 Spitzer, 34, moved to Lake Havasu City at the ripe age of 1 year old from Colorado. She grew up in Lake Havasu and graduated from Lake Havasu High School in 2001. Throughout her school years, Spitzer always made art a class on her list and a passion in her heart.

“My mother was an artist. I remember there was always art projects and crafts we would be making.”

Upon graduation, Spitzer moved to pursue her dreams at the Art Institute of Phoenix. Originally, her major was in marketing and advertising and her journey led her to a Bachelor of Arts in Graphic Design.

“My mom was in marketing, so I went for that, but I was more attracted how colors sell products and typography shapes and concepts more than marketing plans.”

She used her acquired education to accept an internship at a graphic design studio in New York and headed to the Big Apple to see how the east coast stylized their graphic art. In New York, she worked for a design studio that introduced her to technology that was perfect for bringing her art to the next level. Here, she collaborated with fellow artists to develop Neighborwoods, a wood burned engraving of local neighborhoods engraved on wood plaques. Spitzer mainly focused on the typography and layout aspects of the pieces. You can find these pieces in select Target stores.

Though she connected deeply with New York, Spitzer missed the relaxed atmosphere of the West Coast and being close to her family. She acquired a position at Lyft in San Francisco, and headed back west. Though closer to her calling, Spitzer could not shake the pull of Lake Havasu and returned home.

Spitzer did not come back to Havasu with small dreams, however. Upon return, she witnessed the social and community progress that Havasu had developed and decided to be a part of the change.

“I was so excited by the changes I was seeing. I wanted to help further the progress that was being made.”

Since moving back to Lake Havasu, Spitzer has been a key player in many major community development projects. She hopes to combine her passion for creativity with forward thinking. 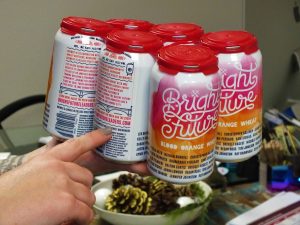 Her first big project correspondence was with the Citizens for Havasu Schools in which she designed promotional advertising for the bond override. Currently, Spitizer is working for the Partnership for Economic Development on projects such as Vision 20/20 and Bright Future Leaders. She also designed 2016 and 2017’s Bright Future campaign identity. Spitzer herself was a honoree in this year’s “30 under 40” leadership awards.

She has also worked closely with the artistic planning and management of multiple business brand identities as well. She designed the website and logo for the Youth Advisory Council’s projectweoutcare.com project which helped community members get to know their local teachers and have access to wish lists of what the teachers needed for their classrooms. She has also developed College Street Brewery’s website and is currently working on some brand revamps.

Spitzer said she looks forward to Havasu’s future, and hopes it is one of continual progress and social-cultural growth. Her goals are to develop co-working spaces for freelancers, innovators and small business owners to share ideas and help each other grow in a communal fashion.

“The idea is for the type of people who generally work alone to collaborate in each other’s success. We need to bring innovators together by providing technology and a free-thinking workspace to promote community development. We want to establish a hub that sparks innovation.” 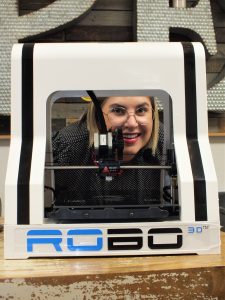 To help manifest creative collaboration, the P.E.D. has partnered with Creative Comrades, a group that brings Havasu’s “creatives” together for a monthly meet-up to bounce ideas off each other and network. The meetings are known as “Professional Development for the Curious and Inspired.” The group meets every Wednesday from 6 to 7 p.m., at College Street Brewery.

“Working with the Partnership for Economic Development is the most meaningful work I have ever done. I have a new path now and their projects and ideas are the reason I moved back here. It all makes sense to me now”

When Spitzer is not working on cutting edge community innovation, she is the president of the Allied Arts Council. The organization is aimed at promoting the many art forms and artists that Lake Havasu holds. The newly released 2017-18 Art Season brochure was Spitzer’s design and can be found in various businesses around town.

As an artist, Aymie Spitzer is bringing fun, modern graphic art to the businesses and projects in Lake Havasu.  As an altruist, she is taking her creativity and using it to innovate Lake Havasu into a new era of art, culture and community.