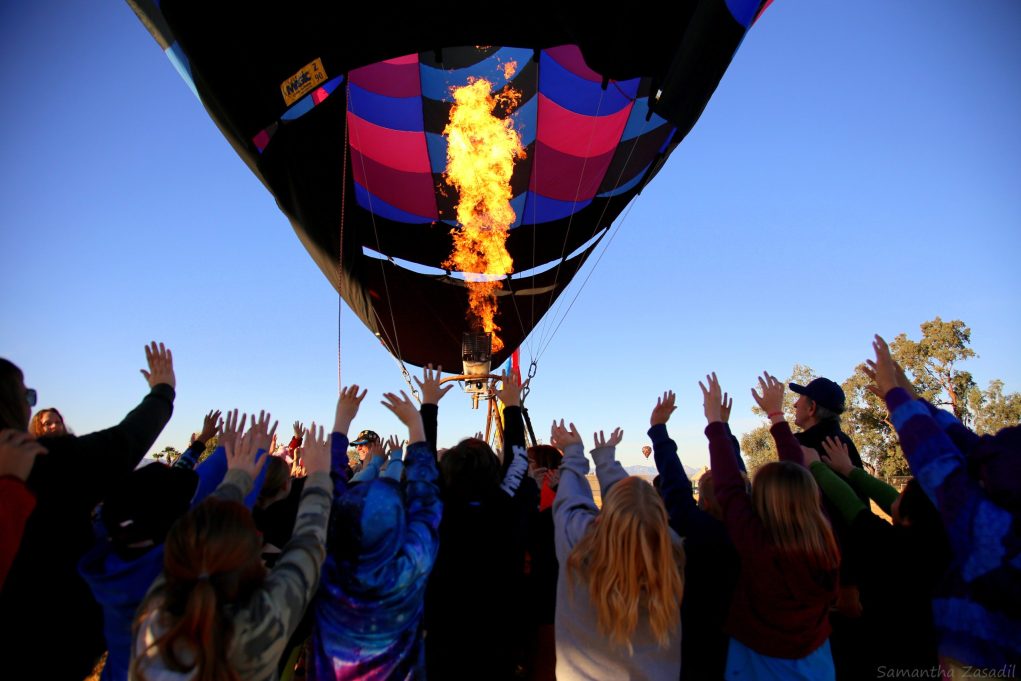 Local Havasu area schools  and students got a special visit from hot air balloon pilots Thursday morning, as the Balloon Festival sponsored By Anderson Toyota, kicked off day one in Lake Havasu City.

Every year, hot air balloon pilots make their way to local schools to give students a close up look at a hot air balloon, demonstrate the set up, and explain to students what it takes to take flight.

“I love visiting schools and their programs,” said Jeff Haliczar, Balloon Pilot from Nevada.  “It’s a fun place to be.” 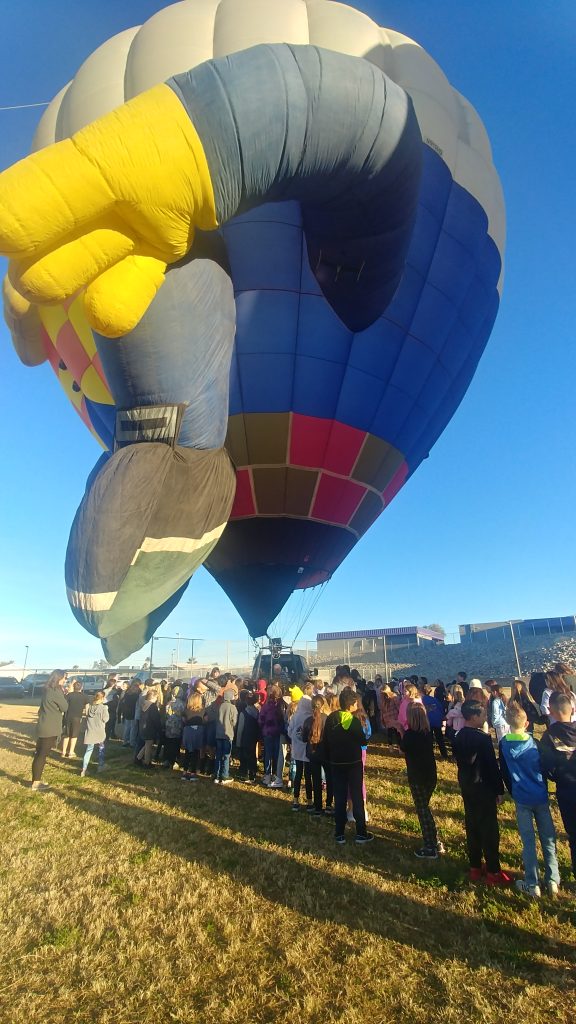 Area schools work with the local Rotary clubs and the Balloon Festival organization to make it happen. Lake Havasu resident Becky Goldberg helps coordinate the visits at not only schools within the Lake Havasu School District, but colleges and private schools in Lake Havasu City as well. 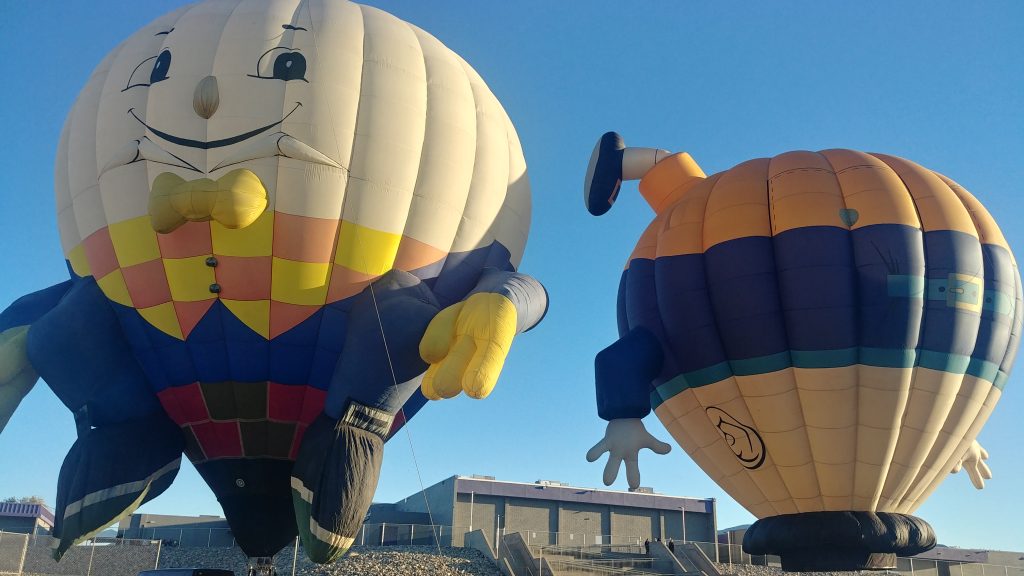 “I know this has been a tradition at the school.  My own children would see this at school when they attended Starline,” said Ginny Sautner Principal at Starline Elementary. 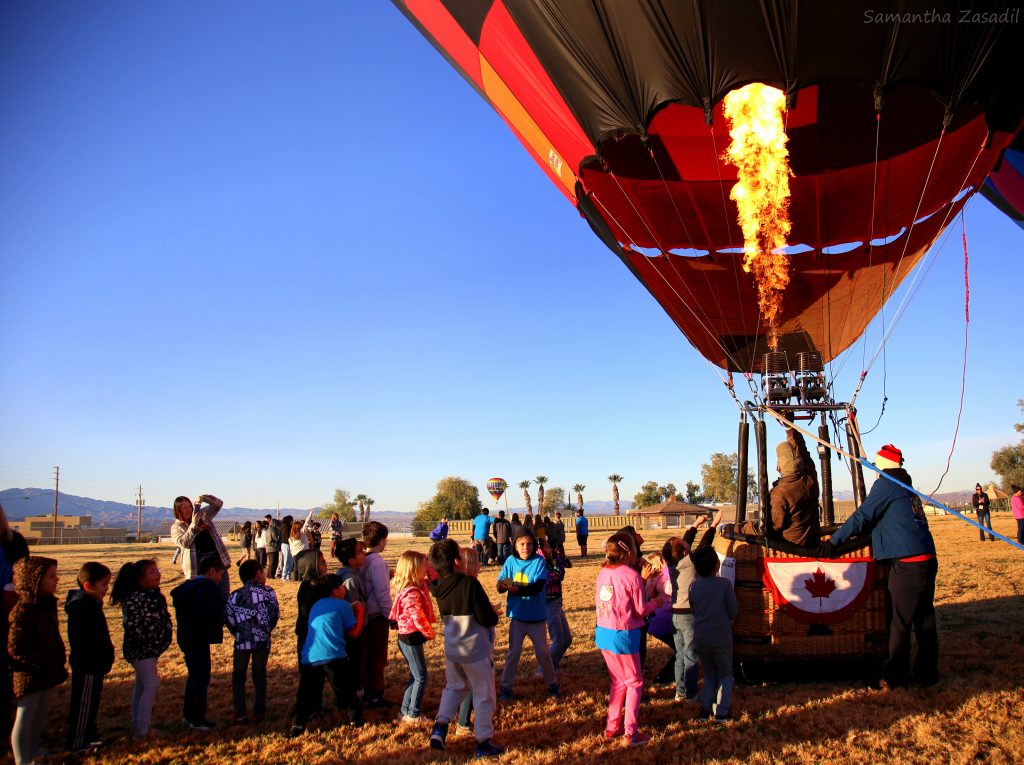 In order to tie in hot air balloons into the classroom, prior to the pilots visits many students learn about hot air balloons and also create crafts to enhance their learning. Going outside to actually view one seems to be a special treat for students. 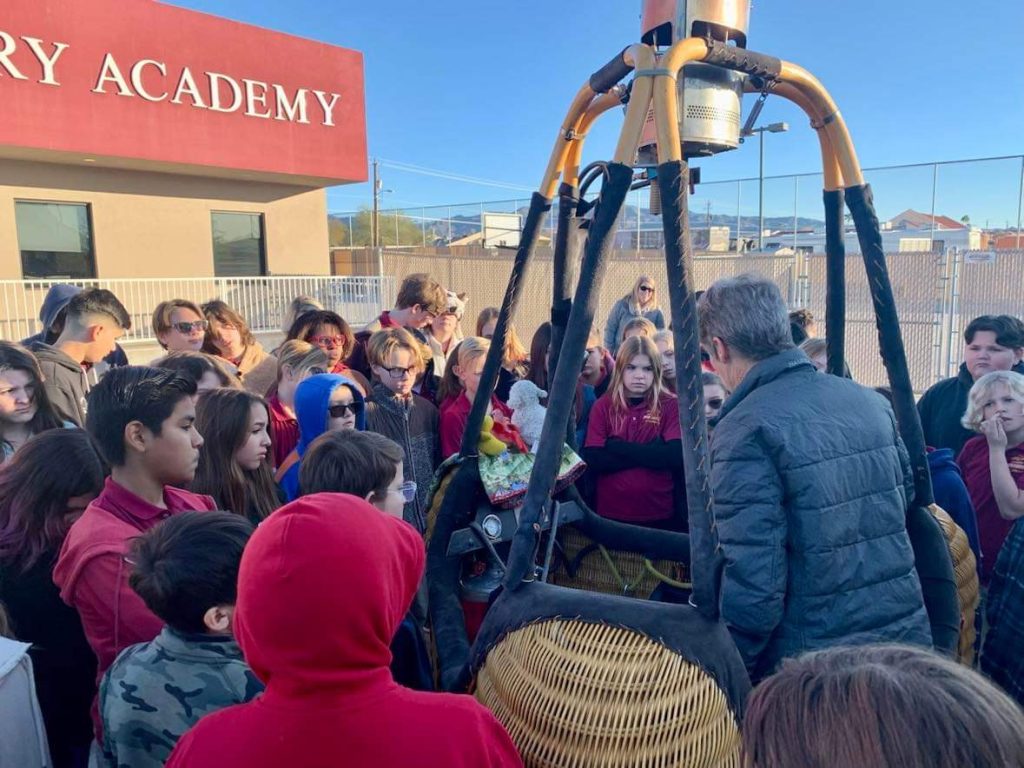 “It’s so cool,”  said  Koshua Martinez third-grader at Starline Elementary.  “I have seen other balloons but not this one,” he said.

“I think it’s cool they come to show everyone the balloons,” said Audrina Soater third-grader at Starline Elementary. 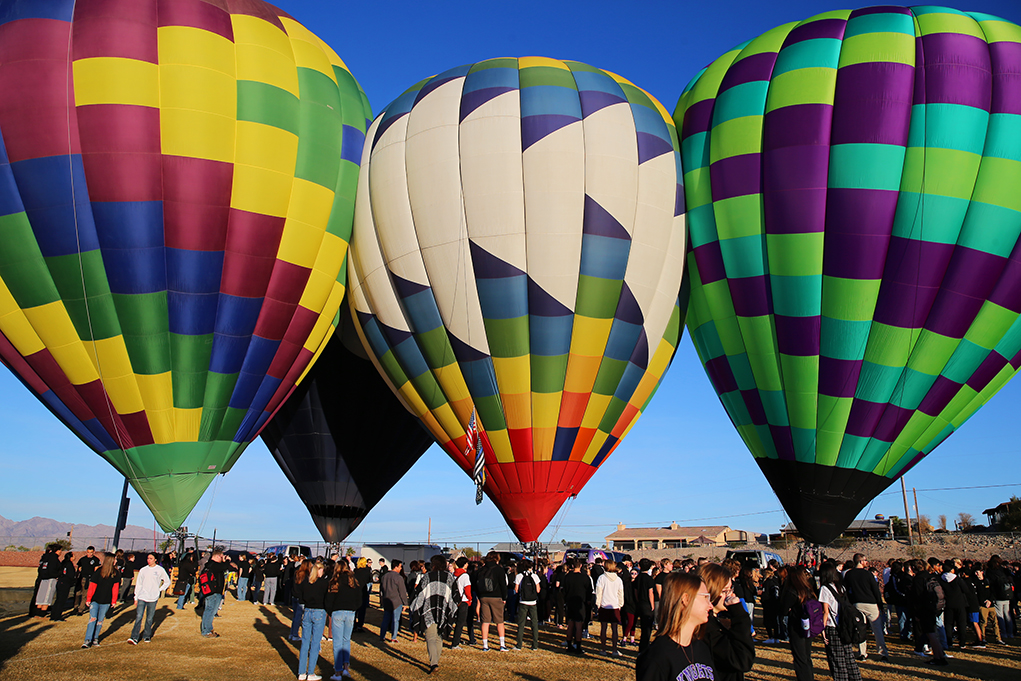 “I think it’s a beautiful opportunity for all children to be able to see a balloon close up,” said Sautner

View more pictures below of the pilots and balloons at several schools Thursday morning. 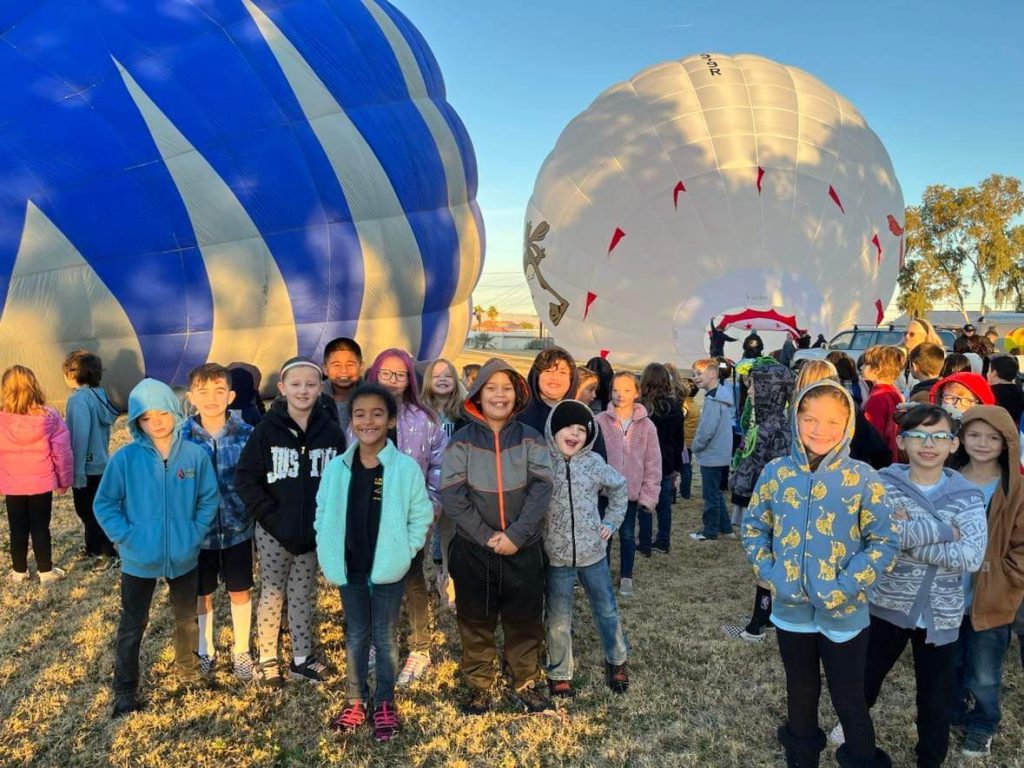 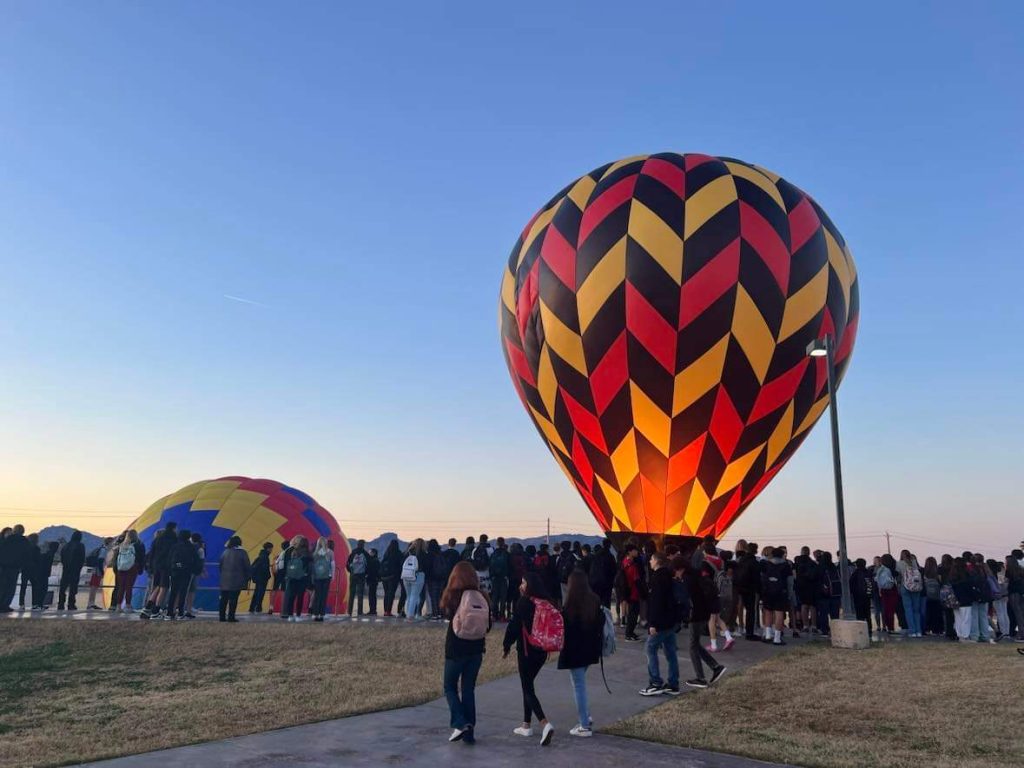 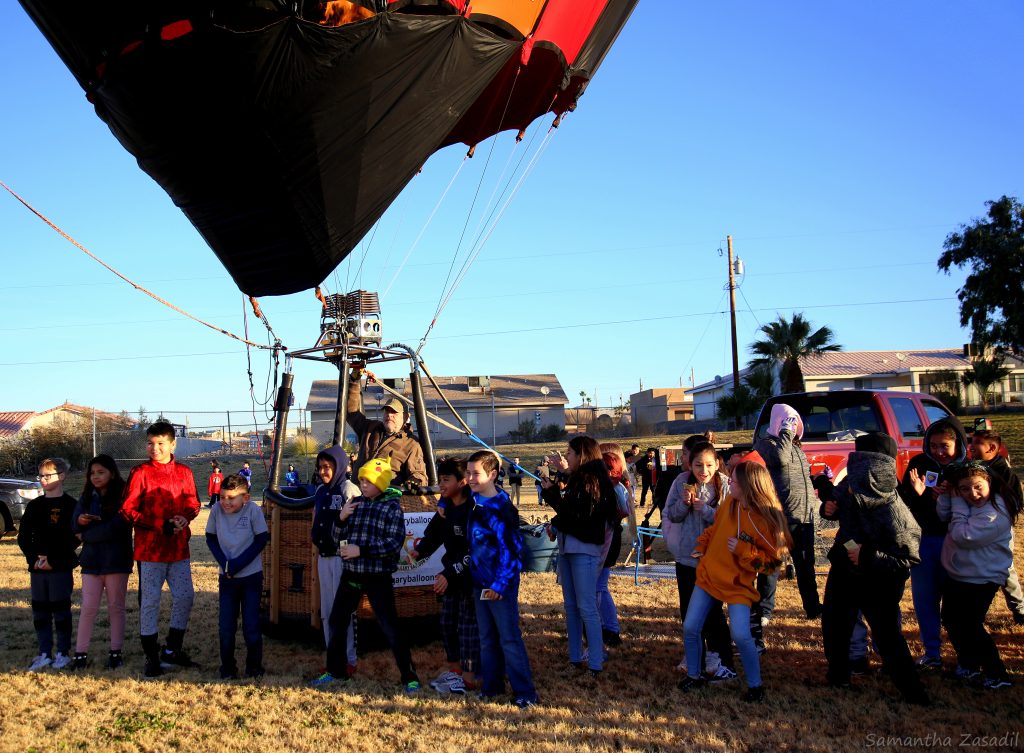