Ballooning: A Sport Of Its Own 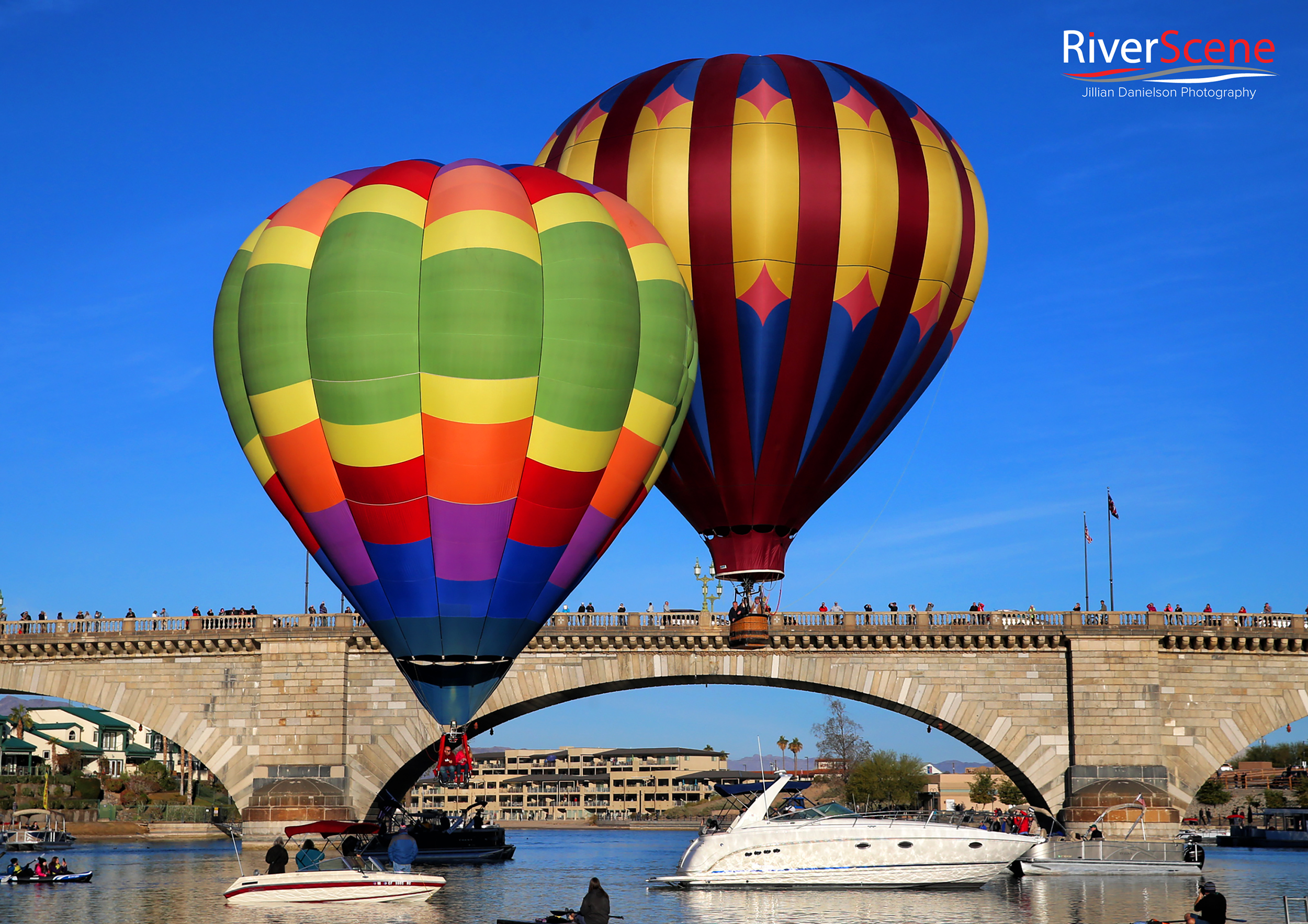 The 9th Annual Havasu Balloon Festival and Fair came to an end Sunday. Nearly every day of the festival gave event-goers pristine weather and a horizon scattered with colorful balloons.

Though the event leaves many people in awe, it leaves a select few with an insatiable urge to be in the skies with the others and see things from a higher perspective.

Gary Moore is a Havasu-based balloonist who has been flying for more than 25 years. During his ballooning career he has flown above 40 of the 50 United States, over 18 countries, and been in the skies for thousands of hours. 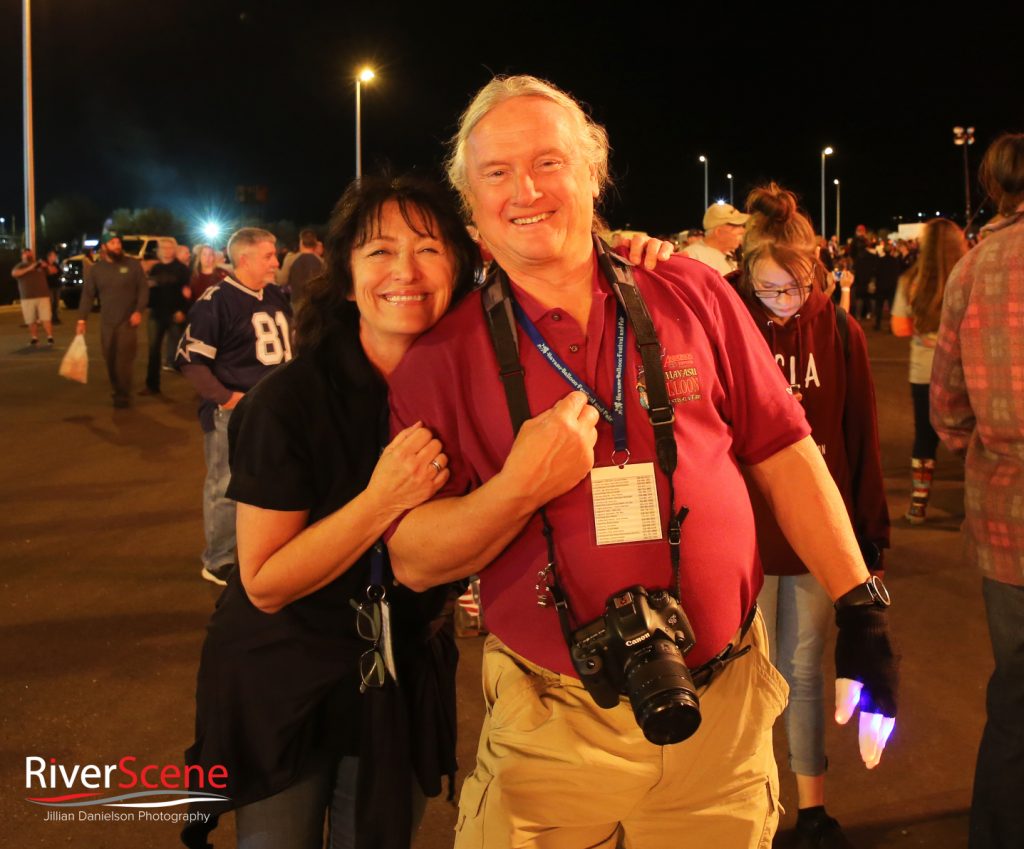 Balloonmeister Gary Moore and his wife Diana pose for a photo at the 2019 Havasu Balloon Festival. Jillian Danielson/RiverScene

To become a pilot, Moore explains, there is no official training. The key is to become acquainted with a commercial pilot and fly with them. There are also courses given by pilots in frequently flown areas, such as Utah and New Mexico.

To fly during Lake Havasu’s balloon festival, there is a minimum 100-hour flight requirement. As a pilot, there are two levels: personal and commercial. When transitioning to a commercial pilot, there becomes an opportunity to turn your hobby into an investment by hosting paid flights for visitors.

When purchasing a balloon, there are only a handful of manufacturers in the United States and a few international factories in Europe. It is highly recommended to start with a used balloon.

Once a ballon has been purchased and training is complete, it’s time to fly. The most important factor of every flight is to make safety the highest priority.

When prepping a balloon, it is important to meticulously examine safety gear, the state of the basket and burners. To test the balloon itself, pilots attach the balloon to a sturdy object such as a wall or vehicle and use a fan to inflate the balloon. Pilots then carefully hunt for any tears or alarming signs on the balloon.

Post-examination, it is critical to check the weather online and wind patterns with miniature test balloons. The pattern of the wind determines where the vessel will potentially land. When flying during events, pilots must register their flight online with the FAA flight services.

“There are three main variables: Passenger weight, outside temperature, and altitude,” Moore said.

Fuel used on the vessel to take it to the skies isn’t as exotic as the sport may hint. A standard propane tank is the “juice” behind each flight.

A typical flight runs for 45 minutes to 1 hour.

Here are some photo highlights from the 2019 Havasu Balloon Festival: 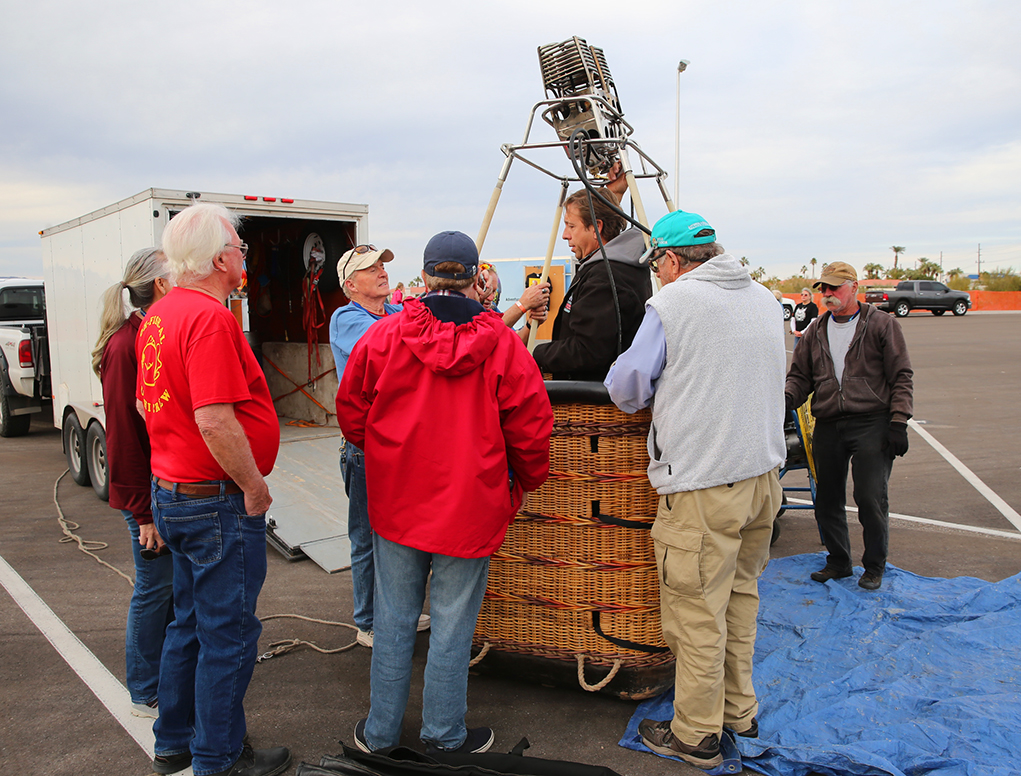 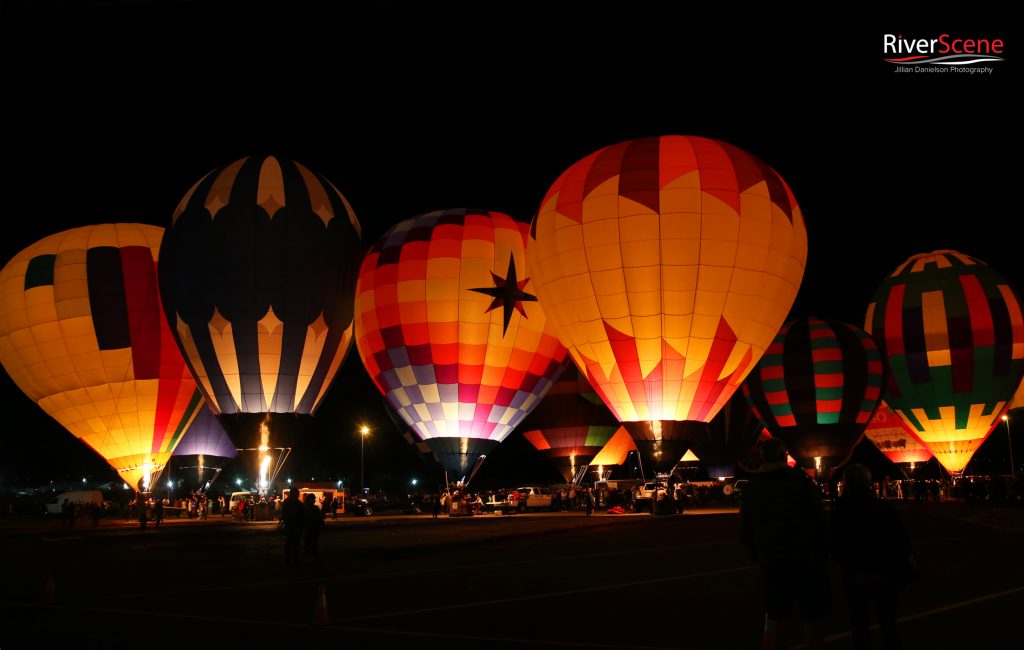 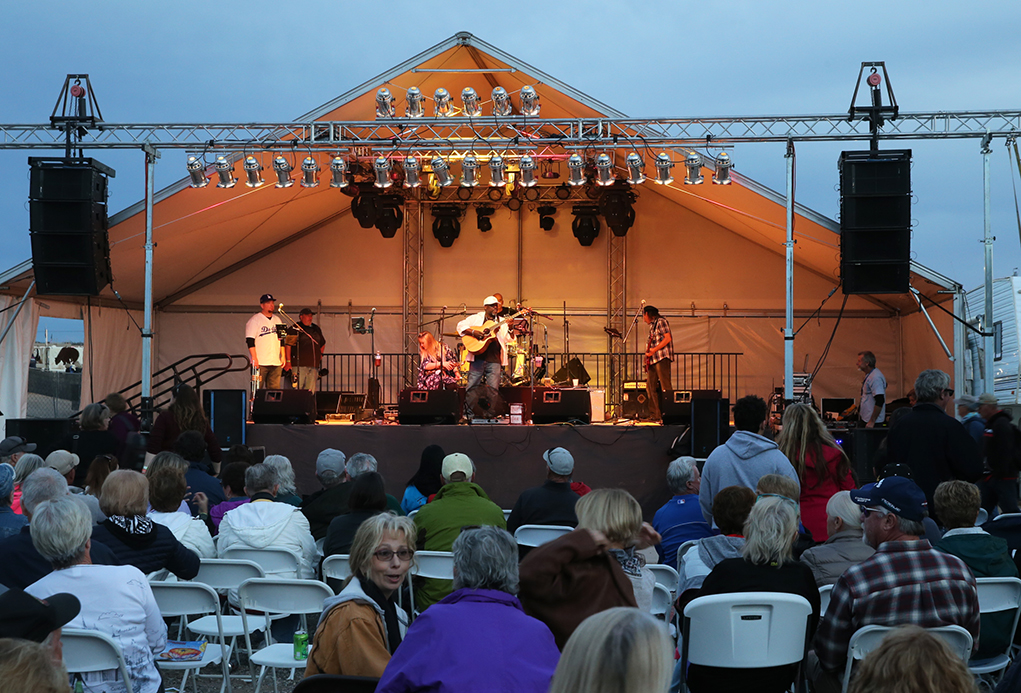 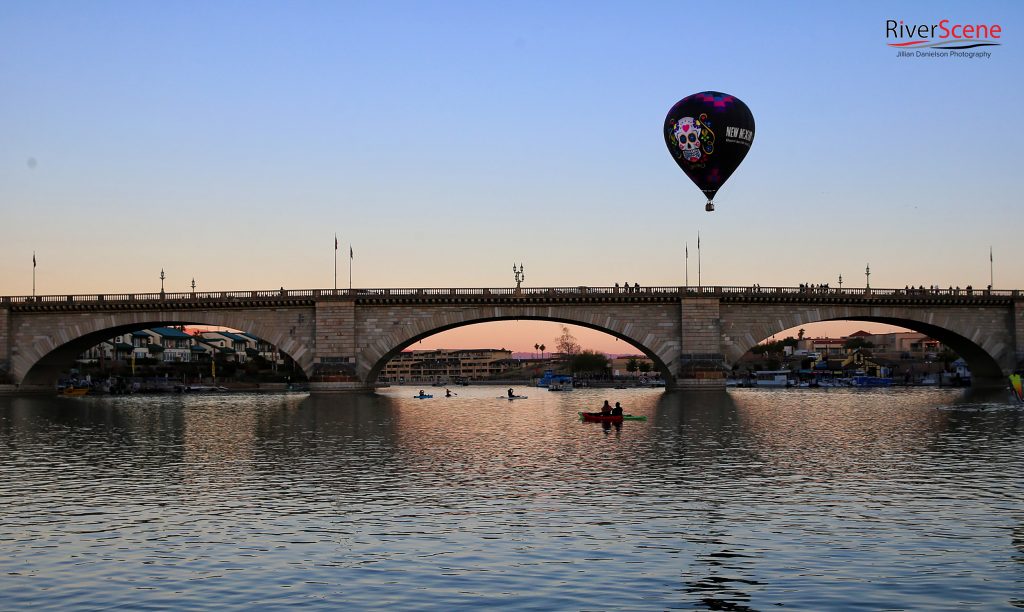 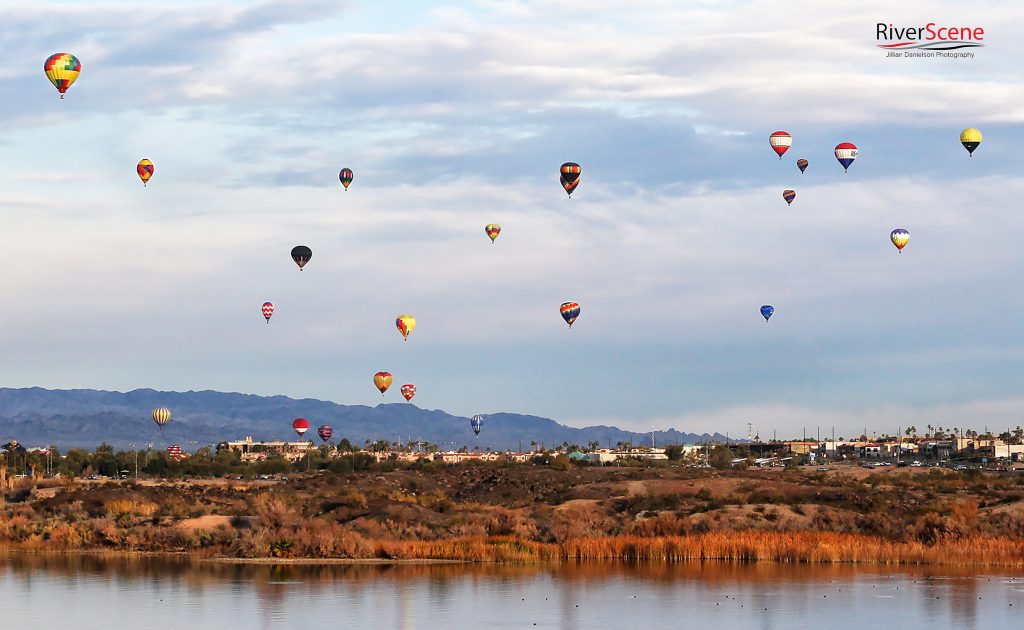 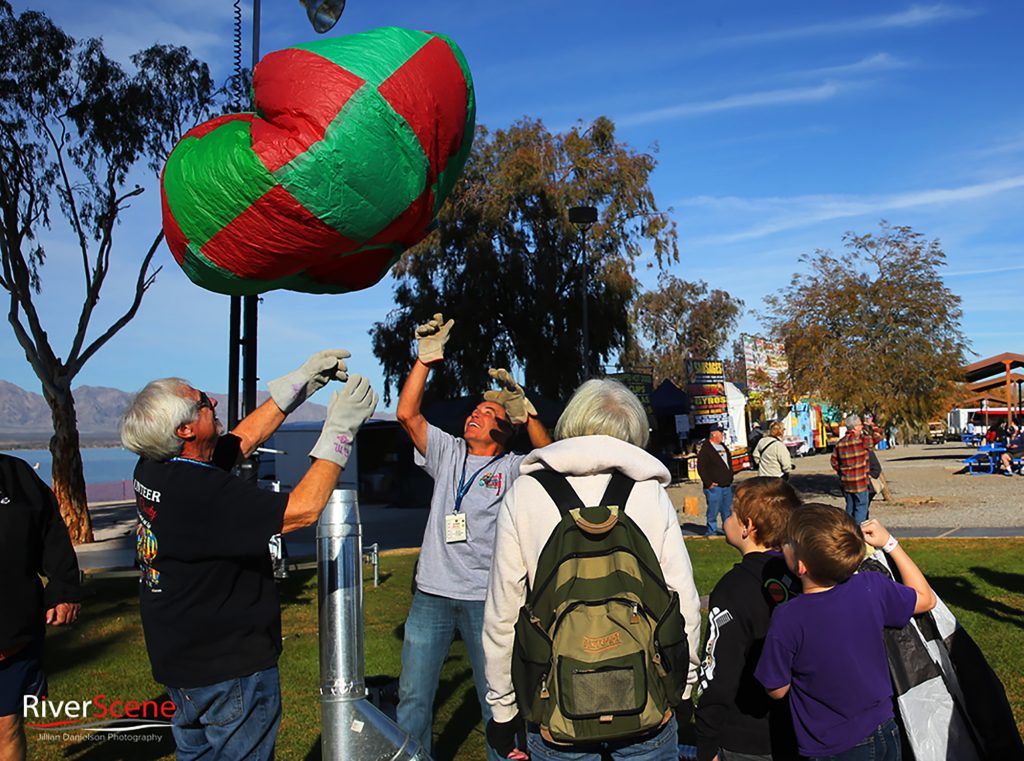 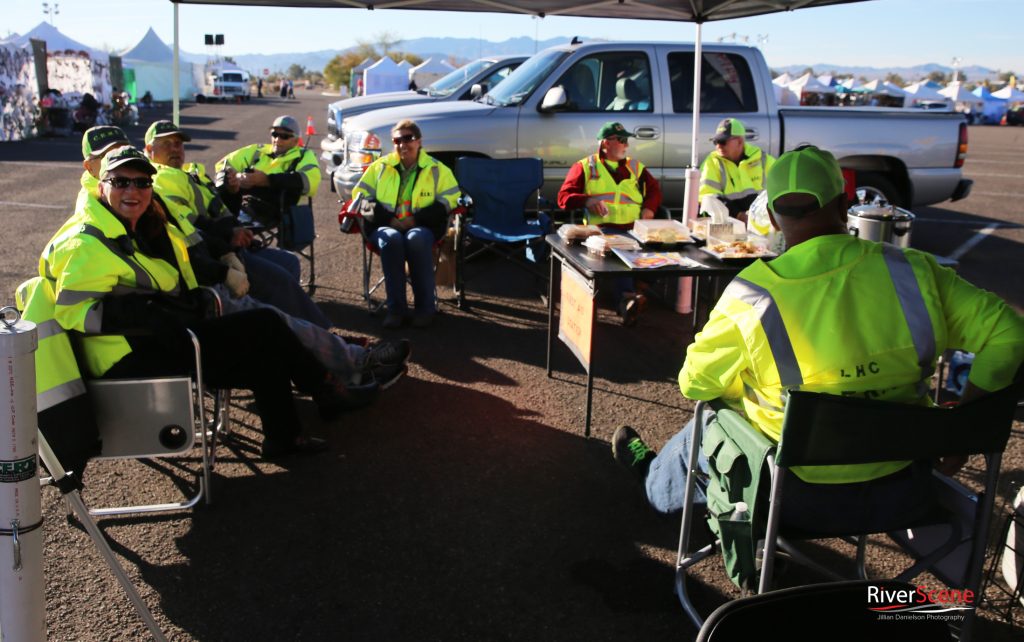 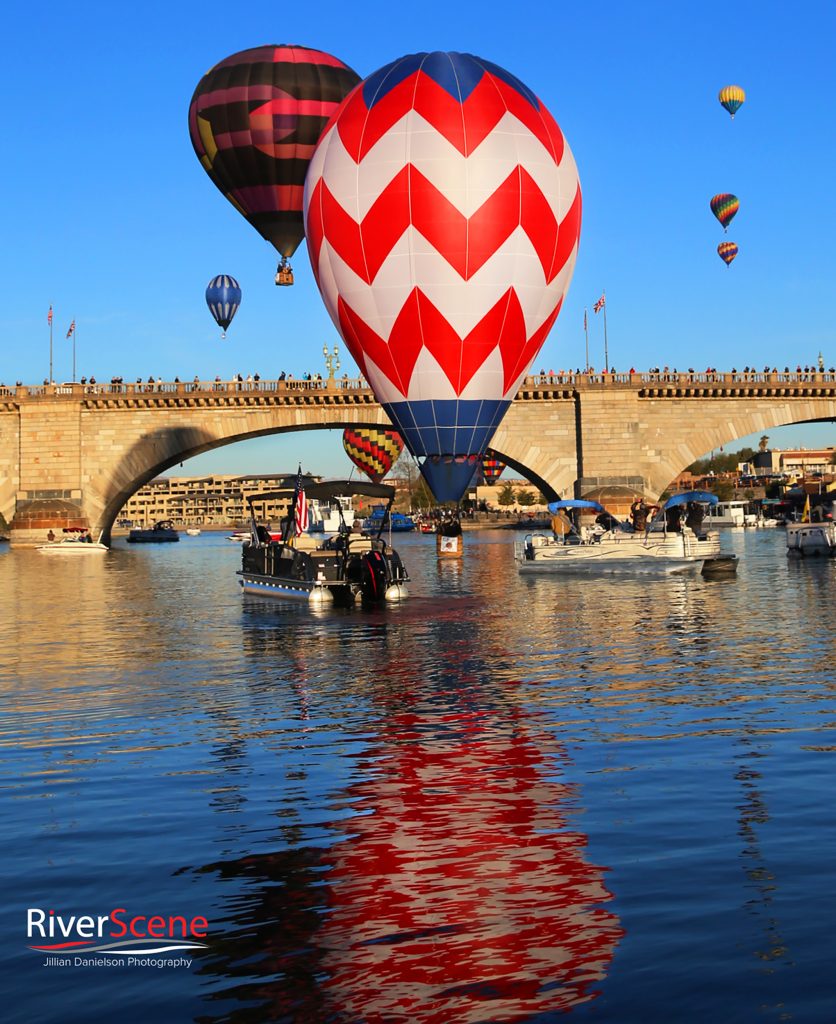