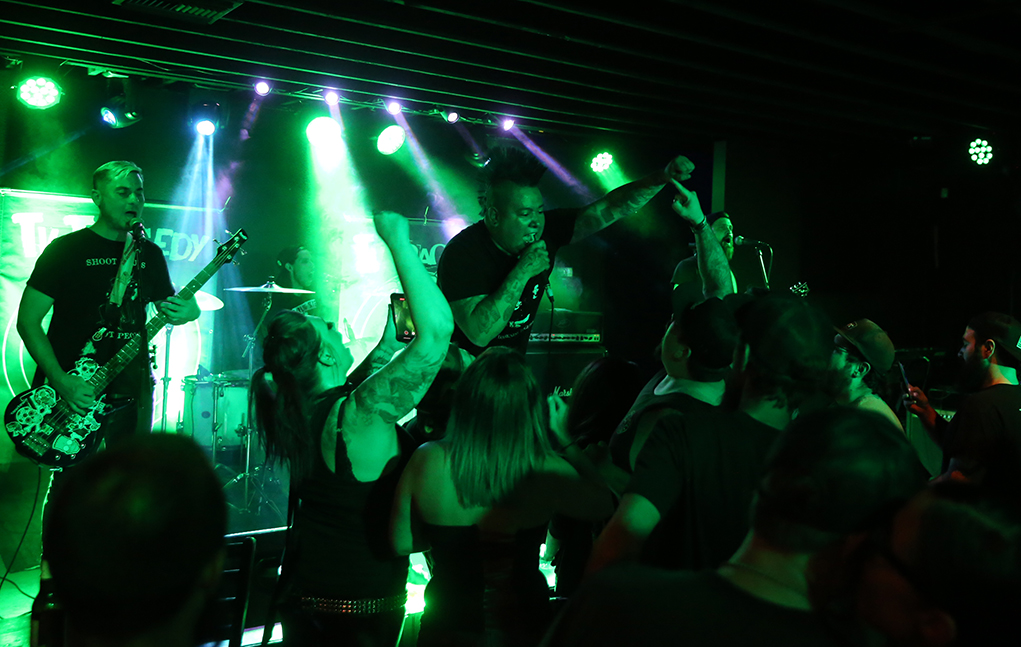 Tempe-based band TV Tragedy returned to Lake Havasu City last weekend, where they got their start, to promote their new album, “The Fall.” The release party was at Romano’s Havasu Saturday.

Frontman and co-founder of the band, Maus who was raised in Lake Havasu said, “We have finally put out an album that accurately represents who we are, what we believe and how we wanted it to sound.” After a move from Havasu to Tempe, as well as some changes in the band lineup, TV Tragedy has persevered and is ready to share their unique message with audiences.

The Name And The Process

Maus gave some explanation of the band’s name, saying that, “TV Tragedy is a direct nod at two of my favorite bands, The Misfits and Black Flag. This was most obvious in our choice of cover songs, when we put out our first E.P. in 2014. I also like the way our name seems to shed light on the human experience. With the ads that come across our screens, we are encouraged to consume things we don’t need, a temporary fix in our search for the next entertaining tragedy.”

These deep themes are explored on “The Fall,” through the combined creativity of the band. Second co-founder of TV Tragedy and guitarist, Joe Parisia, born and raised in Havasu, co-writes songs with Maus, and he reflects that, “I sporadically get these wild ideas in my head that I try to recreate as soon as possible (usually thus ends up being around 2 a.m., haha.)” 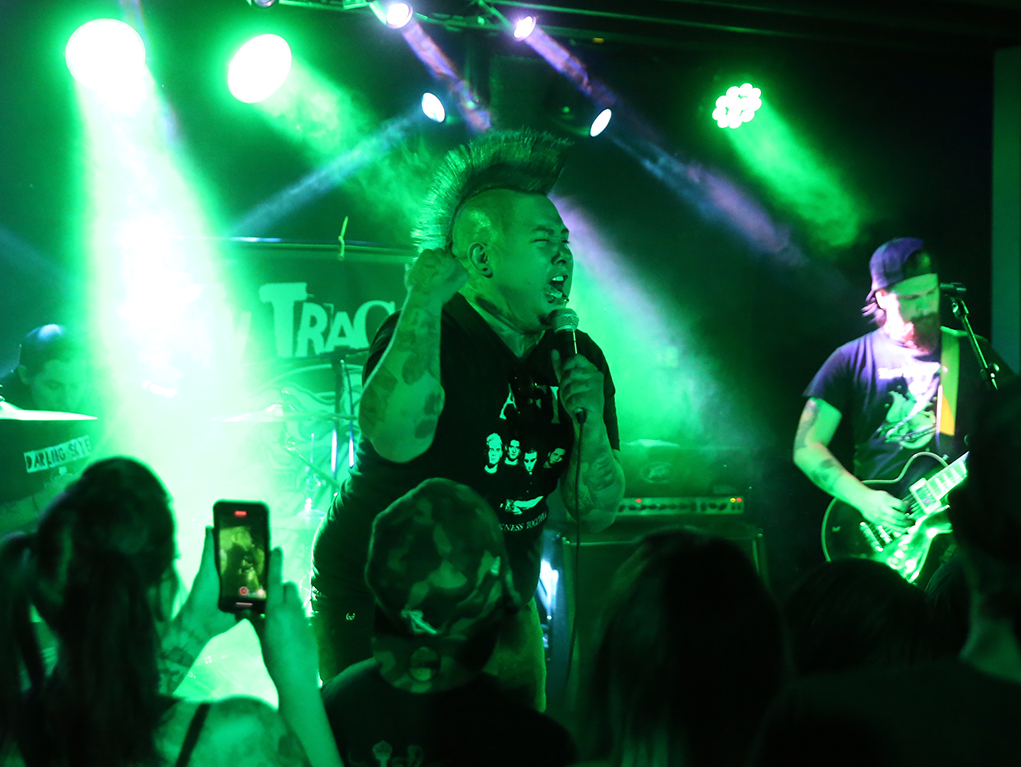 Maus added, “It’s rare that I even start writing without hearing Joe’s ideas for guitar first. I like to find a melody and hum along with his riffs, but the hard part is finding the right words to get our message across to the audience while staying true to the organic flow of the song. I find inspiration every time someone goes against the grain, or stands up against injustice against all odds.”

Phoenix resident Chris Fleischhacker plays drums and sings back up vocals for the band, and describes their collaboration experience. “I just play beats to Joe’s tasty riffs and wait for Maus to work his lyrical magic.”

Joey McMurdy, born and raised in Phoenix, provides TV Tragedy with bass lines and vocal backups and he sums it up poetically, “Joe usually gets the ball rolling by coming in hard with a sweet guitar riff. Chris gives that riff a heartbeat. Maus then takes the lyrical wheel while I pump in the low tone harmonies.”

The band cites multiple sources as its inspiration from hip hop, punk rock, metal and more. They also describe their music as fast, honest, inspirational and full of surprises.

“We play punk rock,” says Maus, “but our newest album is definitely different. It stands out as an energetic call for change and full of angst. Just listen and find wisdom in the voice of reason.”

TV Tragedy mostly plays in the Phoenix/Tempe area, in venues like Yucca Tap Room and Rips Bar, but has always been welcomed at McKee’s Irish Pub in Lake Havasu.

“The Fall” was released on June 1st and the official album release was June 19, in Lake Havasu and will be June 25, in Tempe. 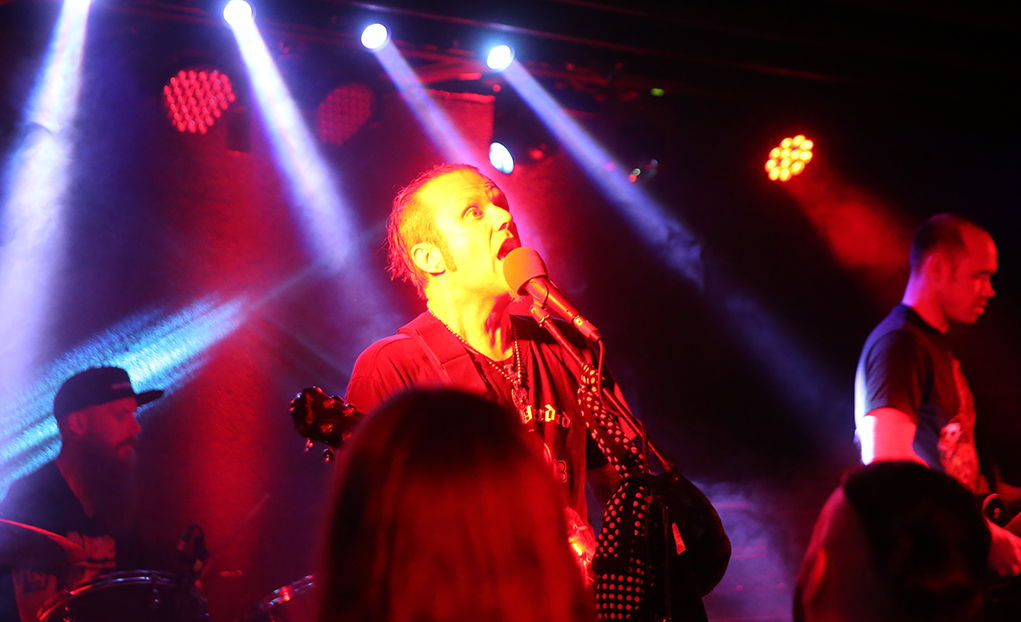 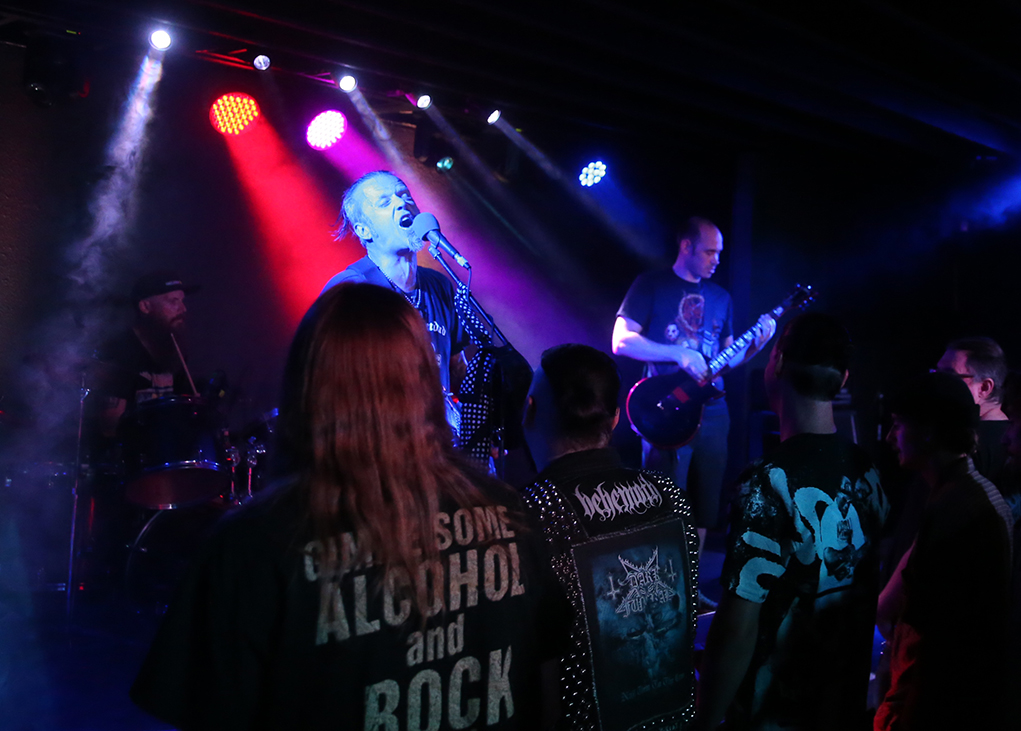 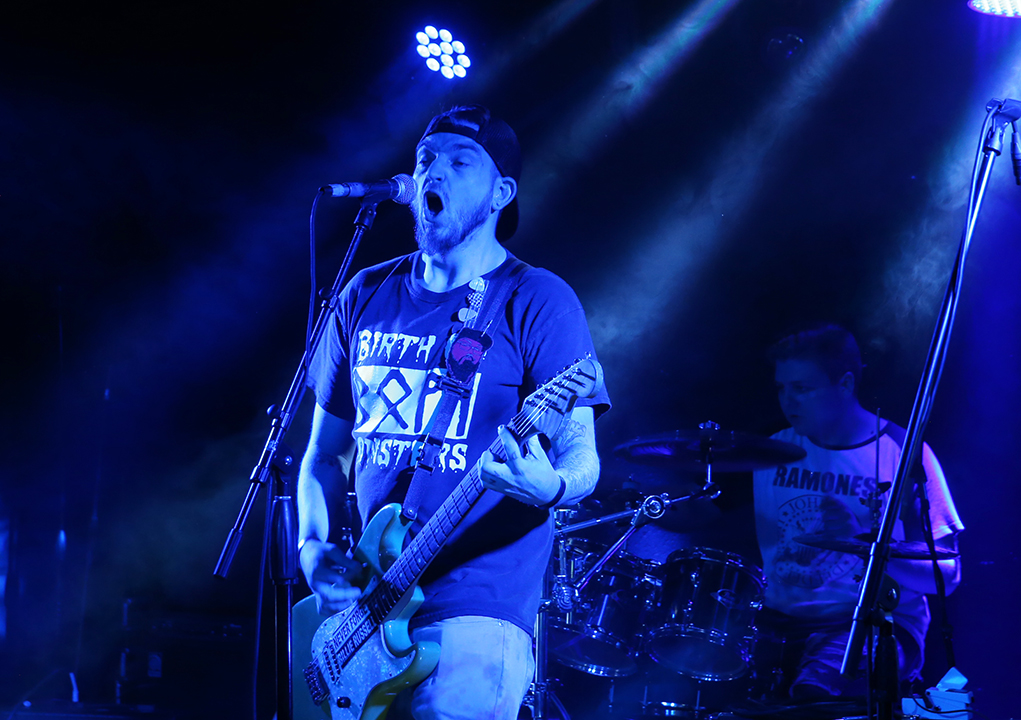