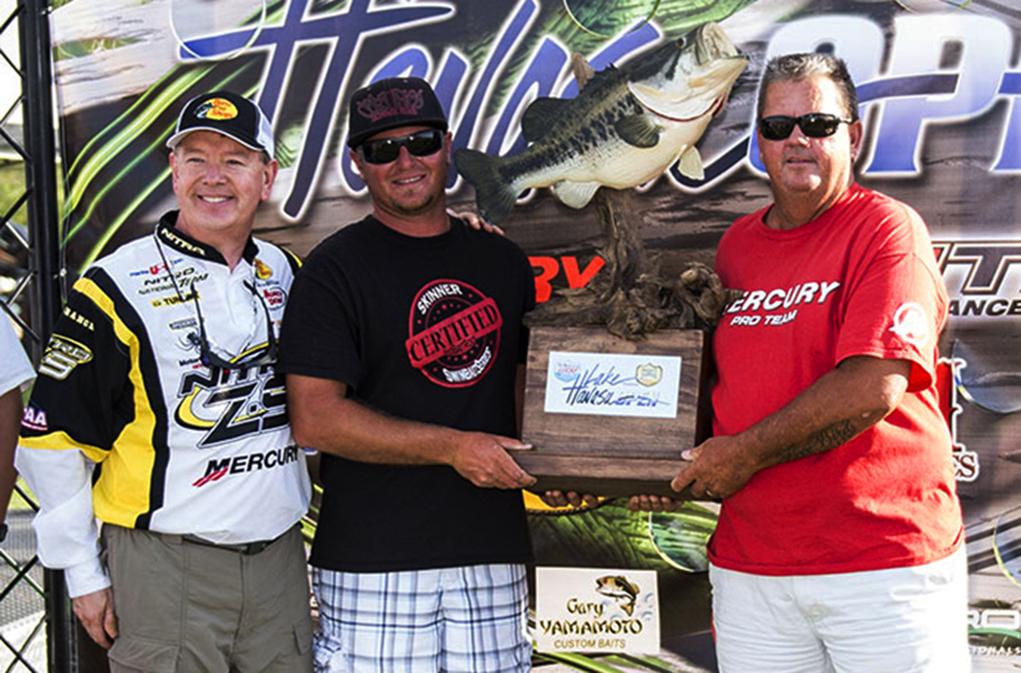 The final day for the Bass Pro Shops Fishing Tournament was Sunday.

Basic rules for the tournament include a maximum limit of five fish per day for each participant’s bag. Another rule is that the fish must be alive at weight in. Once weighed, the fish is placed back in the lake to be caught another day. Fish are weighed and the aggregate weight of both days is the overall score.

First prize for over all highest catch weight is $5,000. The prize for biggest single fish is $1,000

The grand prize is a Nitro 7 bass boat valued at $30,000. Each of the top 10 placers have their number put onto a chip. Then, one by one, a chip is drawn.Numbers drawn are out of the running. The last chip remaining is the winner of the boat. The winner of the boat does not get the cash prize.

As the contestants were eliminated, fifth-place team, Shane and Tina Moline, were asked if they won what they would do with the boat. “We’d probably sell it,” said Tina Moline.

The Molines did win the boat. 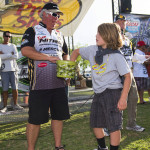 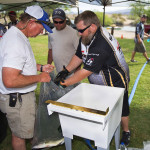 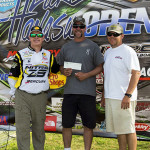 Gene Ellison congratulats Ray Lillard of Mohave Valley and JJ Gibs of Lake Havasu on their biggest catch for day . The fish, which was 5.52 pounds earned them a $1,000 cash prize. They were also the overall two day winner with that same fish earning them another $1,000. Mark Russell/RiverScene 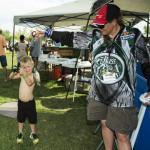 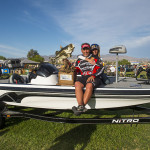