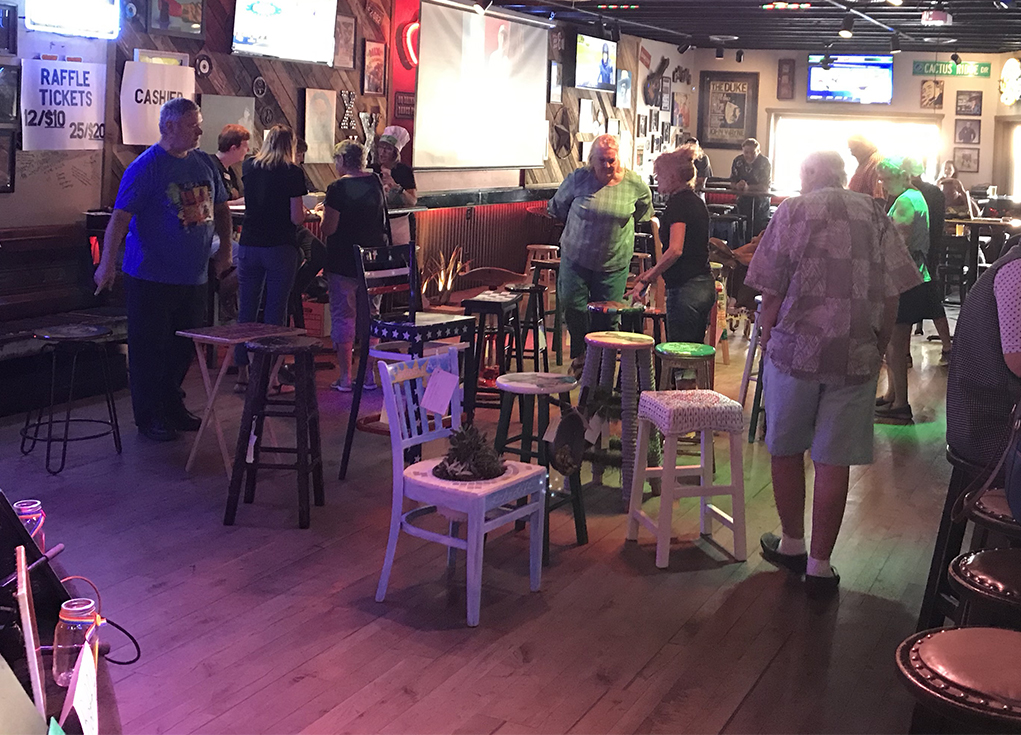 The event organized by HAPA members Cherie Mitchell, Fred Hahn and Irene Rose, with the help of previous organizer and inspiration for the event, Pam Reinke, raised more than $5,500 this year to support art projects throughout the Havasu City. There were  32 submissions crowding the dance floor as lights chased across them in a rainbow of colors.

Each stool, uniquely its own style, refurbished from the life of an ordinary stock barstool, were hand-painted by local artists. 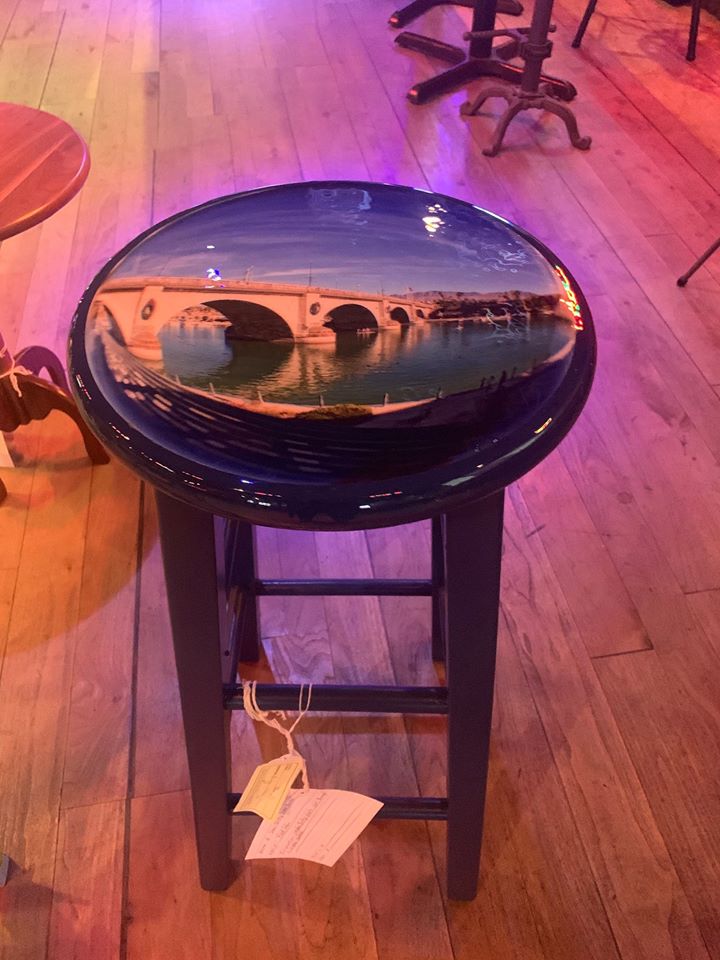 Reinke started painting barstools nine years ago to teach children about famous artists. Surprisingly, the idea grew into a community event and now some would say, a tradition.

Reinke, educator and local business owner of Pam Reinke Studio, shared the inception of the idea. “I would paint each stool about a famous artist so then I could talk about it and use it as a teaching tool and then they would be inspired from the bottom up!”

Reinke thought in the back of her mind that this would be a wonderful fundraiser but never followed through on it. A short time after her shelved epiphany, she was approached by Betty and Richard Rounds, who realized the brilliance of the idea and ran with it. 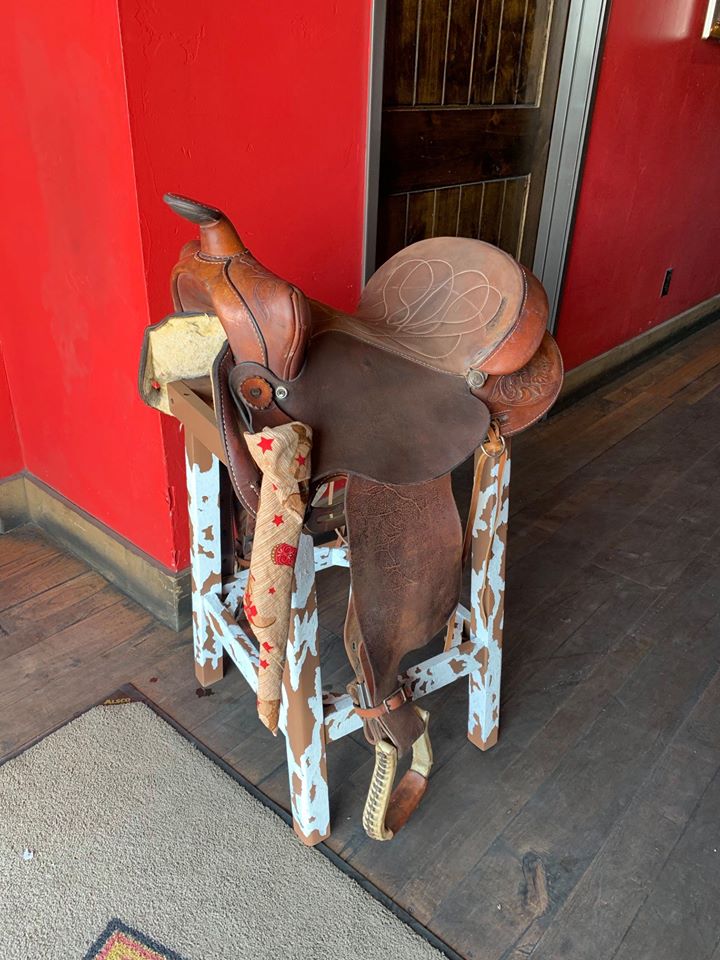 HAPA is an organization dedicated to encouraging public art in Havasu. Art work focuses on themes that relate to Lake Havasu City. One such example can be found on  McCulloch Boulevard, which has become the home of frequent classic car get-togethers, packing in residents and visitors alike, providing an electric charge for the growing business district. Along Main Street, visitors will find a wall mural showcasing both the classic cars and the scenic splendor of the event.

Call for Artists and Walls

As HAPA grows so does its need for usable locations for its thematic scenes. Money raised goes toward the work, at no cost to the owners. If there are those with a location that could use some beautifying at the hands of artists, find more information at havasuart.com. 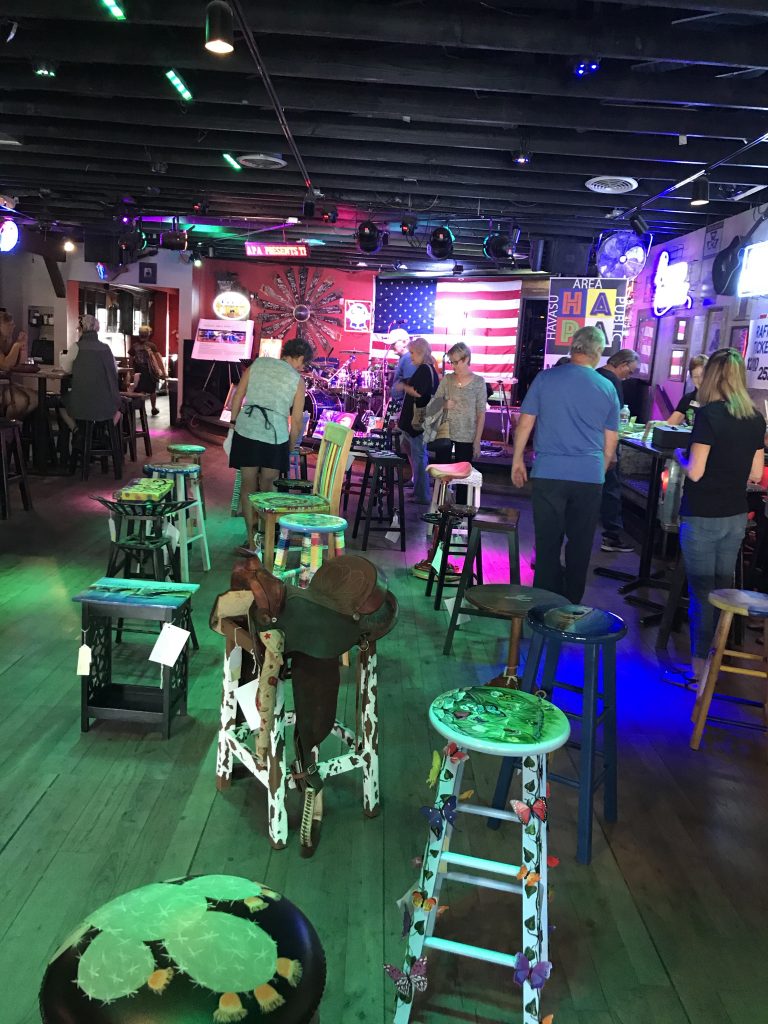 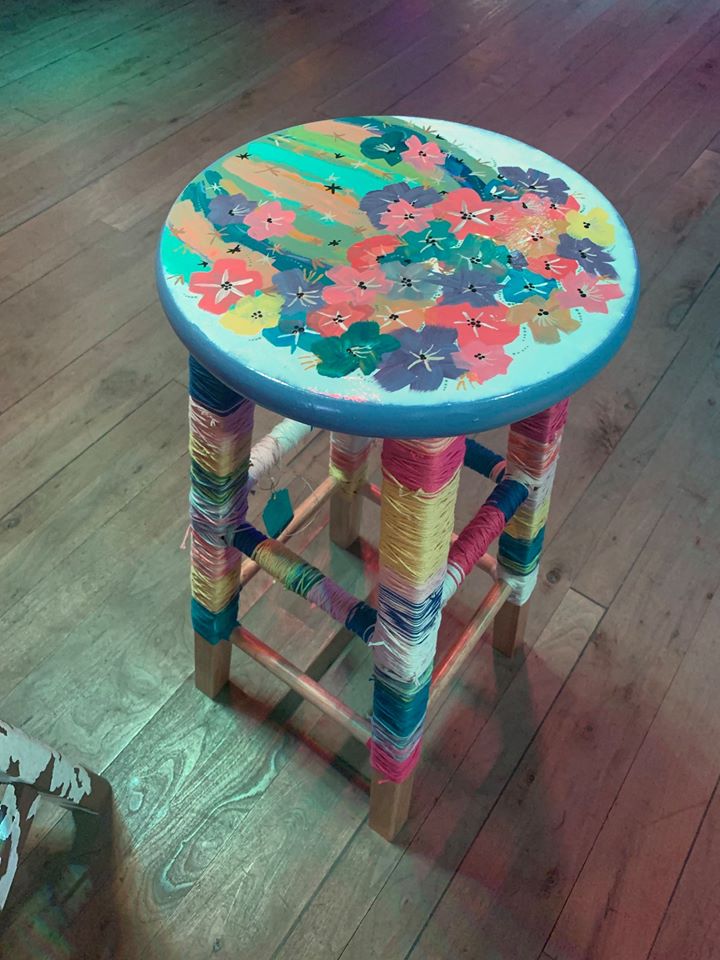