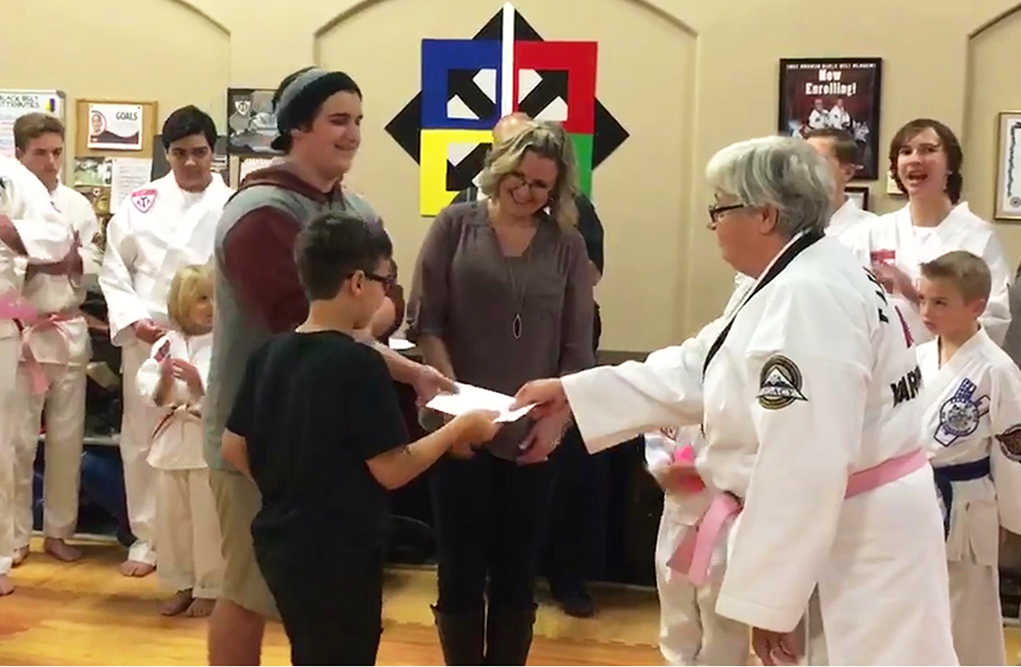 For the past three years in October, Lake Havasu Black Belt Academy, LLC, has participated in the “Wishing for Mommy” campaign. Wishing for Mommy raises funds for scholarships for children whose mothers have had cancer. Scholarships are in the amount of $500.

During the 2016 campaign, Black Belt Academy raised enough money to provide one scholarship in Lake Havasu City. The group sells pink belts and the entire $20 donation for each belt goes toward the scholarship.

Tanner and Caden Krei were awarded the scholarship in honor of their mother, Tracie Krei. The scholarship will be used to help pay for trips to Las Vegas for treatment. It will help with gasoline, hotel and meal expenses. 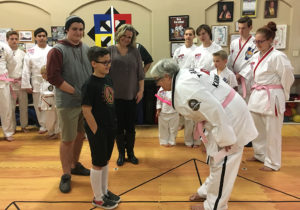