Bluegrass on the Beach Festival a Hit in Lake Havasu 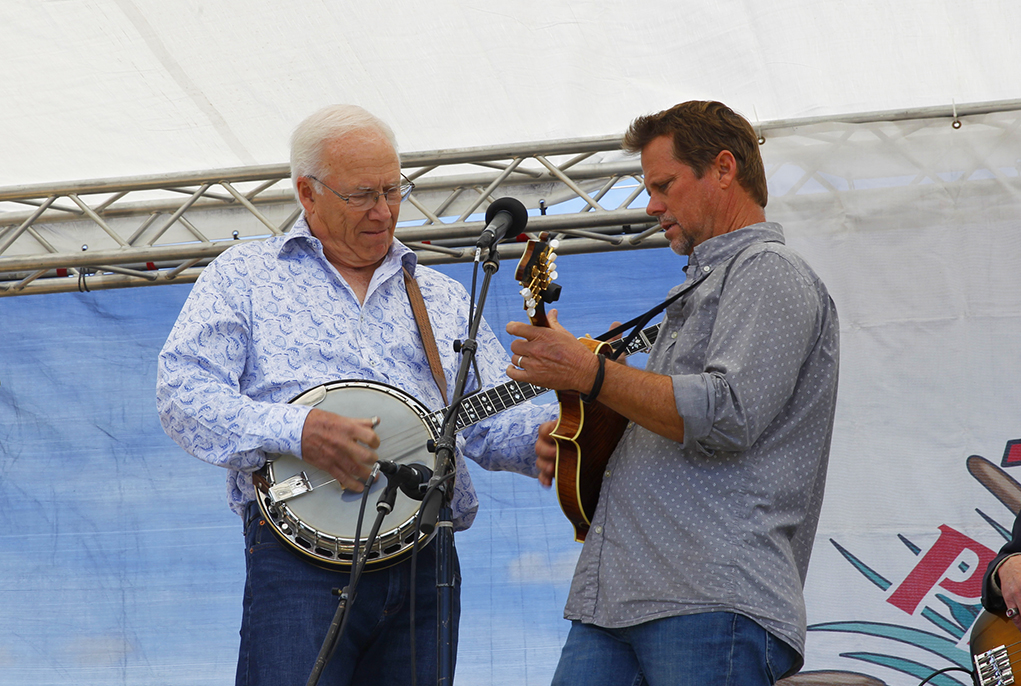 Bluegrass on the Beach held its 16th annual music festival this weekend at Windsor Beach in Lake Havasu City. Participants enjoyed bluegrass performances, art and craft vendors, food and drink booths, children’s activities and campground jams, all on the shores of Lake Havasu.

“Lake Havasu, in the bluegrass world, is on the map now,” said event organizer Larry Baker of L & S Promotions. “It’s all good.” 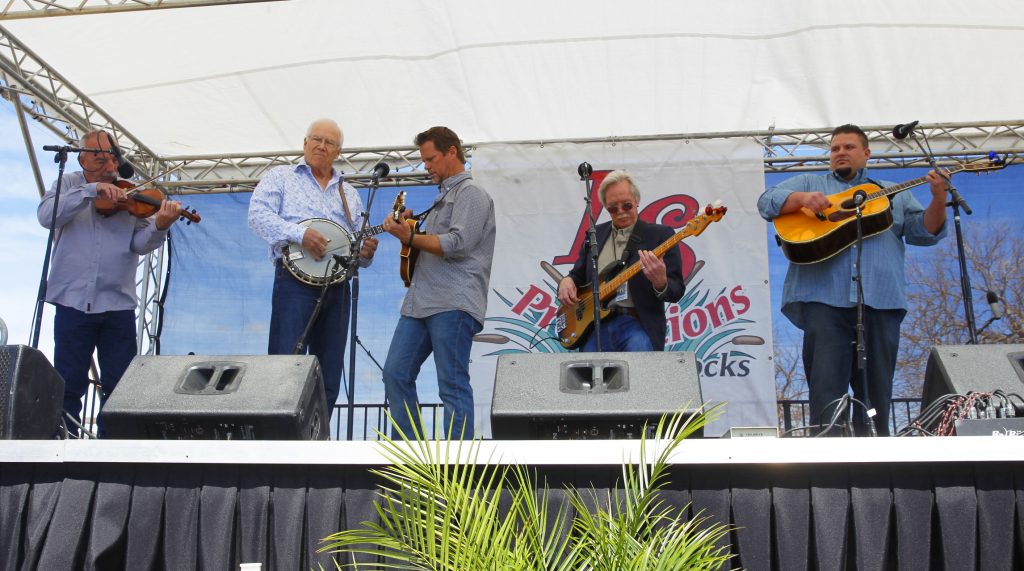 “We have been very lucky in terms of the bands we bring,” Baker said. “We’ve always taken pride in the quality of bands we bring.”

It isn’t so much luck as it is hard work and expertise after 16 years of planning festivals around the West Coast region. Baker and his wife, Sondra, together run L & S Promotions. He said their interest in festivals began when they were running a food booth as vendors, and they eventually decided to turn their love of bluegrass music into careers in promotions.

“Bluegrass fans are very loyal,” Larry said. “We want to make sure all of the fans leave here wanting more.”

Listening to fan suggestions and booking high-caliber bands over the years have paid off with Bluegrass on the Beach, which has grown and evolved over the years to become a well-recognized and attended festival. L & S Promotions also received the Northern California Bluegrass Society’s Lifetime Achievement Award at the annual Bluegrass Awards in January 2018. 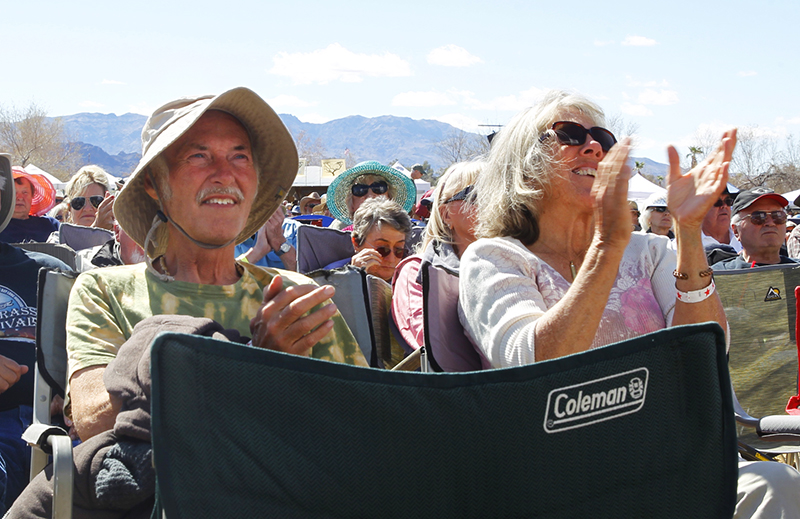 “The real reward is the people who attend who tell us how they enjoyed themselves, or how they liked the bands,” Baker said.

Teri Boudreau, treasurer of the Arizona Bluegrass Association, attended the weekend festivities stationed at the ABA booth. She said the event was a good chance to meet people and enjoy great music.

“It’s great; it’s been a lot of fun,” Boudreau said. “The people are all so friendly, and there is lots of jamming at night in the campground. That’s one of my favorite things is listening to the jams at night.”

Bluegrass on the Beach is just one of many bluegrass festivals on the association’s event calendar this year. Next weekend, March 10-11, the Arizona Bluegrass Association’s Annual Music Festival will be held at Earth Heart Park in Apache Junction, and on March 23-25 will be the Spring Tempe Festival of the Arts in downtown Tempe. For more details on bluegrass events throughout the year in Arizona, visit http://arizonabluegrass.com.

As for Bluegrass on the Beach, Larry said they plan to return next year. He said the lineup is usually set early in the fall and tickets will go on sale for the 2019 event around the first of October.

“We like to bring people to Havasu so they can see what it’s got to offer,” Larry said. “[This event] has … a lot of camaraderie and the uniqueness of location. Sondra and I, we love it.”

For more information on the Bluegrass on the Beach event, visit http://bluegrassonthebeach.com. 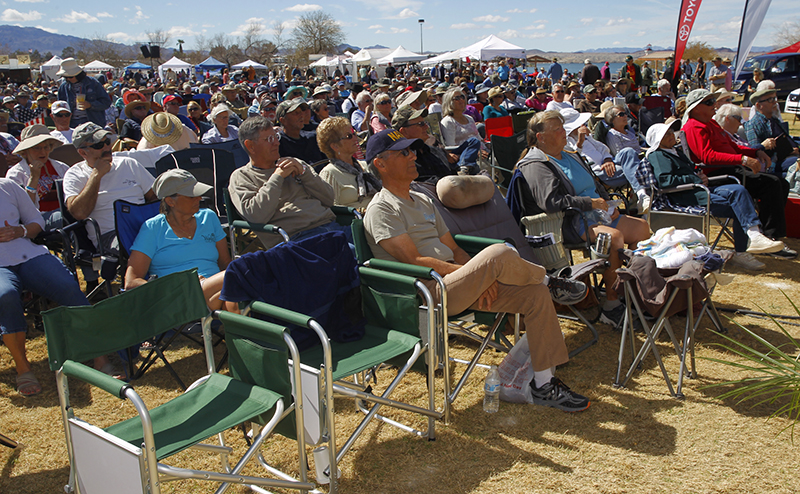