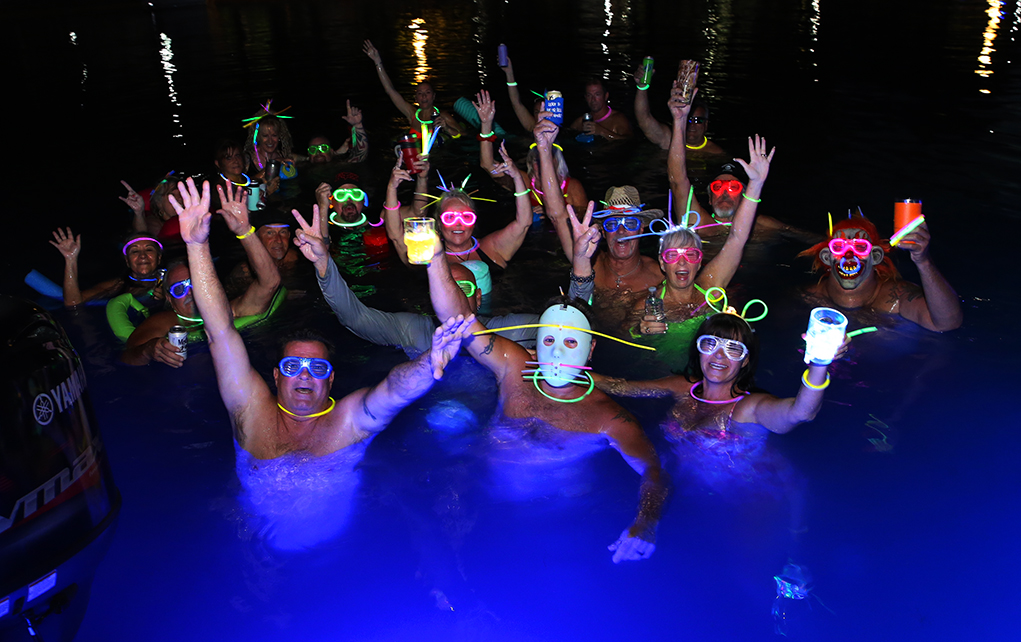 Boating is a great way to relax and enjoy the Lake Havasu waters and Bridgewater Channel, however one local resident has added a fun twist to his boating experience with Night Glow Boat Parties.

Local resident Kerry McPherson started installing underwater lights on his boat and as a mechanic by trade, he later installed them on others. Soon he decided it would be a great way to make his boat outings more festive at night by inviting other boaters to join him with their decorated  vessels too. 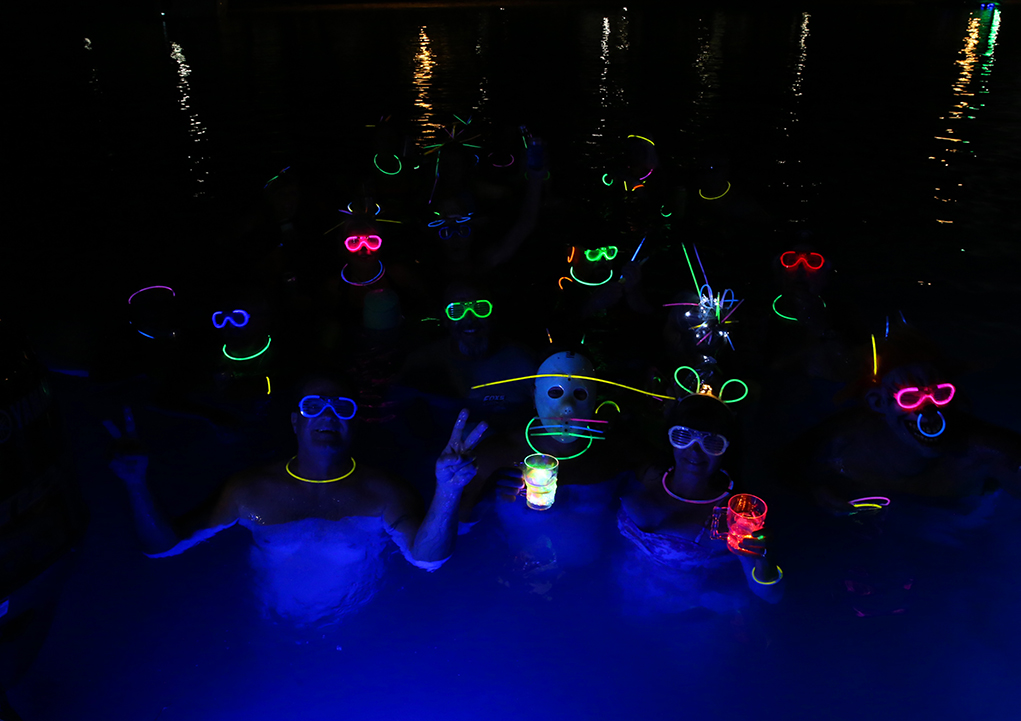 “I thought it would be cool to gather a bunch of people together to light the water up,” McPherson said. “I have lived here for about five years and have met so many amazing people with similar interests so we decided to do this.”

Glow parties are the same as any party except everything glows and is often better set at night to make the lights more visible. This is typically done at bowling alleys known as cosmic bowling and skating rinks. The channel now has a boat glow party locals can participate in.

Not only are boats decked in florescent lighting, the group is also decked out in glow bracelets, necklaces and glow sticks. Those who learned about the growing group via Facebook thought it was a fun way to get out of the house and socialize.

“We just come out here to hang out and  relax. There is great camaraderie,” said boater Mike Sardo. “Instead of sitting at home on social media, it is a good way to get some interaction. It’s some fun old school stuff,” he added. 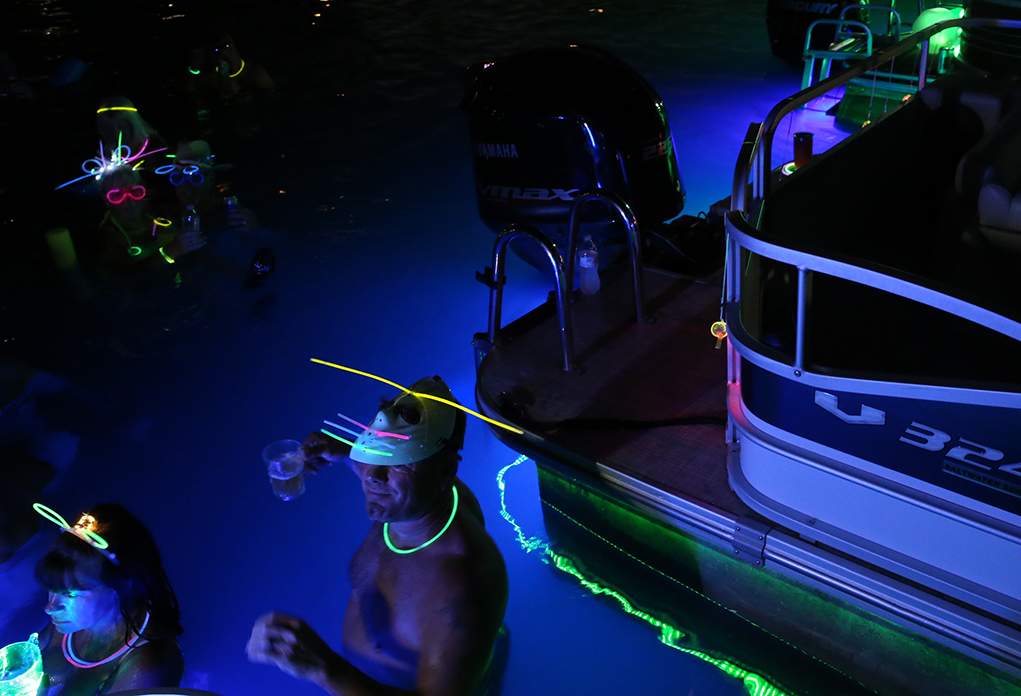 As more people start to join the group, it will surely light up the channel and will get bigger,” says resident Glenda Olmstead. Kerry and his wife Rose are great friends of mine, so I decided to come down and invite others as well,” added Olmstead. “It certainly is very pretty at night with all the lights.”

McPherson’s goal is to eventually grow the party and light up the whole channel.  “If people come down here they will see how neat the water glows,” McPherson said.

The next boat glow gathering will take place Thursday, September 1. For more information contact Kerry at 253-350-6542. 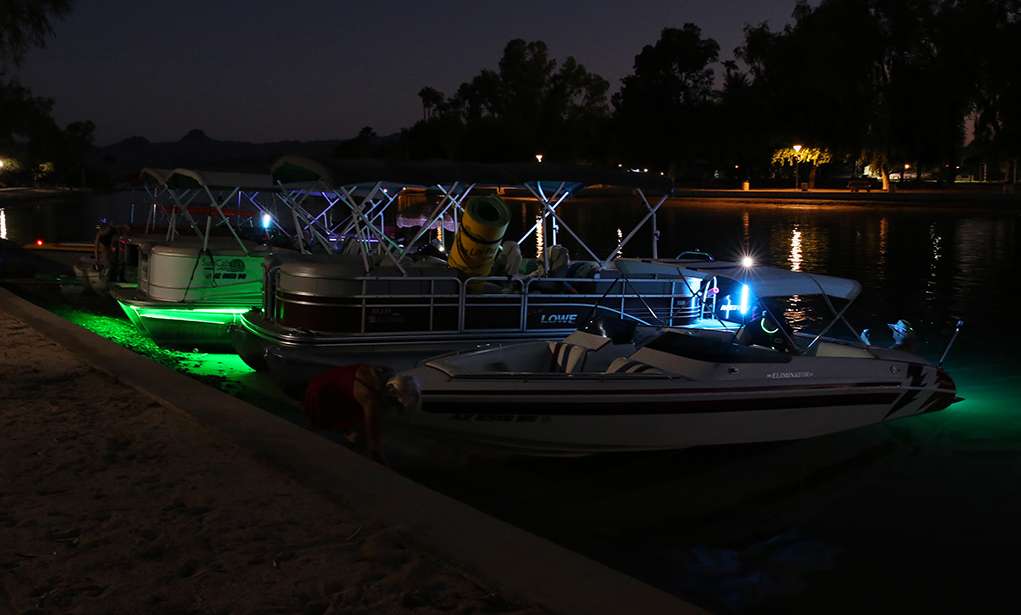 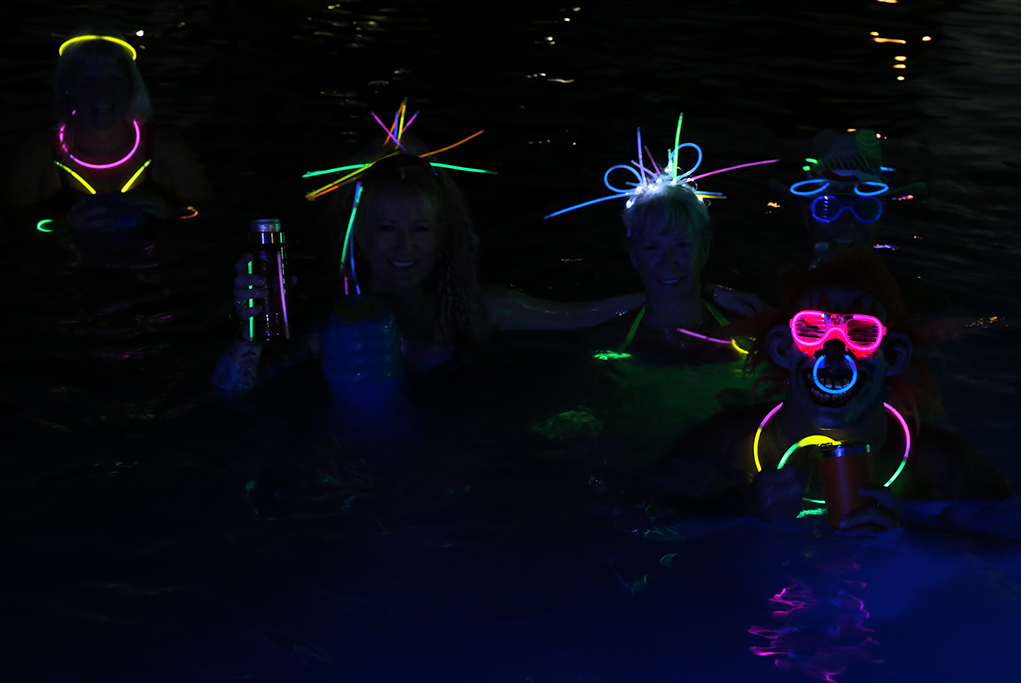 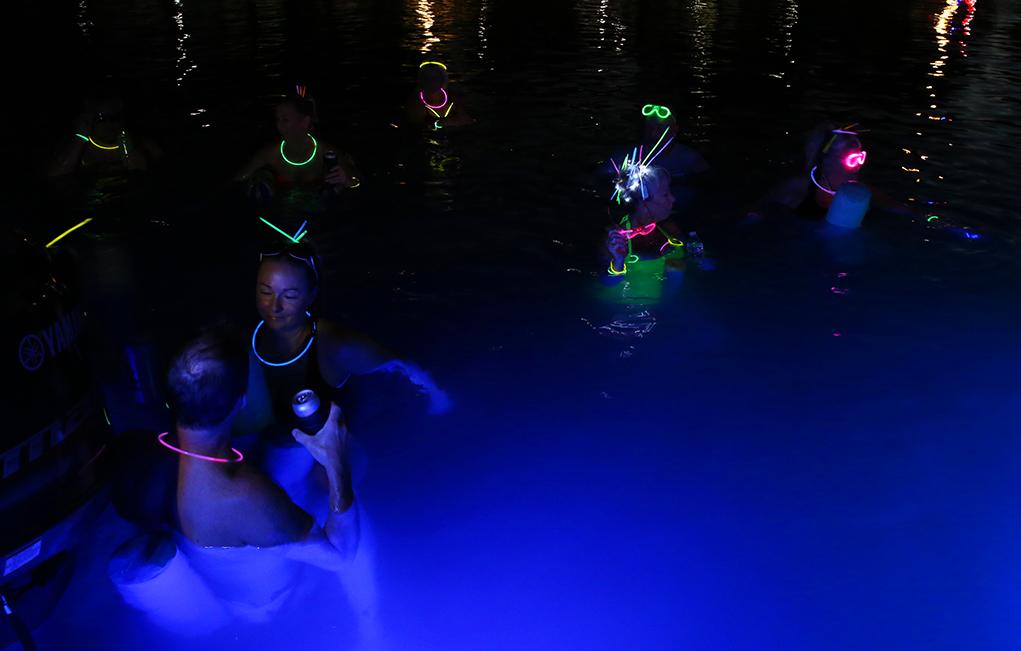 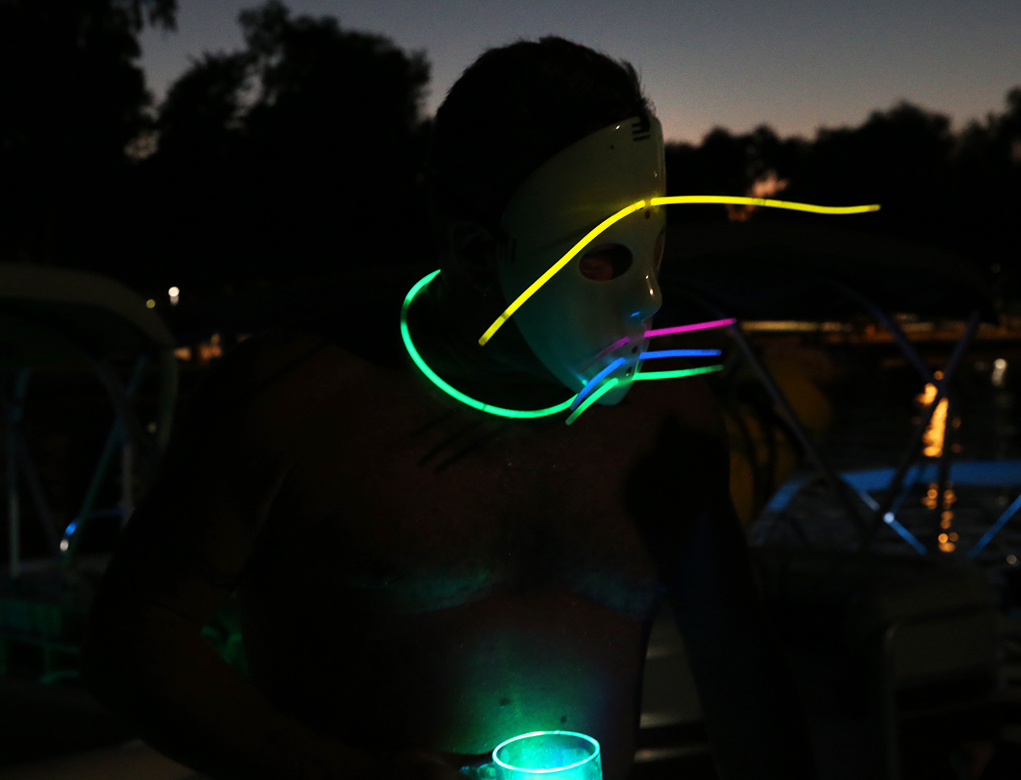 Kerry McPherson wears his glow sticks and masks to the glow party in the Channel. Jillian Danielson/RiverScene