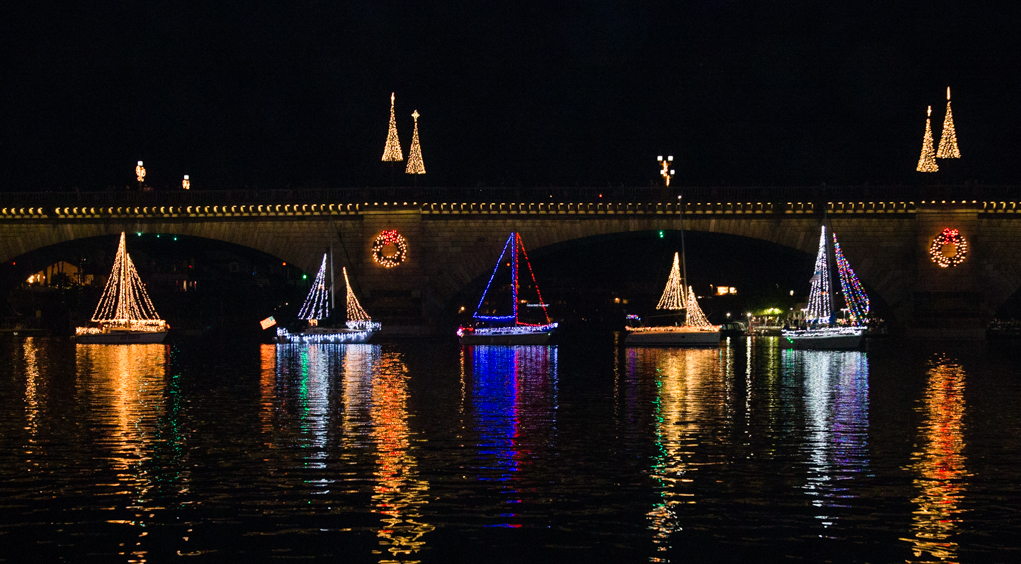 The month of December officially began in Lake Havasu City as the 35th Annual Boat Parade of Lights kicked off Friday night and will take place again tonight.

Entries in the parade lit the way as several creative and innovative boats made their debut while some regular favorites made their return. 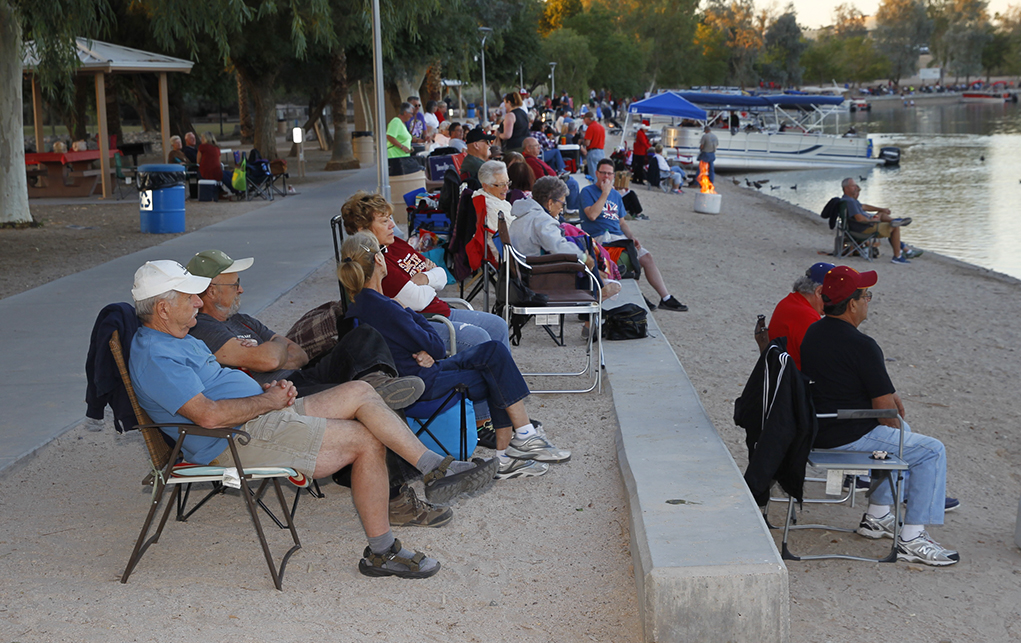 The beaches lining the Bridgewater Channel became packed with people waiting for the parade as the sun set. Jillian Danielson/RiverScene

The annual event is an awaited heralding of the holiday season and  guard rails along the Bridgewater Channel were packed with spectators spanning from one end to the other. The London Bridge itself provided a perfect perch to view the parade passing below. 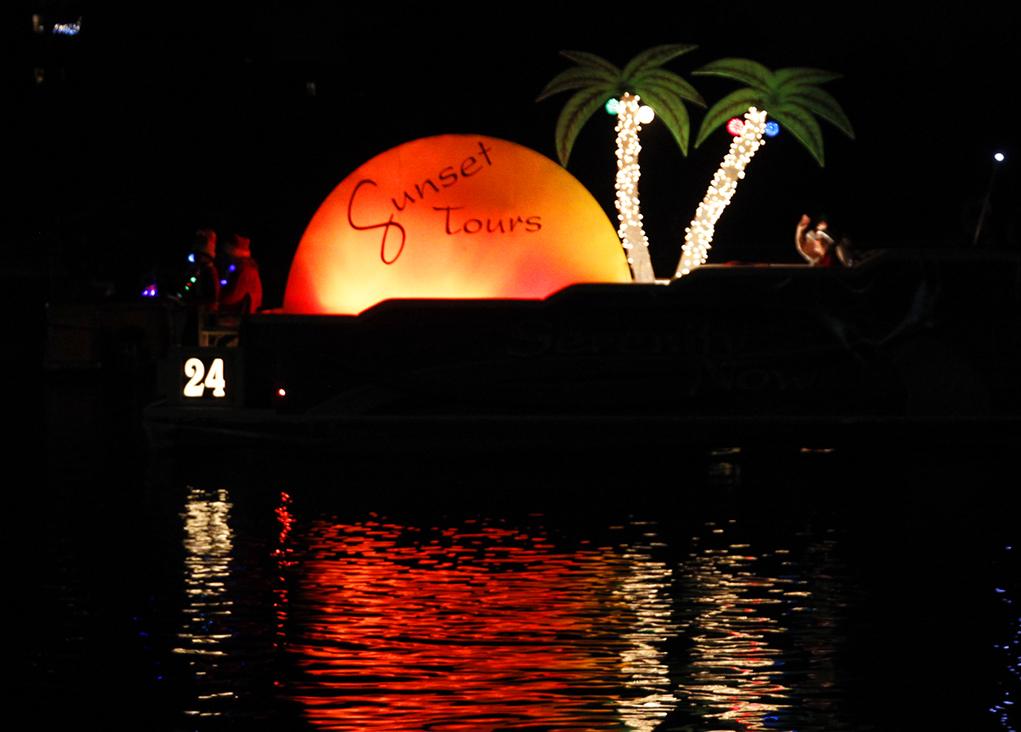 Other creative crafts included the Denise’s Day Crew boat that represents a nonprofit organization that helps victims of cancer. The boat is decorated with lights in the perfect blend of violet and pink.

Other watercraft entered in the individual/family class included one of the more entertaining boats from this class from A.J. Camou, which featured a bright but simple strand of colorful lights looping the outer frame of the boat, along with an inflatable Snoopy in an airplane on the end of it. 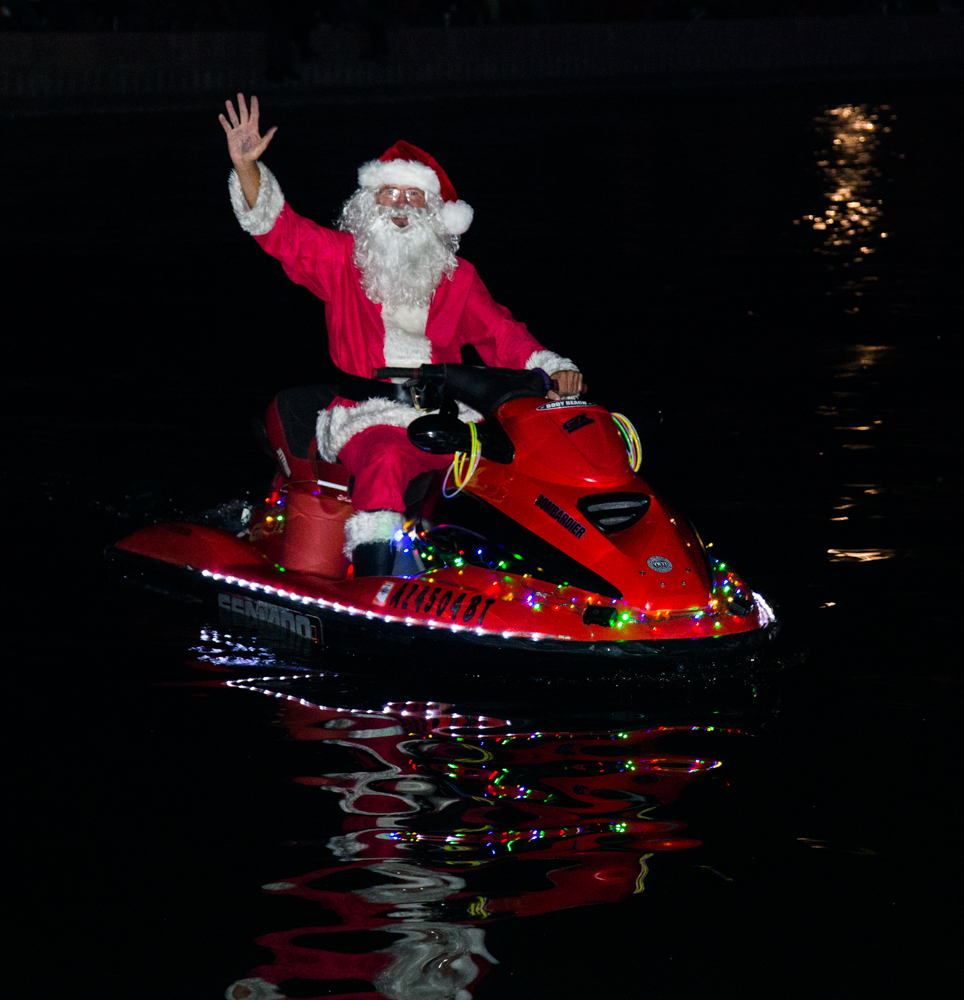 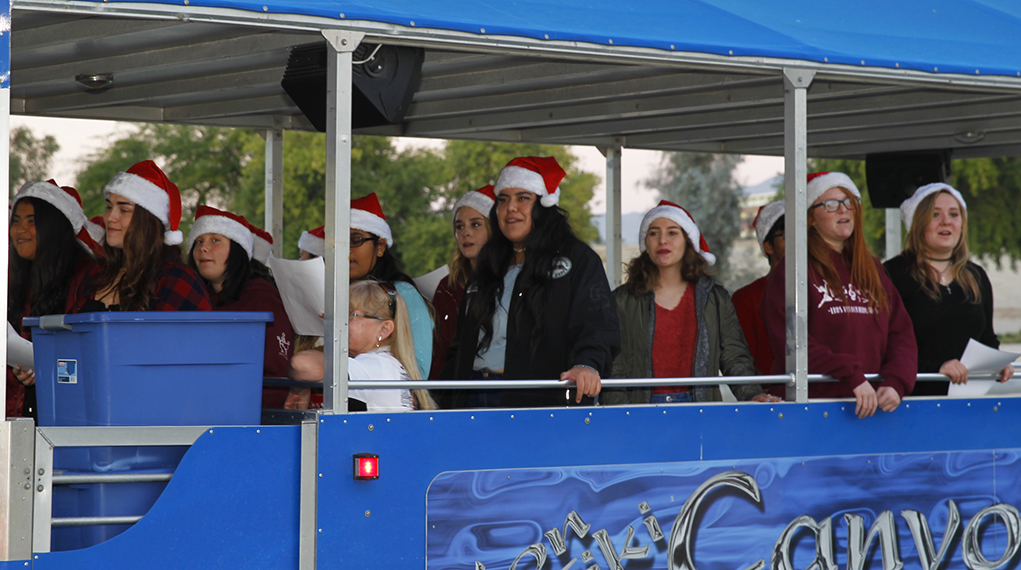 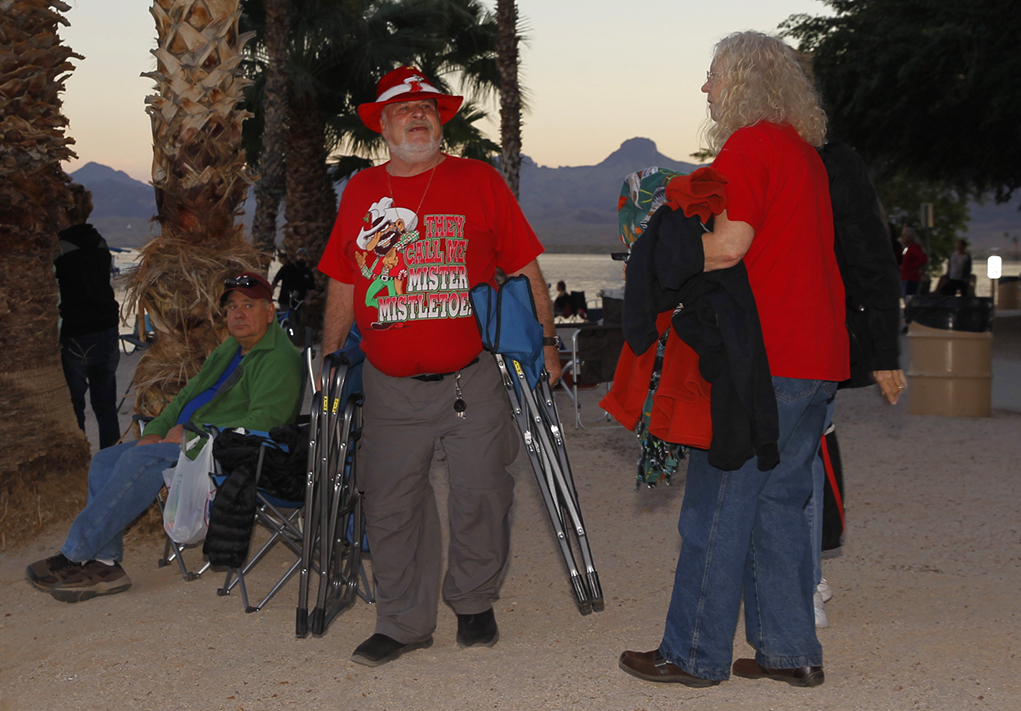 Jock and Liz Giacomi dressed in red for the parade look for a place to set their chairs down Friday evening. Jillian Danielson/RiverScene 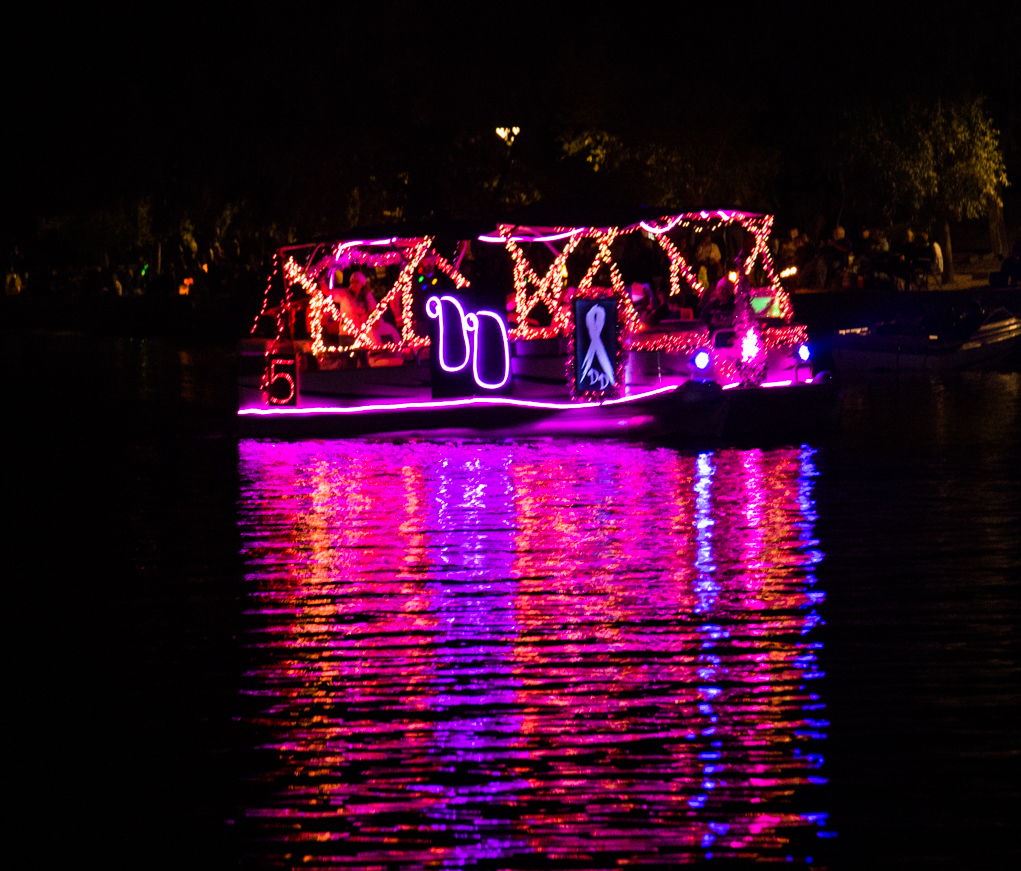 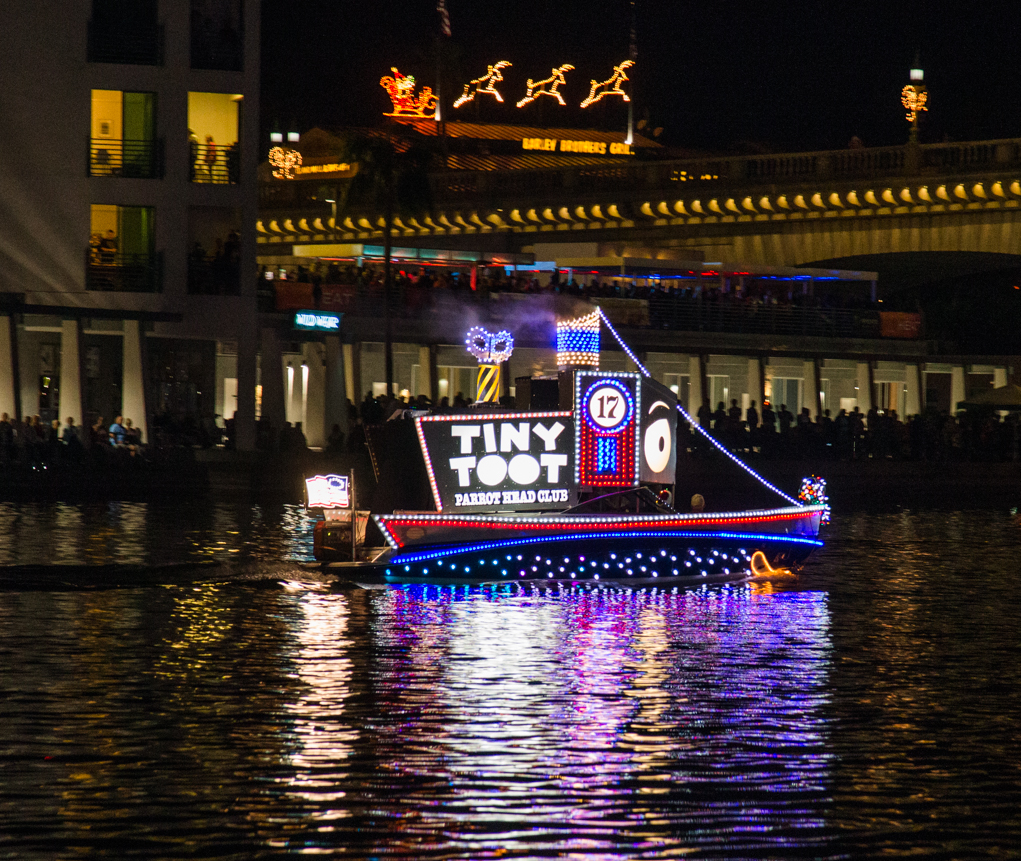 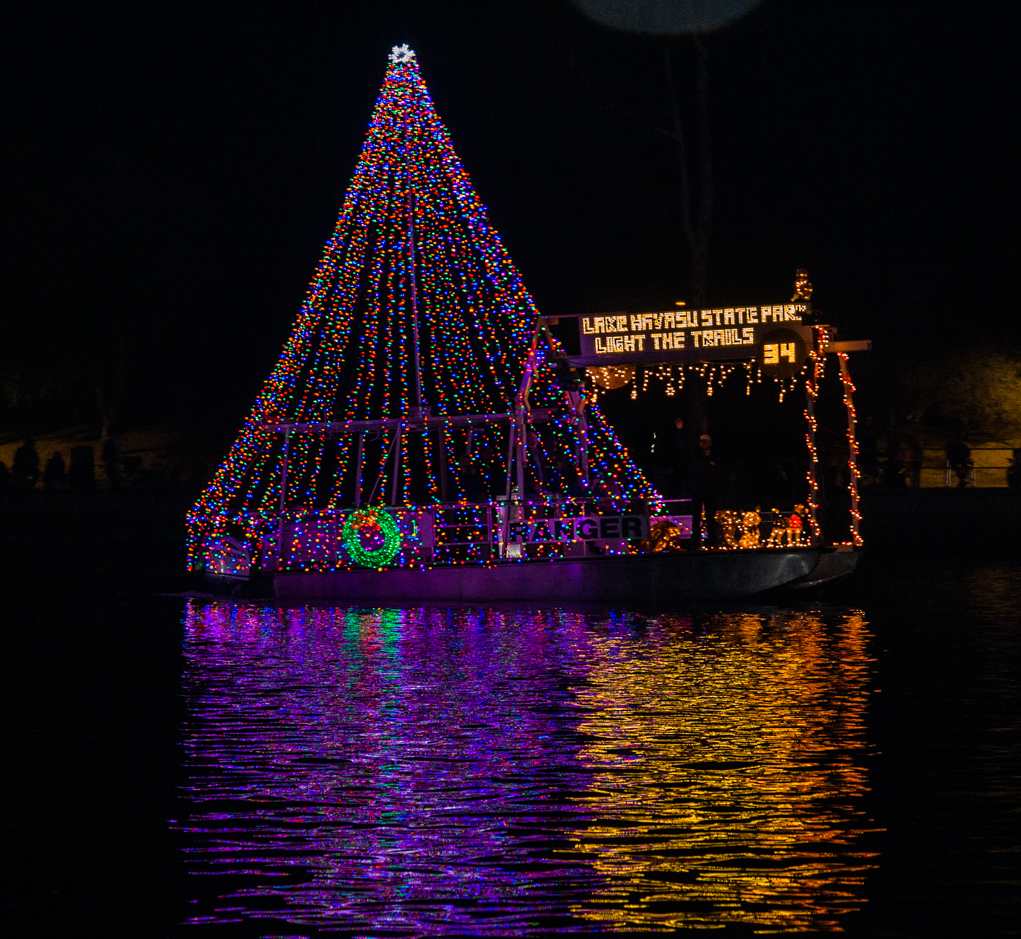 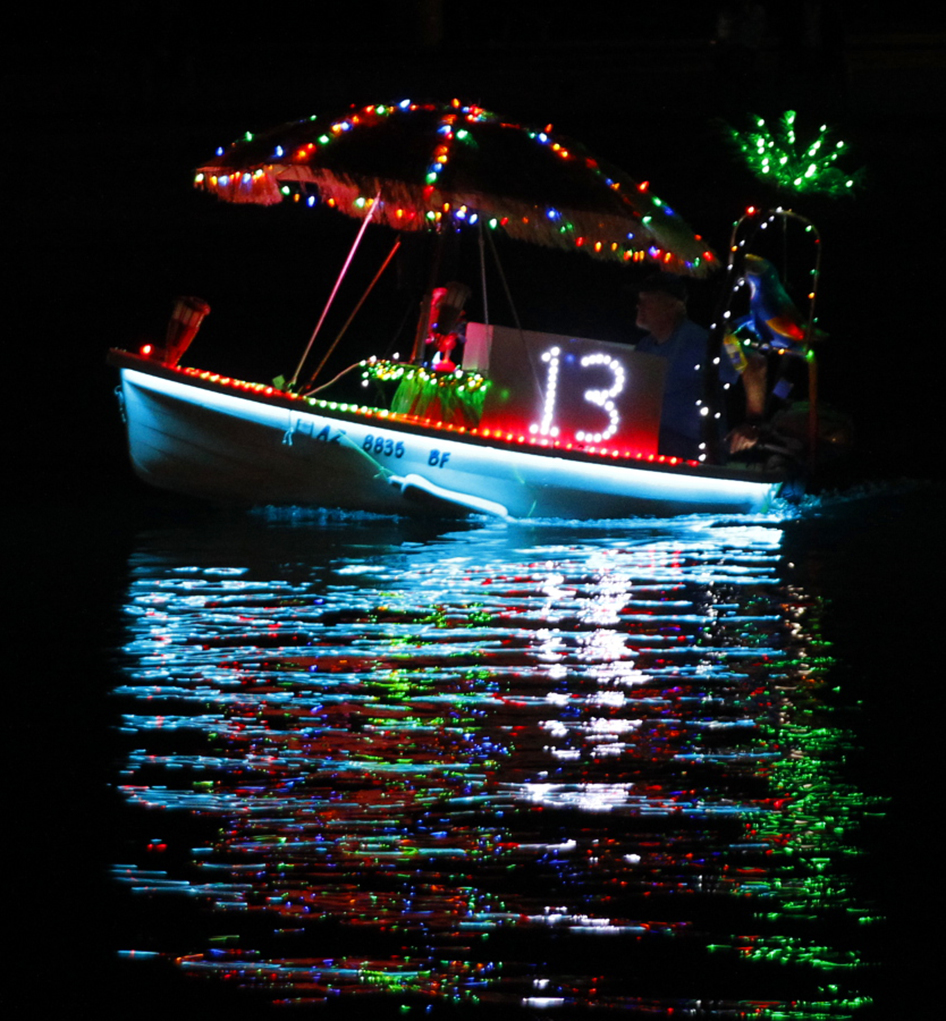 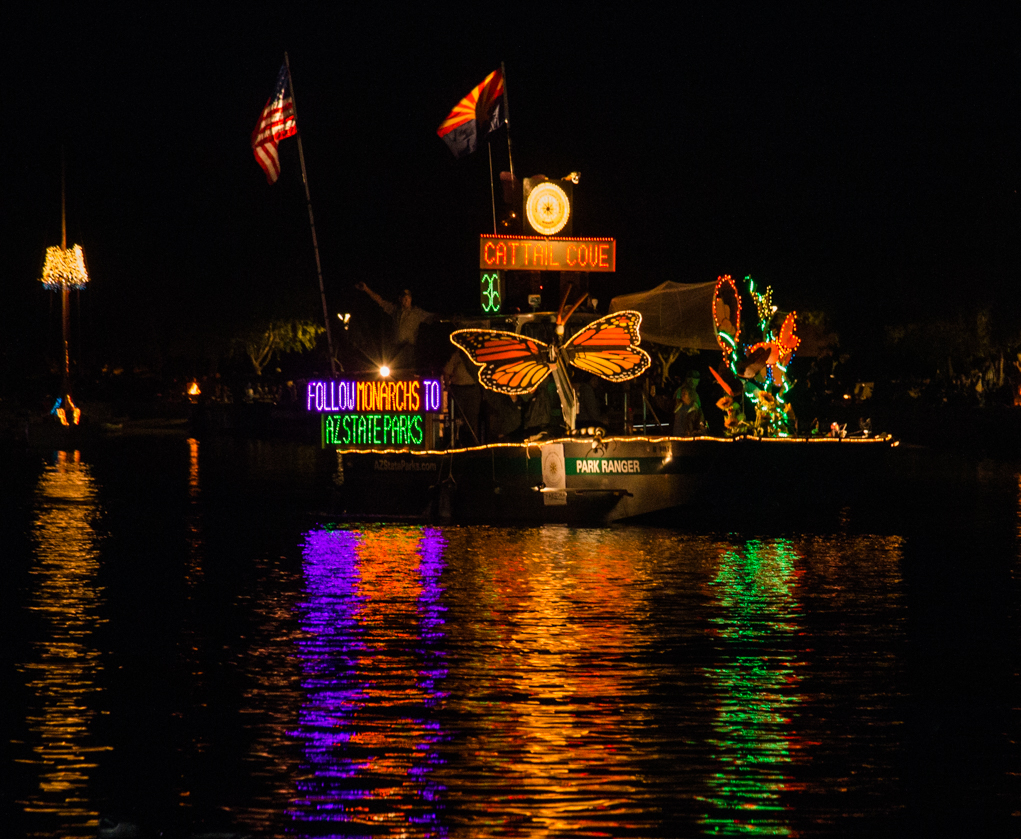 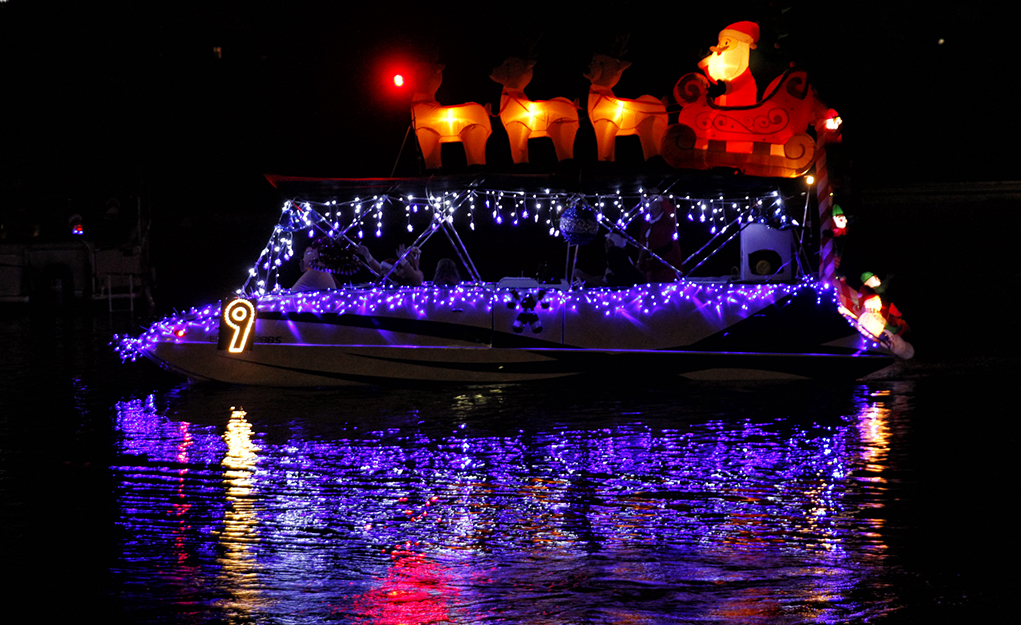 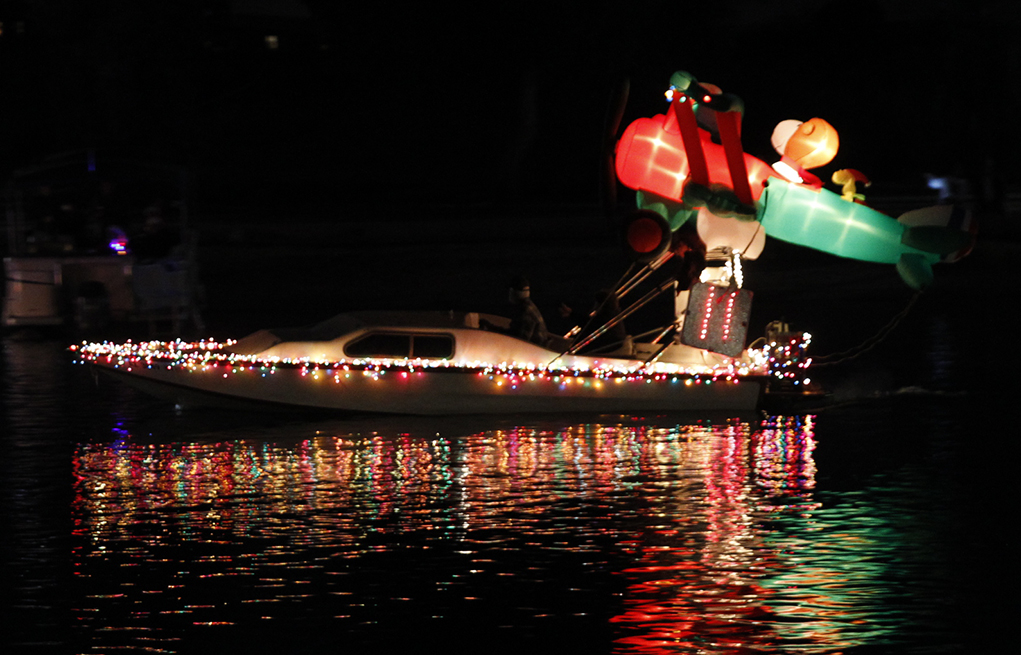 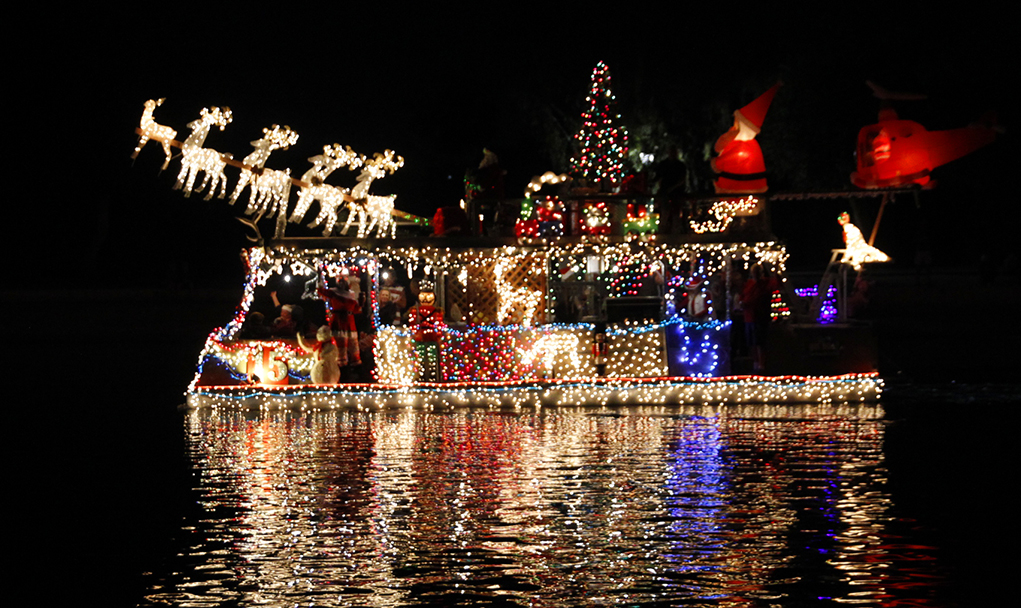 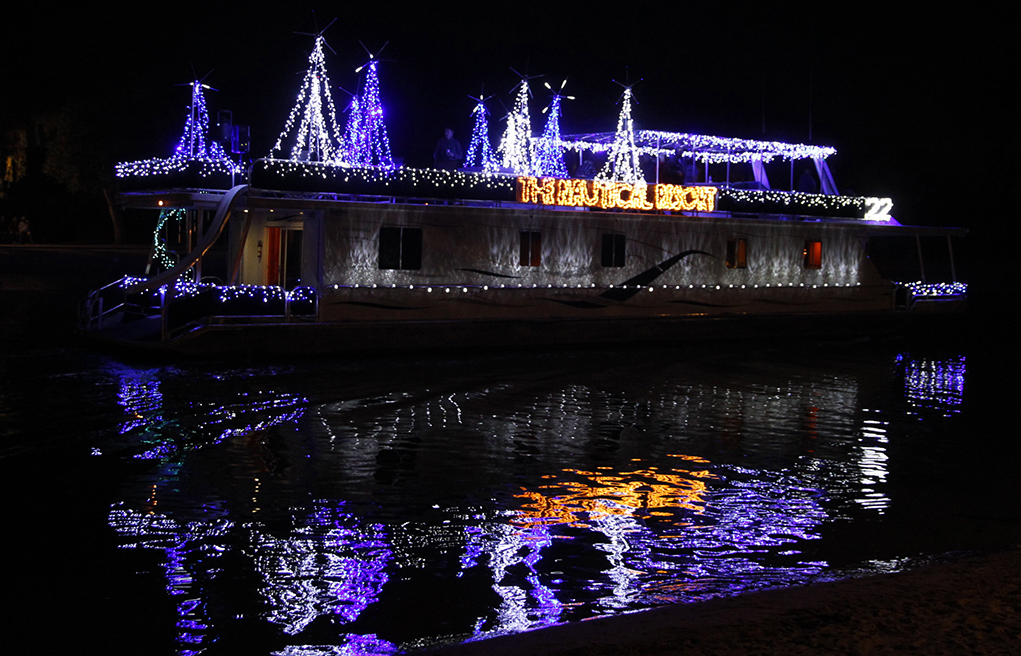