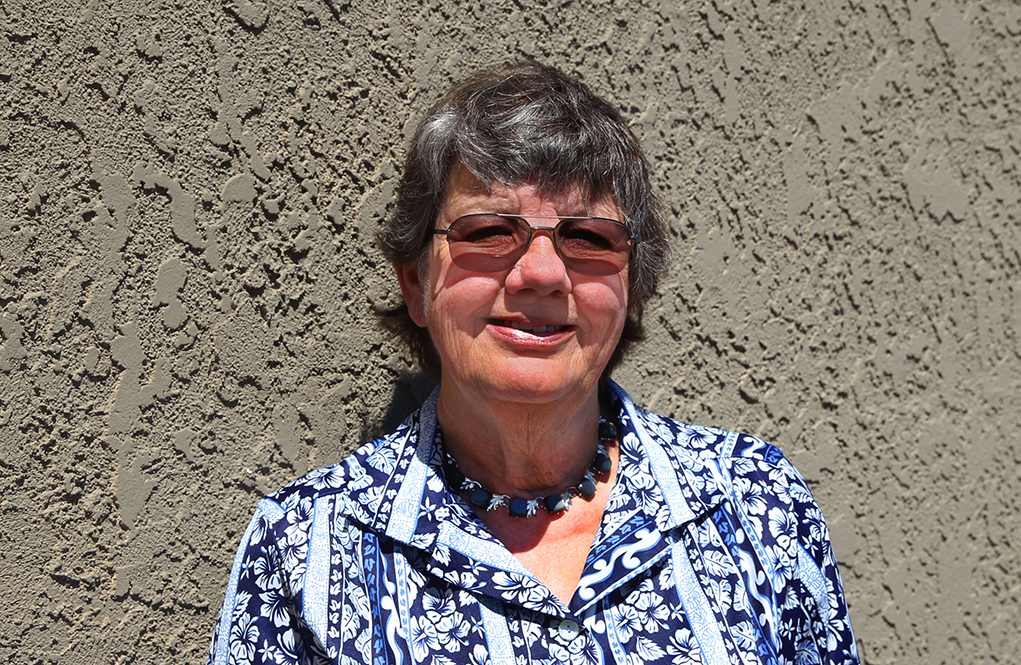 [dropcap]L[/dropcap]ee Borgen, of Lake Havasu City, is one of 28 veterans recently selected to be inducted into the Arizona Veterans Hall of Fame in October. The organization recognizes and honors Arizona veterans who have honorably served their country through military service and who have continued to serve and inspire their fellow citizens with deeds and accomplishments throughout their lifetime.

Even though Borgen was aware of her nomination, her selection still caught her by surprise.

“I knew I had been nominated for the Hall of Fame,” Borgen said, “but when I was notified that I had been selected, I was still flabbergasted!”

She served in the Marine Corps from 1963 to 1971 in communications, teaching TPX and teletype. She was also a cryptographer.

“In 1963, the purpose of women in the Marine Corps was to do the jobs that would release the men for war duty,” Borgen explained. “So most women were in communications.”

At the time she was considering reenlisting in 1971, Borgen was stationed in Washington, D.C., at Henderson Hall, Communications headquarters. But she did not like living in the D.C. area and asked for assignment elsewhere if she reenlisted. She was given a choice of one year wherever she wanted to be, then three years in Washington, D.C. That didn’t appeal to her, so she did not reenlist.

After leaving the Marine Corps, Borgen worked in the private sector for a structural engineer and also as a lineman. But in 1975, she realized she missed the military and decided to reenlist in the Marine Corps. But she was 30 years old then, the cutoff age, and the Marine Corps would not allow her to reenlist. So she enlisted in the Navy, first in the reserves, then moving back to active duty, which she preferred. She was a Yeoman, once again teaching communications, and also a communications counselor.

After retiring from the Navy, Borgen was a benefits counselor for the Disabled American Veterans in Lake Havasu from 1991 to 1997. In 1997, the Arizona Department of Veterans Benefits decided to open an office in Lake Havasu, and Borgen worked there as a benefits counselor until her retirement in 2010. She always sought to learn as much as she could in order to help veterans, and she signed up for every class or seminar offered.

“I love helping people to help themselves,” Borgen said. “If a person wants to learn, I’ll do everything in my power to help him.”

One memory that stands out in her years of helping veterans was the day a veteran’s wife stopped her one day and thanked her for saving her marriage. Borgen was perplexed, and the woman explained that her husband had not been getting treatment for PTSD and it was causing problems in their marriage. After Borgen convinced him to apply for the benefits he was entitled to, he received proper treatment and was a changed man. The wife credited Borgen with saving her marriage.

“Many veterans don’t even know they are entitled to benefits from the VA,” Borgen said. “And most women veterans back then didn’t even think of themselves as veterans. That’s why we questioned women differently than men. Ask a man if he’s a veteran, and he’ll say ‘yes.’ But we had to ask a woman if she served in the military. Then we would explain that serving in the military made her a veteran.”

Borgen recalled one woman veteran who had many health issues and spent years in private hospitals, at great cost to her, because she didn’t believe she was a veteran and entitled to medical care from the VA. Borgen helped her get the benefits.

“Everything I experienced in the military put me in the right place at the right time to help someone.”

Borgen retired in 2010, but after two months with nothing to do, she decided to volunteer at the Lake Havasu Police Department.

“I’m kind of a girl Friday,” Borgen laughed. I’m an administrative assistant, I take photos — whatever they need me to do.”

“It’s wonderful to watch these kids come in, and see the change in them over 19 weeks,” Borgen said. “It’s a beautiful transition to watch.”

Is she ever going to slow down and enjoy some well-deserved leisure time?

“I don’t have any reason to stop. As long as I’m physically and mentally capable, I’ll continue.”