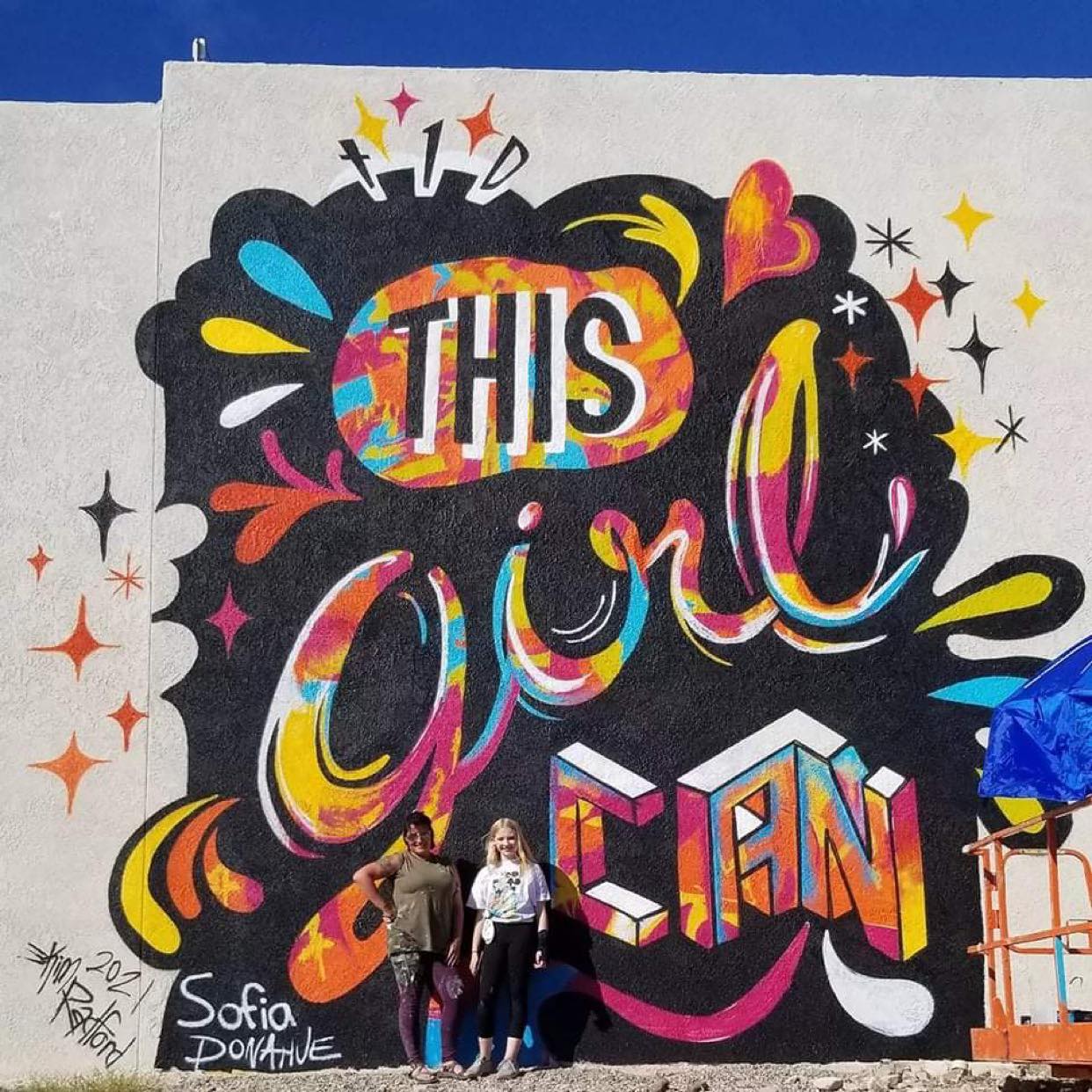 Breast cancer awareness is the topic of the season while Lake Havasu City efforts to fundraise for breast cancer health programs are happening.

Saturday was a big day for the cause and for fitness when Havasu gyms hosted events that are as fun as they are good for the community.

Titan Gym and Fitness Center hosted its “A Cure Worth Exercising For”, with the proceeds from classes will donated directly to benefit the Cancer Association’s low-cost mammograms. Classes included kickboxing, Zumba, spin, and yoga. Each class is $10 and anyone may participate. There also was a raffle including gift baskets and other prizes donated by the businesses of our community, 15 raffle items total. 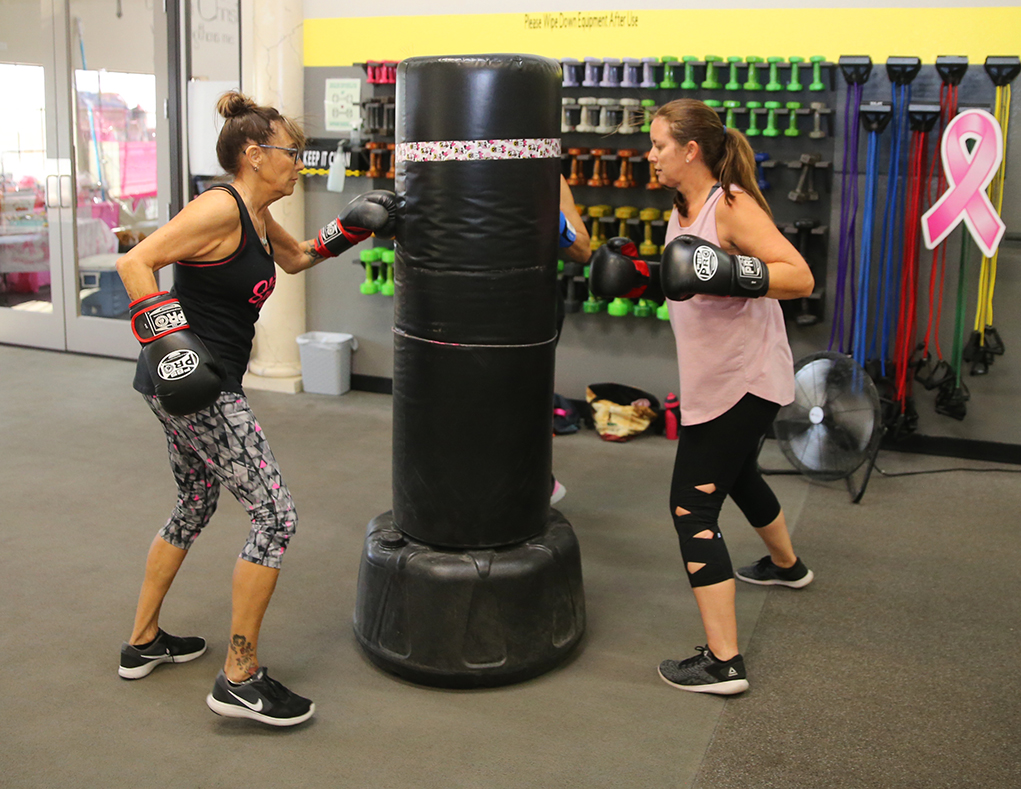 “It’s actually turned out to be really, really a good success because businesses were very generous,”  Christi Donaldson said.

Titan Gym’s original idea evolved into a larger endeavor, but the team has risen to the occasion. “It was just starting with a spin class. “But Donaldson said they thought, “We can do more than that with this. So that’s kind of cool, because it would have been something simple and now it’s something that a lot of people have been able to participate in.”

Nakoma Strong Health and Fitness Center was busy Saturday, as artist Kim Radford completed a mural on the side of the gym’s building. Radford is from Tennessee, but has family in Havasu and several members of her family live with type-one diabetes. wanting to pay tribute, Radford is painting the final mural of a series of five dedicated to her family titled, “This Girl Can.”

This is an all-female Crossfit competition that is also a fundraiser for breast cancer. “The women that are coming to the gym have all been doing fundraising for an organization called Bright Pink which gives mammograms and helps with breast cancer research,” says Natalie Marcom. 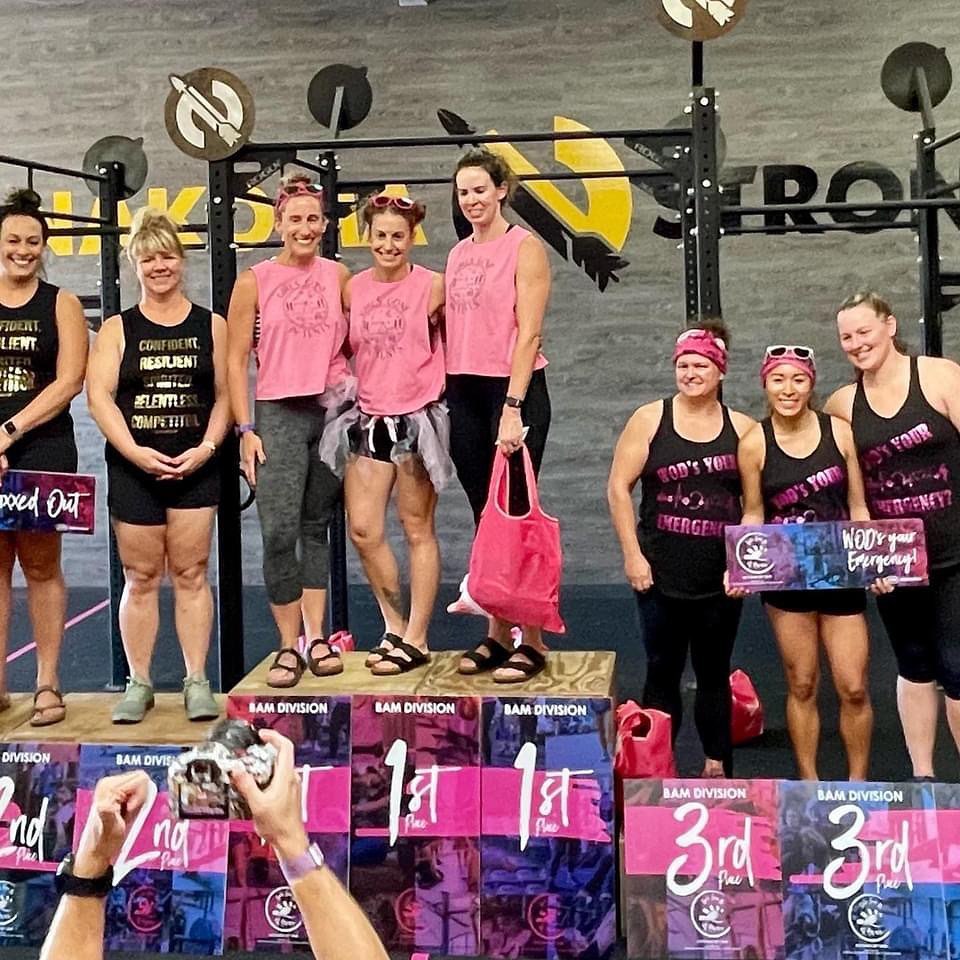 “So they’ve been fundraising and Saturday they are going to do four workouts and compete against one another for prizes and such.” Having these two separate occurrences take place at the same time was just luck, and Marcom says that, “So the timing of it all is really amazing.”

After Saturday, fundraising continues with The Human Bean and their Coffee For A Cure fundraiser Oct. 22, where 100 percent of its proceeds will be donated to local breast cancer organizations. 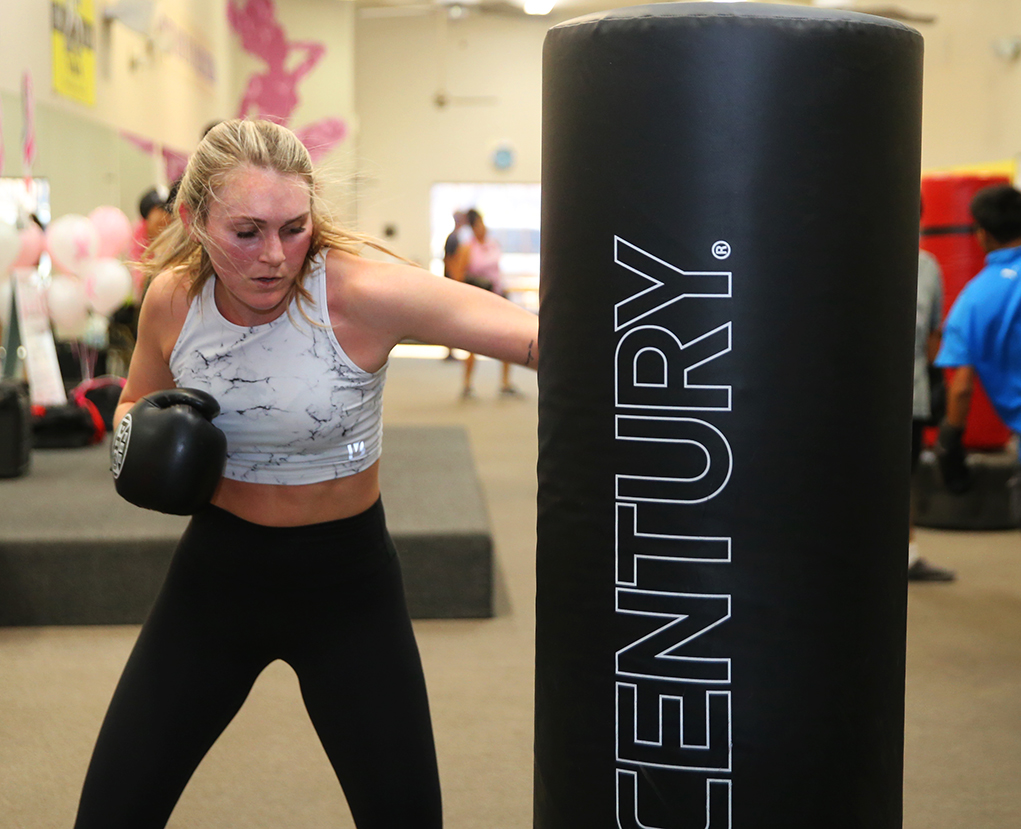 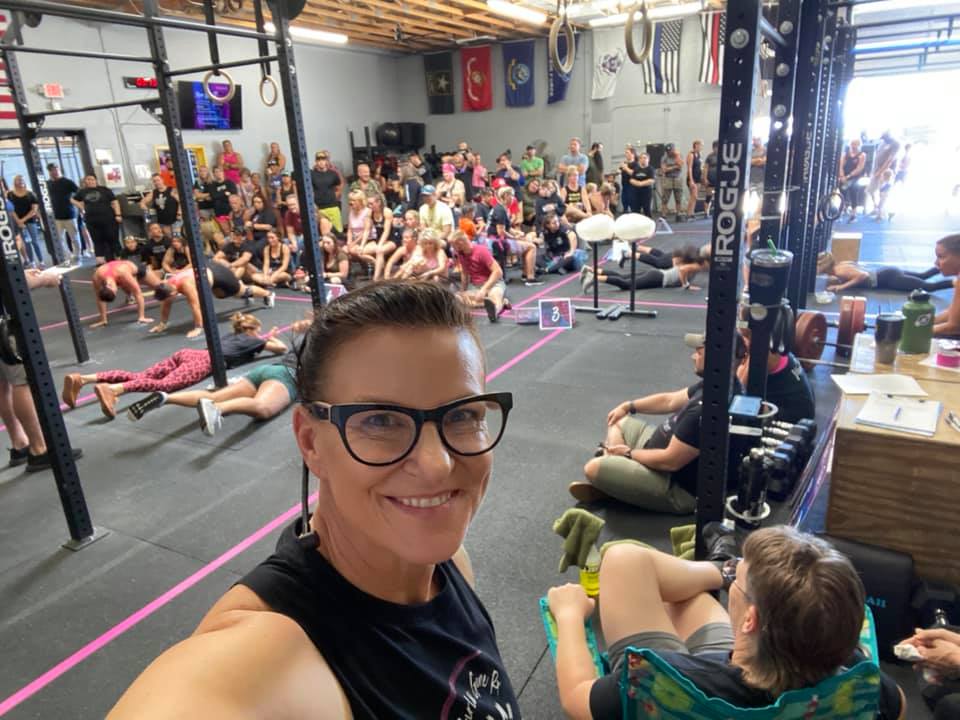 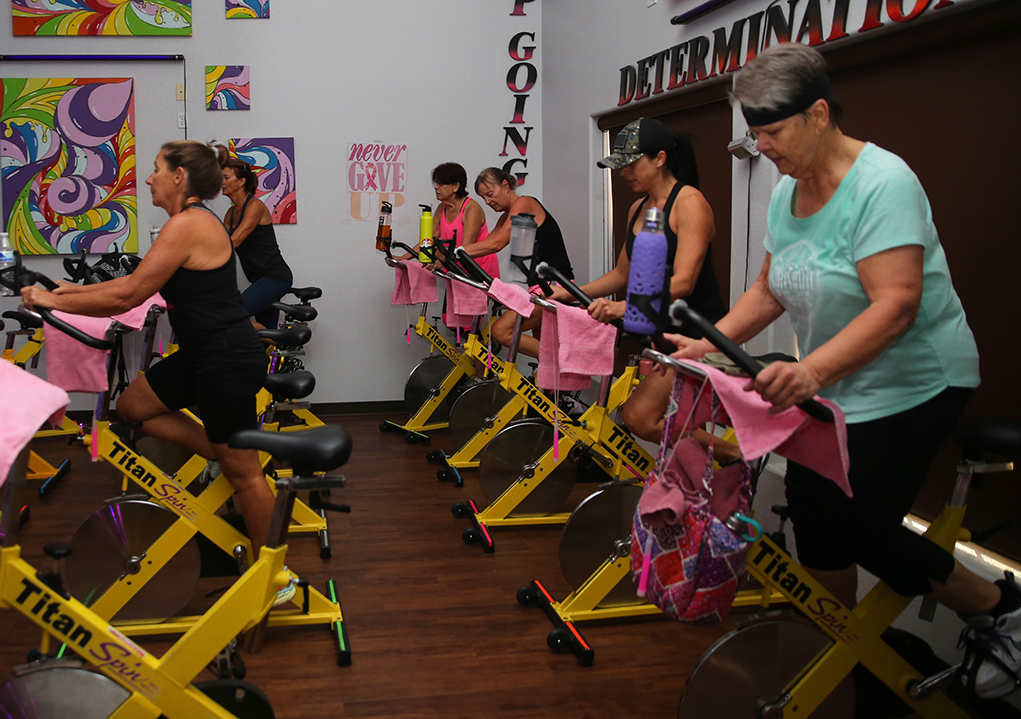 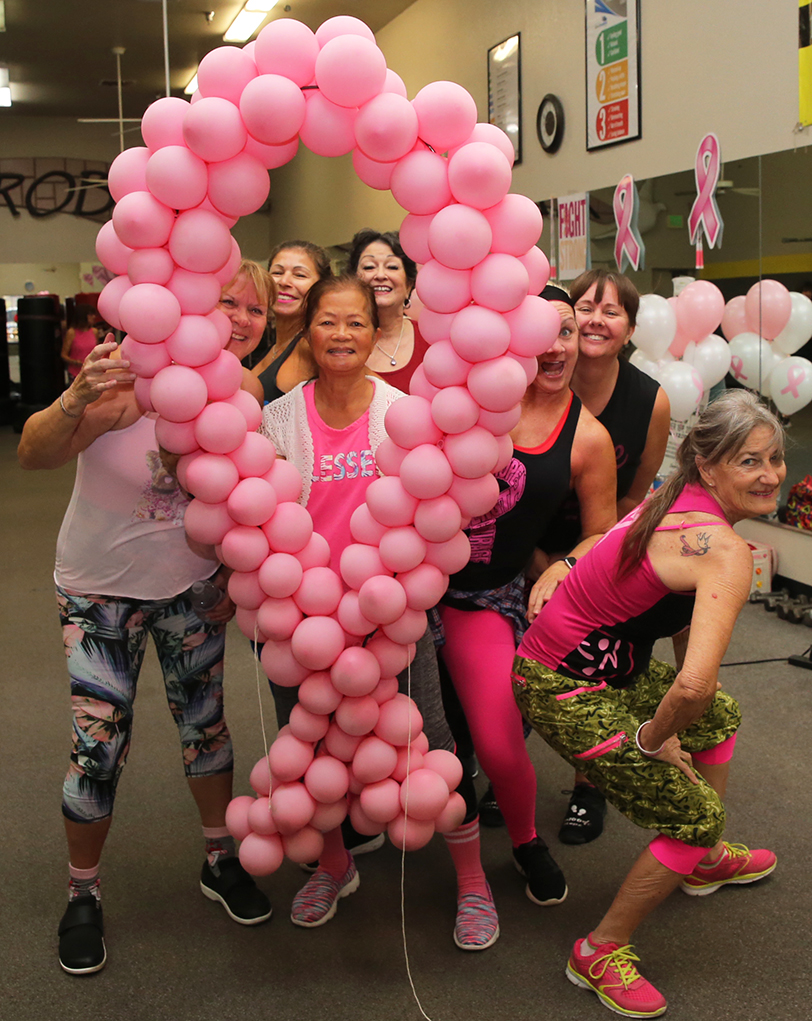