Buses By The Bridge Brings Variety Of VW Enthusiasts 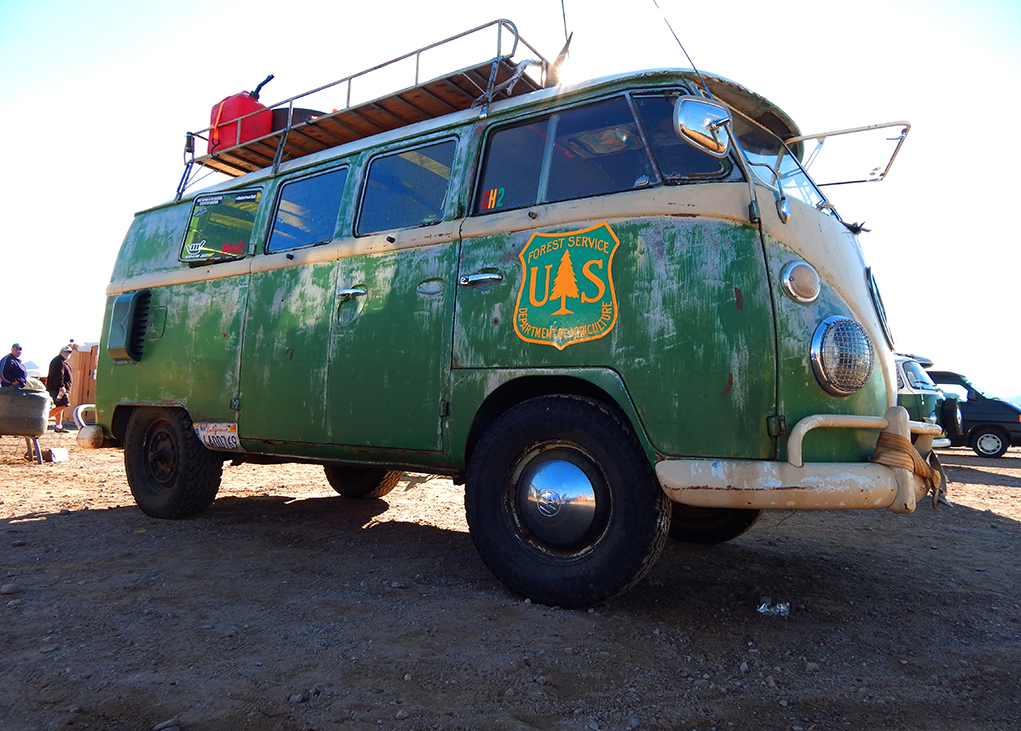 Engines revving, people laughing, distant sounds resonate from behind the microphone. Hundreds of Volkswagen buses lined up in rows, appealing to mass amounts of people, bringing them from British Columbia, Maryland, Colorado, California, Arizona and more. 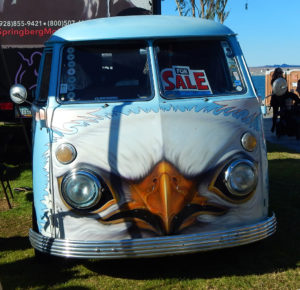 The “Screaming Eagle” bus sits at the Buses By The Bridge Sunday afternoon. Carly Arsenault/LHHS

From the overheating engines to the sight of warming fires and the smell of meals being cooked throughout the day, this festival is as much a family as it is a culture from all walks of life. A lifestyle that will appeal to your free spirit.

“VW bus is the most iconic bus of the love and hippie generation,” said a man who called himself Stovepipe. He was selling Volkswagen novelty items, all of which had his artwork printed on them. Stovepipe and his coworker Groo, own and operate The Rusty VW. Stovepipe has two VW buses, and the first item on his bucket list is to road trip to Wyoming in one of them. 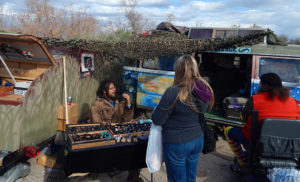 At the event, there were a bundle of buses that featured hand-painted artwork.

“If you fancy yourself an artist and you have the time to paint, you can add some to it [his bus),” said Christian Williams, who owns a bus he made from scratch.

As a family of five, the Williamses live in their bus, with a trailer attached to the back. He sells rock jewelry out of his bus everywhere they travel to provide for his family. This family drives to California, Utah and Arizona.

When spectators walk into the event, it takes them back in time. If they remember the ‘60s, when this bus became iconic, they might just recapture the feelings of that era when visiting this event. 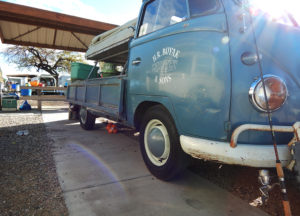