Butterburgers Hot Off The Grill At New Havasu Culver’s 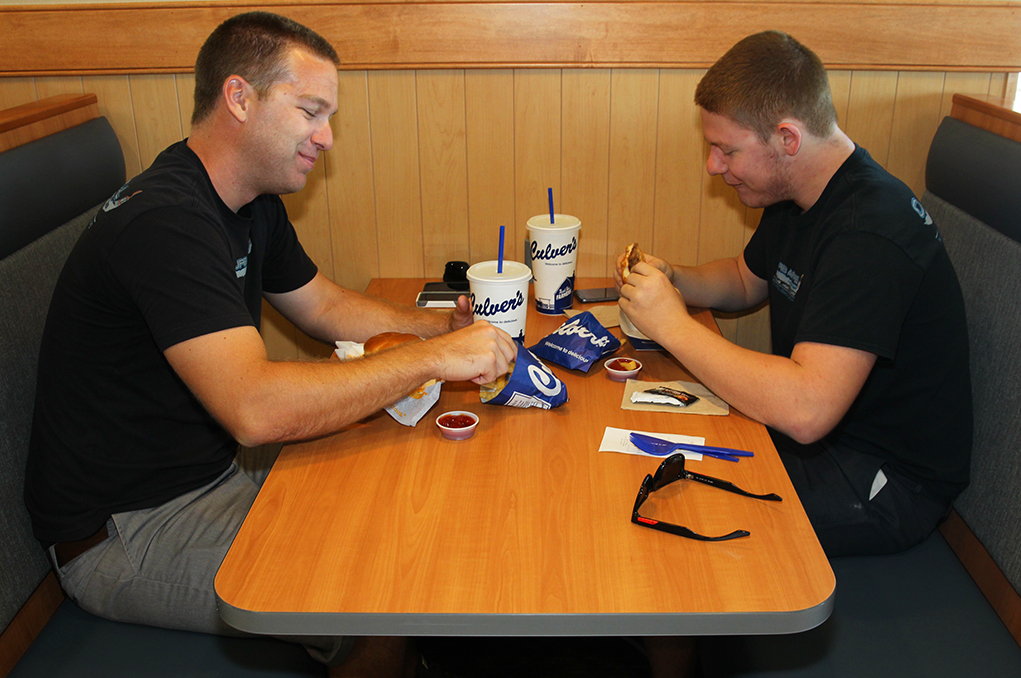 Something new is cooking in Lake Havasu City, besides the pavement.

Culver’s has arrived and is up and running, ready to take orders.

Monday morning, the restaurant opened its doors and in less than an hour, the place was packed.

Families, couples and friends filled the tables as busy blue uniforms worked to dish out the made-to-order menu items.

Anthony Rivello said that his favorite part of Culver’s is its customer service.

Brandon Moreno joined the two at their table as they enjoyed chicken strips and milkshakes.

Randy Habeck commented on the “comfortable and relaxed atmosphere.” 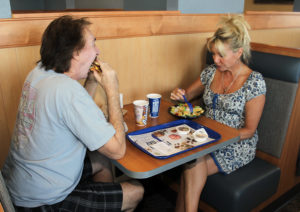 Randy and Susan Habeck eat their burger and salad Monday afternoon during the grand opening of Culvers. Jillian Danielson/RiverScene

Habeck and his wife, Susan, enjoyed the frozen custard special of the day. “We like that there’s a variety of foods,” she said. Habeck said, “It’s not just hamburgers. …It’s different, it’s very different.”

Marc Zettel has been a Culver’s fan for a while, before it even made it to the Phoenix area. His favorite part about Culver’s is the “food quality and consistency.” He said, “It’s always good no matter which one you go to. …It’s a cool restaurant all the way around.”

Local Jake Anderson said the butterburgers and custard are the best part of the Culver’s experience. He’s also excited about the Havasu location. “It’s great that I don’t have to wait until we go to Phoenix for the next time we go to Culver’s. Now i can go, ‘Oh, it’s Tuesday, my day off. Now I can go eat Culver’s,’” he said.

Culver’s has been under construction since March.

Franchisee Lukas Stewart said, “I’ve been working for Culver’s for about seven years, since 2009.” Stewart started as a crew member and worked his way up with the help of his mentor Dianne Mayer. 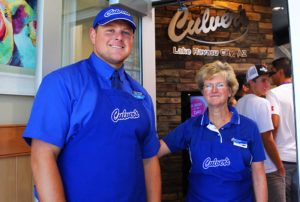 Owner Lukas Stewart and Dianne Mayer pose for a photo at the Culvers entrance. Jillian Danielson/RiverScene

After completing a mentor program and 16 weeks of training, as well as two previous restaurant openings, he was ready to open his own Culver’s here in Havasu.

“We just felt like with the demographics, with Lake Havasu and everything, that it would be a great fit for Culver’s and we’ve been getting a great report from the community; a lot of hype, a lot of excitement. I couldn’t ask for better people out there. They’ll just come out and talk to me, like if they see me wearing like my Culver’s polo or anything like that. People have approached me and ask me like, ‘When are you opening?’ or talk to me about the food. It’s been a lot of fun being here. …This is gonna probably be my forever home,” Stewart said.

To sum up the mission of Culver’s, Stewart said, “Craig Culver always tells us, ‘We’re not in the food business, we’re in the people business.’ We don’t call our customers ‘customers’, we call them guests. Because every time they come in here, I want them to feel like they’re a guest in my home and I want to take care of them.”

Culver’s is located at 1615 Countryshire Ave near Big O Tires. 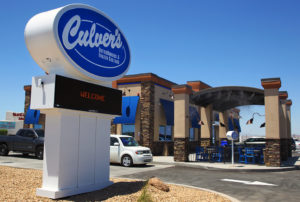 For the latest stories, photos, live videos, news, and events around Lake Havasu, check out our website at riverscenemagazine.com and Facebook page athttps://www.facebook.com/riverscenelive