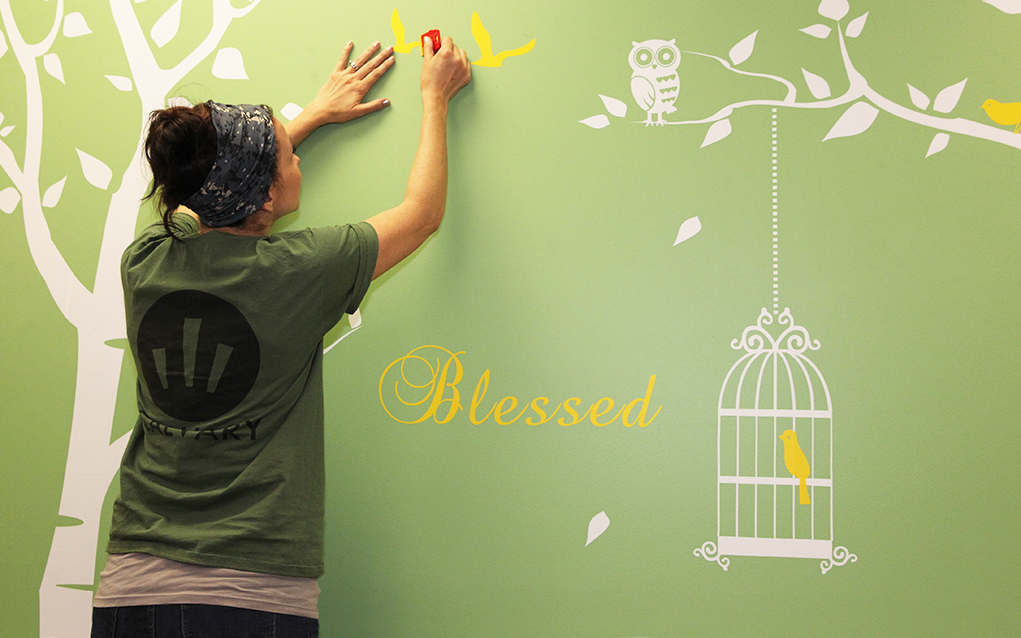 Calvary was started by 12 residents in 1971 at 1605 McCulloch Blvd South. They were pastored largely by part-time or retired pastors until 1988, when Tim Mahoney arrived. Calvary’s mission is “to lead people to a life-changing relationship with Jesus, through the love of His people and the power of His truth.”

The McCulloch South campus was a state-of-the-art building at the time, with more space than church leaders thought they would ever need. But 32 years later, church leaders realized they would need a larger space very soon, as the church was bursting at the seams with more than 1,400 attendees at four weekend services. So in 2003, they purchased the Sweetwater property. At 11.8 acres, the property was the largest tract of land still available on the south side of the city. 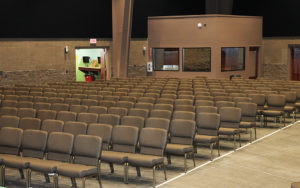 A view of the sanctuary from the stage on Monday afternoon during final preparations.

Family ministry is a priority for Calvary, which offers classes and childcare during the 5 p.m. Saturday services as well as the 8 a.m., 9:30 a.m., and 11 a.m. services on Sundays.

The South McCulloch campus will continue to be used for the church offices, Celebrate Recovery, and Calvary Christian Academy. The private Christian School has 175 students, from K3 to 8th grade. Small class sizes and fully accredited teachers allow Calvary to offer an excellent educational choice for the residents of Lake Havasu. 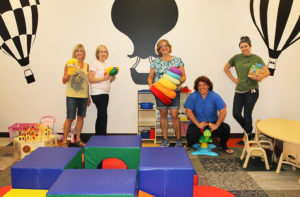 Margo Dodson, June Trubia, Kristie Kimball, Donna Kuerner, and Julie Garnass are just a few of the many volunteers helping to finish decorating the church before the opening on Saturday. Jillian Danielson/RiverScene

Calvary is a church that loves Lake Havasu, and its leaders are committed to serving their community because they live here. In their quest to help make Havasu a better place to live, they partner with: Big Brothers/Big Sisters, Cooking for Cancer, CrossRoads Car Show, Denise’s Day, Haven House, Hospice of Havasu, Interagency, Lake Havasu Police Dept., Lake Havasu Unified School District, Main Street Association, Pregnancy Care, and many more. 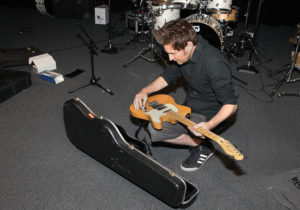 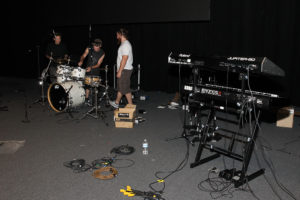 Volunteers prepare the stage Monday afternoon for the first Praise and Worship in the new building. Jillian Danielson/RiverScene 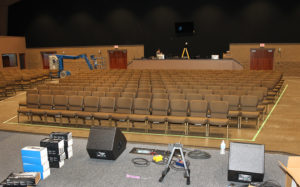 A view of the sanctuary from the stage on Monday afternoon during final preparations. Jillian Danielson/RiverScene 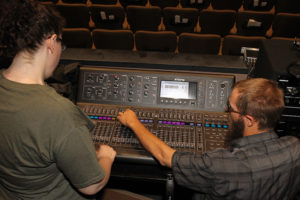 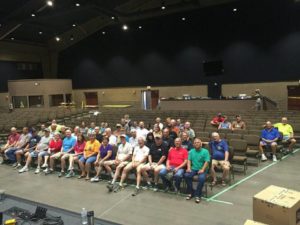 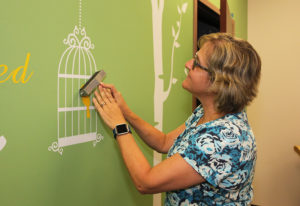 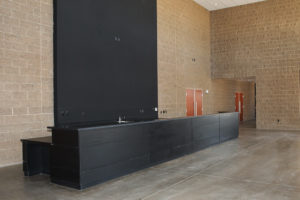