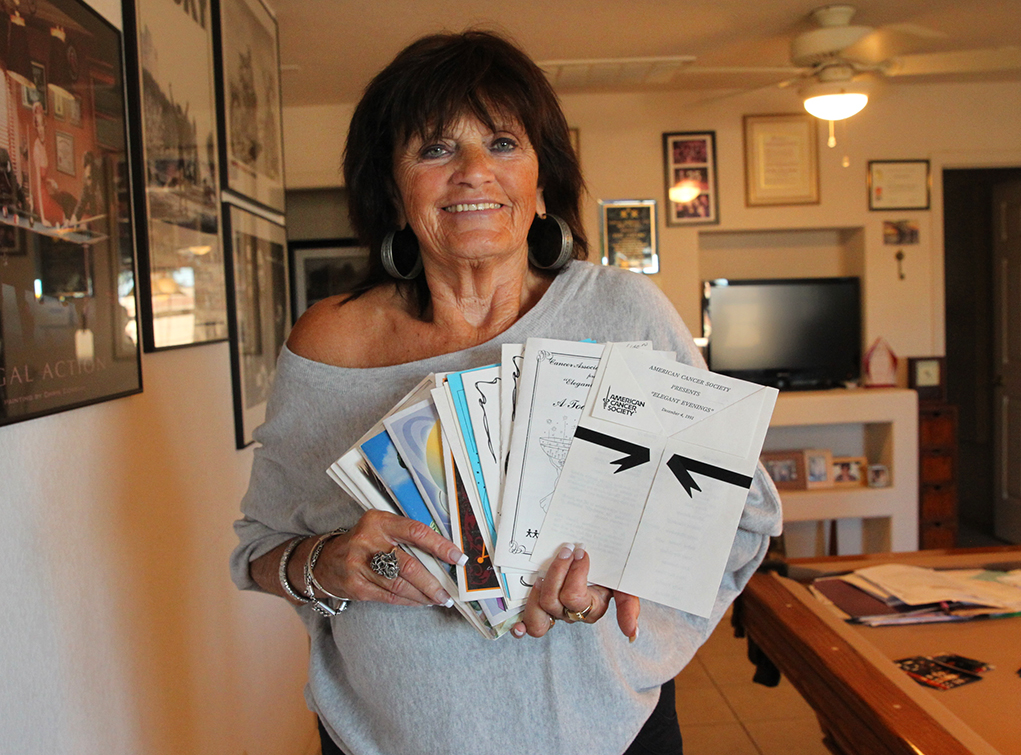 The legacy began in 1987, it was Havasu’s first night fashion show and centered on holiday evening wear. 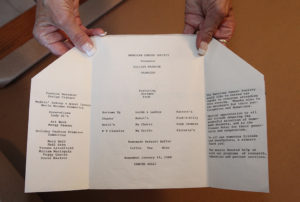 “We used to have it on Monday nights to go along with football,” said Evie Cistaro, who has formerly chaired the event through the years. “It was at the old Pioneer, now the Quality Inn, in the front facing the highway.”

One hundred tickets were sold at $10 each. The event was designed to be a girls’ night out as the men of Havasu watched the game. However, as time went on, more and more men wanted to attend, too, and so the event’s later years were moved to another night.

“We had little, round nightclub tables, bottles of wine, homemade desserts, and we sold out in two days,” Cistaro said. “We made a thousand dollars that first year.”

The tennis club ladies were the models and they’re the ones who baked the desserts. The runway was lit with red-and-green Christmas lights making each outfit seem that hue. The seating were clunky stadium benches along the walls. A Parker woman and her portable piano was booked for the evening’s music. When her car broke down halfway to Havasu, organizers were left scrambling with a tape deck as a fill in.

Yvonne Litchfield typed the first program and the organizers sat on the living room floor for hours putting them together the night before the event. 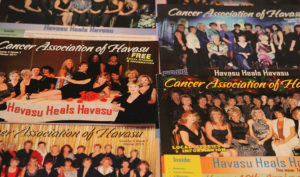 Cancer Association brochures from over the years. Jillian Danielson/RiverScene

The event did a short stint at Nautical Inn before being homed at London Bridge Resort in 1991. About 350 attended that year. It has remained there since – on the week before Thanksgiving each year.

“They’ve been a gracious host to us all these years,” Cistaro said. “Tom Flatley and Cal Sheehy has really laid out the red carpet for us.”

In 1997, Alice Pietig’s event contribution was selling ads to the show’s program and tiered sponsorships still in place today. It jumpstarted a trend of earning more money for the cause. That year, they netted $13,000. The highest earning year was the 20th anniversary, which brought the Cancer Association $35,000. In its 30 years, the event has raised at least $250,000. 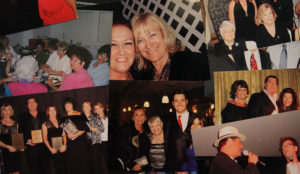 “This has been a very rewarding experience for me,” Cistaro said. “I’m proud of every one of the fashion shows and the money we raised over the years enables us to continue our programs.”

The longest running shop involved is Crown Jewels of Havasu, who came on board the second year.

“At one time, they did have clothes,” Cistaro said of Crown Jewels. “Jack Weldon, he was a kid. That was a long time ago.”

One of the longest running models to have participated in the show is Jill Connor, who has lived the last 27 years in Havasu. Her first-year modeling was in 1989, the third year of the show.

“I get to wear pretty clothes, it’s lots of fun,” Conner said. “Usually when I model, it’s with people I know. It’s a good time. Everybody has a blast. It’s just a time to laugh and giggle with your friends.”

Connor began modeling clothing for Ma Griffé. Then, it was River Rags. This year, and off and on in years past, it’s Dillard’s. 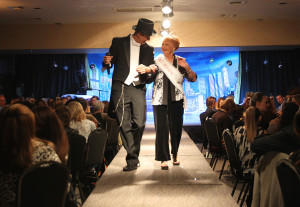 In preparation, Connor was at the megastore for three hours Friday being fitted for her three outfits. She described one as very casual and simple with tan leggings paired with a white peasant blouse and cream-colored cream vest worn with boots. The evening dress is red sparkly trimmed in black crochet that shows her shoulders, she said.

More preparation is music and rehearsal.

“The right songs help you to get out there and show your stuff,” Conner said.

In all, about 30 models are set to take the stage on Wednesday. This year’s show includes more casual clothing, bathing suits, and golf attire alongside the evening wear, Cistaro said.

Michael Alan is set to be honored at the show for their 24-hour Sleepless for a Cure, it recently raised $40,000 for the Cancer Association. Renee Hudson also will be honored for her Racing for a Cure’s Getting Dirty for the Tatas, a breast cancer awareness effort.

Crown Jewels has donated a half-carat round, brilliant-cut diamond anniversary ring set in white gold. It is valued at $999. Tickets are $25 each and only 300 will be sold. Winner announced at the show. Crown Jewels has another surprise for the show this year, too, but it’s being kept under wraps until Wednesday.

Jared Pennington is the Master of Ceremonies and Dallas Finch is providing the music. The evening includes silent auctions, 50/50 raffle, champagne, food, and entertainment. 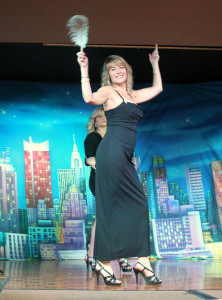