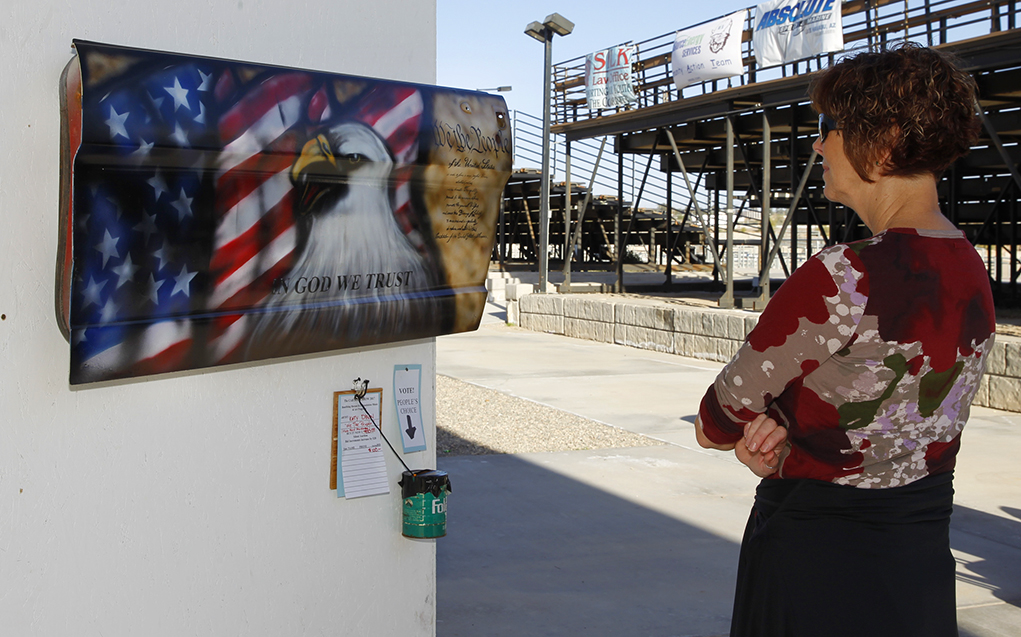 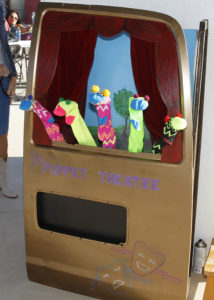 “We started this in 2013 to raise awareness about art and music in the community,” said Karen Oliphint, Car Door Show co-organizer and participating artist.

Dustin Otterbach, event co-organizer, said Oliphint’s entry was among his favorites when it cames to the 10 entries.

Oliphint said the sock puppets involved in the sculpture make her feel happy.

“It’s a door off of a water truck,” Tinnelly said. “We spray-painted it, and painted the polka dots and the cat, and we super-glued the jewels and the ribbon and the flowers.” 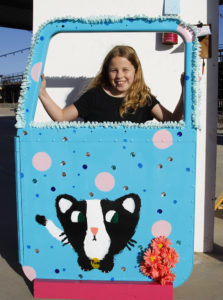 Kalei Tinnelly poses with her door that she painted. Jillian Danielson/RiverScene

In all, the project’s completion time was about three days but worth the cause, she said.

“My mom told me about it,” Tinnelly said of the event. “And, I really like art.” 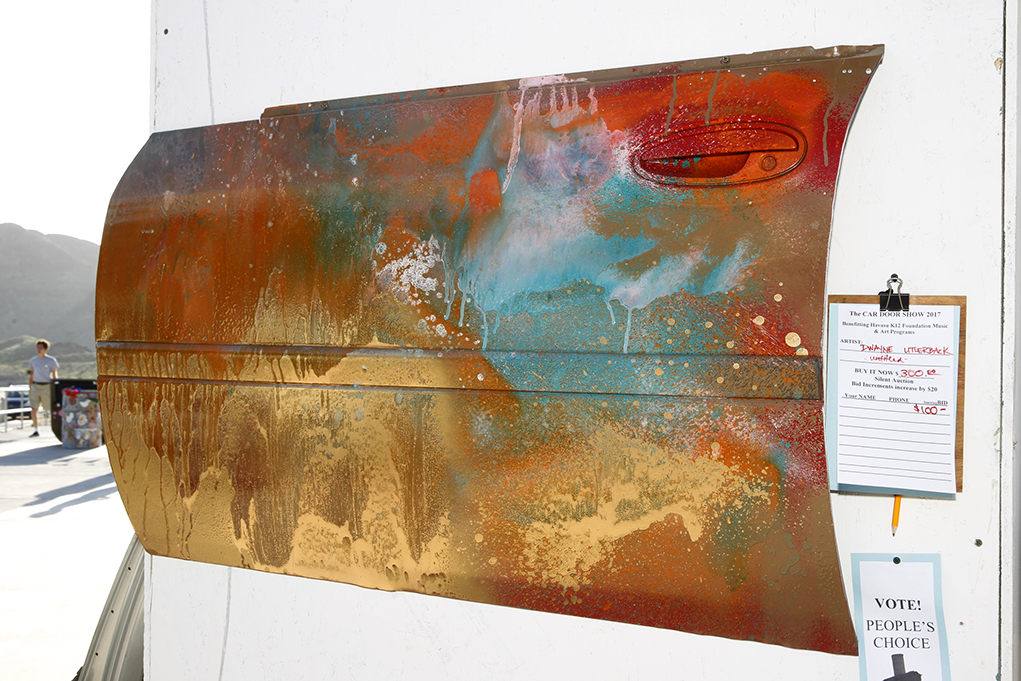 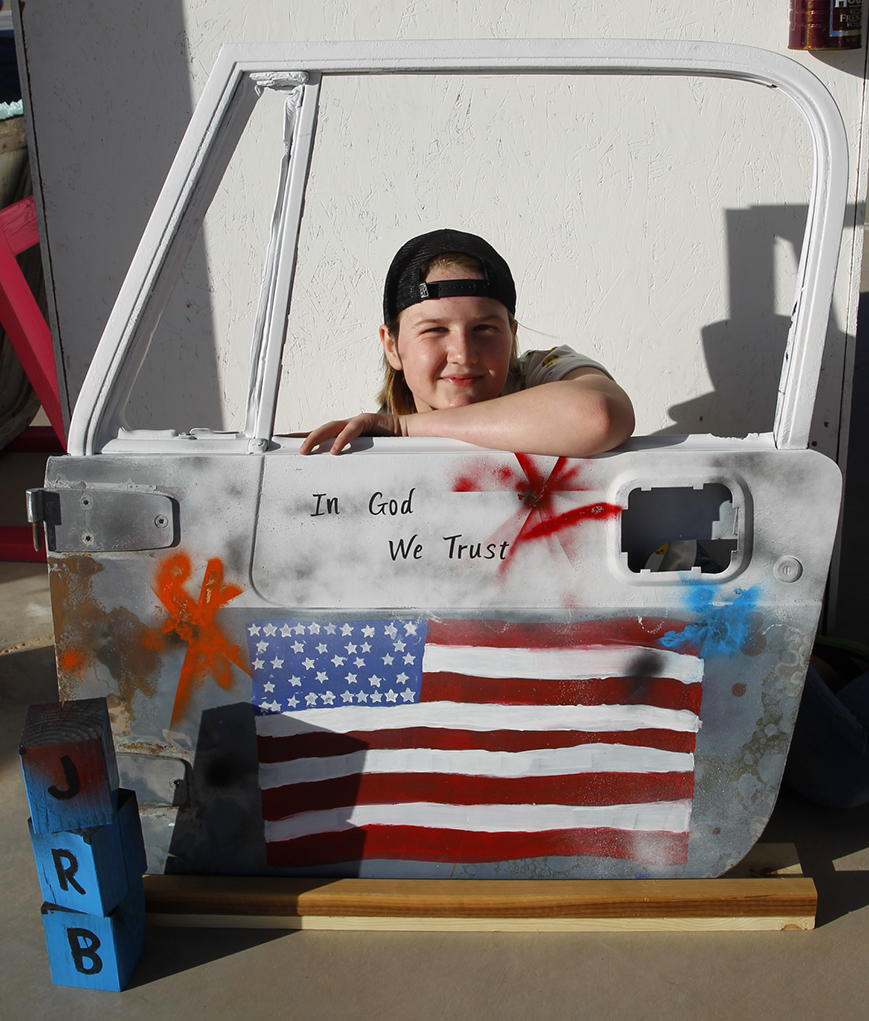 Jayde Best poses with her door that she painted. Jillian Danielson/RiverScene 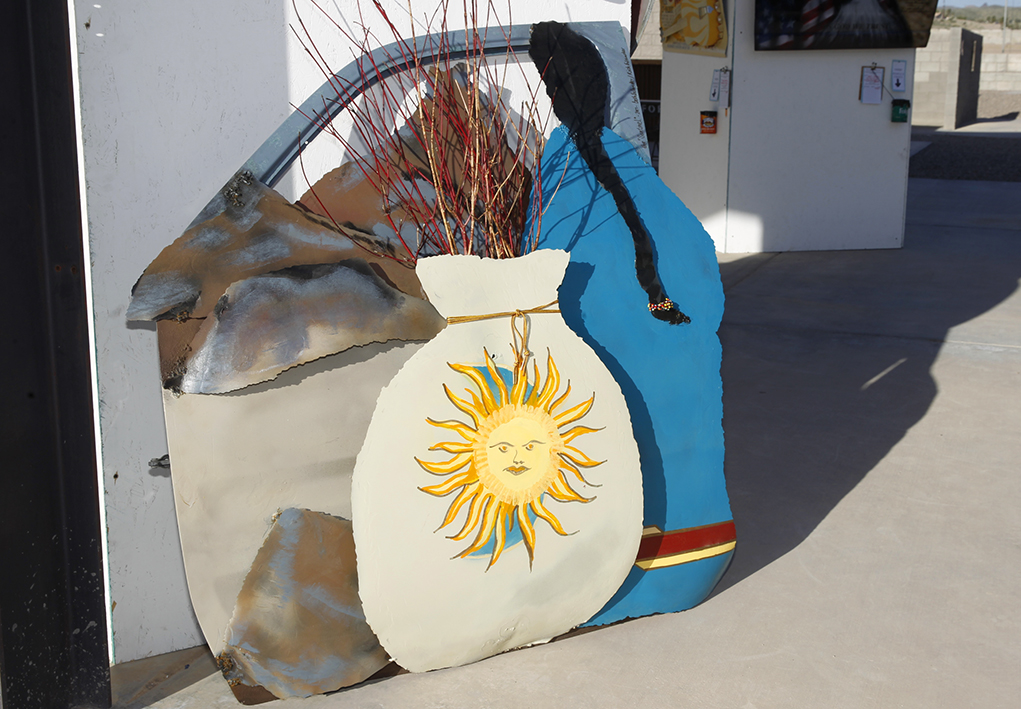