Cat Ears Movement Grows Awareness For Havasu Teen And Others 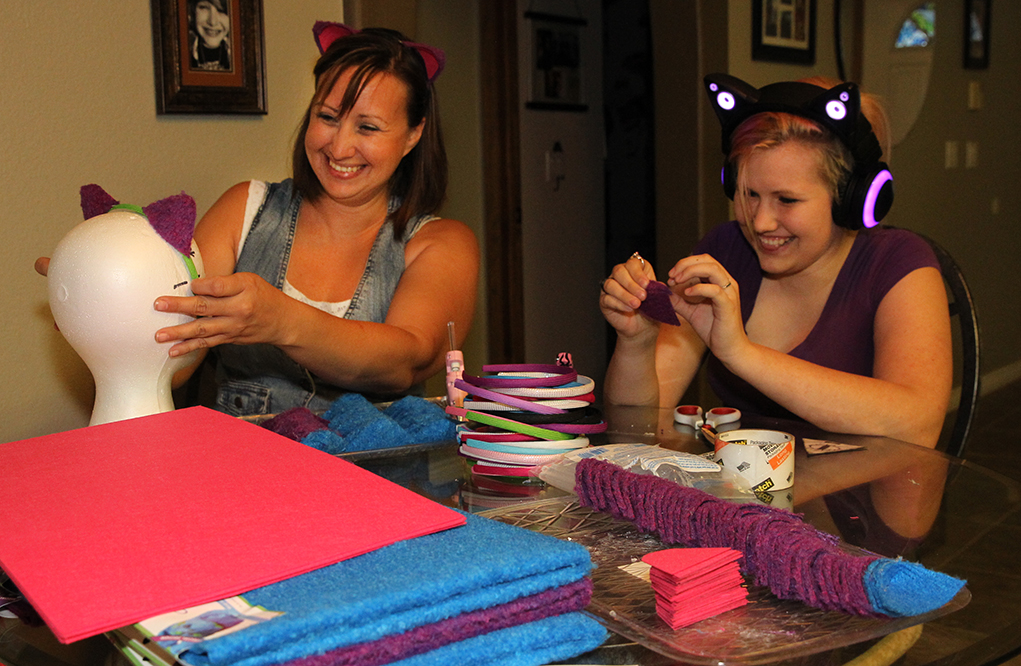 A trend of wearing cat ears in Lake Havasu City is morphing into a fun and positive movement to raise awareness against bullying in the wake of one local teen’s recent mistreatment. 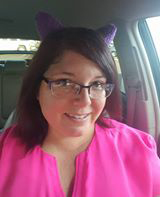 The movement was spurred by a local mother’s wish to support her teen daughter’s love of wearing the neko anime-inspired accessory. The cat ears themselves led Raeanna Simpson, 17, into an unspeakable scenario of bullying. Today, those same cat ears are used to show support for the recovering teen.

“She definitely is her own person and she gets targeted because of it.”

Raeanna’s sophomore year at Lake Havasu High School was when the cat ears came into play. They were linked to Raeanna’s growing interest in neko anime, or cat girl anime, and cosplay. She daily would include the ears as part of her attire.

“I prepared her for the extra attention,” Melissa said of her daughter’s wish to wear the ears. “I told her, you are standing out and you might get a few comments.”

It wasn’t until the latter part of her junior year at LHHS that the ears really presented a problem. 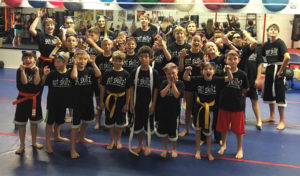 In April, a group of students began to follow Raeanna at school as they hissed and meowed at her. Soon, social media became a force to be reckoned with as a meme targeting Raeanna with her ears was posted on an anonymous social media posting app called Whisper.

“I posted something like, ‘it sucks to be bullied for wearing ears,’” Raeanna said.

The meme was in response and denoted to ‘stop the cancer.’ It was based on a photo of Raeanna wearing her cat ears. The photo was from March but the post occurred in May.

The Simpsons contacted school administrators about the string of bullying incidents but were told that Raeanna was going to have to expect to be bullied because of the ears. The mother-daughter team did not identify administrators.

The Simpsons also reached out to local police but met more closed doors. Police advised it was an anonymous posting site, nothing criminal had transpired, and for all they knew, it could’ve been a reference to a zodiac sign.

Melissa took her own action. 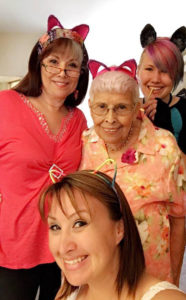 “I made her delete the app from her phone,” she said. “Then, she wasn’t going to wear her ears. She said she didn’t want to deal with it anymore. I told her to put on her ears. I’m just not going to let anyone discourage any of my kids like that.”
Melissa began looking around town for her own cat ears to wear but found none. She purchased materials and fashioned a pair for herself, her own mother, and her own grandmother. All planned to wear the cat ears for Mother’s Day to show support for Raeanna.

It’s caught on in other Arizona cities and other U.S. states, too, including California, Michigan and Pennsylvania. 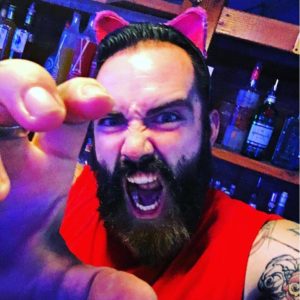 “She has a whole new confidence about herself,” Melissa said of her daughter. “She reaches out to others who are depressed or suicidal to let them know there’s more, there’s a purpose. Get help. Talk to your parents. She has become a real advocate for others.”

The Simpsons agree that being different is something to be celebrated. The duo works together to make the ears. Raeanna cuts and shapes the felt and materials into ears. Melissa glues them to the headbands. It occupies a few hours each night.

They’ve made an estimated 200 pairs since mid-May with more orders pending. The cat ears are made and delivered or shipped at the family’s own expense.

Local do-gooder Rich Crayne, of Pay it Forward Havasu, stepped in to help organize an effort in the community to spotlight the cause. 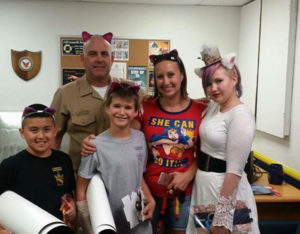 “This is just a terrible thing for this little girl to go through,” Crayne said. “Who is society to say this is or isn’t the way it should be? … My focus is helping others and if I can use my voice to help bring some sort of awareness to the project then that’s what I’m going to do.”

Crayne stepped in with his own network connections to help the family organize an awareness event. It’s set for 8-11a.m., June 11, at Starbucks, 55 Lake Havasu Ave., in Havasu. Local Girl Scouts troops 1892 and 1925, led by Jaime Snethen, will be onsite helping to make the ears for visitors that day. 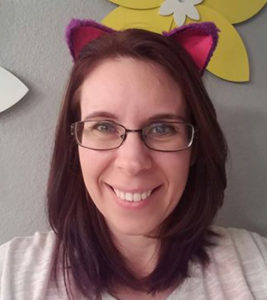 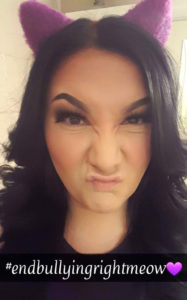 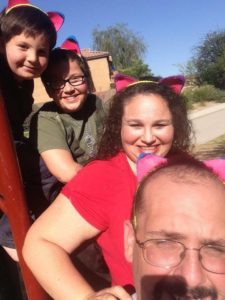