Caught Being K.I.N.D at Havasupai Elementary 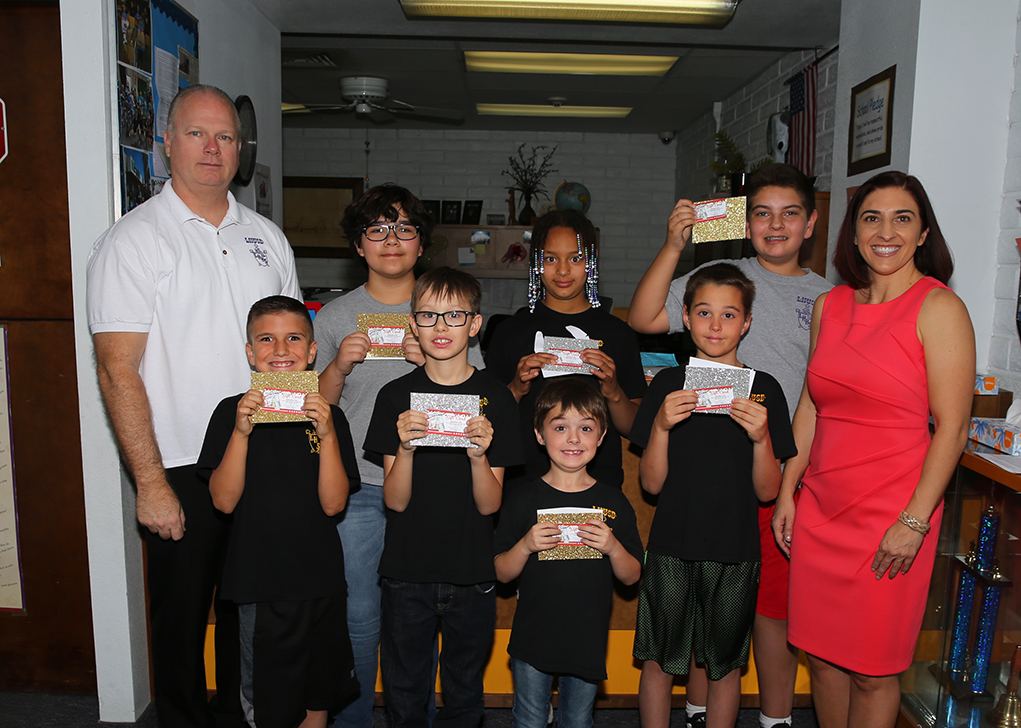 More Kids Involved in Nice Deeds (K.I.N.D.) were spotted this week at Havasupai Elementary School. The group of 8  students were recognized performing a thoughtful gesture to faculty, staff or a peer student.

Each student that was caught being kind was awarded a $10 coupon from Heather’s Water and Ice. The donations were presented by Jaime Festa-Daigle of Only Orchids.

Here are the Havasupai students who were caught being K.I.N.D. and quotes from the ones that wanted to honor them:

“Carson read to another student so he could answer the question from our short story.”

“At recess last week, Jonathan was helping calm down another student at lunch as some of the kids were joking around at the cost of the student. Jonathan said ‘We were joking, but we took it too far.’  I said, ‘well, I’m glad you recognize that, thanks for taking the time to make it right.’ ”

“He then proceed to walk around with that student, at first the student wanted to be left alone. I watched for awhile how Jonathan handled himself, it was the kindest thing I’ve seen from that age of a boy.”

“Donavon has surprised me a couple of times recently. He has helped another student tie his shoes without being asked and has been offering to assist classmates with AR tests who need assistance.”

“Always comforting others when having a bad day or hurt at recess.”

“Always helpful to others whenever needed.”

“Most improved this year.”

“She is always a kind, considerate, and willing to work with any students that I ask her to. She is also very patient with others.”

“Johnny opens the office front door in the mornings for staff members that have their hands full while he waits to go to recess.”  (Johnny Gray not pictured in feature photo)