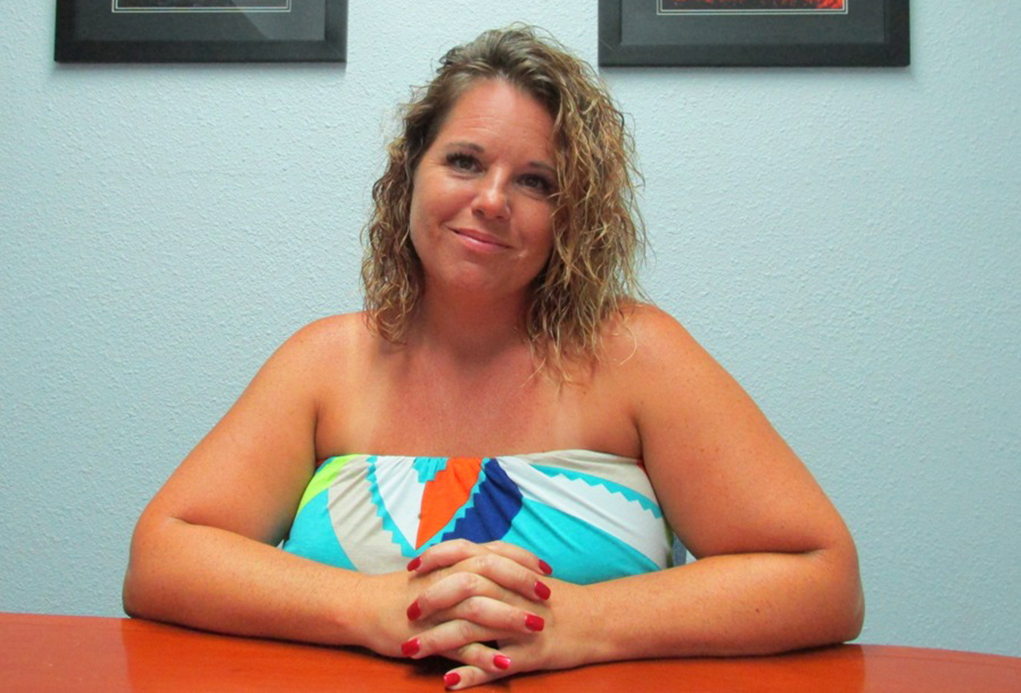 “I was 11 years old when I first remember being curious,” Hoffman said Thursday. “I couldn’t figure out why my dad was so dirty every time he’d come home from work.” 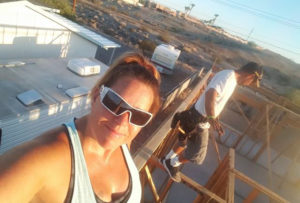 She’d shadow her father on his construction sites working as a laborer, a go-fer, cleaning up areas of the site to help out. At 13 years old, she was hanging drywall. When 18, she was fully legal to operate power tools on site, at least within the confines of federal Occupational Safety and Health Administration regulations. And, at 24, Hoffman began to work as the head honcho, the superintendent on site. Now, at 38, she’d never dream of giving it up.

“I’m the most girly-girl you’re ever going to meet in your life,” Hoffman said. “I’m just not scared to get dirty.”

“Pink is my favorite color,” she said. “I have a hot pink drop cord. I had a hot pink tool bag, too, but I wore it out.”

It’s a family business with Hoffman’s father, brother, two sons and daughter, who is sometimes involved. And, no doubt the legacy and craft also will be instilled into the heart of Hoffman’s 3-year-old grandson. In the grand scheme of things, Hoffman also nurtures two dogs and a very special desert tortoise named Henry. 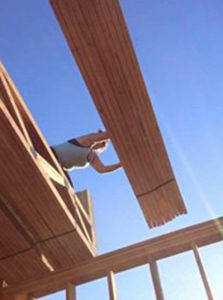 The creative outlet of her work comes within the details. She is motivated by little more than a client’s chicken-scratch design, magazine photos they’ve provided of their dream, and the know-how of coaxing it from paper to structure.

“I put together someone else’s home,” Hoffman said. “I thrive to put people into something they designed themselves. It’s like a puzzle. When you get to the end of the 3D puzzle, it’s like a masterpiece. The best part is when you stand back and look at the finished project and say, ‘I built this. Look what I created’.”

“I love everything I do, every bit of it,” Hoffman said. “I can guarantee that I’m the only woman in this town that gets up there and rolls trusses.”

Hoffman’s girl-power attitude began during her junior high years in a community just outside of Chicago, Ill. It is there she would play tackle football with the boys in her neighborhood. She was, and is, 5-foot 1-inch tall. In high school, she was turned away from trying out for the boys-only football and wrestling teams despite the neighborhood boys pleading with the coach.

“I was like, ‘why am I being penned out just for being a girl?’” Hoffman said.

After she circulated petitions for play in that community, a Powder Puff football team emerged. It was touch, or flag-football team, specifically for girls. All the while, she was a cheerleader for her peers and their teams. 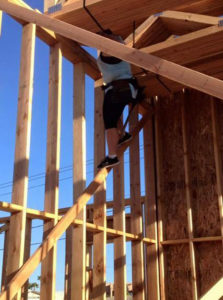 Hoffman holds educational degrees including an Associate degree in both psychology, and construction technology, three-time certifications in AutoCAD, and ongoing certifications in blueprint coding. Her schooling mostly was completed at Ashford University in Clinton, Iowa.She has worked construction in Virginia, Wisconsin, Illinois, Iowa, California, Nevada, Arizona and South Carolina.

“I’ve really been most inspired by my dad,” Hoffman said. “He would build something so neat in detail. I really had that wow-factor with him.”

Hoffman also is a Realtor commonly known around Havasu as the “Havasu Property Chick.” She hangs her license with West USA Realty, working under real-estate broker Dale Hillard, of Phoenix, and branch manager Frank Willis, of Havasu.

West USA Realty is located at 27 S. Acoma Blvd., in Havasu, and has been since November 2015. Hoffman’s model home, which was designed by her and built by her crew DM Builders, is at 2484 N. McCulloch Blvd. For more information, visit www.havasupropertychicks.com. 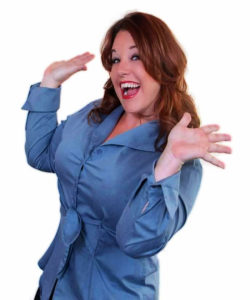