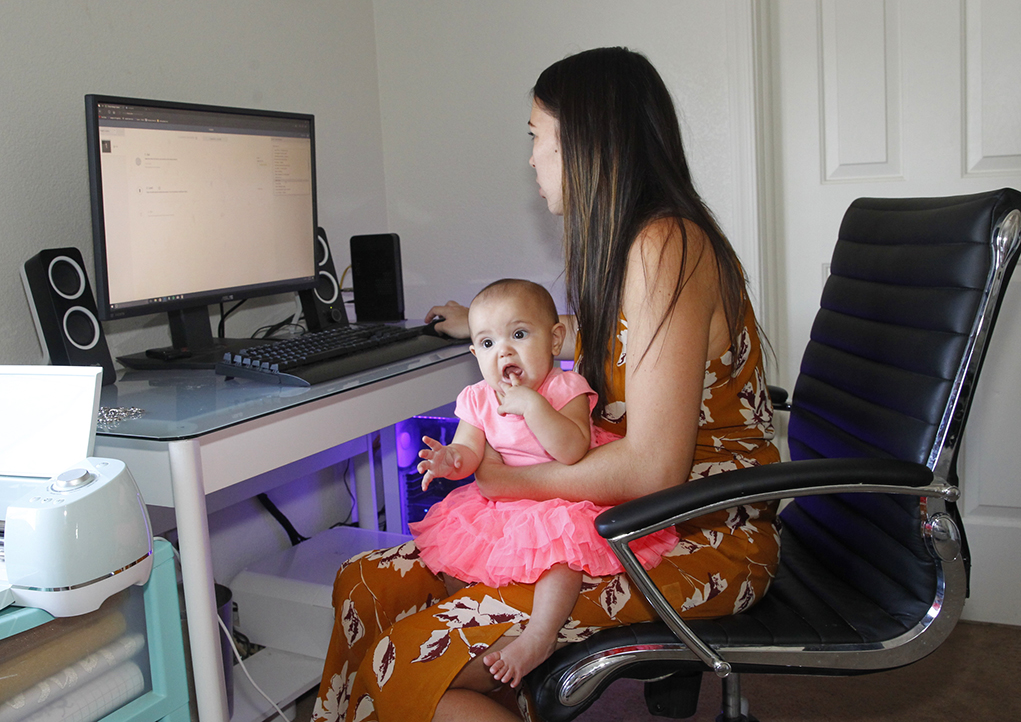 For some mothers, there seems to be only two options – stay home with the kids or go to work. For Colby DeVries, there was a third option: stay home and work.

DeVries runs DeVries Darlings, a design company that specializes in custom shirts, hats, baby bedding and more. DeVries does all of her designs out of her home, where she lives with her husband and four daughters. Her company began thanks to a simple online recommendation.

“Last year before Christmas, I had been looking randomly at die-cut machines,” said DeVries. “I started to look at videos and thought it was just the coolest thing ever.” 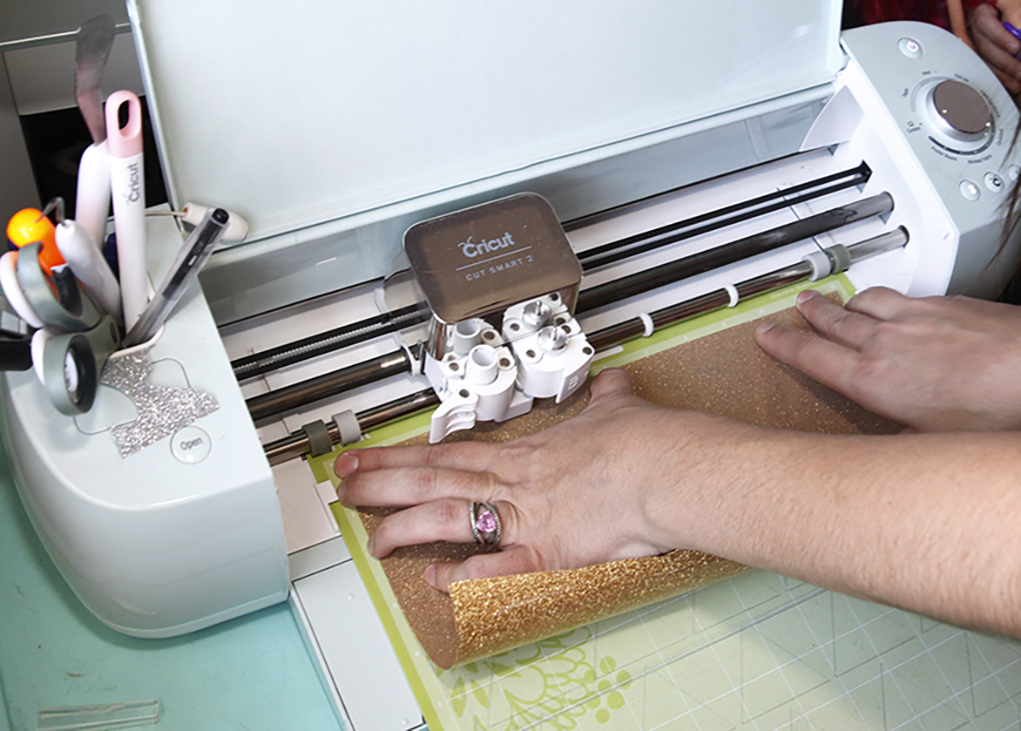 Colby DeVries cuts out lettering for shirts on her cricut machine. Jillian Danielson/RiverScene

DeVries’ husband surprised her with a die-cut machine that Christmas, but it didn’t come easy at first.

“I’m extremely impatient and a perfectionist,” said DeVries. “My stuff wouldn’t be right because I didn’t take the time, so once I had the patience to learn, I was able to make so many things, it’s unbelievable.”

Eventually, she reached a point where she was ready to share her designs with others. 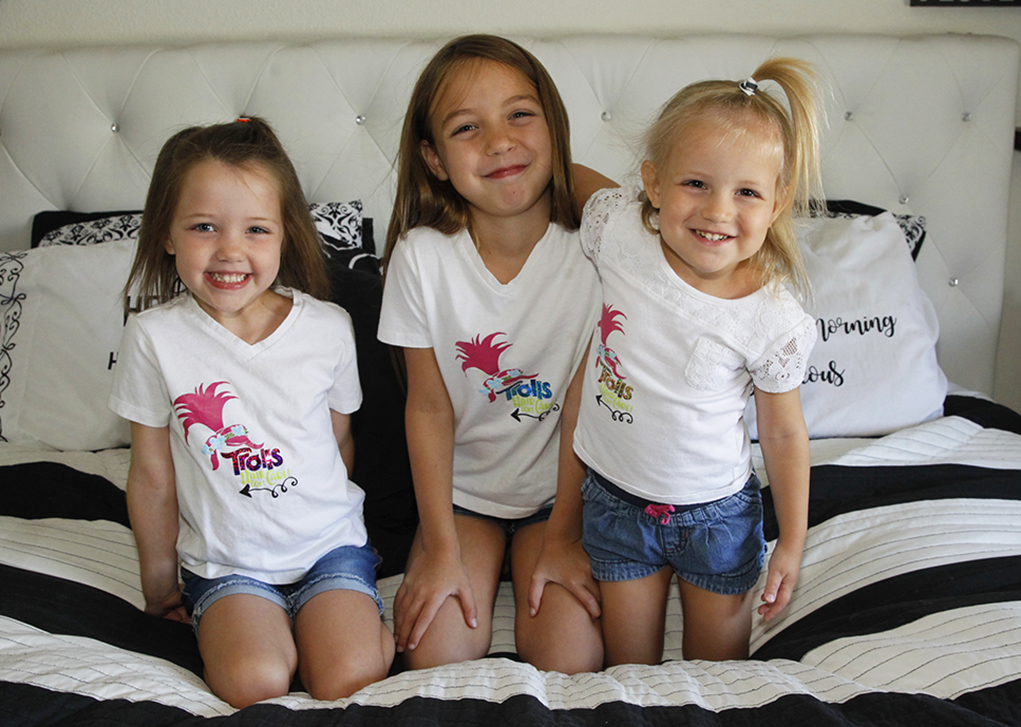 Colby DeVries’s daughters pose for a photo in “Trolls” shirts made by DeVries. Jillian Danielson/RiverScene

“I joined a few pages and craft groups and they all said they liked selling their stuff, so I posted to a few yard sale sites and people started buying my stuff,” said DeVries.

Thanks to the help of a few online friends, DeVries has been able to be involved in many peoples’ special days. 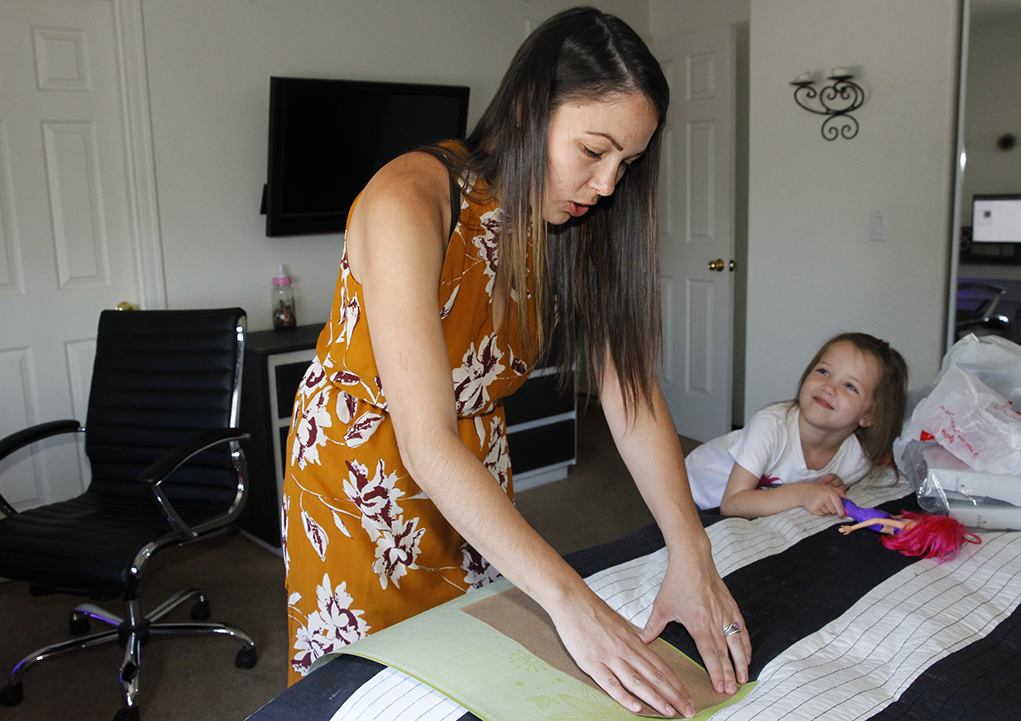 Colby DeVries preps the vinyl lettering for a shirt with her daughter Scout, looking on. Jillian Danielson/RiverScene

“I’m a part of so many peoples’ milestones, like weddings and first birthdays,” said DeVries. “It feels very special to me because I put a lot of love into each item.”

DeVries enjoys being able to stay home with her daughters while also providing for her family.

“I am able to homeschool my girls and pay for dance lessons or even pedicures for them,” said DeVries.

“It’s a sense of empowerment; I have a lot of people ask me how I do what I do, and I just do it! I get it done. I like being able to show my girls what it’s like to be a strong woman.”

Feature Photo: Colby DeVries works on the computer with her daughter, Memphis, on her lap. Jillian Danielson/RiverScene 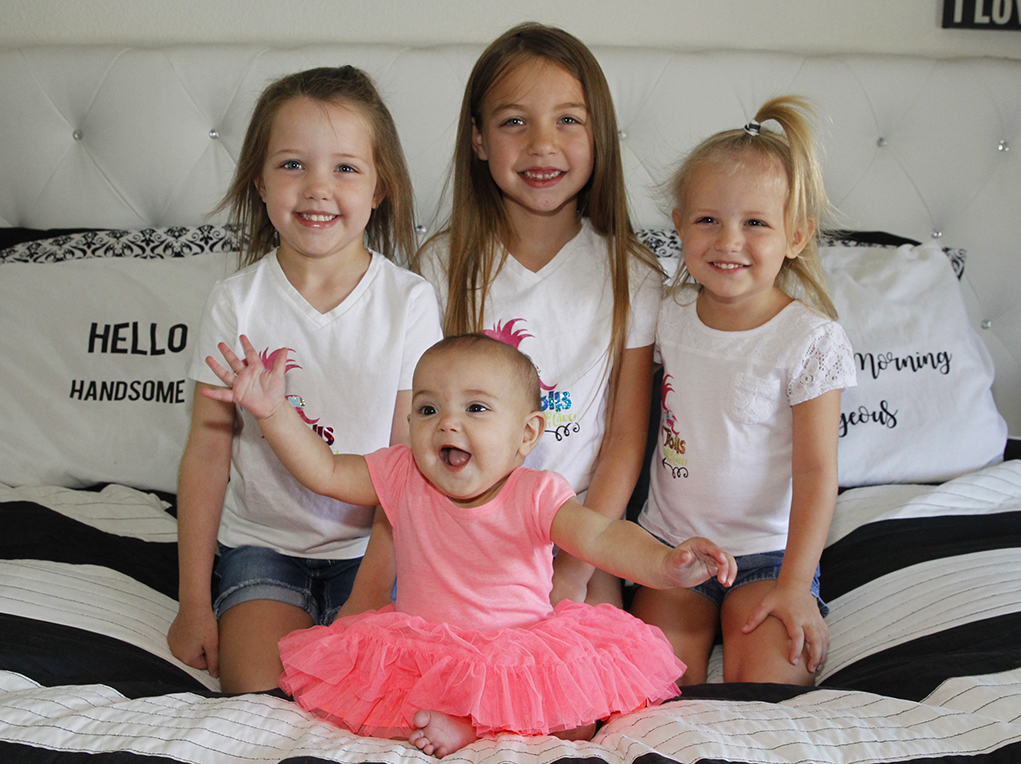